Uncle Mikey's has a hip, relaxed, DIY vibe that fits in perfectly on Dundas West. Found in the space that was formerly the PWYC Atlantic, this 25-seater is now a sake/soju/wine bar with mostly Korean-style bar snacks and Asian-inspired dishes. 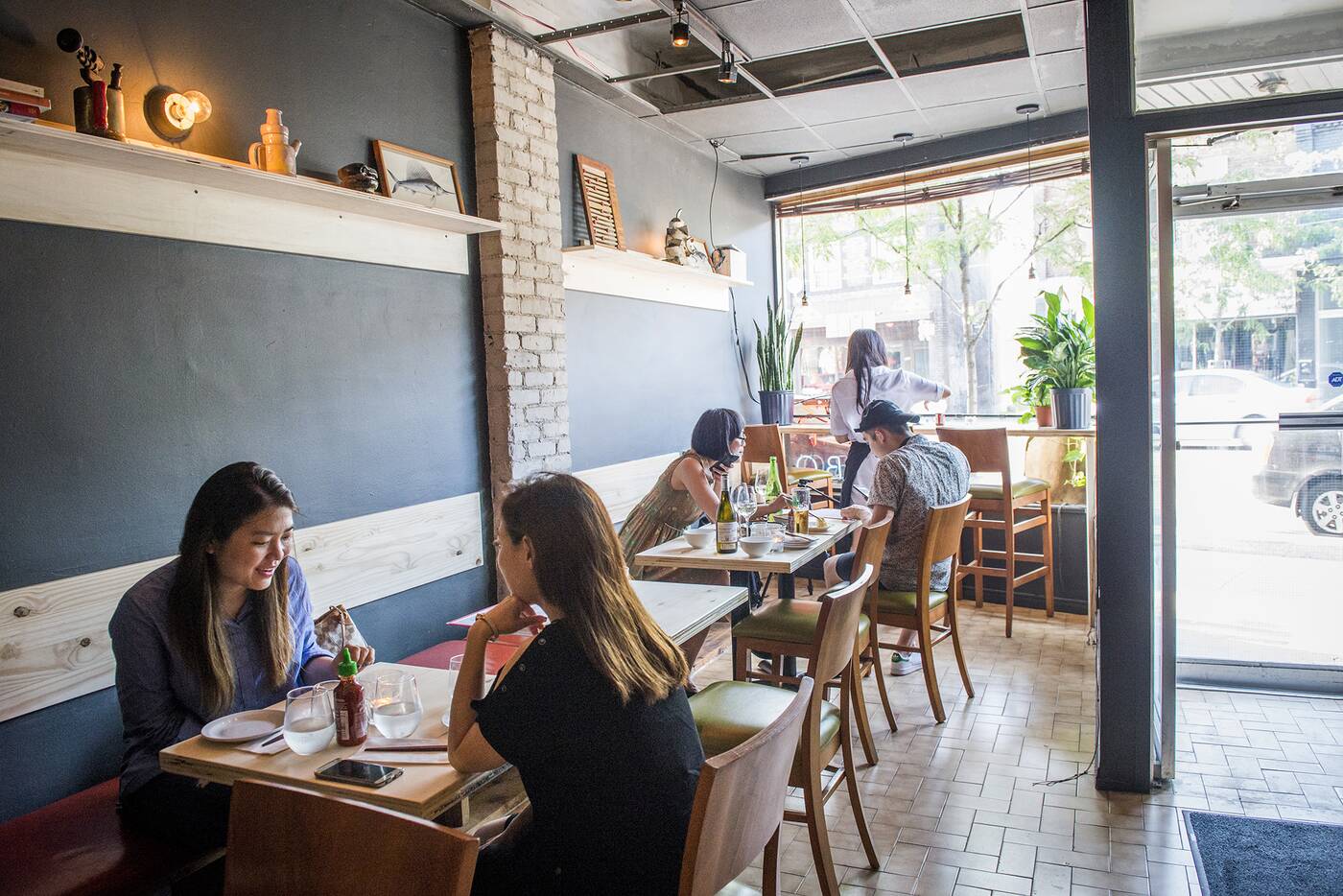 Its name came about when owner/chef Michael Kim asked his six-year-old nephew what he should name the place; Kim was given a very practical answer (particularly from the kid's perspective). The name helps lend the joint a familiar and welcoming feel, ideal for a neighbourhood local. 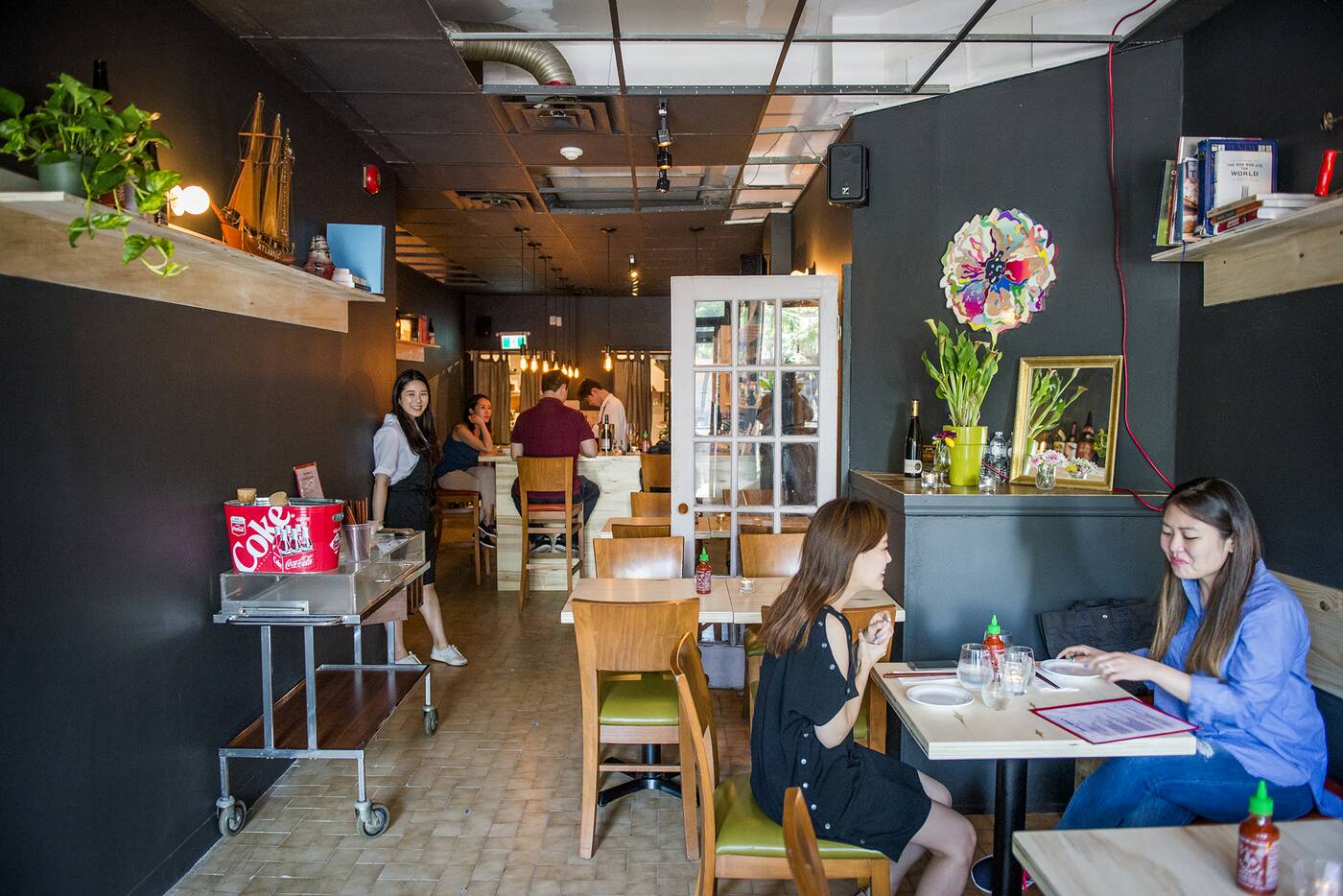 Family has played a big part in the opening of this spot for first-time business owner Kim; his father and him renovated the whole place themselves, building everything from the bar and tables to the shelving.

Kim's visual-artist sister, who used to work for renowned Japanese artist Takashi Murakami, contributed one of her own works – a colourful and intricately painted floral-looking piece – as decor. Some other decor items, such as a model of a ship, were leftovers from The Atlantic. 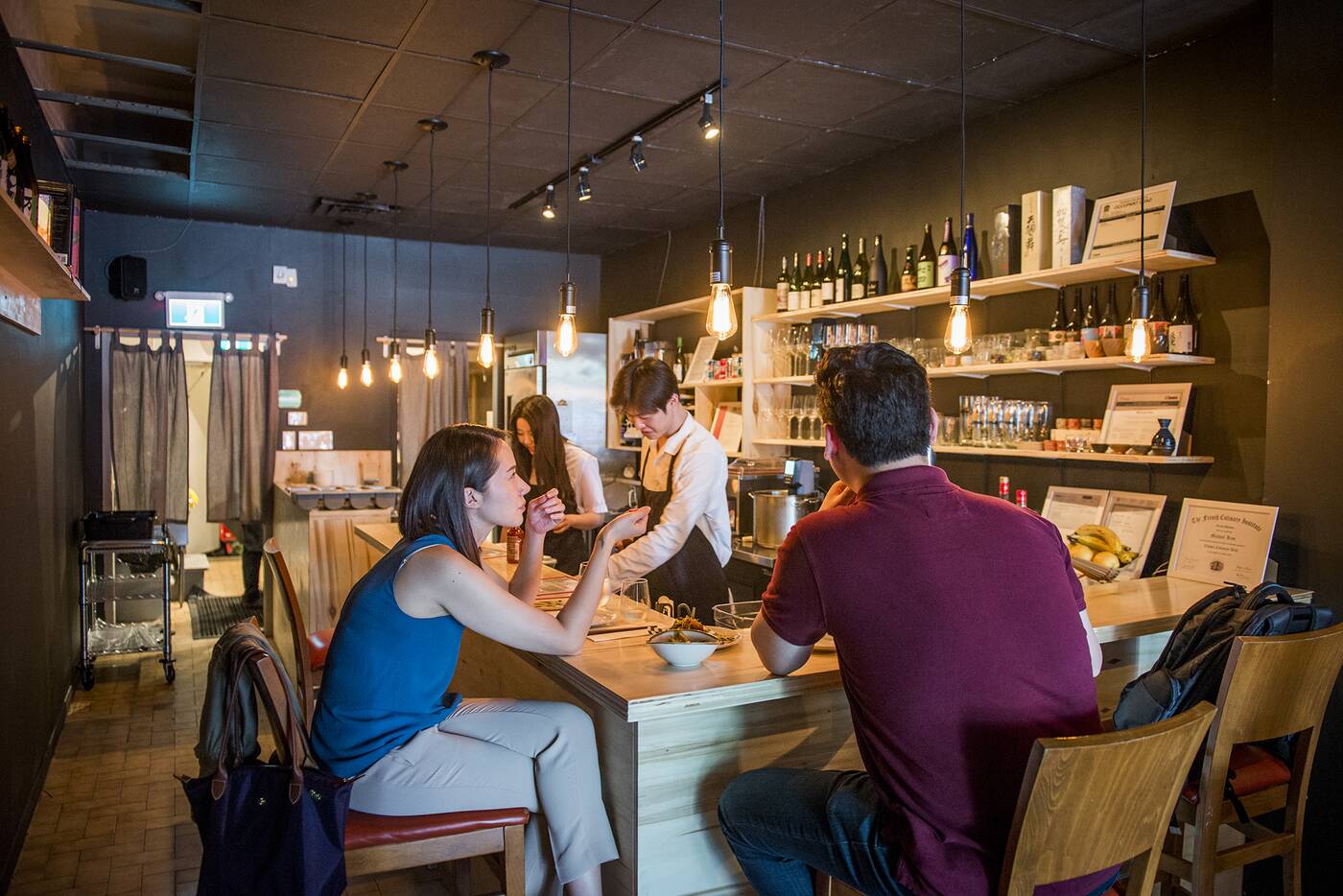 Born in Seoul, Kim has lived in quite a few places: when he was a kid, his family moved to Vancouver; he came to Toronto for post-secondary; then he went to NYC to train at the French Culinary Institute to become a chef. His cooking contains influences from everywhere he's lived. 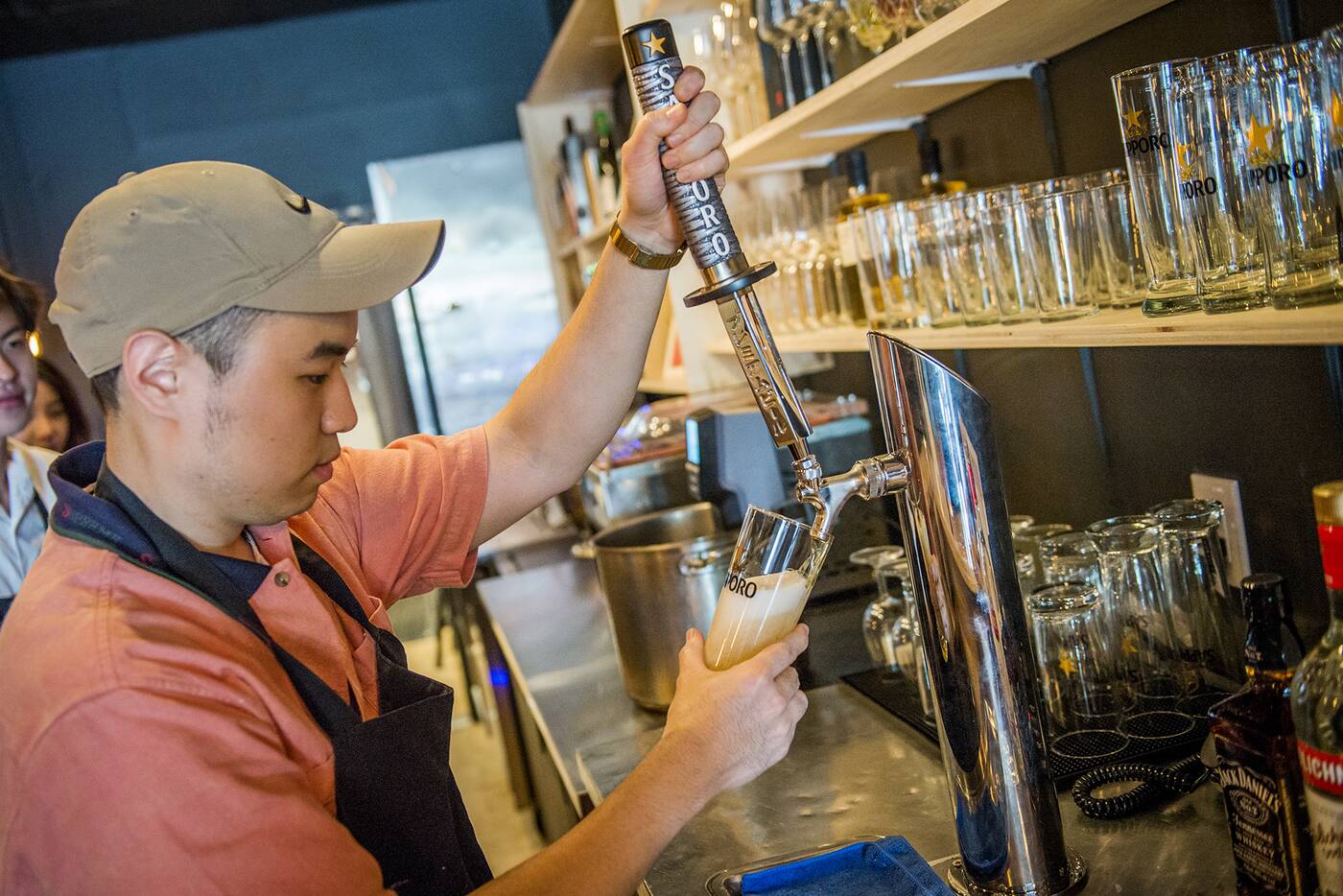 There will eventually be a full bar with a cocktail list, but currently, the most interesting choices lie in the list of Japanese rice wine on offer. 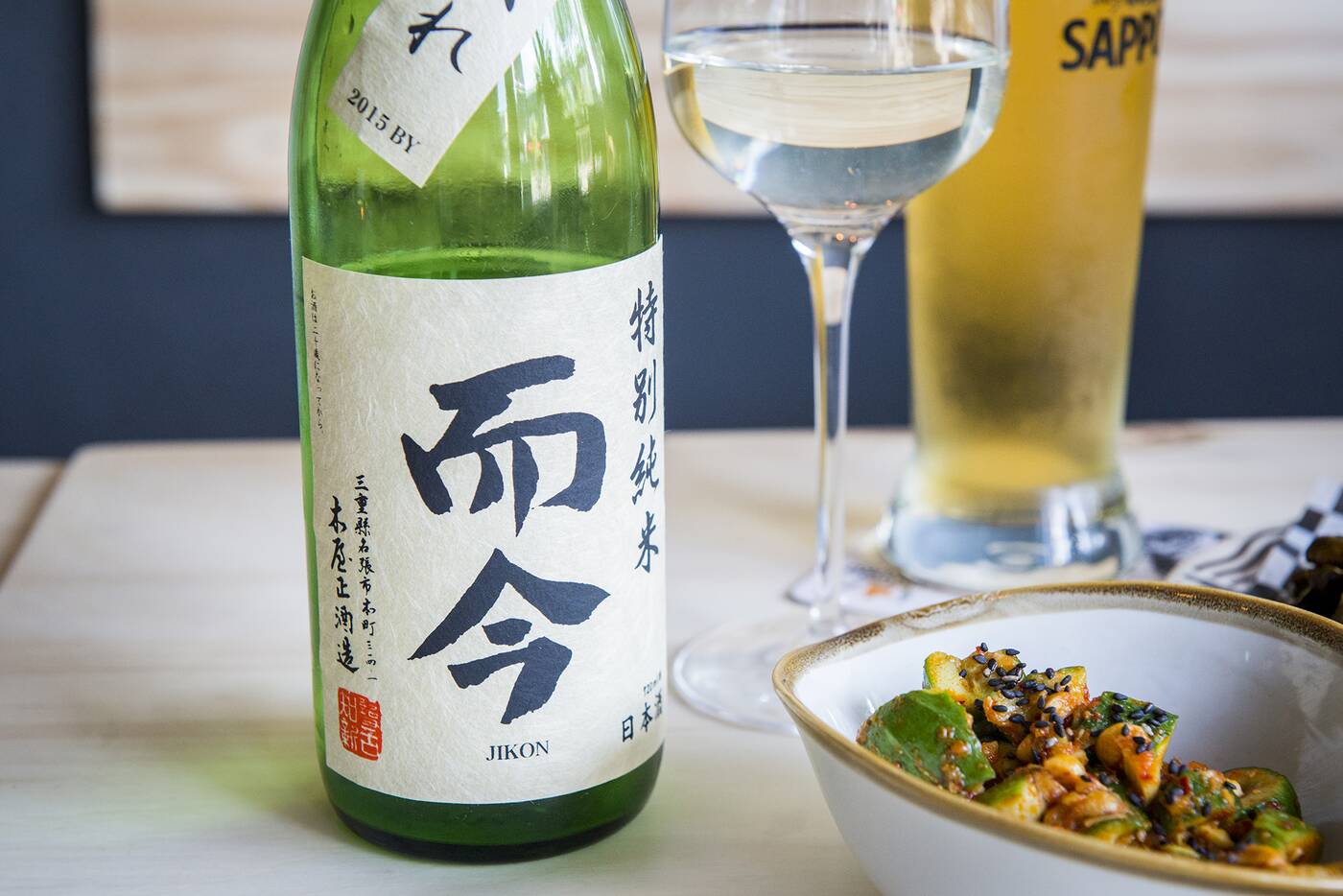 A 2015 bottle of a very limited and much-sought-after Jikon Tokubetsu Junmai sake ($100/750ml) has Kim most excited; it's made by a famed Japanese sake producer, and I have to admit it's some of the best sake I've ever tasted. It's delicately complex and well balanced with a clean finish. 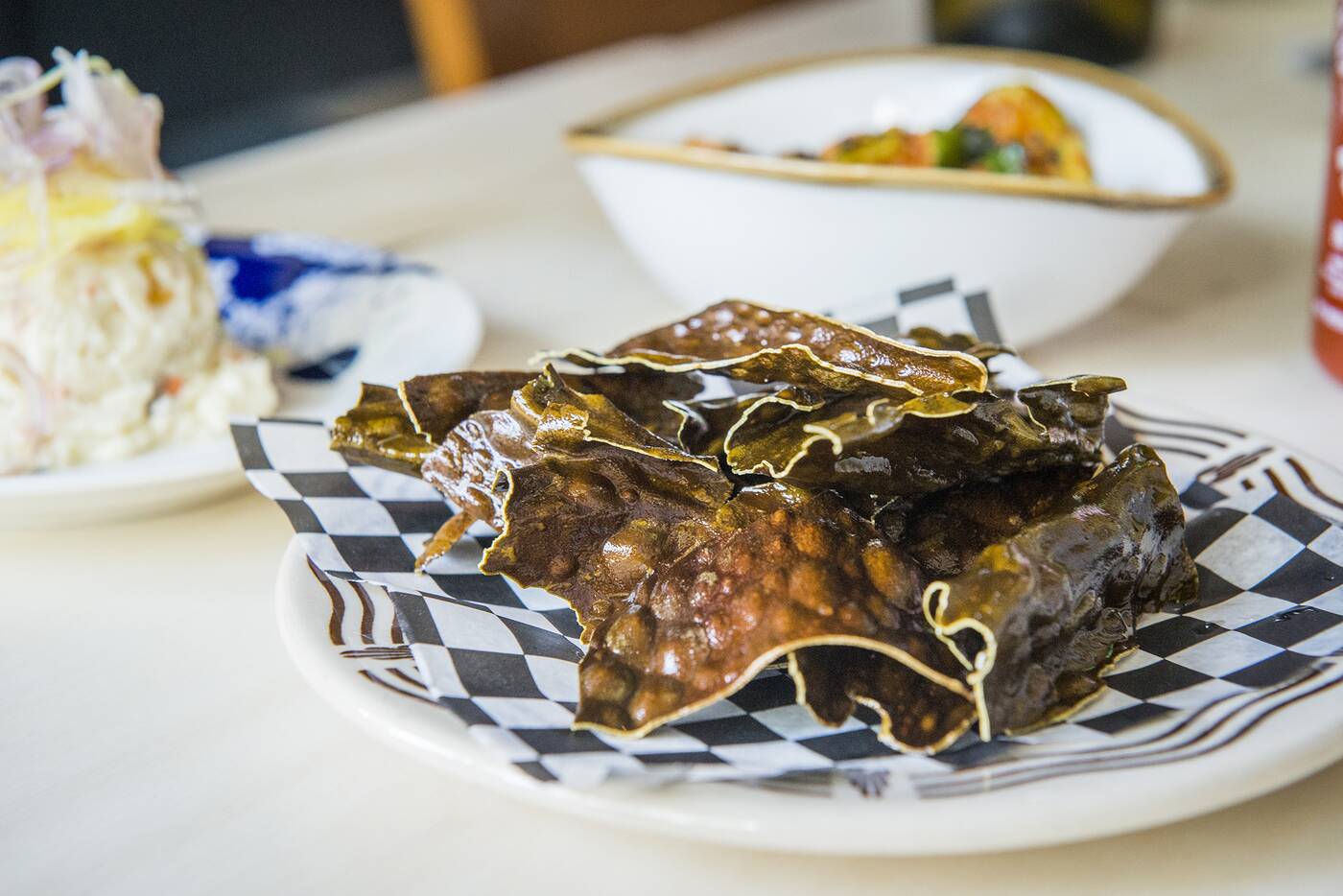 As for the eats, Kim is cooking what he personally wants to tuck into – his own version of comfort food using seasonal, local ingredients whenever possible.

Sharable bar snacks like Tuidak ($3.50) go well with beer or sake; the saltiness of the addictive and crunchy deep-fried kombu seaweed crisps begs for the accompaniment of a chilled alcoholic beverage. 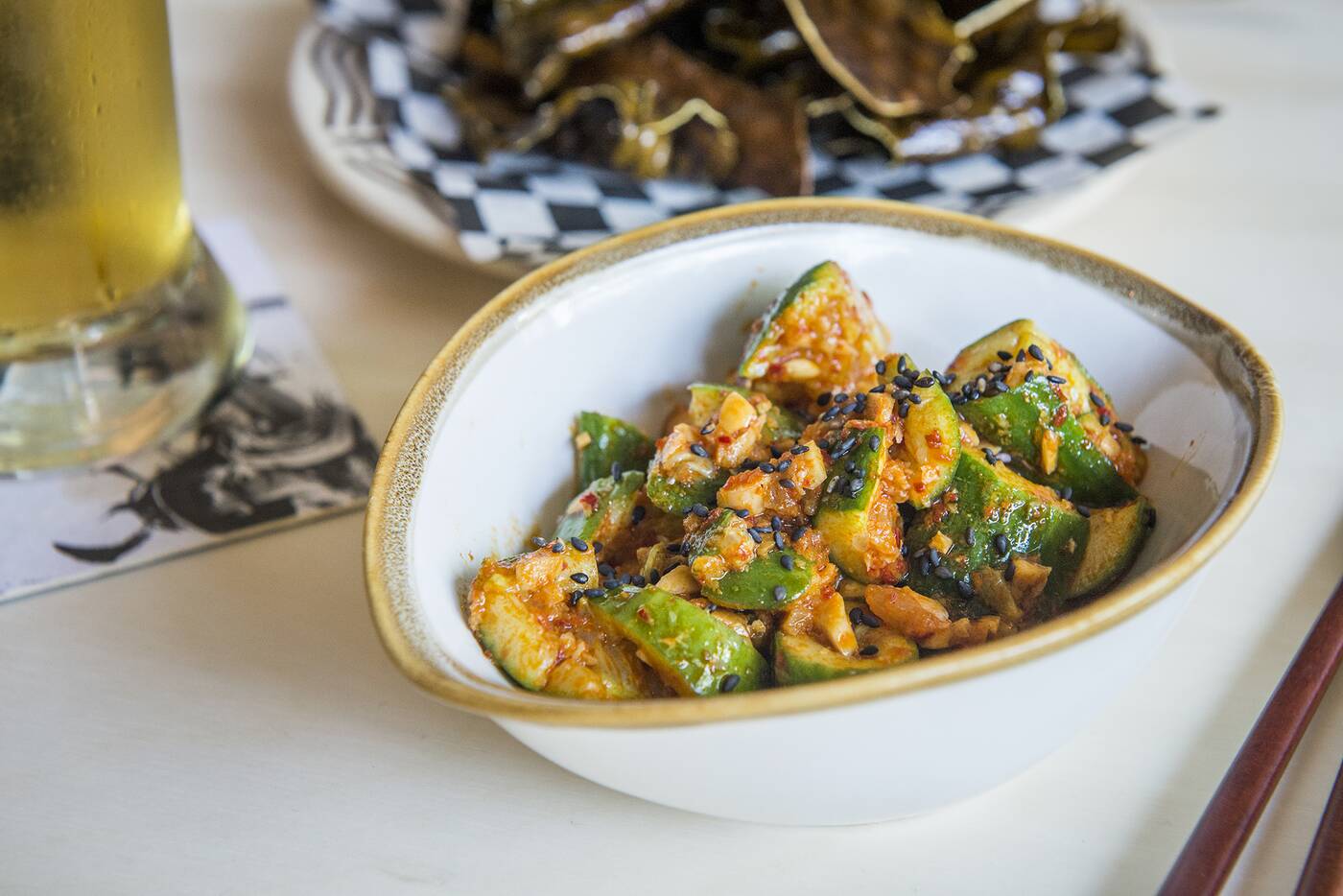 Smashed Cucumber ($4) is a small, cold dish not unlike the pickled cucumber banchan you'd get at a Korean restaurant, but made more interesting with spicy chilli garlic oil and the addition of peanuts and black (as opposed to white) sesame. 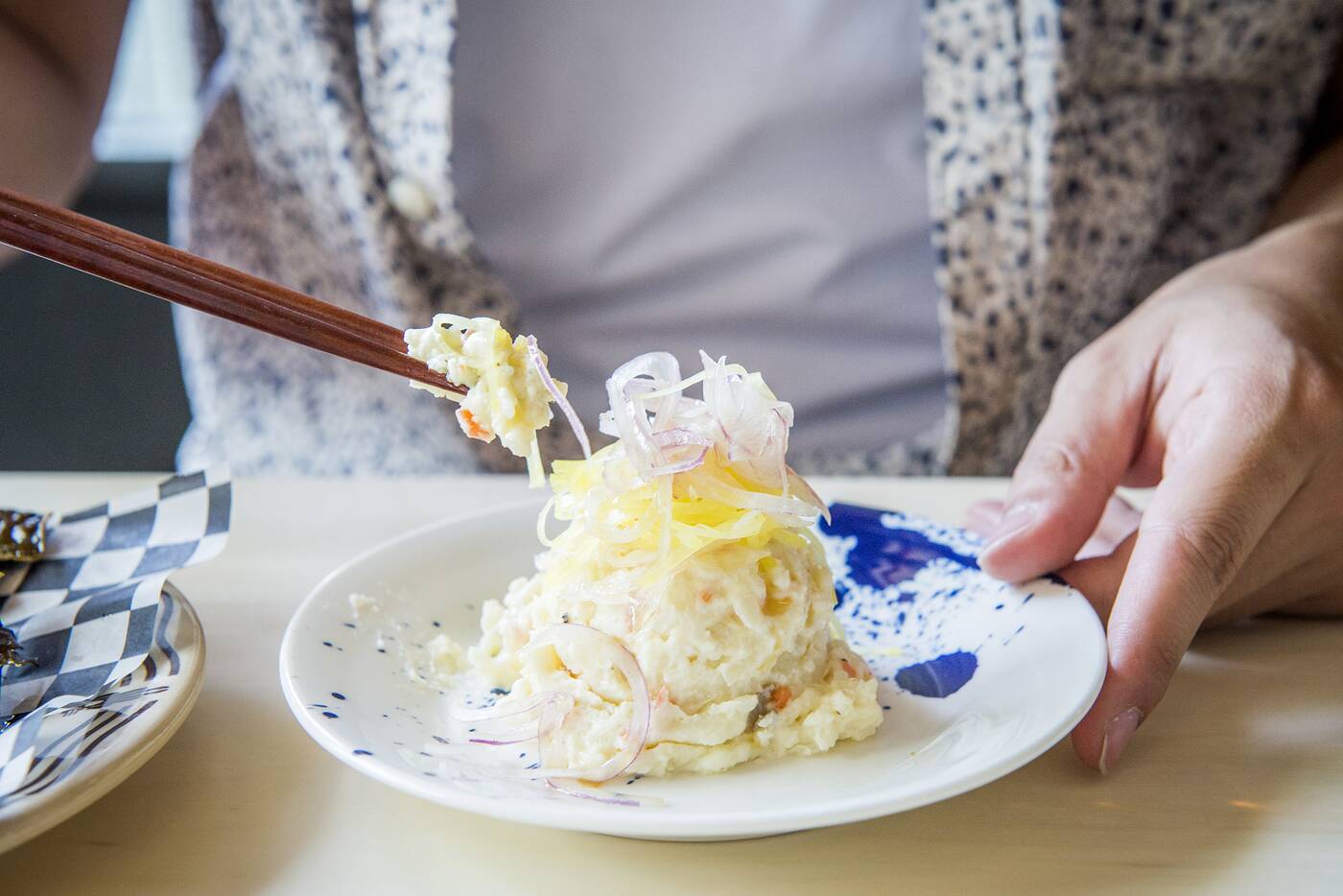 Another cold dish is the Potato Salada ($4.50), a potato salad topped with a satisfying combo of acidity and sweetness from pickled yellow daikon and shaved red onion. Its seasoning is spot on. 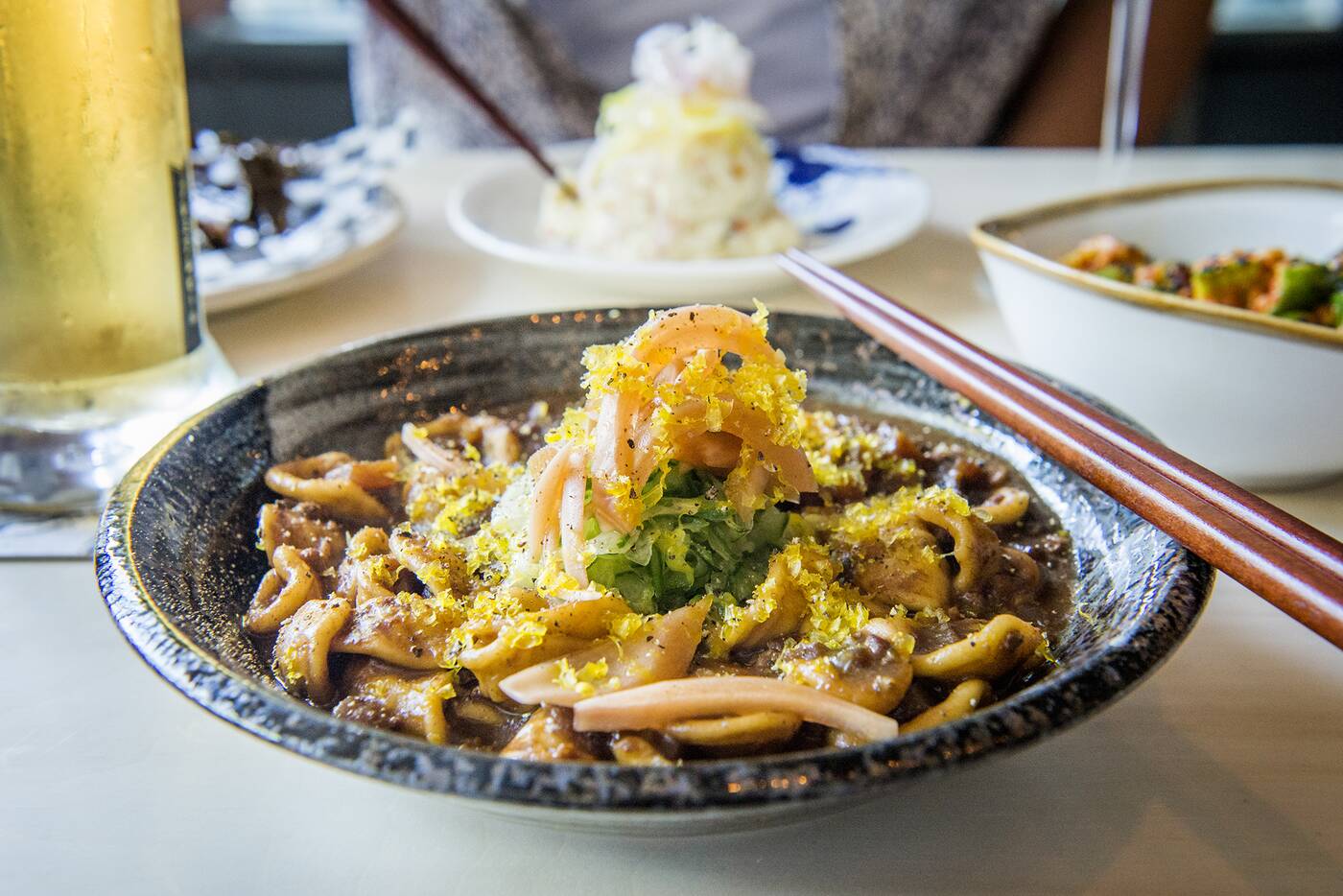 Of the noodle/rice options, we try the Jjajang Orecchiette ($13.50), a play on Korean jjajangmyeon that replaces the noodles with Italian pasta instead, so that it can pick up all of the tasty black bean pork ragu in the bowl.

It's garnished with shavings of bonito-cured egg yolk, cucumber and pickled red onion. This is definitely something I'd eat again. 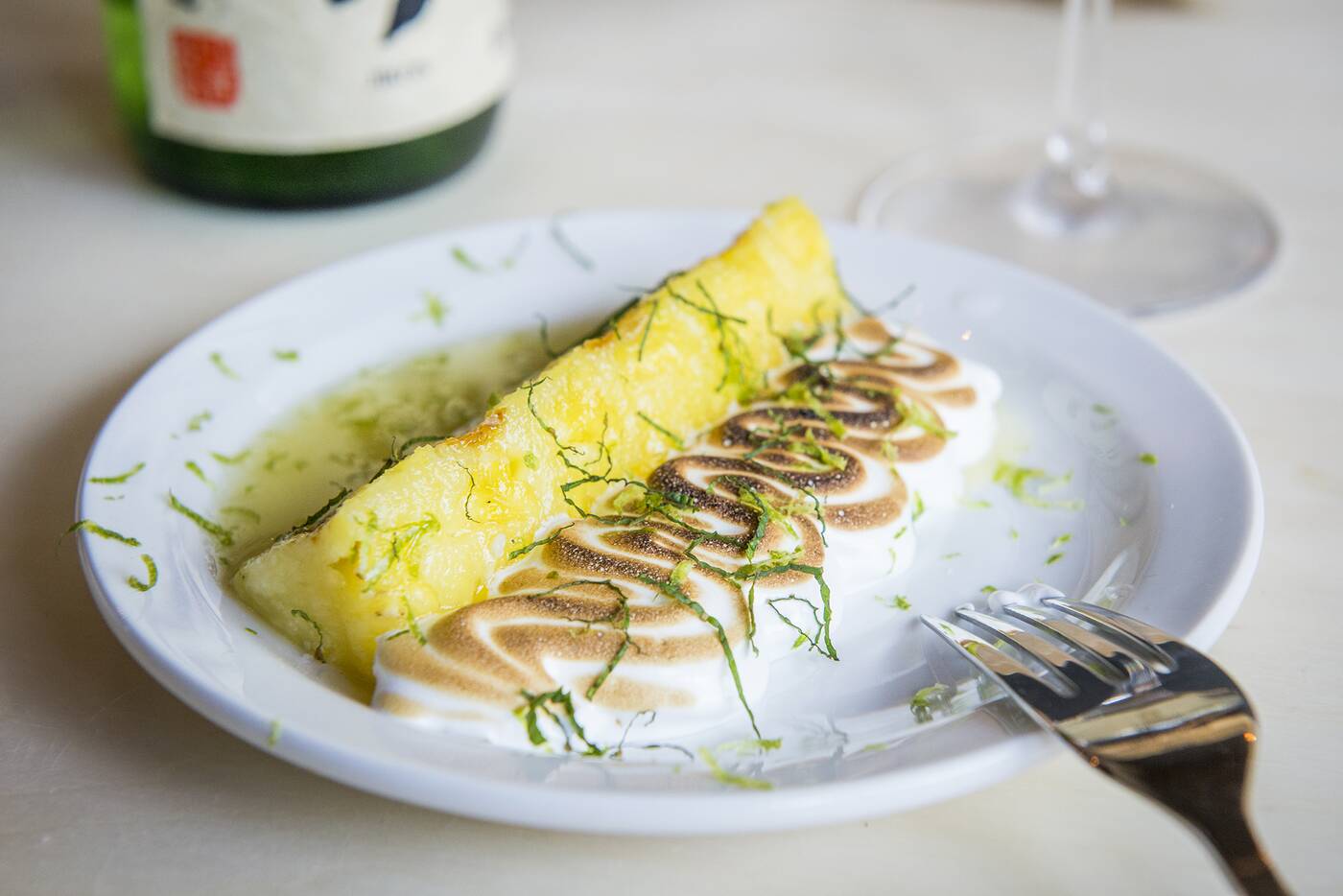 For dessert, we get the grilled pineapple ($4.50) with Italian meringue, lime zest, mint and a hint of salt. It's a lovely mix of sweet and tart, and pretty brilliant, as it tastes almost as substantial as a slice of pie yet doesn't use a pastry shell.

There are more vegetarian options on the way; currently the only meatless main is Starving Artist Noodles ($4.43), an extremely affordable and simple dish of egg noodles with peanut sauce that I'd like to try on my next visit. 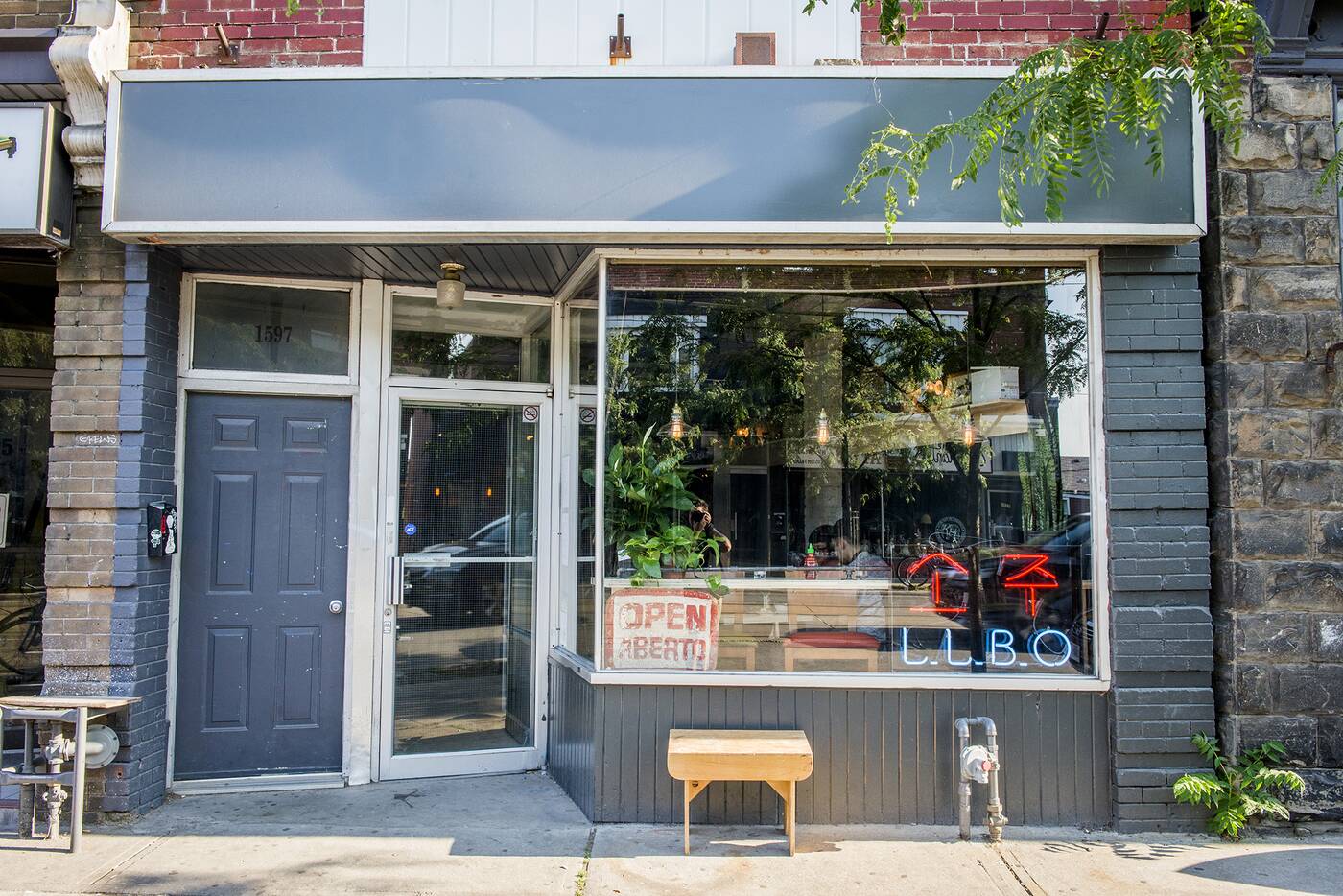