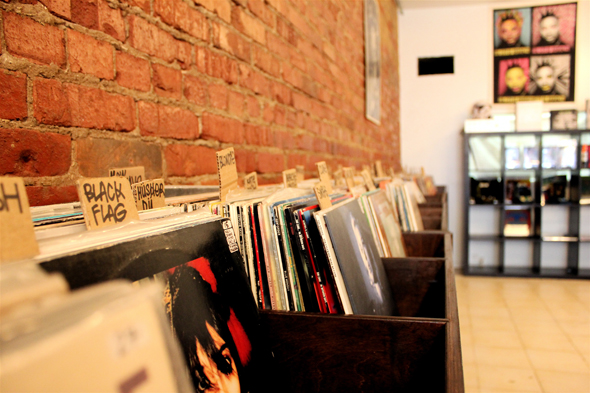 A fairly narrow store, sitting in Little Portugal , Grasshopper offers a laidback environ as soon as you enter. With exposed brick running the length of the shop, records and Star Wars memorabilia fill the space. The records, all used and many are great finds I notice from quickly browsing, range from The Cure to NWA to Bob Marley to Sonic Youth to Bruce Springsteen. 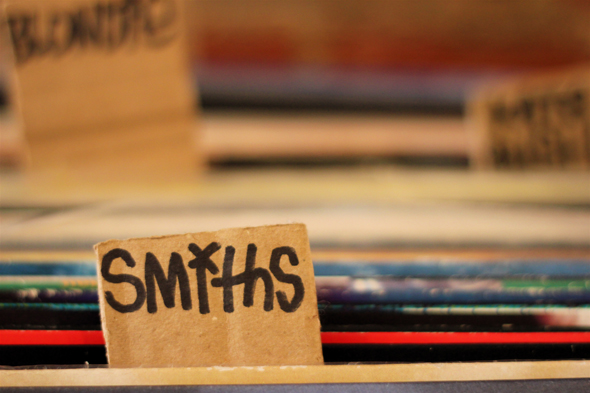 Behind the counter is Derek Madison , aka Grasshopper, the shop's owner and Toronto music scene aficionado. With long dreads tied up atop his head and a sleeveless black shirt, Madison is well known in Toronto's music scene. 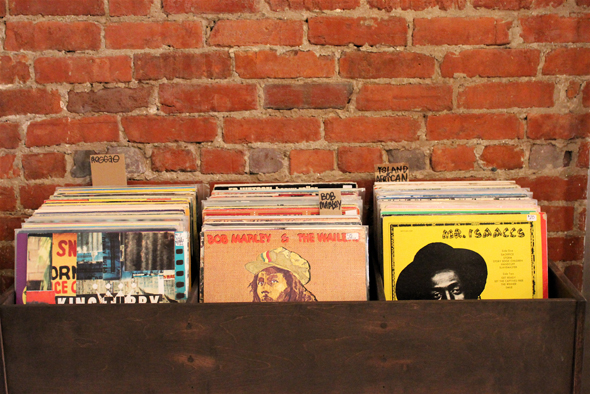 He's played in Toronto's Grasshopper (where his handle comes from) since the early '90s, not to mention playing in Transcendental Rodeo, 10,000 Watt Head and Glass Sex on the side. He also DJ's every Monday at The Red Light , just down the street in Little Portugal. "I really thought this neighbourhood needed something that wasn't a bar, as much as I love all the bars," says Madison. 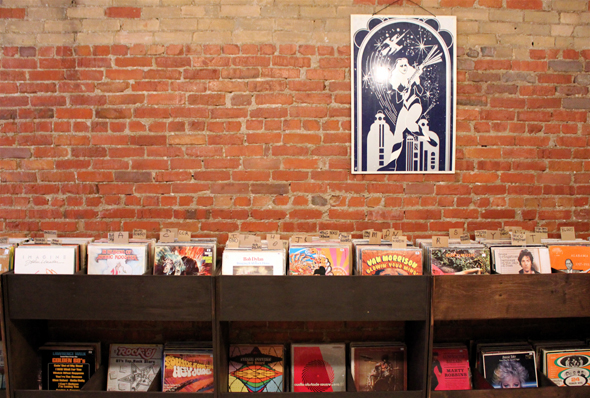 Having sold records from his large personal collection to "beat junkies and diggers" for years in Kensington, he wanted to move into his own space. And by large collection, I mean large, as he started collecting vinyl when he was in Grade 2, says Madison. And he knows his music well. He has listened to about 95% of the records he's selling. "I just bring records into the store that I dig," he says. "So if someone picks out a record, I'll be like 'This is great, this one sucks, this is the part I like [on this album].'" 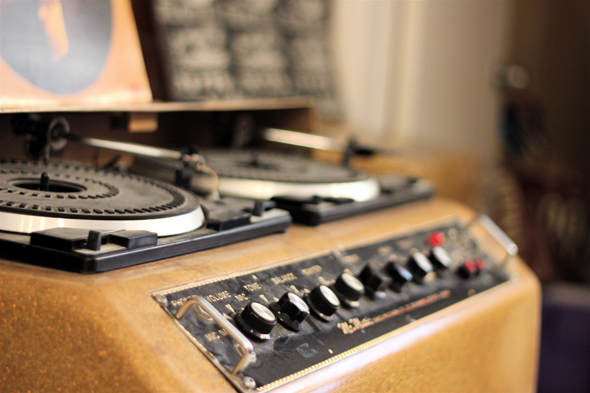 When he was younger, Madison went to Rotate This and hungout on the couches. He loved the in-store shows with bands like The Melvins and Codeine. "So I was like I want my record store to be like that!" He's already done a number of in-store shows with bands like Sailboats are White and Mass Horns. Brendan Canning helped DJ the store opening in April. 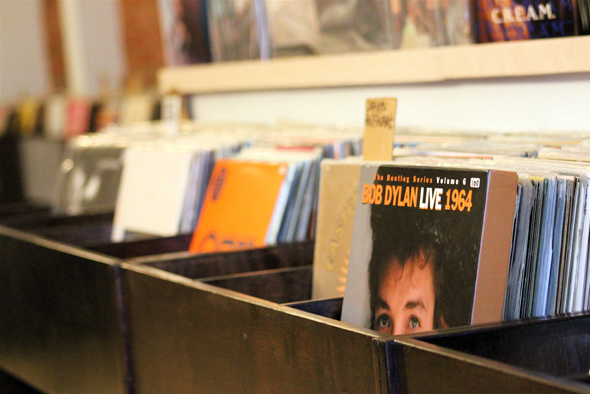 For NXNE , next Thursday, he has Brooklyn's MEN doing an in-store. "And it's not your conventional party zone so it feels more like a party." Good thing, as he has a liquor licence for the shows too. 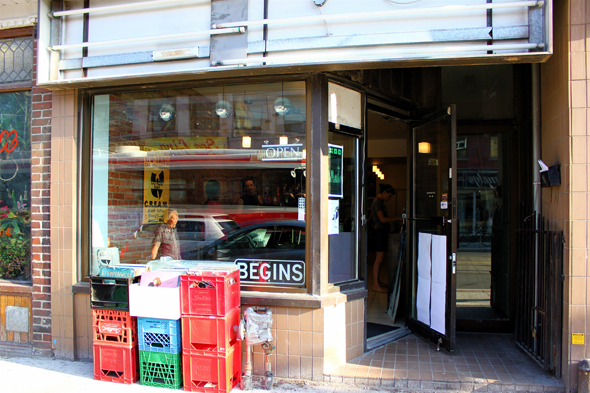