Large crowd shows up for Sugar Shack event in Toronto

Toronto's Sugar Beach drew Torontonians out of hibernation for two days of a Quebec-style Sugar Shack on the waterfront. 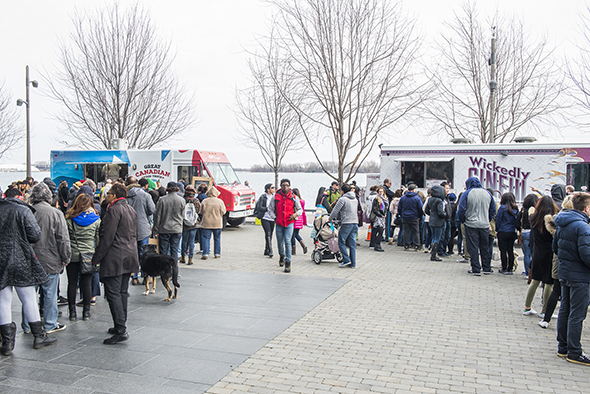 On the food truck front, it seemed like poutine was the main-event - but seriously where were the pancakes and sausages? 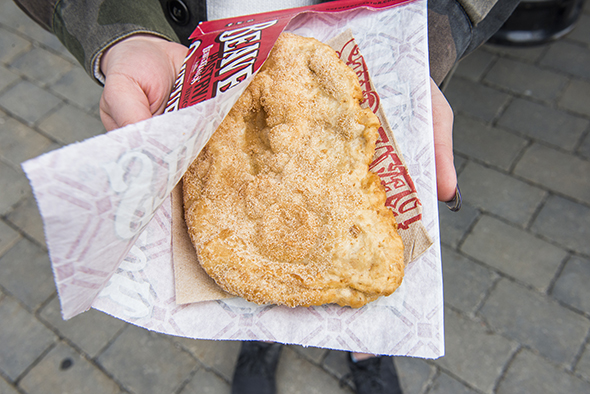 BeaverTails dished out its namesake fried dough along with poutine... 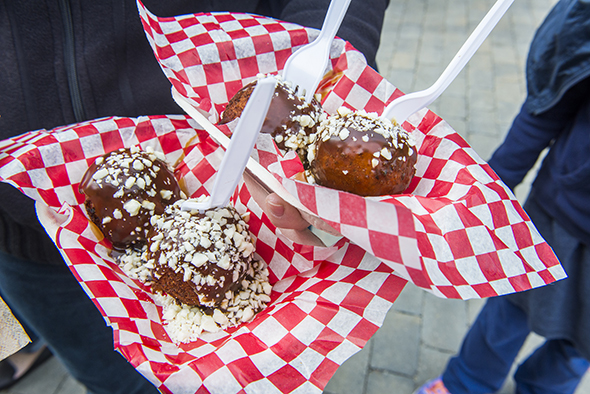 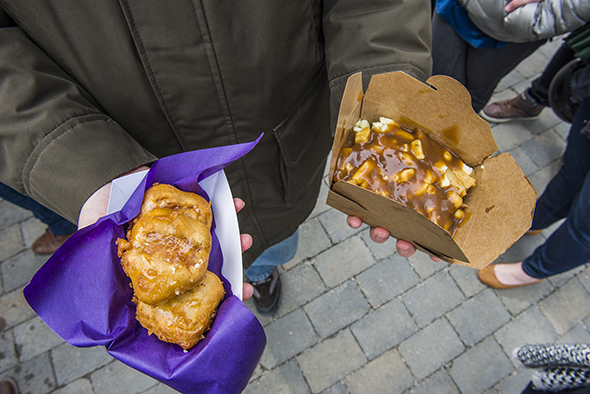 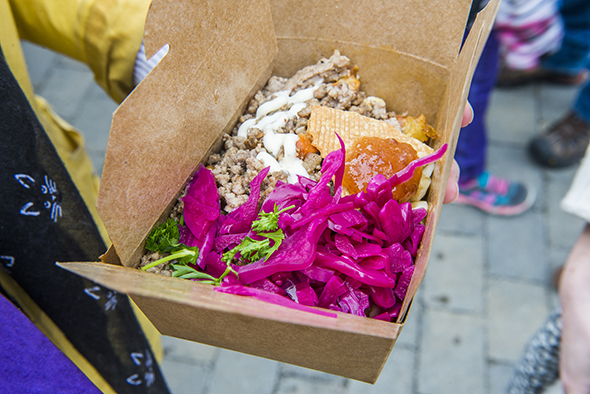 But, hey, among the four different variations on offer was a tempting Tourtiere Poutine. 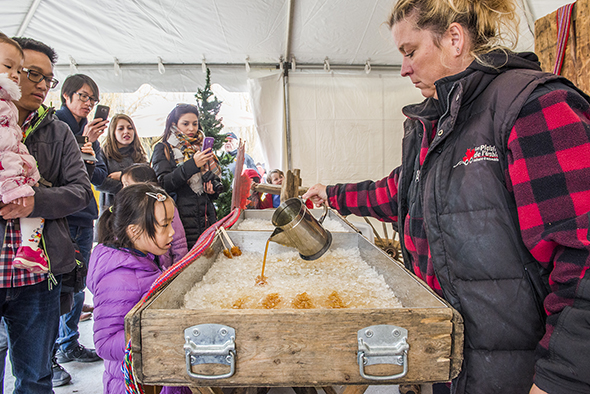 Alas, the queues to eat anything were over an hour long and the lineup to buy tokens for maple taffy tastings looked equally daunting. Removed from the action, Against the Grain had its patio open, which was welcome on the sunny day -- though a beer garden on event grounds would certainly have been appreciated. 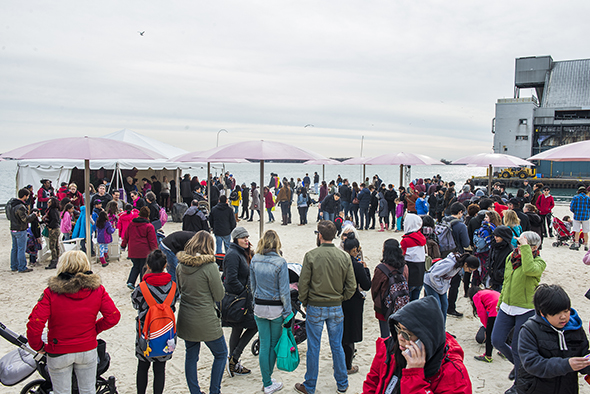 Lounging on the beach was the activity of choice for most out to socialize and soak in some vitamin D. 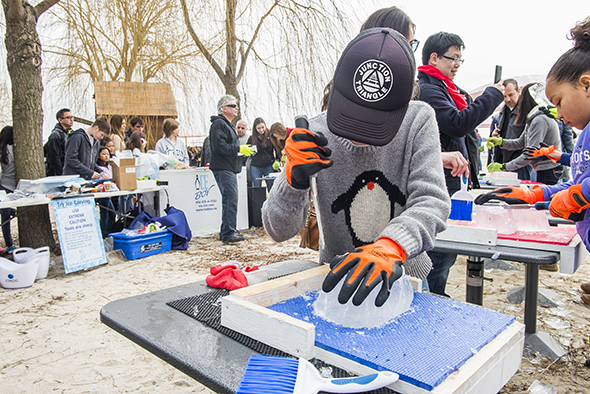 Meanwhile the hands-on ice carving demo put some sharp tools into the hands of wee ones, which was kind of fun to watch. 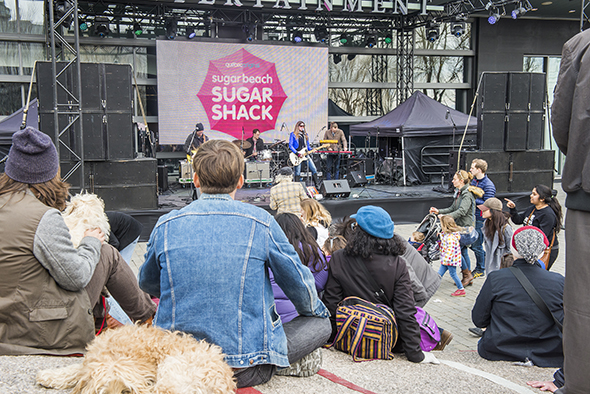 Live performances and cooking demos took over the main stage, while a singalong helmed by Choir! Choir! Choir! proved most popular and drew large crowds. 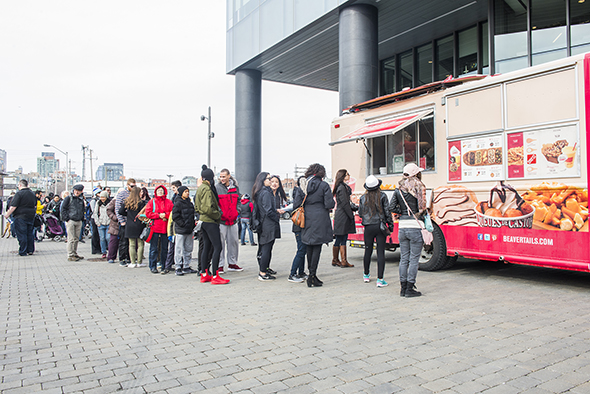 My enthusiastic group of friends were happy to entertain themselves for the first hour but left shortly after to seek out food and drink elsewhere. The silver lining was that at least admission was free.

The day hardly lived up to a true sugar bush experience, but fear not, Maple in the County kicks off next weekend (March 19 and 20) in Prince Edward County for those still craving their maple sugar fix.