After four years of annual searches for the best bartenders across the globe, 2013 represents the first time that Canada has contributed towards the Diageo World Class finals (appartently we weren't up to it before then). Hopefully this shows just how much Toronto and Canada have evolved in the cocktail world over the last few years. After a gruelling qualification process, the Canadian finals were held throughout the day on Monday at The Soho Metropolitan Hotel. 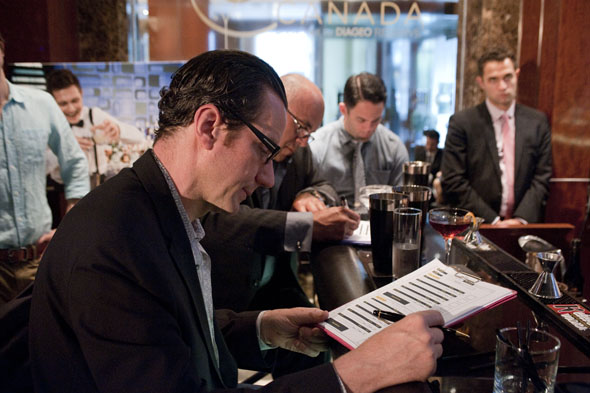 Three rounds of original cocktail making set challenges for the finalists, who were under intense scrutiny, being filmed and timed during each round. The first challenge required an original tropical / Tiki cocktail, with bartenders required to get into the spirit in dress and presentation, as well as flavour (read: they had to wear Hawaiian shirts).

They were then asked to present modern takes on a classic cocktail. They had to dress a bit smarter for this one. Not a problem, given how many of these guys love the vest/tie combo for working anyway.

Finally, the third theme was Hollywood / Bollywood. Movie influences had to make their way into the drinks. 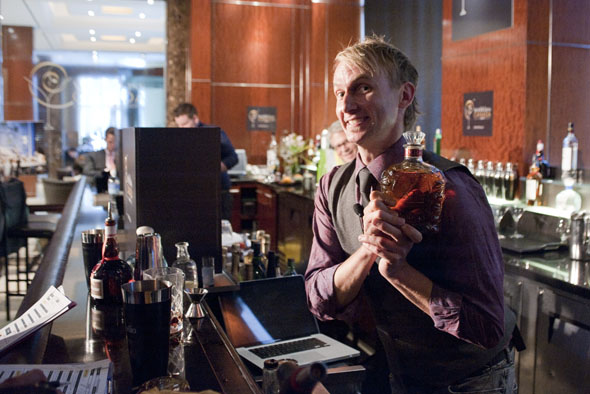 Across the competition, bartenders were limited to featuring ingredients from Diageo's premium range, including Bulleit, Zacapa, Johnnie Walker, Don Julio, Ketel One, Tanqueray Ten, Grand Marnier, and the Classic Malts, but without repeating them across the rounds. Shane Mulvany declared on Twitter that he'd personally spent a thousand dollars at the LCBO in preparation, so it was pretty easy to imagine that the event paid for itself.

With the competition taking place across the whole day, I stopped in for the Classic Cocktail portion. Over two hours, I witnessed a total of six cocktails being showcased, and I wasn't sure who found the competition more gruelling by the time I left, me or them. 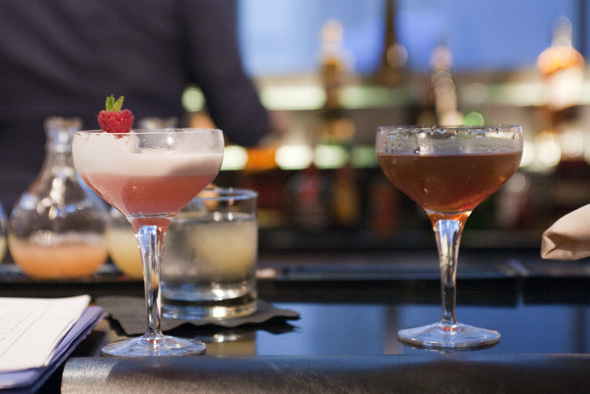 Oliver Stern showed us his whiskey sour, whilst Shane Mulvany demonstrated a Clover Club, and Jenner Cormier made a Martini. Contestants were expected to discuss their drinks at length, with judges Steve Olson and Tony Abou-Ganim, along with last year's World Class USA winner Ricky Gomez and Canadian author and journalist, Jacob Richler, examining them not only on flavour, but also knowledge, presentation, and charisma. Thankfully the general camaraderie amongst the bartenders, along with great support from industry friends, helped cut the tension somewhat. 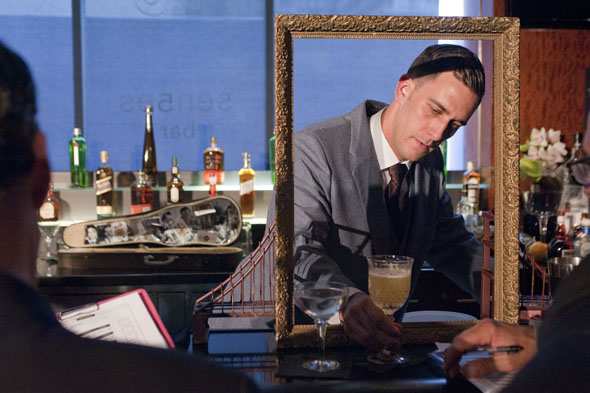 After a long day of cocktail combat, the winner was declared: Jenner Cormier of The Middle Spoon and Noble in Halifax. He'll be taking a six-day all expenses paid cruise in the French Riviera as part of the global final later this year. Congrats are also due to Shane for taking second place.