As Toronto's month-long CONTACT photography festival heads into its last two weeks, I discovered there is a little something for everyone. Even the food lovers.

On Sunday I took in Edmund Rek's exhibit, In Reverence of Food, which just launched at Pantry (how appropriate!).

In Reverence of Food came about as a culmination of Rek's own reverence of food. As the other half behind Evelyn's Crackers (artisanal hand-made crackers made by his wife Dawn), founder and coordinator of the wholesale Chefs' Market at the Brickworks, and working as a chef with the likes of Iron Chef Japan Masaharu Morimoto, Rek knows a thing or two about food.

But more importantly he has a deep respect for food, where it comes from, and how it is produced, which is clear throughout the exhibit.

In Reverence of Food consists of three distinct series of photos covering Rek's 2004 travels through South East Asia, Ontario's own farmlands, and the professional kitchen. 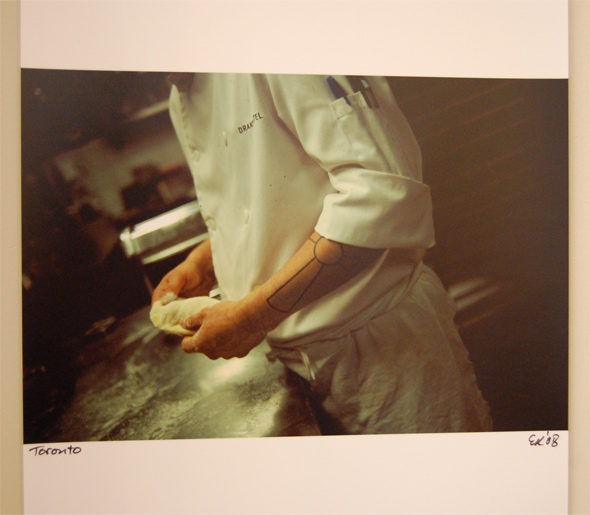 The photos of South East Asia (Thailand, Cambodia, and Laos) depict a simpler, fresher and local way of eating that is largely not seen here in North America. Open-air markets are found in most small towns and villages, where everything is fabulously fresh and there with the intention of being consumed that day.

The series from Ontario farmers and farmlands consist of beautifully simple shots of foods coming from our very own fertile land. Foods like potatoes and cranberries are often shot being held in the hands of the farmers who produced them, instantly depicting an inextricable intimacy between producer and food. 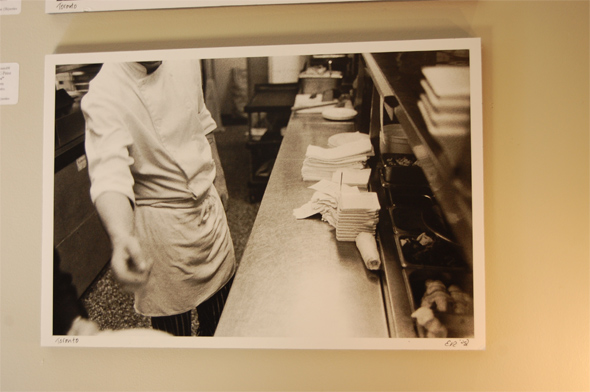 The kitchen shots capture both the hectic hustle and bustle of a professional kitchen and the quieter simple moments of being a cook. One of my favourite photos from this series was of a stack of pans sitting there at the end of the working day, ready for all the chaos to recommence the next day.

In Reverence of Food will be on at Pantry (974 College Street) until the end of May.