The divisions wrought by the COVID-19 pandemic and the public health restrictions brought in by various governments to mitigate it seem almost insurmountable at this point, with truckers still occupying Canada's capital in opposition to vaccine mandates as general annoyance with demonstrators and even counter-protesting ensues.

Among the avid supporters of the self-proclaimed Freedom Convoy is Ontario Premier Doug Ford's eldest daughter Krista, who has been vocally opposed to vaccines, masks and other pandemic measures for some time.

Krista Haynes-Ford's Instagram following has tenfolded since she started publicly sharing her views on the subject in the form of multiple video rants and tons of reposts of outside content that diametrically goes against the actions of her father's leadership.

One recent IG story has perhaps taken things too far, though, even for the outspoken Krista. 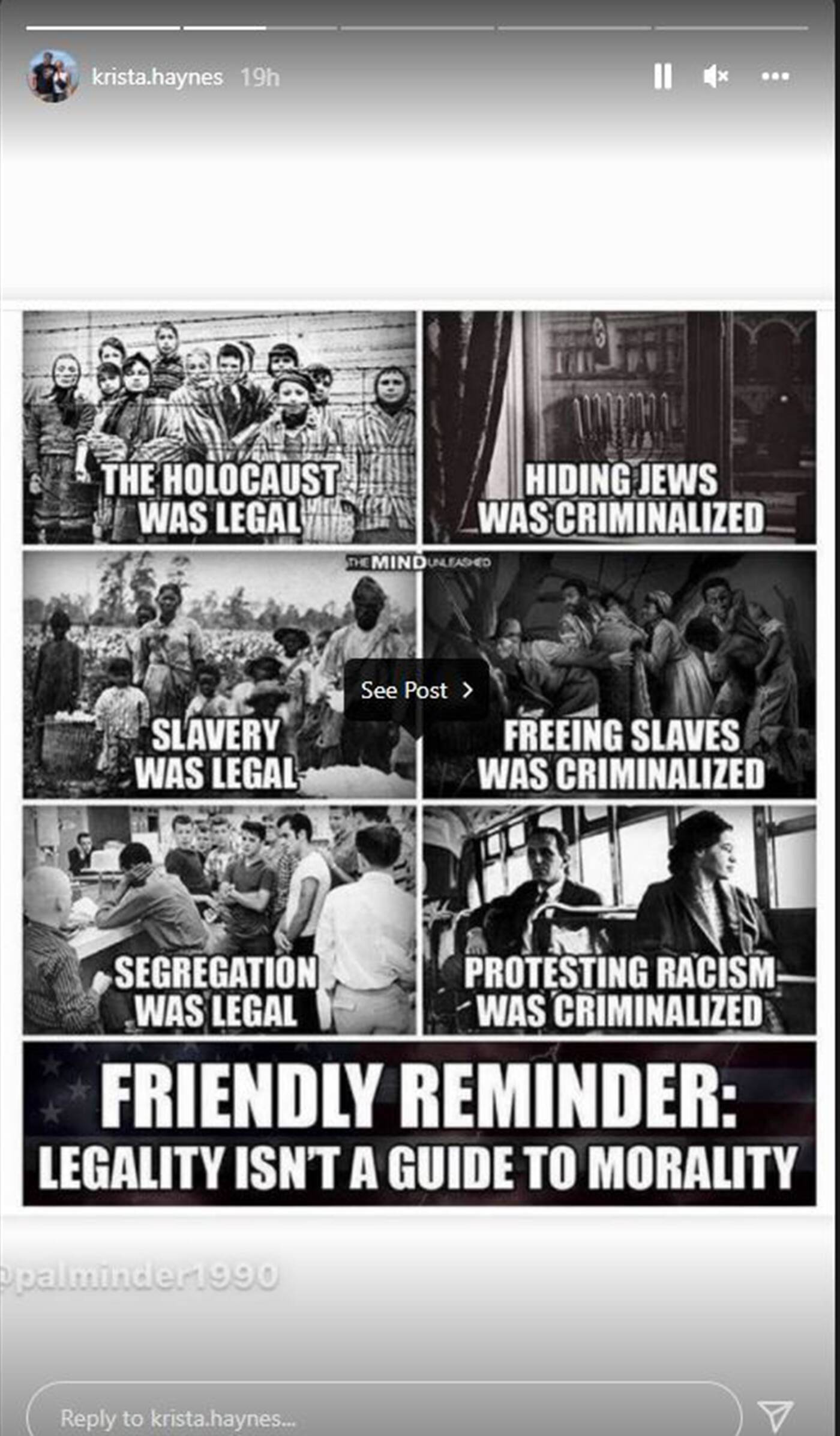 The 30-year-old shared a post on Sunday from one Palminder Singh — a "Sikh and proud member of fringe minority community" — which draws the comparison between current health measures and such atrocities as the Holocaust, slavery and segregation.

If comparing vaccine mandates to the holocaust or bringing your child to a illegal protest or harassing healthcare workers walking to work sound like decent ideas to you…then you should be court ordered to spend 6 hours per week reading, from the non-fiction section at Chapters.

The original poster used the hashtag #freedomconvoy2022, #sikhfreedomalliance and #wethefringe, adding that residents should not "waste their time analyzing things on the basis of legality" and should "listen to your heart and gut and do the right thing" when it comes to fighting government-imposed restrictions such as the vaccine passport.

It's a false equivalence that many taking issue with such measures have wrongfully employed, detracting from the severity of the aforementioned historical events and the experiences of those who actually suffered through them, and continue to deal with the residual oppression.

If I see one more person compare vaccine mandates to the holocaust I’m throwing a history textbook at them. Being fucking..mass murdered because of who you are is not the same as needing a fucking QR code to get into a restaurant, you absolute morons.

A teacher in Toronto, for example, was recently put on home assignment after likening vaxpasses to the yellow Star of David that Nazis used to identify Jews, while others have actually gone as far as making "unvaxxed" stars of their own to wear in protest.

Understandably, much of the general public has found such comparisons claims shocking, offensive and completely unfounded.

If you see these horribly offensive "unvax" stars out and about on random assholes, know that the wearer is insulting jews and making light of the goddamn holocaust by comparing vaccine reqs to the genocide machine that killed over 6 million Jews.

It is noteworthy that proof-of-vaccination policies are already gone in Saskatchewan and Alberta , and are due to be phased out on March 1 in Ontario.

During his press conference announcing the new timeline for Ontario, Doug Ford seemed to hint at his daughter's opinions, though he has never fully addressed the division.