People have been using the recent heavy snowfall in Toronto to make all kinds of sculptures, but recently someone was surprised by a penguin made out of snow that appeared right in front of their house.

Brittney Goodpasture O'Leary posted a photo of a little snow penguin that appeared in front of her house to social media on Jan. 23, spotting it when she looked out the window.

"What a wonderful surprise to find this little guy staring back at me as I gazed out my window admiring our arctic tundra of a front yard," she wrote in the post.

"Thank you for bringing much needed joy and laughter into our home and neighbourhood, whoever you are." 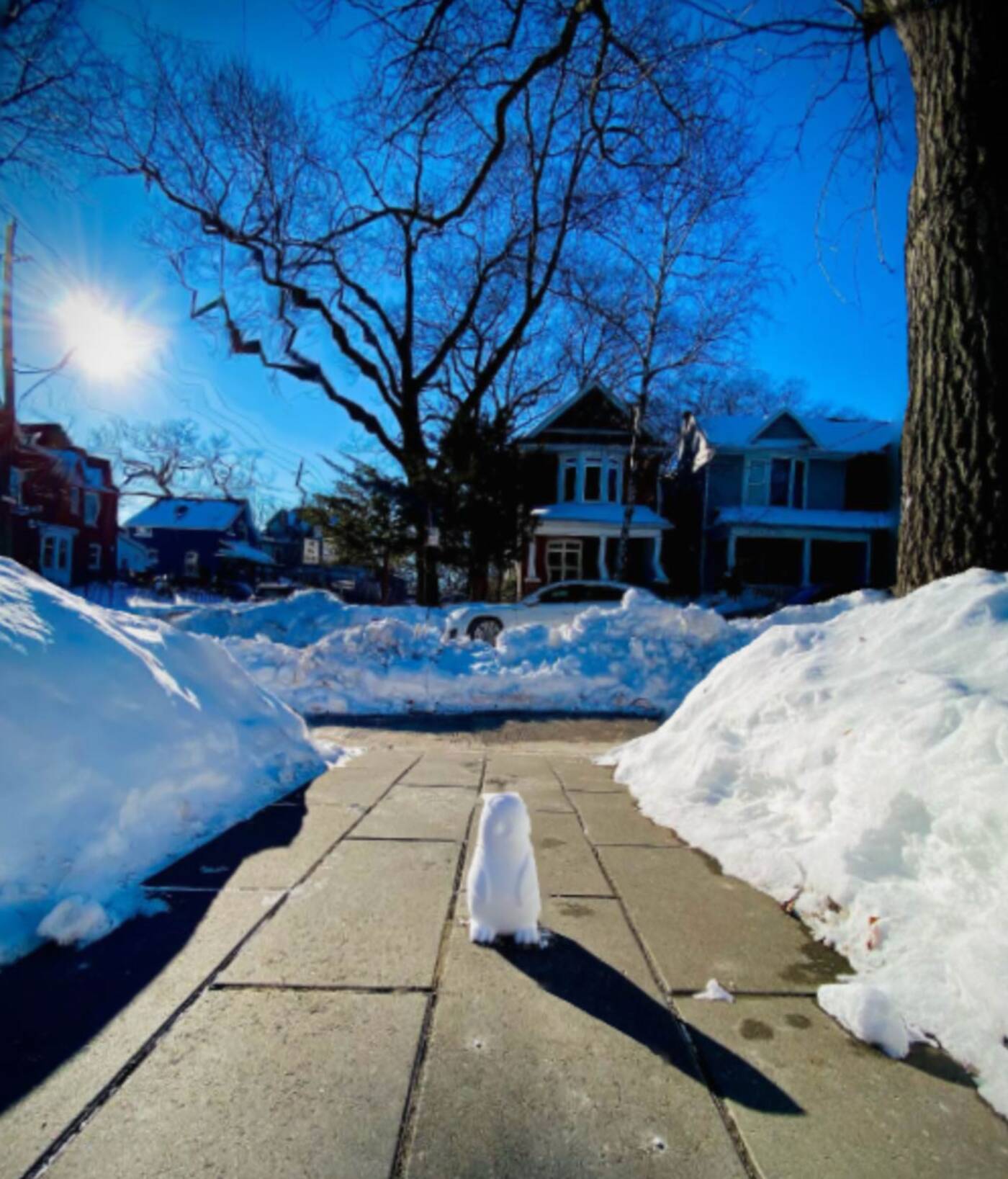 She made the post wondering if anyone else experienced surprise penguin appearances on their property in the neighbourhood, as she's seen about four others around her area of the Beaches.

"Seems others in the neighbourhood have also received some and they are definitely spreading joy," O'Leary tells blogTO.

Passers by keep taking photos of the little penguin that's outside her house, and O'Leary is on the lookout for what she calls other "penguin pop-ups" and the mystery sculptor that made them.

"Still nobody has confessed to being the mystery penguin-bomber, but I like the mystery of it all," says O'Leary.

There's also been a sort of dragon snow sculpture spotted at Sherwood Park, snow duckies have been spied in Allan Gardens and at the corner of Christie and St. Clair, and Easter Island heads have even been photographed in Waterloo.

The best part is, the surprise penguin inspired O'Leary to make art of her own, and wants to order a penguin mold of her own.

"I think it's such a cute idea," says O'Leary. "Looks like we'll have plenty of snow for awhile for many many more penguins."