In releasing detour plans for how traffic will be redirected around at least one work site during the construction of the forthcoming Ontario Line subway, Metrolinx has revealed some not-so-exciting details about the project — namely, some major street closures that will last years.

Spanning from Exhibition/Ontario Place in the southwest to the Ontario Science Centre in the northeast, the ambitious line will run 16 km through 15 stops, including new stations at main corners such as King and Bathurst, Queen and Spadina, and Front and Parliament.

The route will also run through Queen and Yonge, using the long-abandoned Lower Queen "ghost station" that was once due to serve as a stop on an east-west subway line along Queen that never ended up coming to fruition.

Though the bones of the stop were built in the 1950s, there is still a ton of work to be done both above and below ground, which will necessitate the full closure of a portion of Queen at its busiest intersection. 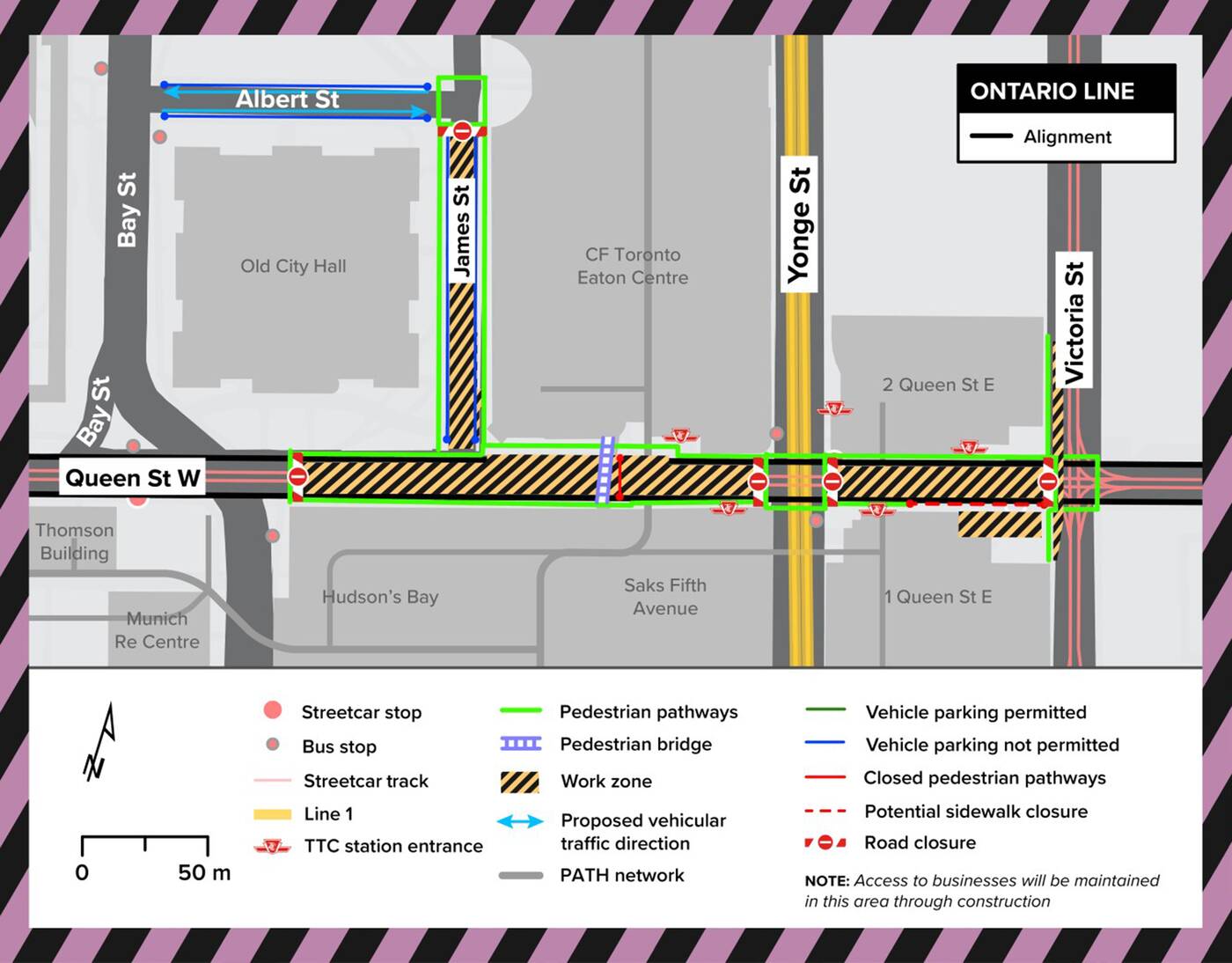 A block of Queen St. on either side of Yonge will be closed for nearly five years for work on the new Ontario Line station coming below the existing Queen subway station. Image via Metrolinx.

The closure of "two small stretches" of the thoroughfare on either side of Yonge are set to start in early 2023 and last four-and-a-half years, the regional transit agency has said — which, given many-times-deferred timelines for other Metrolinx project such as the Eglinton Crosstown LRT, could very likely extend longer.

During the work, all vehicles — including TTC streetcars — will be diverted from Queen, with the road fully closed just east of Bay Street to Yonge, and also from Yonge to Victoria, well into 2027.

Richmond will be used for westbound traffic and Adelaide for eastbound, with streetcars traveling up and down York and Church Streets to get there.

North-south traffic on Bay, Yonge and Victoria will continue to be able to pass through, though the smaller road that runs alongside the Eaton Centre, James Street, will be closed from Yonge up to Albert.

Pedestrians will still be able to access all intersections to cut through, frequent businesses, etc. 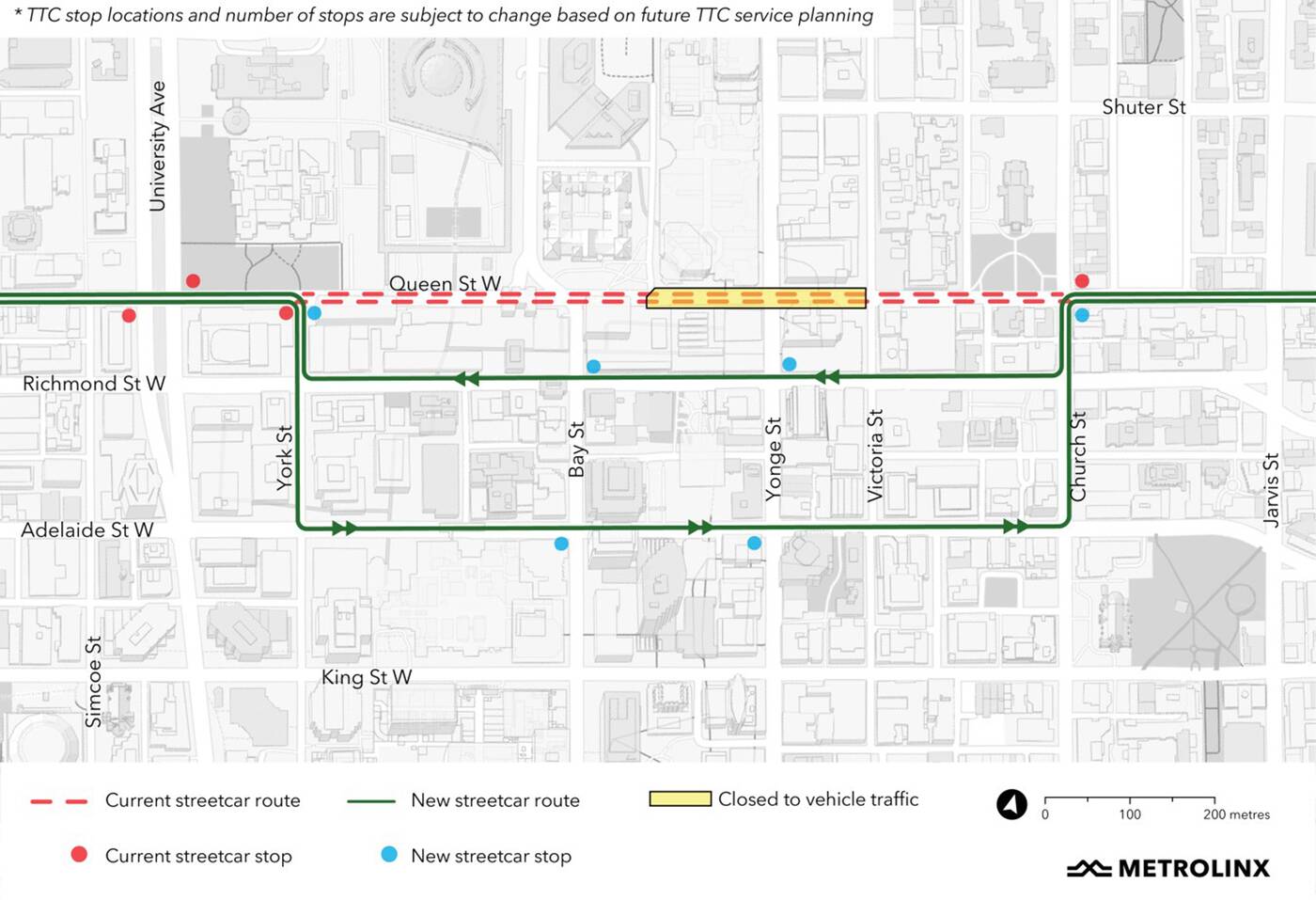 Streetcars, buses and car traffic will be diverted from Queen along Richmond and Adelaide between York and Church Steets. Image via Metrolinx.

Fortunately for disgruntled residents that may be annoyed by the closure, Metrolinx will be staffing a 24/7 hotline for all concerns and complaints — of which there will surely be many.

But, as with all infrastructure work like this, the rewards of the sprawling, citywide new subway corridor will surely outweigh the years of road closures and construction.