Today in "HOW DOES THIS KEEP HAPPENING?" we have another motorist who was nearly impaled by a flying hunk of wood on Monday while driving just north of Toronto.

Ontario Provincial Police report that a collision took place around 9:20 a.m. on July 30, just after rush hour, along Highway 89 in Wellington County.

Only one vehicle was technically damaged in the crash — an SUV with a smashed windshield — but police are still looking for the driver of a truck who they believe was responsible for the horrifying incident.

According to authorities, a black F150 or F250 pickup truck was carrying a load including wooden planks behind it in a trailer before the crash. One of the planks came loose and flew directly into the windsheild of the Toyota SUV, shattering the latter vehicle's front window. 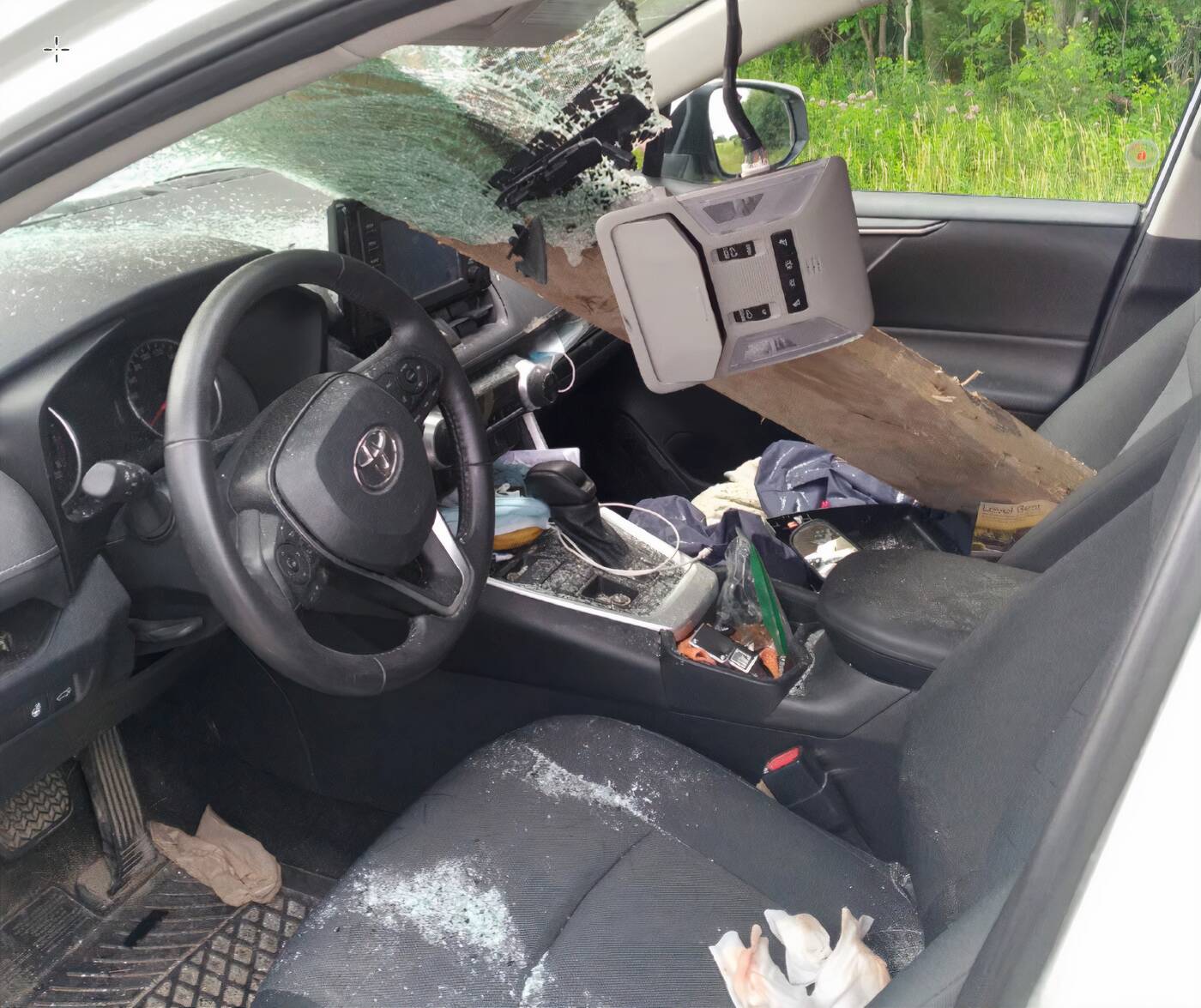 The driver of this vehicle wasn't seriously injured, but the story could have turned a lot darker if someone had been in the passenger's seat. Image via OPP West Region.

Images from the scene show the SUV's windshield completely punctured through the middle, the board sticking out halfway through.

From inside the vehicle, we see just how dangerously close the piece of wood came to hitting the driver's seat, and how it would almost certaintly have killed anyone sitting in the passenger's seat.

Miraculously, police report that there were no injuries, though the driver was likely shaken up quite a bit.

West Region OPP say the black truck hauling the wood was last seen southbound on Highway 89 and are asking any witnesses to call them with more information. 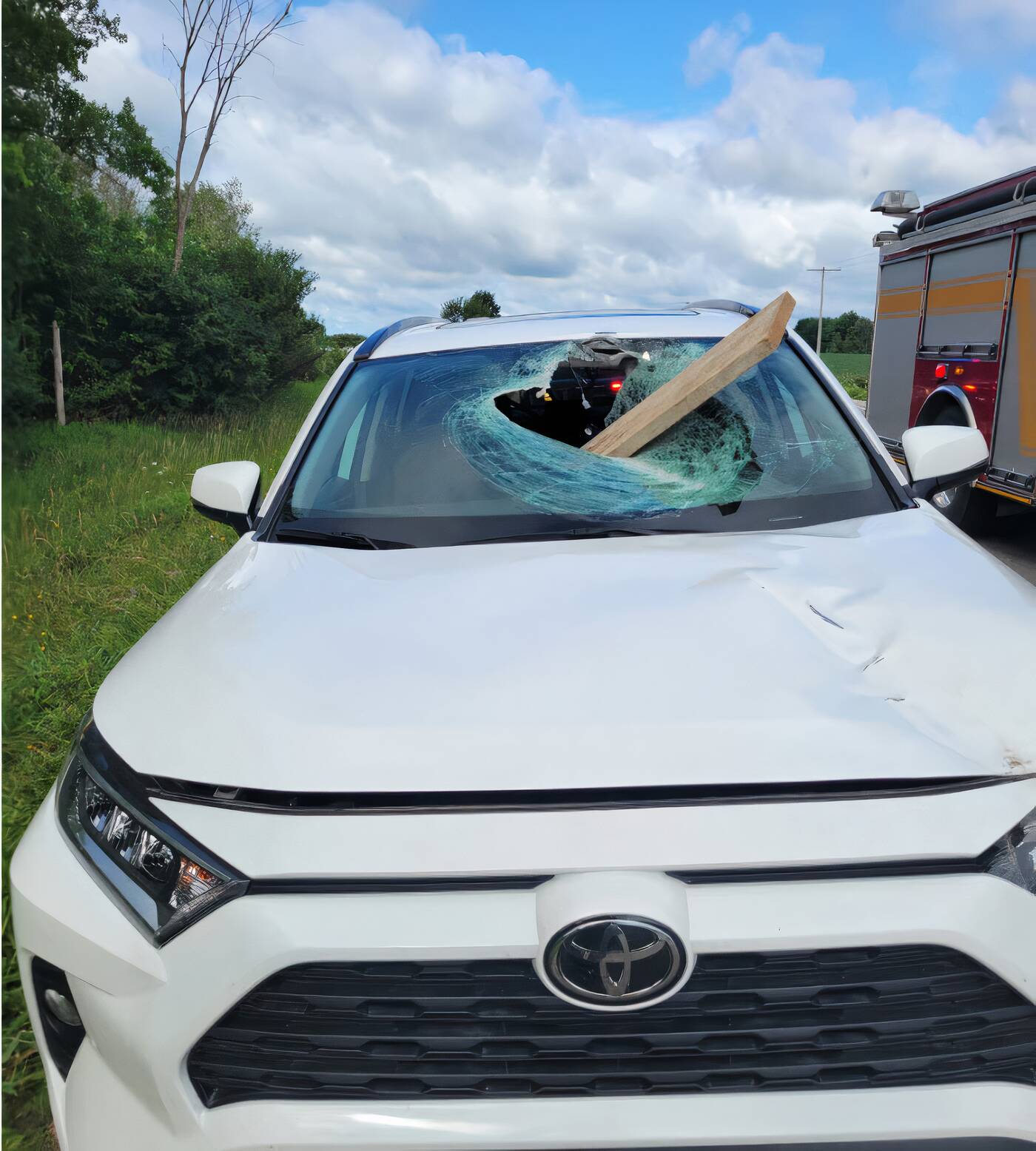 Police are still looking for the driver of the pickup truck that this plank of wood came from. Image via OPP West Region.

As messed up as this Final Destination-like incident seems, these "freak" collisions are actually somewhat of a regular occurence in the GTA.

Whether it be a block of wood, a sheet of wood, planks of wood or even something not made from wood at all, flying objects pose a legitimate threat to drivers on all Ontario highways.

Police often warn about the dangers of unsecured loads, and are wont to crack down hard when they spot people driving dangerously with debris that could come loose and swiftly injure or kill someone.

"People out there that are carrying material for construction, please make sure everything is tied down!" wrote one person on Twitter in response to the latest incident.

"You never know if something falls out the back! You may not know it when an item goes out! The vehicle behind you sure feels it."