Between 1986 and 1992, the CN Tower was home to an innovative spaceship simulator which took guests from Toronto to Jupiter and back for $7. Did you ever fly the Tour of the Universe?

It was the stuff of birthday party legend. Kid's rock band Kideo even shot a music video there.

How was Tour of the Universe created?

Citytv and MuchMusic creator Moses Znaimer acquired the rights for the title and subject matter after reading an artbook called Tour of the Universe which imagined what a futuristic spaceport might one day look like.

At the time Znaimer was pioneering the concept of “The Living Movie" an experience that took viewers out of passive entertainment directly and into active participation. 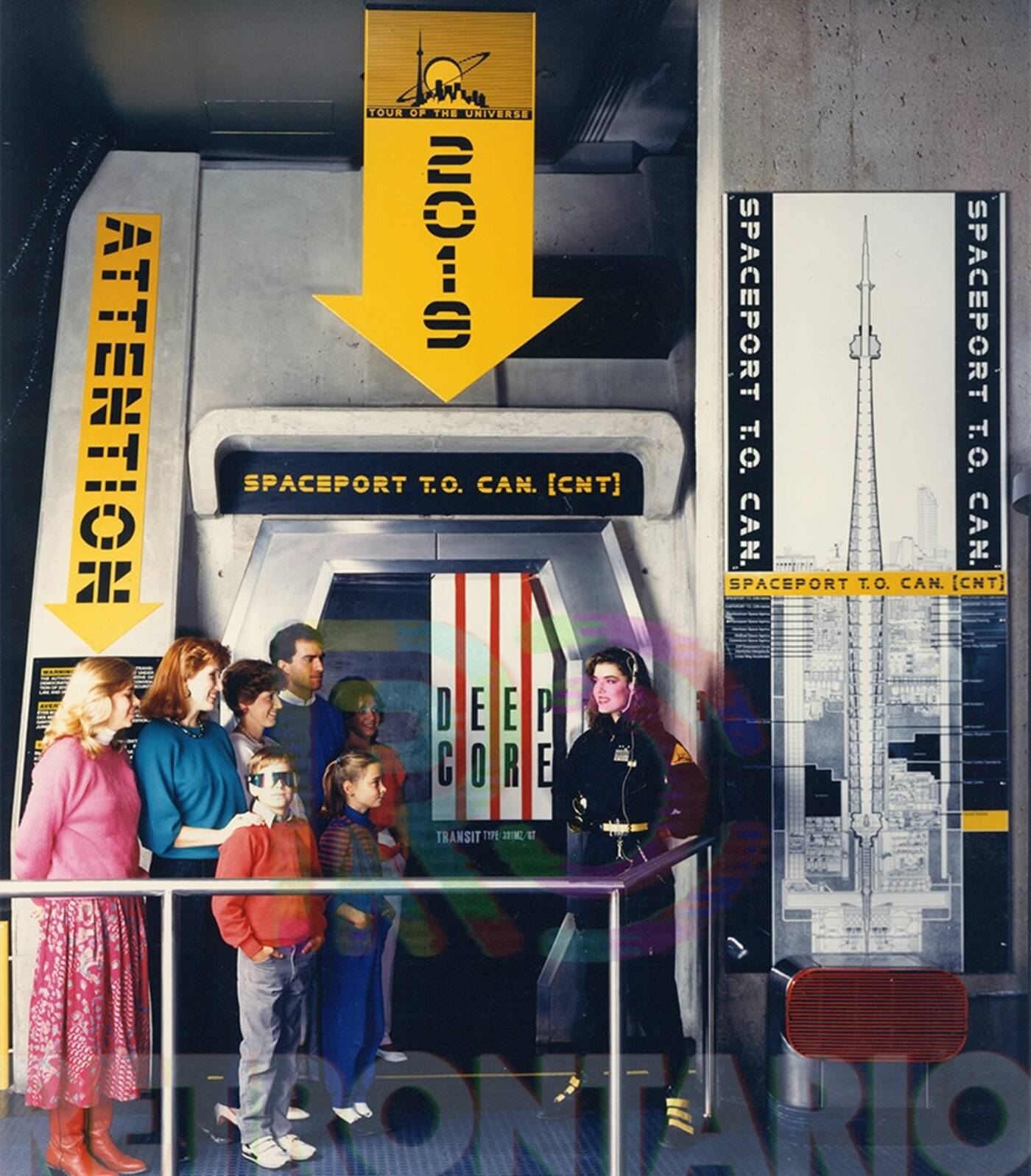 Back to the future: the CN Tower's basement was not only a Spaceport but a time-machine to 2019 too.

What was Tour of the Universe?

The premise of Tour of the Universe is that you would be taken on an elevator ride down 1,816 feet beneath the earth's surface and a time-jump forward into 2019.

Passengers arrived at "Spaceport Toronto" and purchased their tickets from CP Air Interplanetary then passed through customs, security and medical — where they were inoculated against space diseases such as "Ganymeade Rash".

Later iterations of the experience included actors in alien or galactic police costumes engaging in scripted drama occurring at various parts of the Space Port.

The voice of the master computer, or “Central Scrutinizer” as it was known at Space Port Toronto was provided by Marilyn Lightstone.

A large mural titled “Grand Tour” behind the Ticketing/Check-in plinths was created by Robert McCall, the artist chosen by NASA to document the U.S. Space program, another signifier of legitimacy to the experience.

The gift shop sold moon rock and astronaut ice-cream, as well as a Tour of the Universe teddy bear which has since become a sought after collector’s item on eBay. 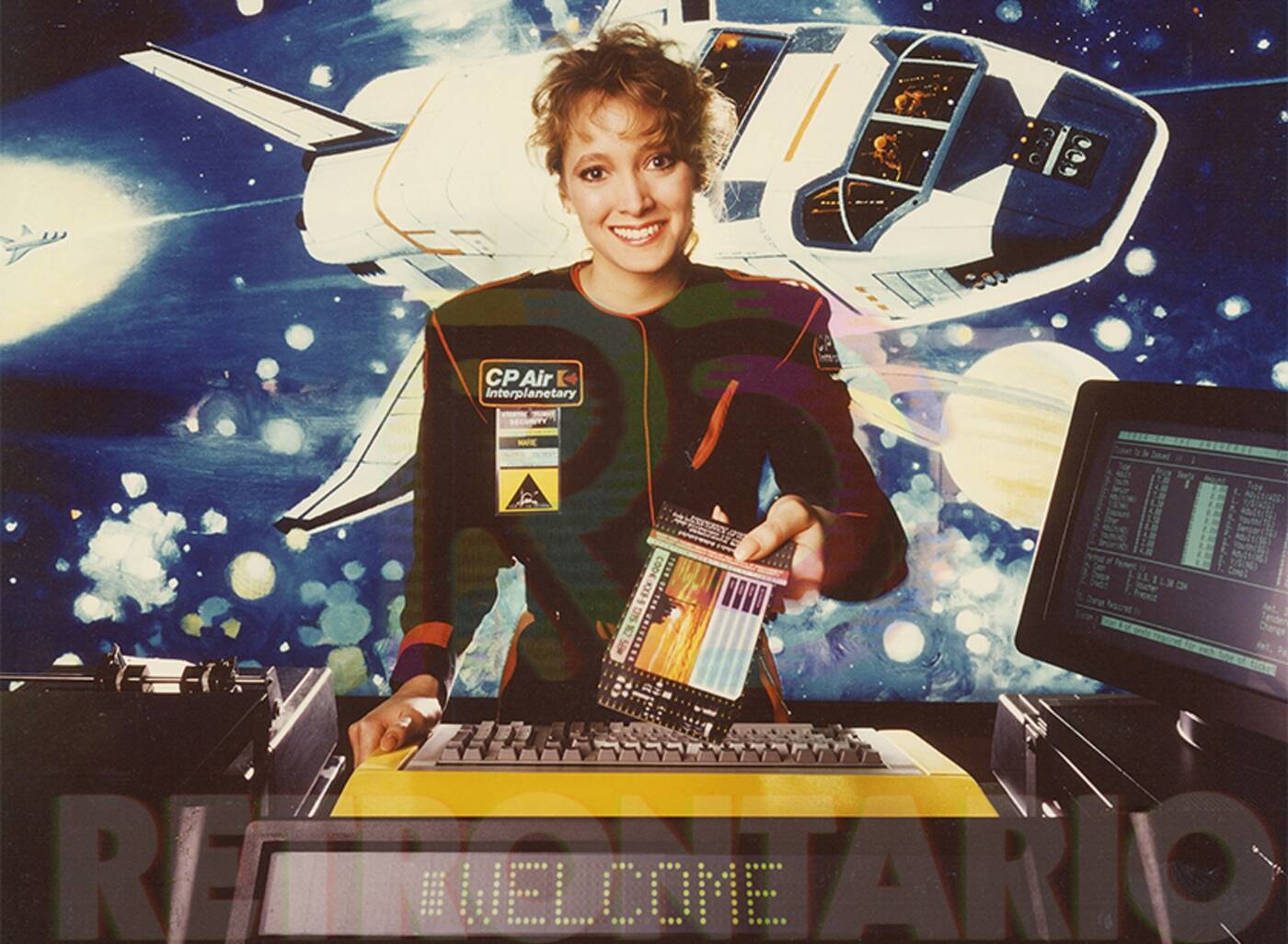 CP Air Interplantary: Working for the new generation in space

The shuttlecraft simulator was "blasted into outer space" from inside the shaft of the tower itself — engines throbbing, floor-shaking, lights flashing, speed increasing, faster and faster until it burst out and soared toward the outer moons of Jupiter in a dreamland of zero-gravity.

Inevitably, the craft would hit an asteroid and be forced to return to earth. The "captain" of the Jupiter-bound flight was actually just a video loop of an actor who would appear to address the passengers. He was fittingly designated "Captain Moses."

The ride was designed by Toronto’s Sim-Ex and utilized two Boeing 747 simulators. 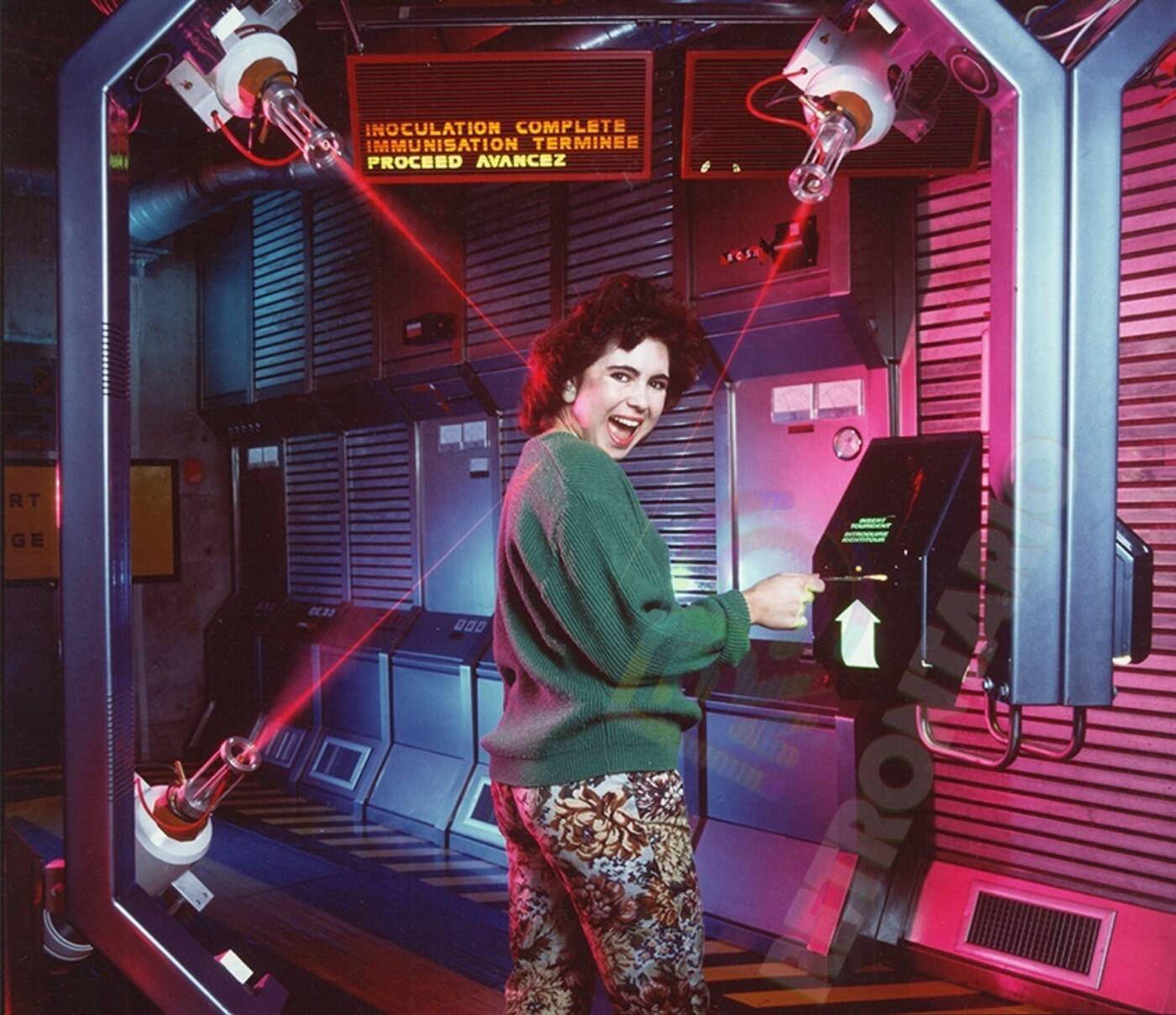 Lasers inoculated travellers from space ailments such as Ganymeade Rash.

The legacy of Tour of the Universe

Simulator-Based Attractions are now commonplace at the world’s most popular theme parks, and Sim-Ex went on to become the leader in the 3D and 4D cinematic F/X attraction experience but Tour of the Universe was their first.

In fact, through a franchise arrangement, the idea for Tour of the Universe was later recreated as the major attraction at a theme park in Bentencho, a district of Osaka, Japan.

Construction on Tour of the Universe began in 1984 and the ride operated from 1986 to 1992. It cost $10-million to build, while visitors paid $7 for adults and $4 for children. It is estimated that this “living movie” was experienced by almost two million paying visitors in total.

Tour of the Universe was the world’s first large-scale simulator-based attraction, a functional, operational tour de force that revolutionized civil engineering and set the stage for future iterations of the theme park simulator experience around the world.

If you have been wowed by the Star Wars: Rise of the Resistance simulator at Walt Disney World, now you know where it all started.