Cycling infrastructure in Toronto has come a long way in recent years and even recent months, with a slew of new permanent bike lanes and mixed-use trails installed or forthcoming across the city, and more people traveling by bicycle than ever.

But while most are rejoicing at the progress, others have found the new additions to be annoying, bad for business, bad for traffic, hard to navigate around and dangerous.

Then there are the drivers who blatantly ignore bike lanes by parking right in the middle of them, driving over dividers or worse.

Lately, it appears another similar trend has emerged: people physically moving planters, which are used to separate cars from bikes on some streets, right into cycling lanes and thus the pathway of oncoming bikes.

One Toronto resident noted the issue in a community Facebook group over the weekend, saying that he had to physically move the extremely heavy garden boxes on his own so that the lane on Danforth could be cleared and safe for travellers. 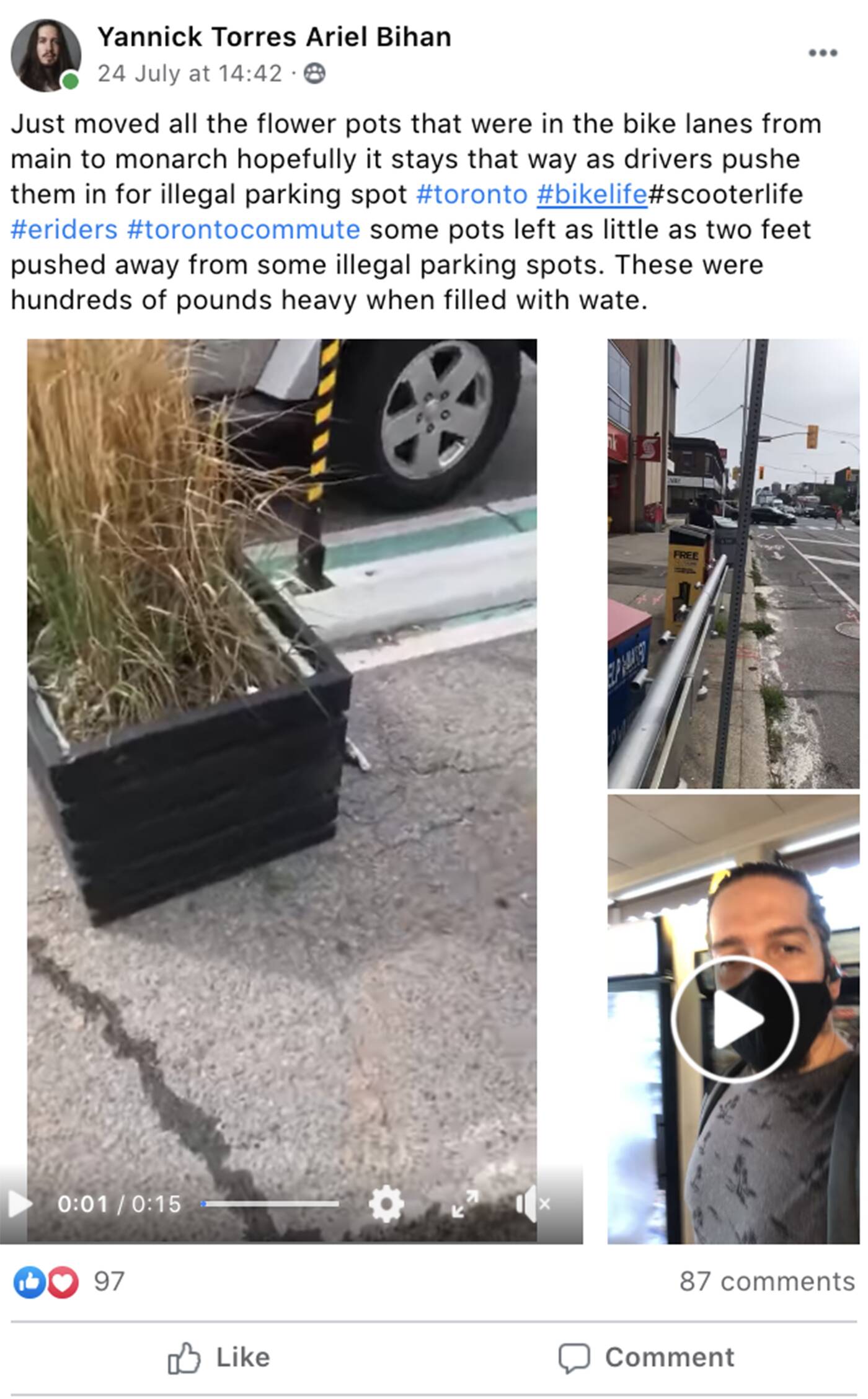 The post, which garnered a ton of reaction, stated that in some spots there were fewer than two feet between the curb and the planters for bikers to squeeze by.

"Drivers pushed them in for illegal parking spots," he speculated, while others added that it could have been the work of local businesses looking to expand their patio space or even an accidental move made by a few clumsy drivers.

Many note that the fixtures make it difficult for those parking legally in spots adjacent to the bike lane (where those exist) to open their passenger's side door.

Proposed solutions include removing at least some of the planters, which are decorative but also act as a barrier of sorts to protect the cyclist lane, and replacing them with something less space consuming and more permanent.

Until then, if the city takes any action, it will be up to local bike riders to physically relocate the planters themselves if they encounter such an issue.