Toronto has plenty of bike trails, and someone in the city just made them a lot more accessible for those who are thinking of dusting off their two-wheeler.

Viktor Zivojinovic, longtime Toronto resident and avid biker, created a map to mark the ever-expanding bike network in and around the city.

"I love to explore and ride new roads and paths whenever I can. I try to use the cycling network from the city of Toronto but it's quite messy, includes roads that aren't safe, and overall is only mildly useful," Zivojinovic told blogTO.

"I wanted to create something that better shows our trails."

Zivojinovic did his best to ensure that all portions of the multi-use trails included in the map are safe for bikers and are well-connected with just a few exceptions.

"I've also included three sections that are not linked. The Dundas Rail Path is included due to its popularity, and although disconnected in the map, is connected by a bike lane at Bloor Street to High Park, and Annette Street to Humber Valley," he says.

"The Black Creek Trail connects to the Humber Valley by the Scarlett Bike Lane and Earl Bales Park is not connected but is close to the Finch Corridor Trail and is a major park."

Inspired by other maps like this one, as well as his love for cycling, it took Zivojinovic six hours to create the helpful map using an online tool.

"I started biking in high school when I wanted to commute to school independently. I biked casually until about two years ago when I began an itch to explore beyond Toronto by bike and biked once every weekend," he says. 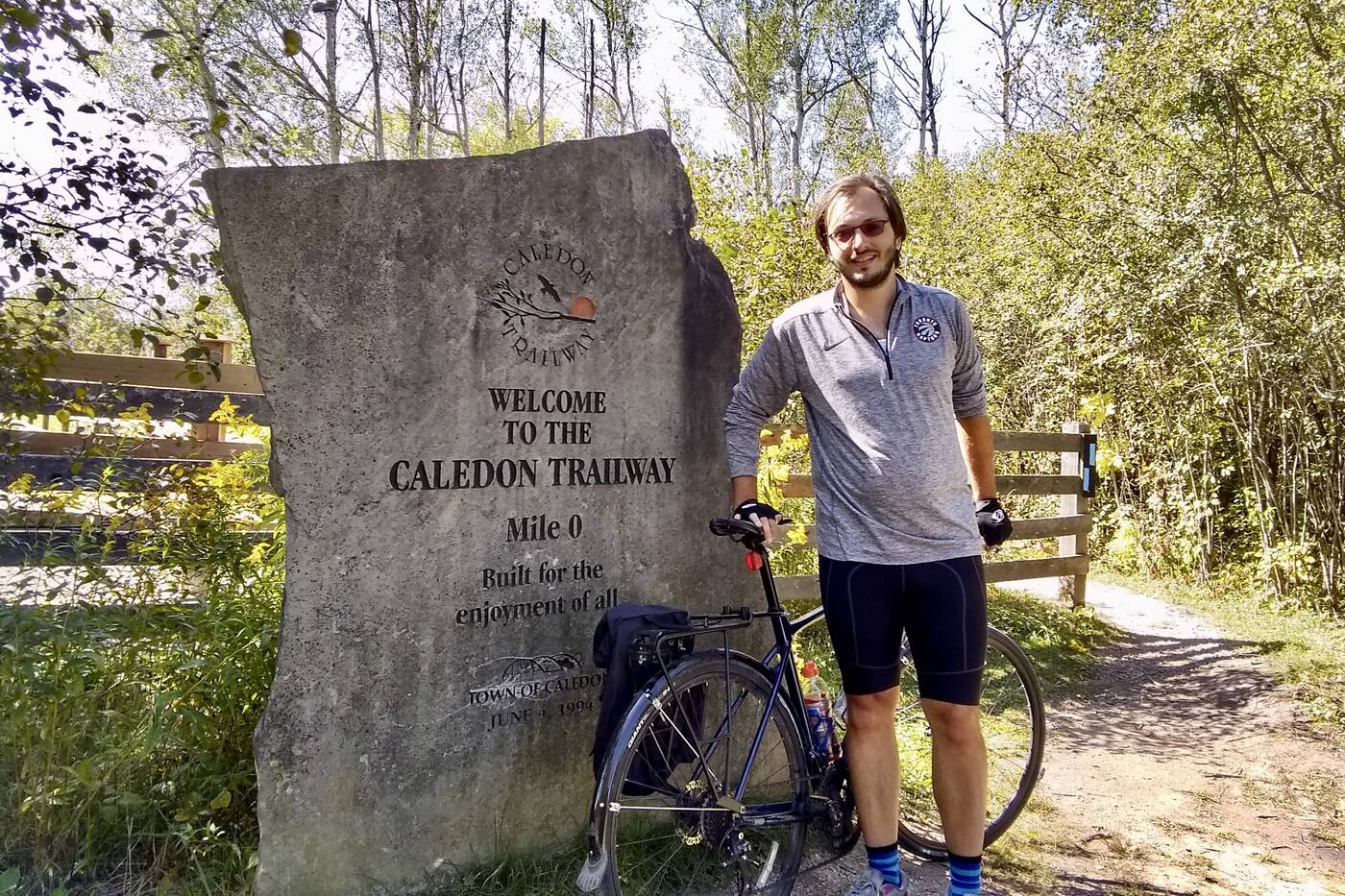 Viktor Zivojinovic has been biking Toronto and the surrounding areas for a few years now.

This past summer when his company returned to the office after working remotely due to COVID-19, he started biking 60 kilometres every day to Victoria Park and Sheppard from where he lives downtown.

"I didn't have a car and I needed to avoid the TTC, so I decided to commute by bike every day," he says. "It was very tough at first but it became slightly easier every day and now I don't think twice about it."

Zivojinovic says he also wanted to make it a point to show how the trails continue beyond the city boundaries. 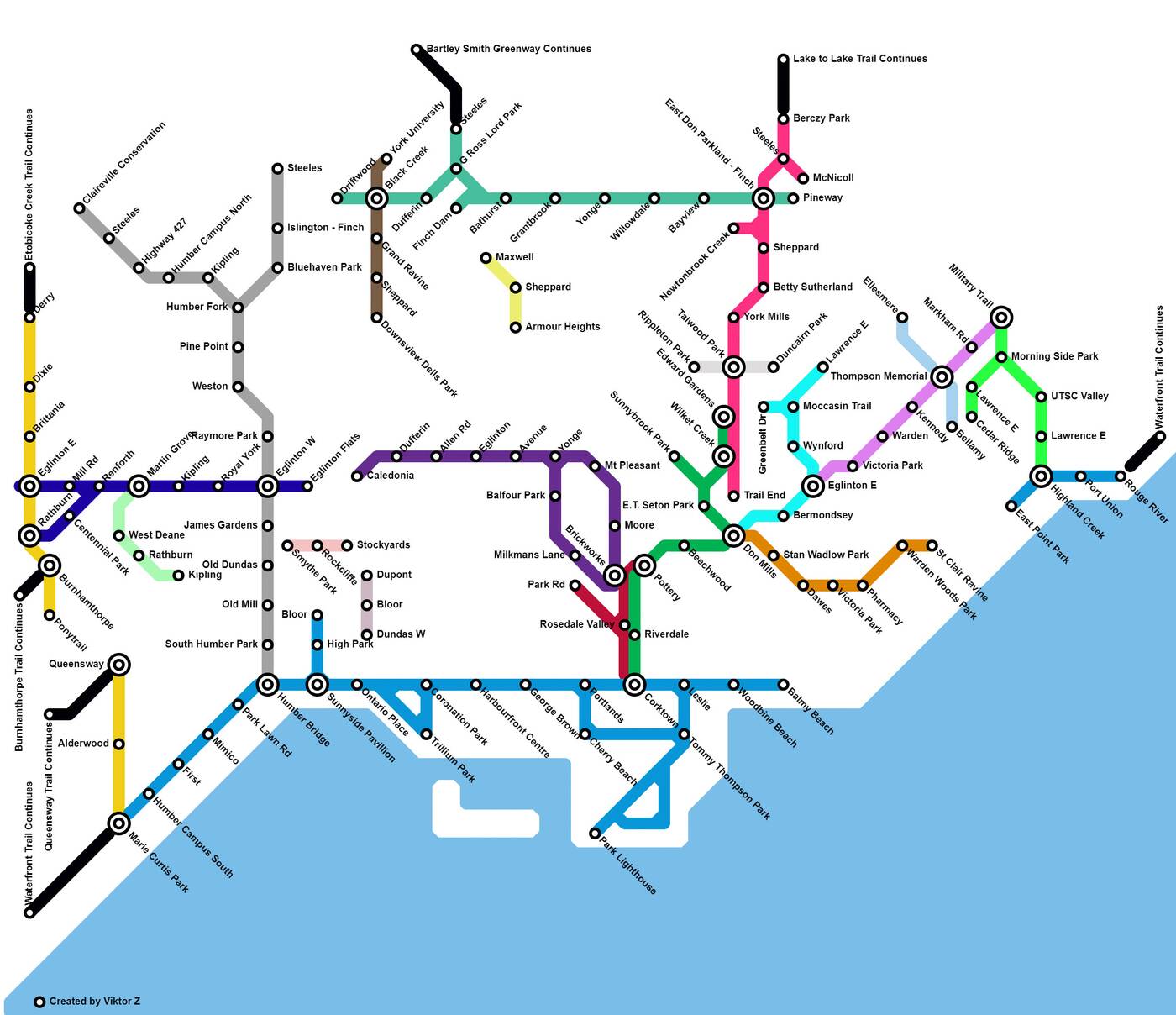 "My personal favourite is to take the waterfront trail, go up the Humber River, and take the Eglinton Trail west to the Etobicoke Creek Trail," he says. "I really enjoy the Etobicoke Trail, and I also like the option to go North to Brampton or South and then west to Mississauga."