Etobicoke Creek Trail is a picturesque pathway along a river in Toronto that features views of Lake Ontario and a small waterfall.

When completed, the trail will stretch over 50 kilometres from the Waterfront Trail at the Lake to the town of Caledon. 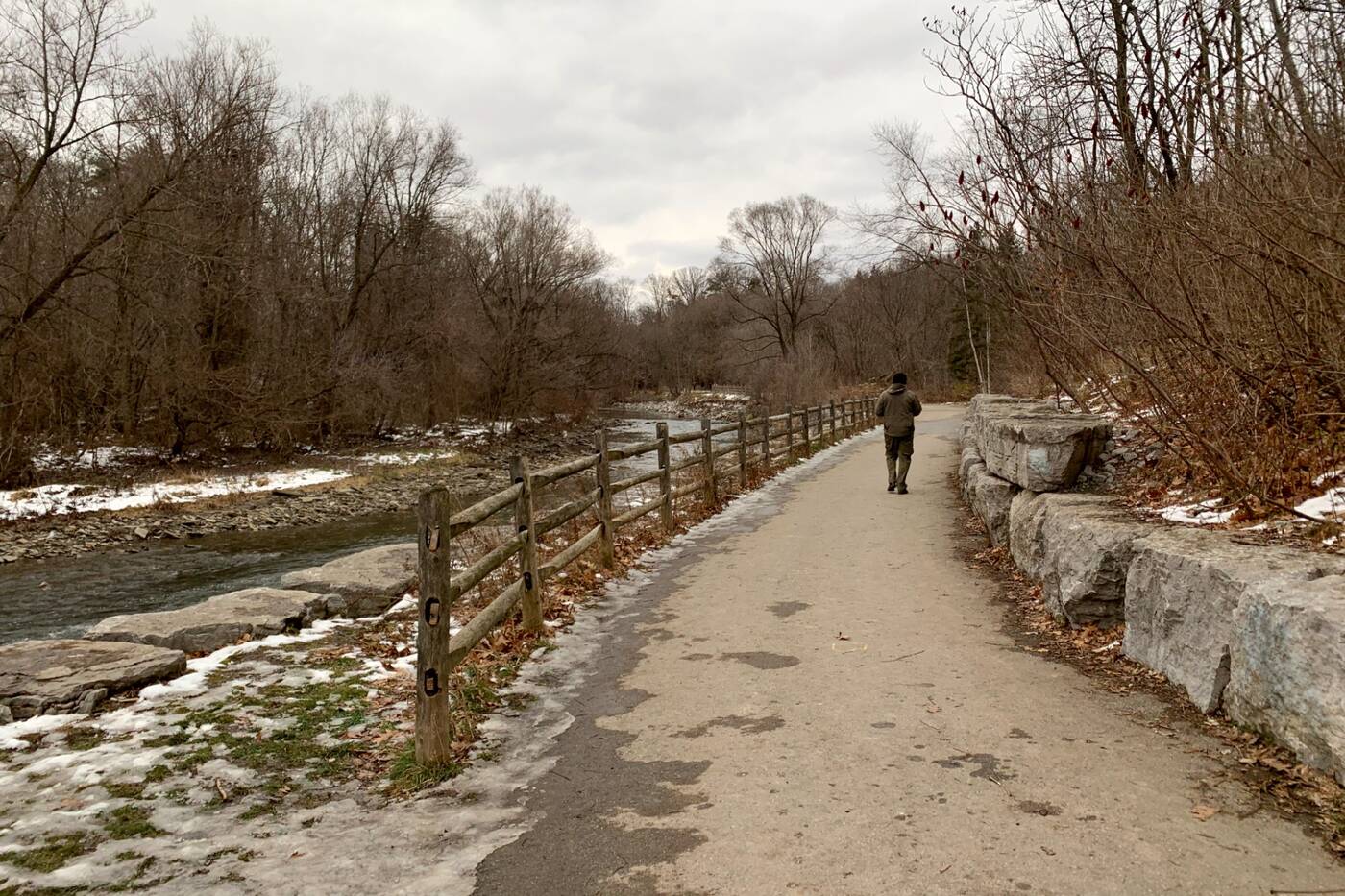 The entire south section of Etobicoke Creek Trail follows closely beside the river and tributary of Lake Ontario.

Although the trail is currently closed at Queen Elizabeth Way (and will be until November 2021) the nearly six-kilometre out and back journey from Marie Curtis Park still makes for a worthwhile stroll. 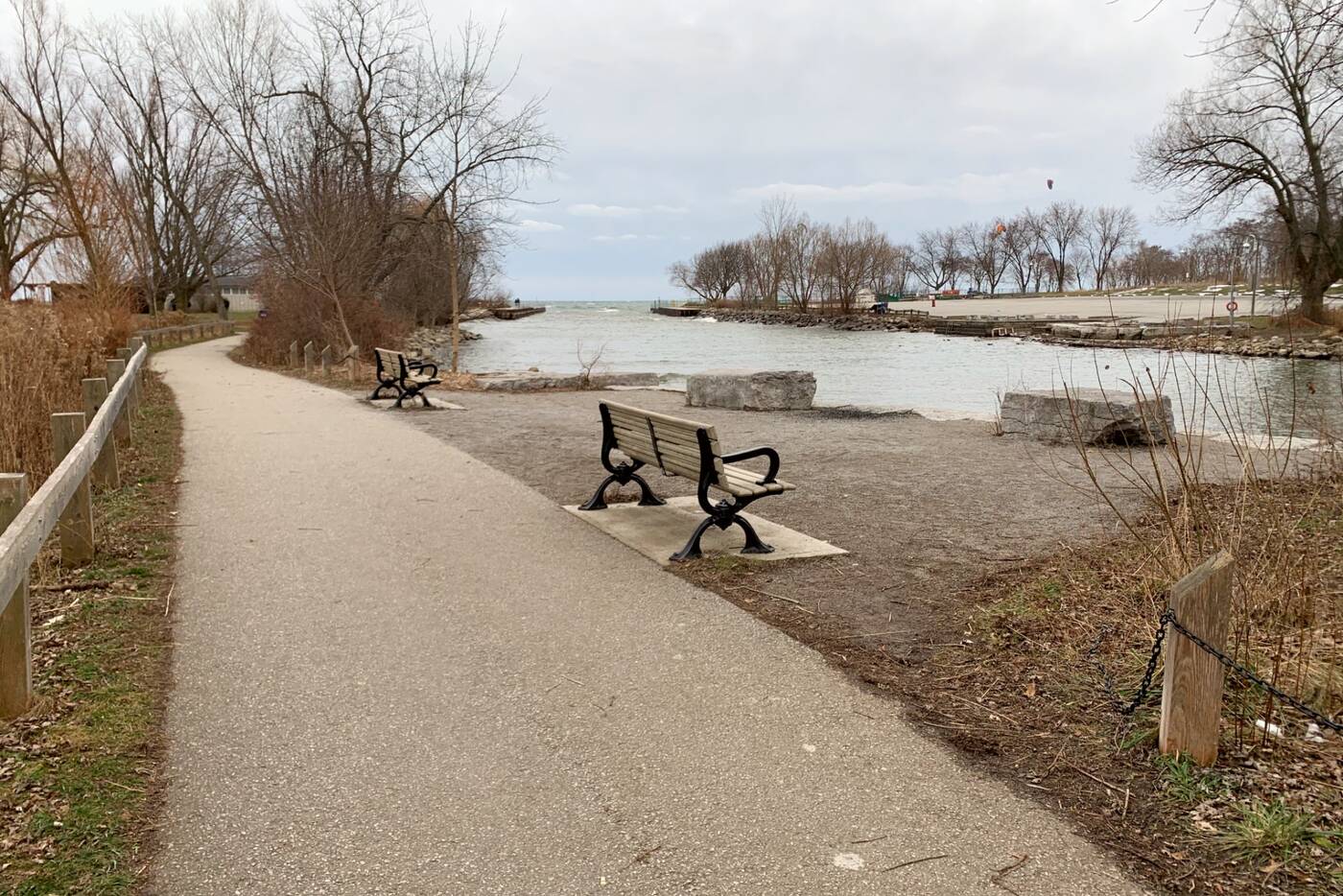 There are a number of benches along the trail, especially in the sections through Marie Curtis Park.

The trail begins at the end of the pier (just south of the parking lot) where you might spot some windsurfers on a breezy day and views of Lake Ontario. 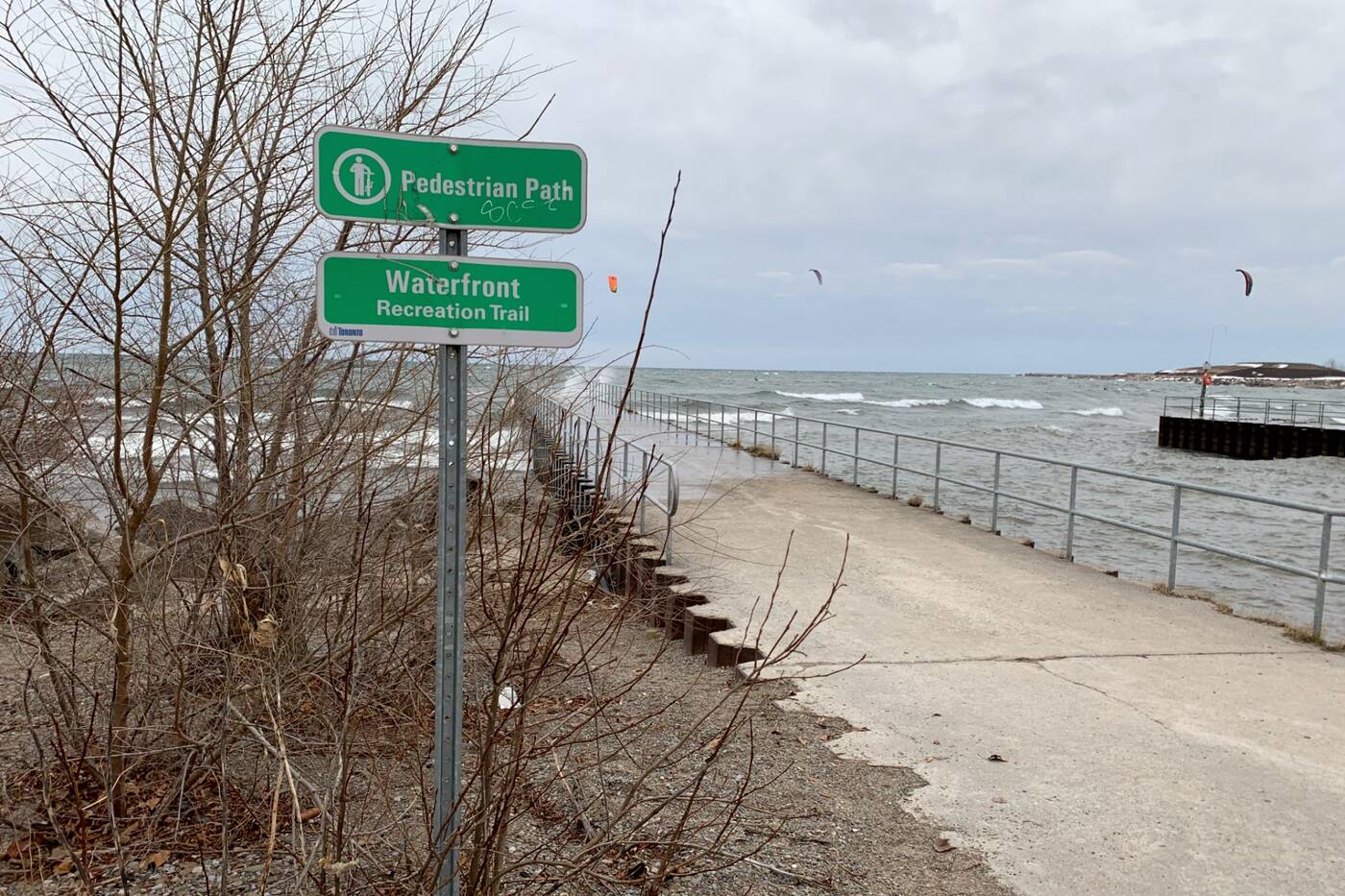 The Waterfront Recreation Trail which runs east to west can also be accessed at Marie Curtis Park.

Through the park, there are plenty of towering trees with some of the Alder trees estimated to be over 150 years old. 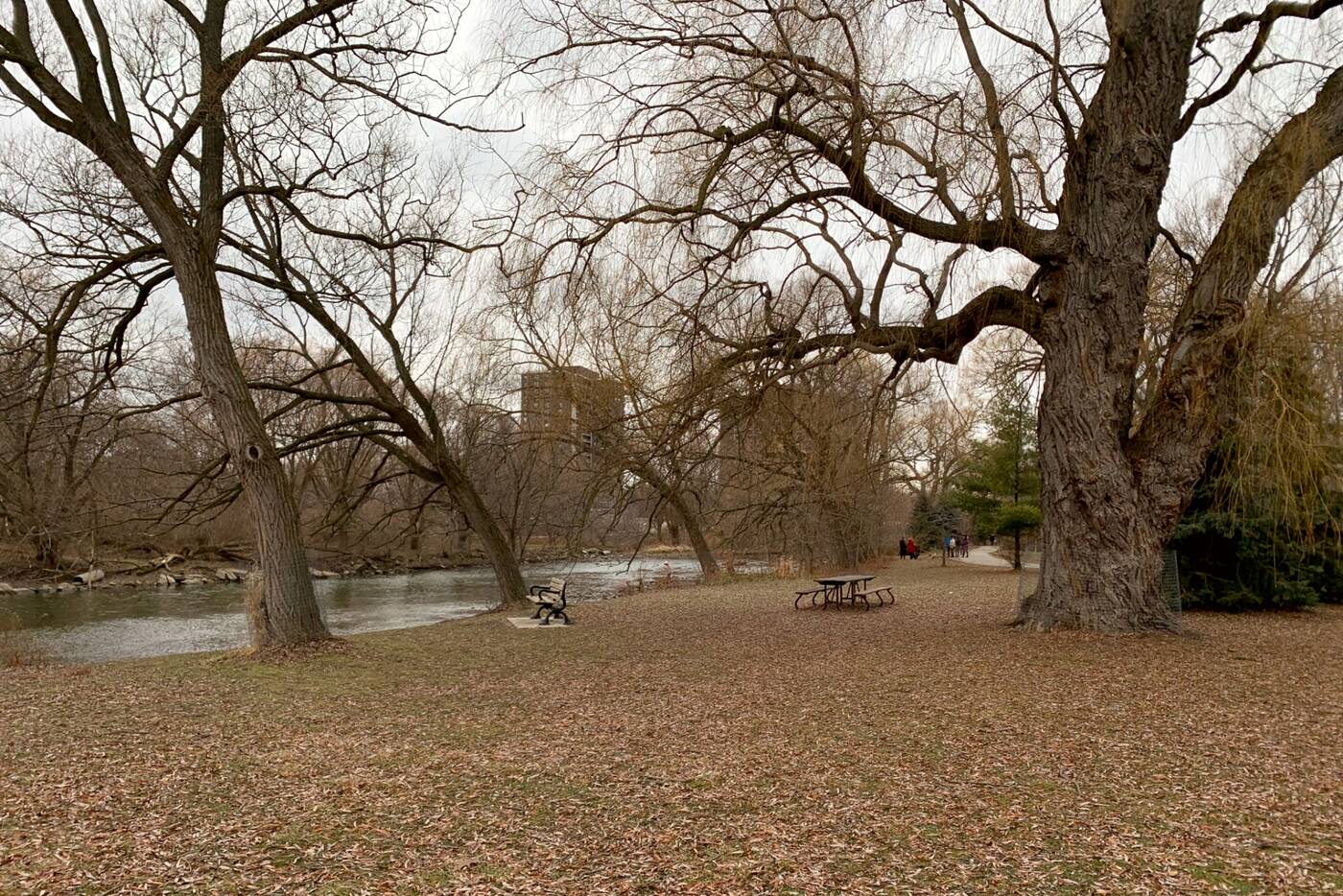 Marie Curtis Park is a mostly deciduous forest with lots of meadow, thicket, savannah, and woodland, with some sand beaches on either side of the creek mouth.

The trail heads north alongside Etobicoke Creek which steadily flows in the opposite direction toward the Lake. Sections of the trail run on either side of the river with bridges providing access. 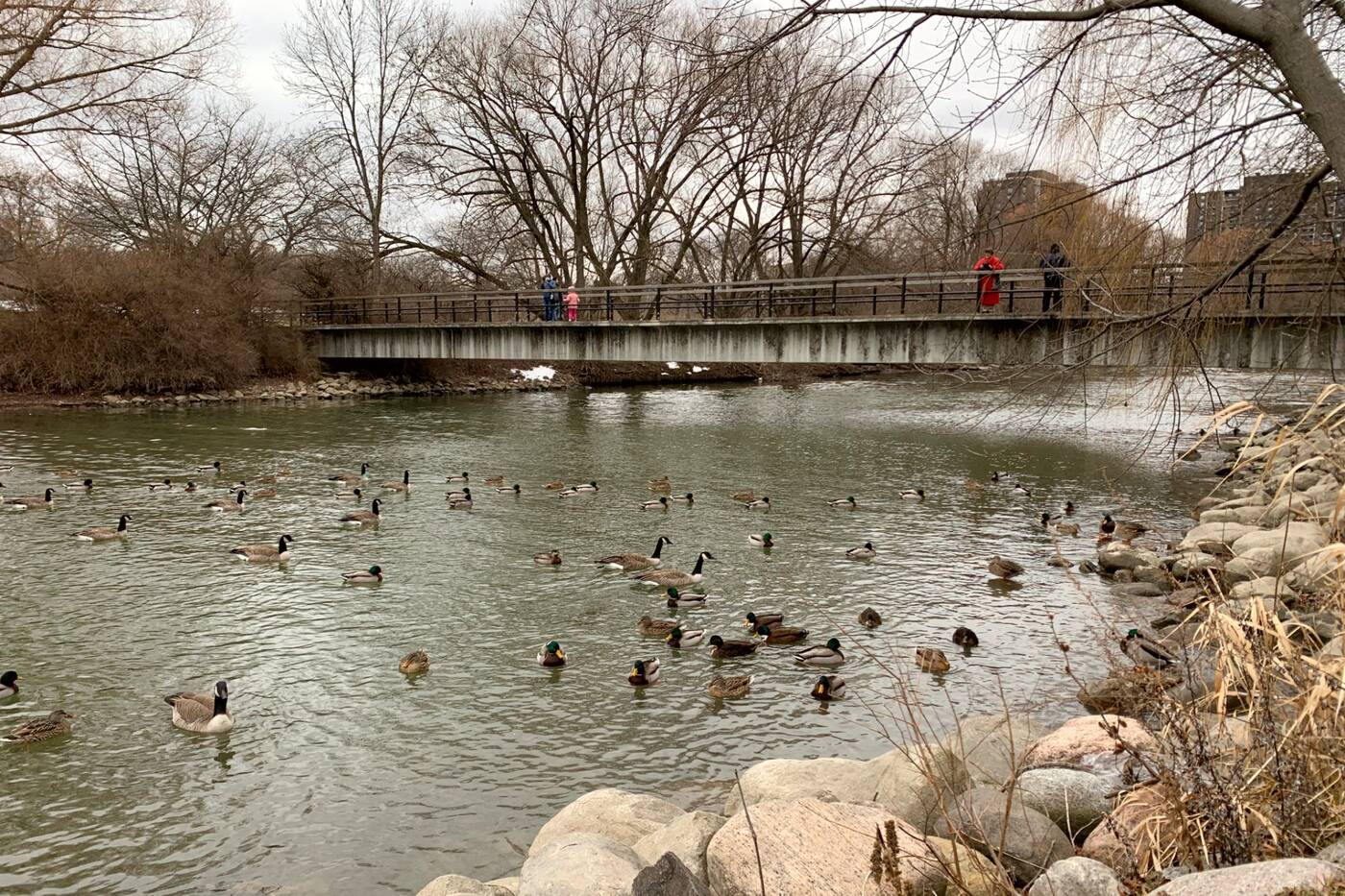 The bridge at Marie Curtis Park gives access to the other side of the river and also makes for a great spot to view the geese and ducks.

Be sure to look out for little offshoots from the main paved trail that allow you to follow the same path on a more wooded trail right along the creek. 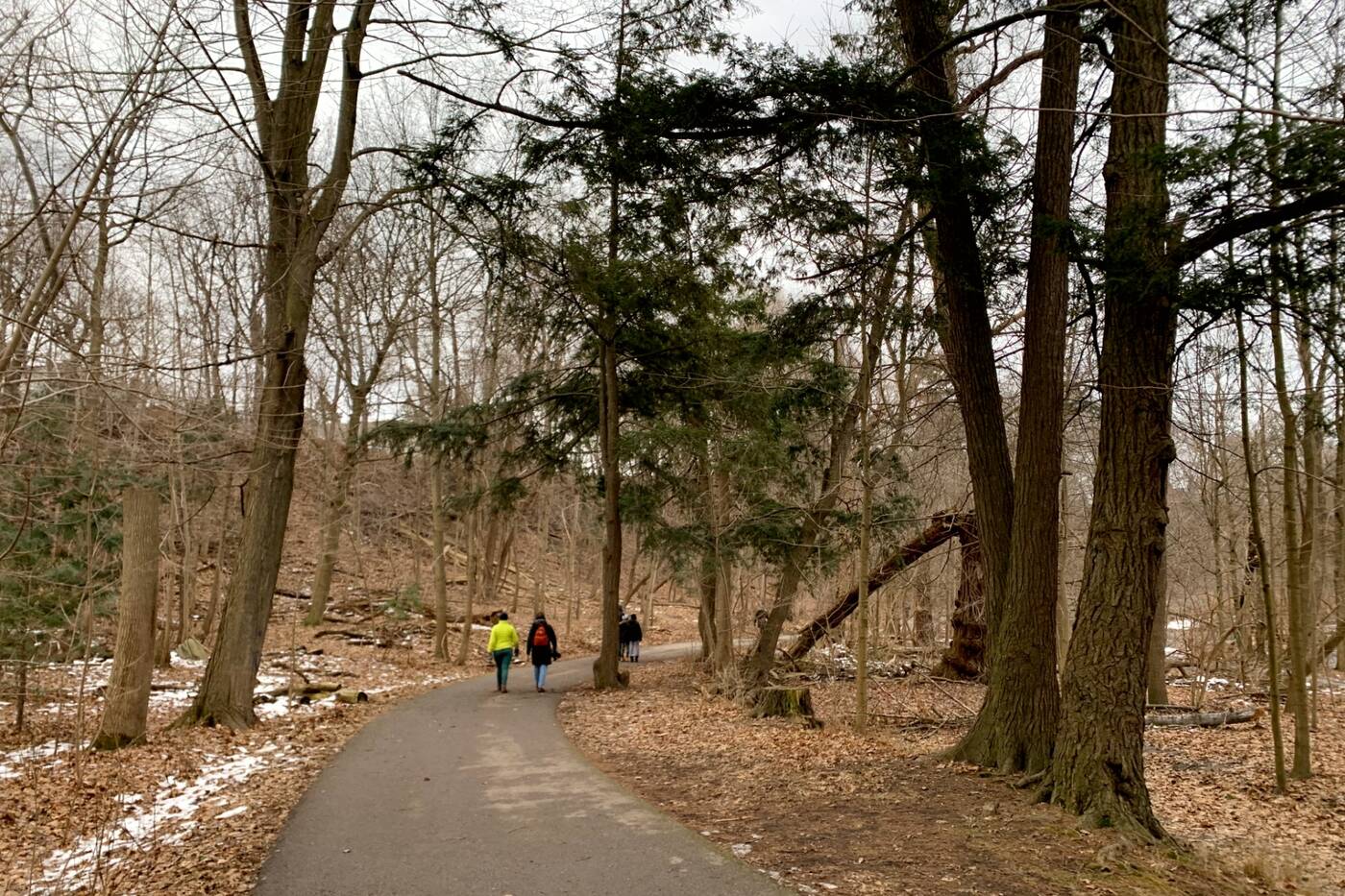 There are a number of side trails that split off from the main paved pathway if you want to journey closer to the river.

As you continue on, you'll pass under a triple set of tracks that are used by GO Transit as well as many CN freight trains. 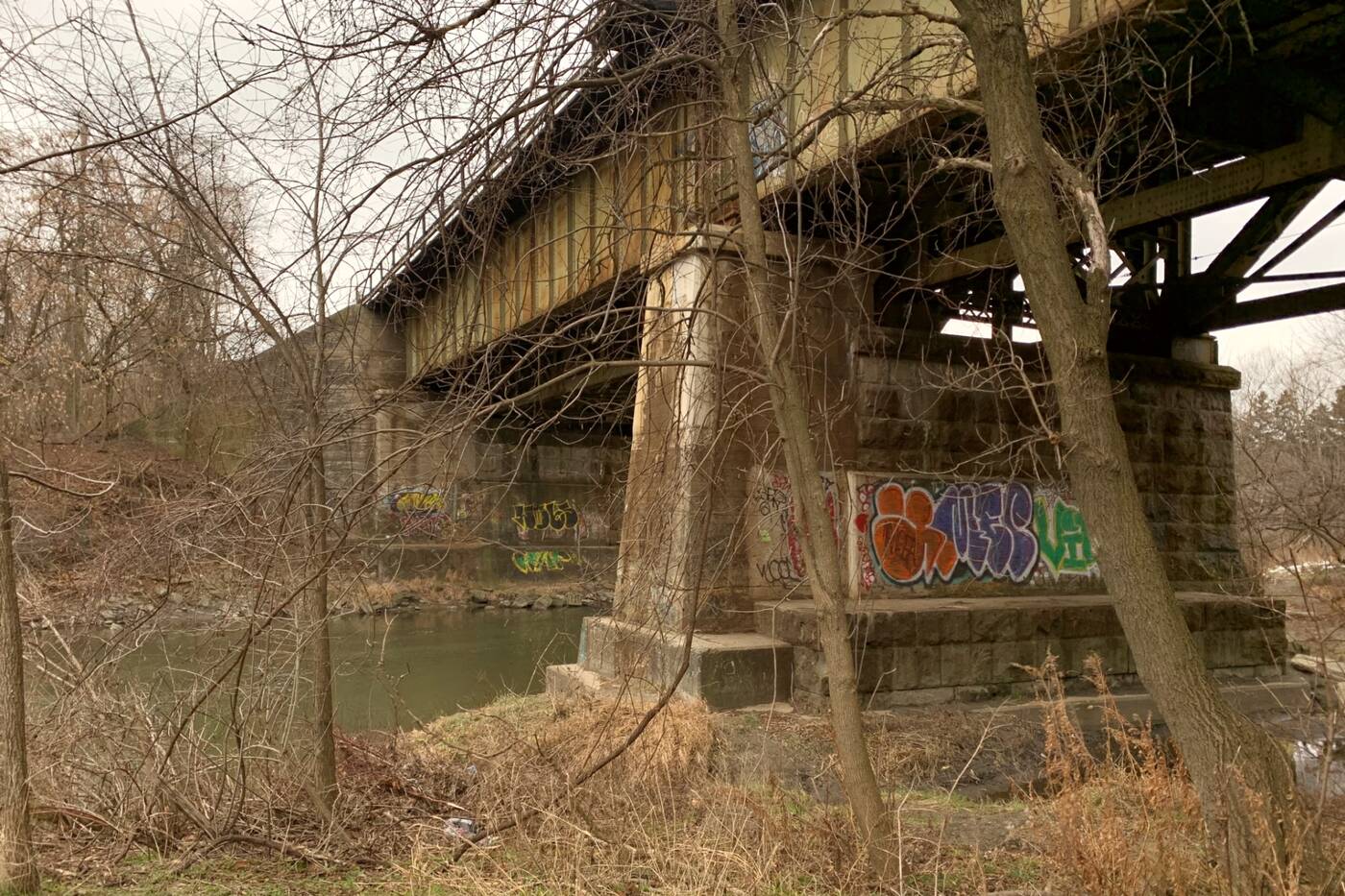 There's also a small waterfall located beside the Toronto Golf Club (which is temporarily closed). Although smaller than what can be found in Hamilton, the raging cascade still makes for a nice view close to the city. 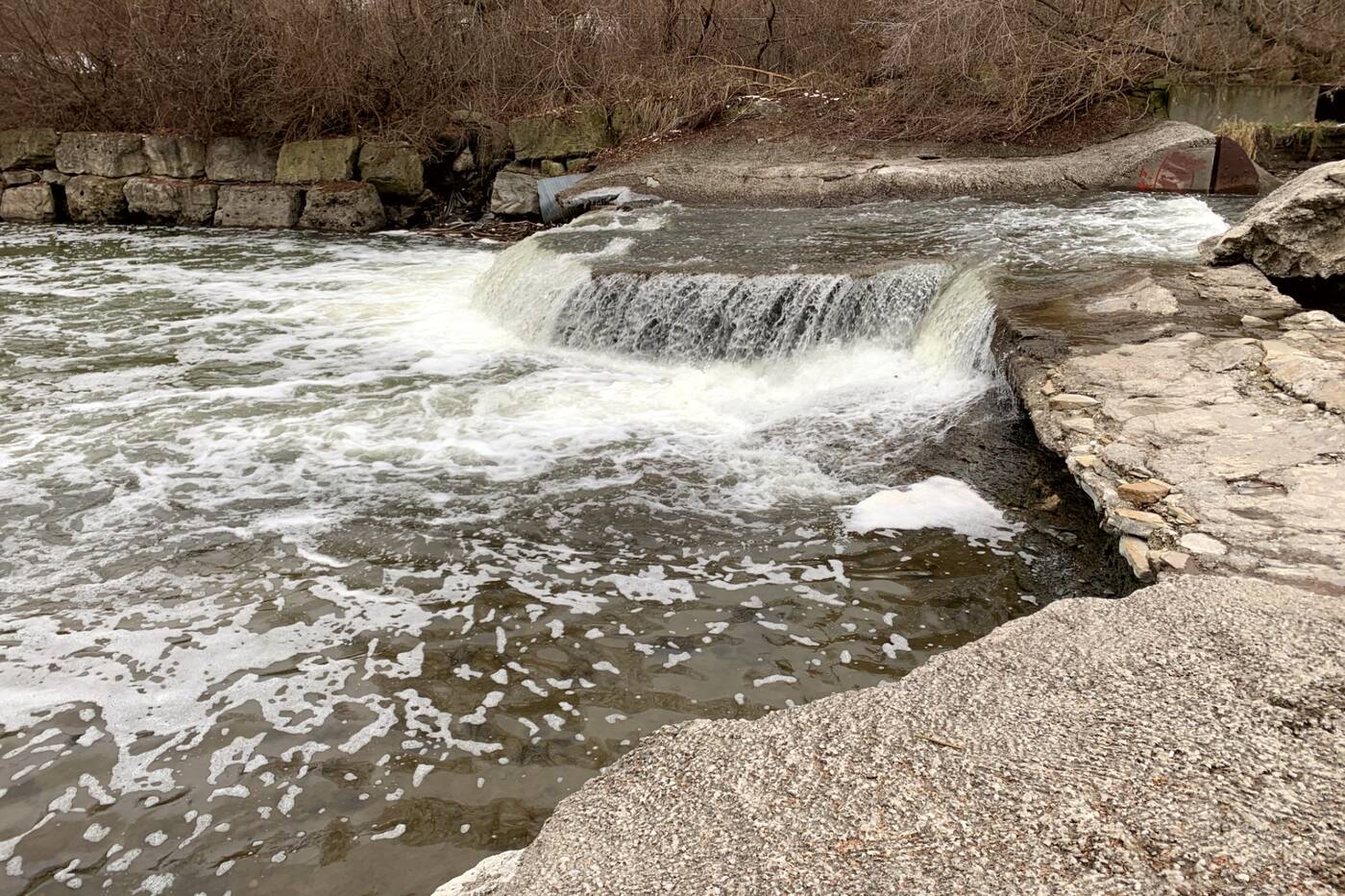 The waterfall in Etobicoke Creek is toward the south end of the river with the Toronto Golf Club to the west.

A number of brightly-decorated birdhouses situated beside the waterfall also guarantee sightings of feathered friends. 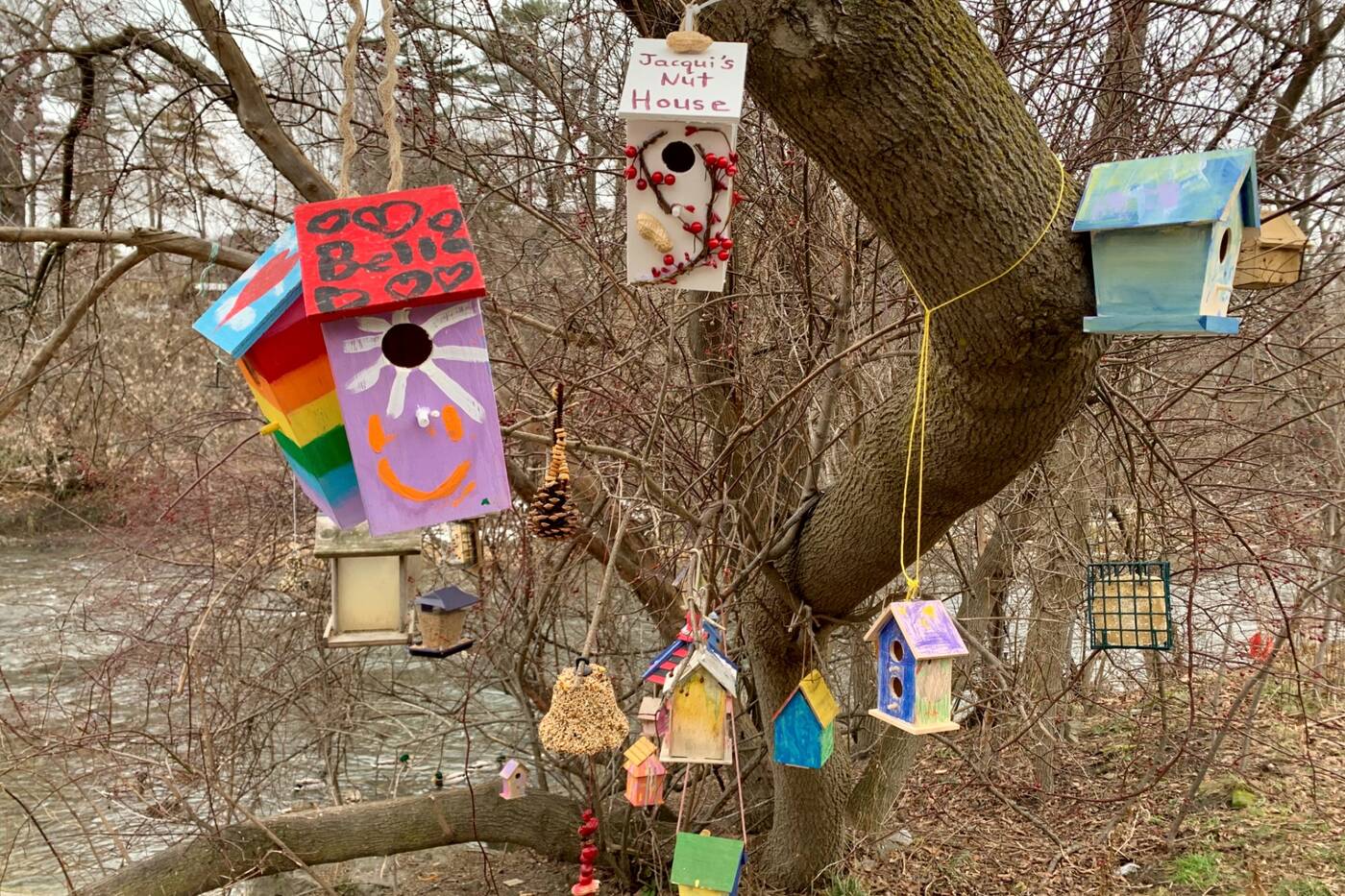 Bird watchers will be delighted to see the many birds hanging out near these birdhouses by the river.

The creek is characterized by winding pathways and rocky shale banks. As the trail curves up around the waterway, you'll be offered up plenty of optimal viewing points. 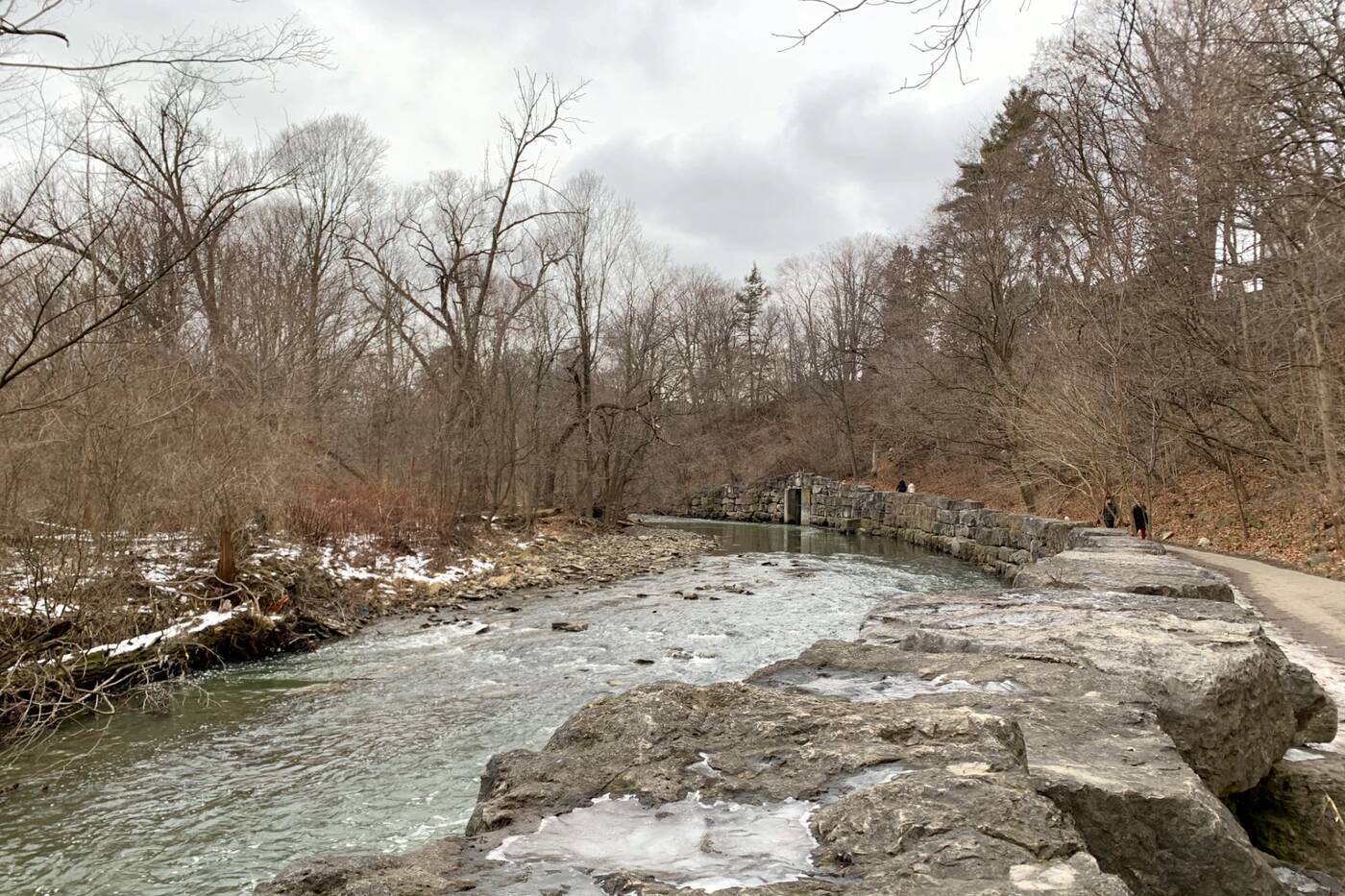