The Don Valley is one of Toronto's greatest treasures, and there's no better time to explore the routes that run across the 12,000-year-old Don River.

If you plan on hitting up Crothers Woods or the East Don, but your map-reading game is a little rusty, don't panic. A former Toronto resident has drawn up a guide to the Don modelled after a map you're probably familiar with: the TTC.

Matthew Colenbrander, 26, has created an easy-to-read map of the Don's multi-use trail network. 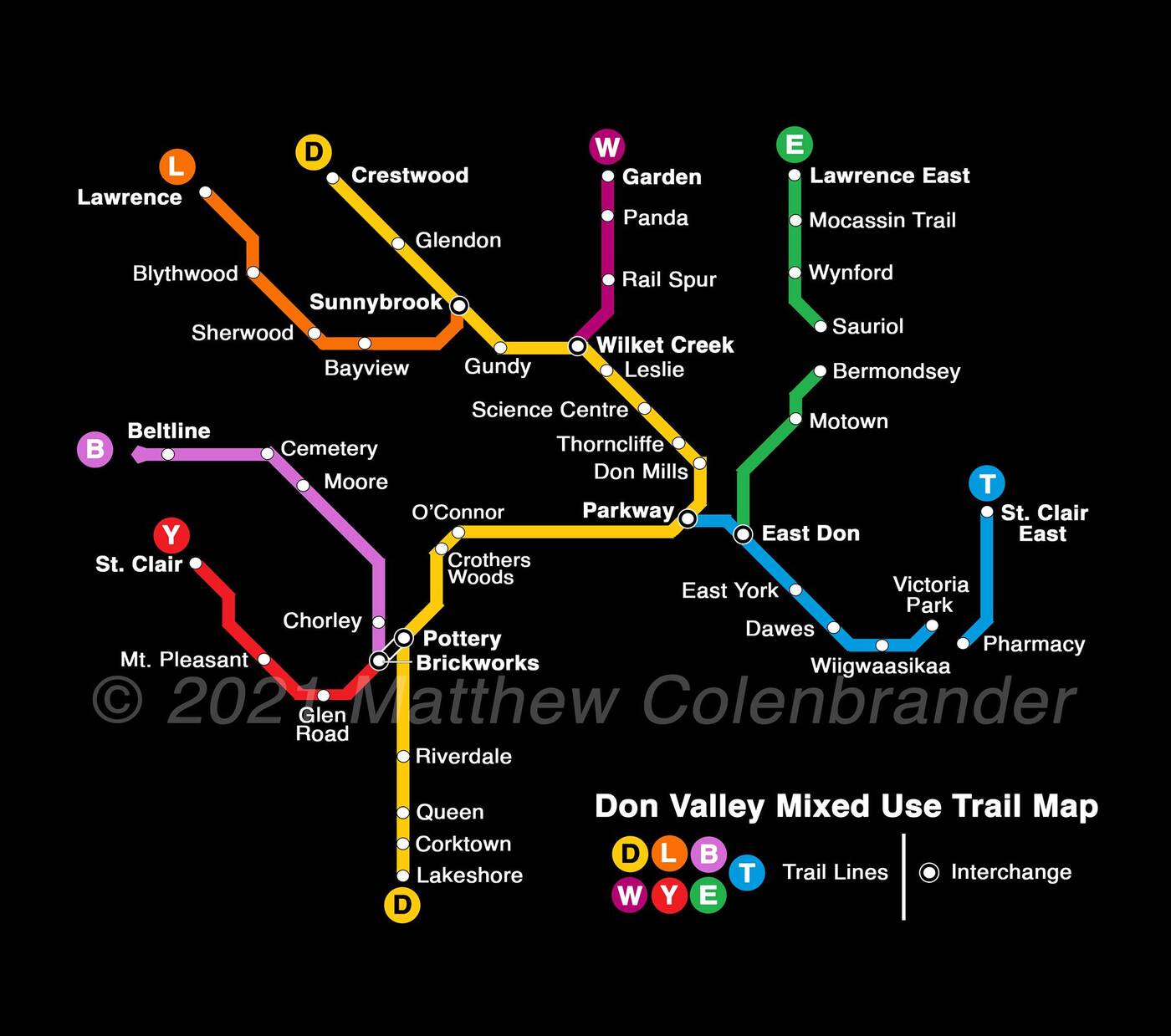 Using the TTC map as a model, he 's subbed out subway lines for alphabetical lines, complete with major trails and interchange points.

"I made it because I love the valley and the ravines and I want everyone to be able to take full advantage of them," says Colenbrander. "Especially people who live in communities like Thorncliffe Park and Flemingdon Park."

Born and raised in Toronto but currently studying in Vancouver, Colenbrander says he spent a lot of time in Toronto's ravines growing up, where he was introduced to local organizations like Don't Mess With The Don.

"This past year I spent a lot of my (mostly isolated) free time looking over the trail maps of Toronto, trying to figure out how to make it less confusing and intimidating for anyone in the city who might want to take advantage," he says.

"I realized that a subway-style map of the network would be a simple way to illustrate its extent while highlighting entry points and landmarks."

He started off drawing the lines of major roads, then trails, playing around with the scale on Photoshop.

"It took me a few days; my lack of design experience was offset somewhat by my familiarity with the trail system." 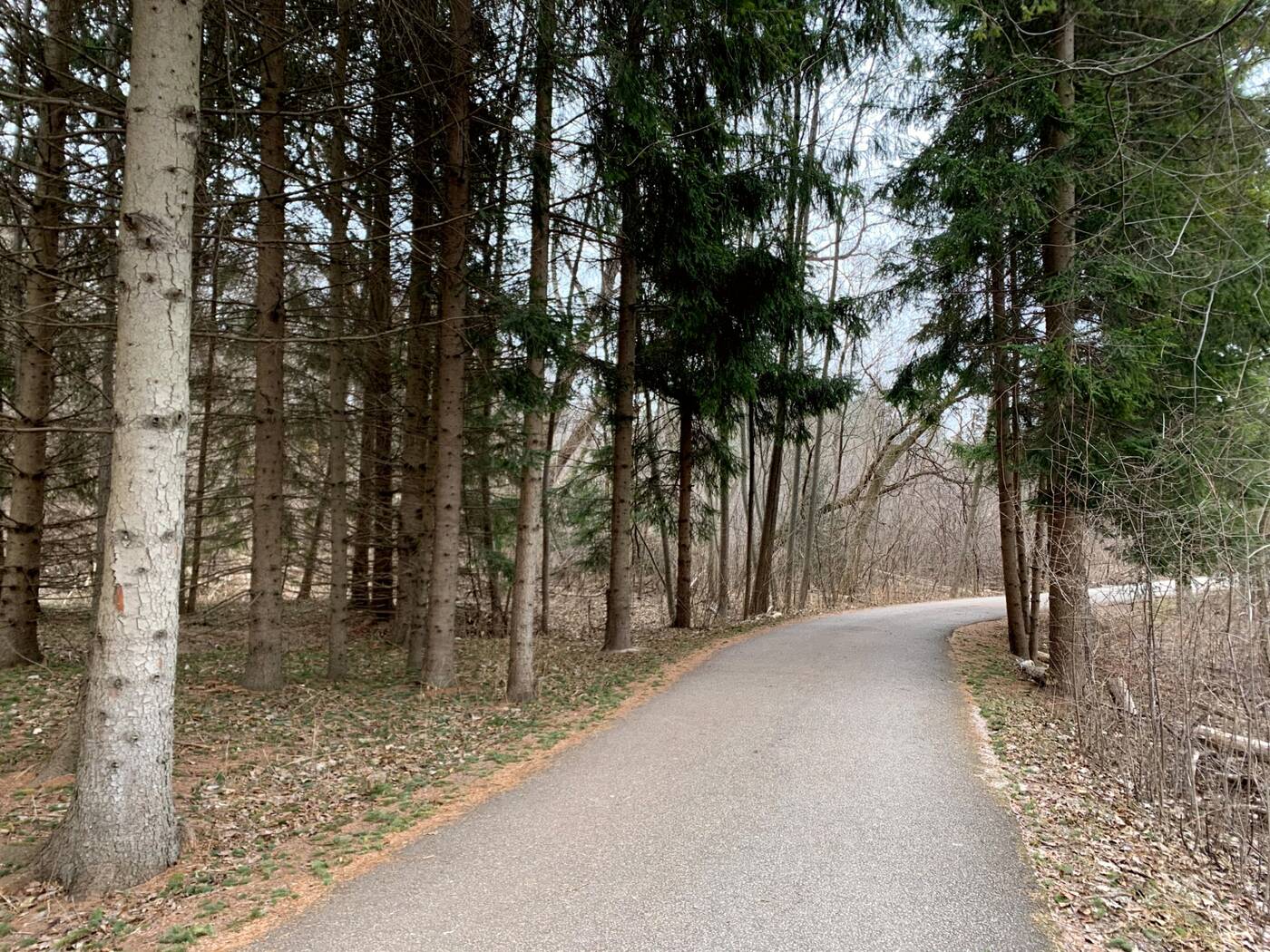 The map is a simplified guide through the Don's mixed-use trails, like the East Don Trail. Photo by Olivia Little.

Colenbrander's map has since been shared on local Don Valley Facebook groups like A Park for All and Beauty of the Don, where's it been well received by trail enthusiasts.

It's just a rough draft, and after a flurry of recommended changes, like adding accessible washrooms, or proximity to subway stops, Colenbrander intends on making new versions.

"I want to make sure the map reflects the presence and traditions of Indigenous peoples on their land, and am hoping to hear about the best ways to do that," he says.

"I also want to make sure that the map doesn't negatively impact the many people who are living in the ravines and valley."