Bike lanes in Toronto are starting to appear on city streets, which is good news for cyclists who were pretty disappointed with last year's overall turnout of just 3 kilometres.

As the pandemic prompts a need for more outdoor public spaces and better travel infrastructure, Toronto has responded in kind with ActiveTO, a citywide plan for 40 kilometres of expanded bike routes, including several accelerated permanent installations.

Most routes are temporary, but there's hope that ActiveTO also includes bikeways that — like the Richmond-Adelaide Cycle Track pilot or on Bloor between Shaw and Avenue — could eventually become a permanent part of cyclists can get around the city.

Here are the bike lanes Toronto has installed since last summer.

This bike lane running between Avenue Road and Sherbourne was one of the first installations this summer.

This bike lane runs from Finch Avenue West south all the way to Sheppard Avenue.

Connecting to the Dundas East lanes between Broadview and Kingston Road, there's been a 1-kilometre addition west to Sackville for a better ride of the Don Valley Parkway bridge.

Biking West to work, Dundas/Munro is usually where I reflexively turn North onto Munro to cross the DVP on Gerrard.
Not today, though - look at this shiny new Dundas bike lane allowing cyclists to cross the DVP *safely*.
Thank you #ActiveTO !
More of this please. #bikeTO pic.twitter.com/FYRhllpndY

Danforth got painted bike lanes earlier this year between Dawes Road and Broadview Avenue, reducing the street to one-lane traffic each way. Phase 2 runs from Jones to Woodbine.

Four hundred metres of bike lane was installed in November of last year between Navy Wharf to King Street.

There are now 2.3-kilometres of separated bike lanes between Adelaide Street West and Bloor Street West. The lane also extends up Avenue before ending at Davenport.

Three years after being proposed, 300 metres were installed between Woodbine Avenue to Brookside Road last summer.

Scarborough got some much-needed cycling infrastructure between Lawrence Avenue and Kingston Road.

This lane runs from Victoria Park all the way east to Brimlery Road. 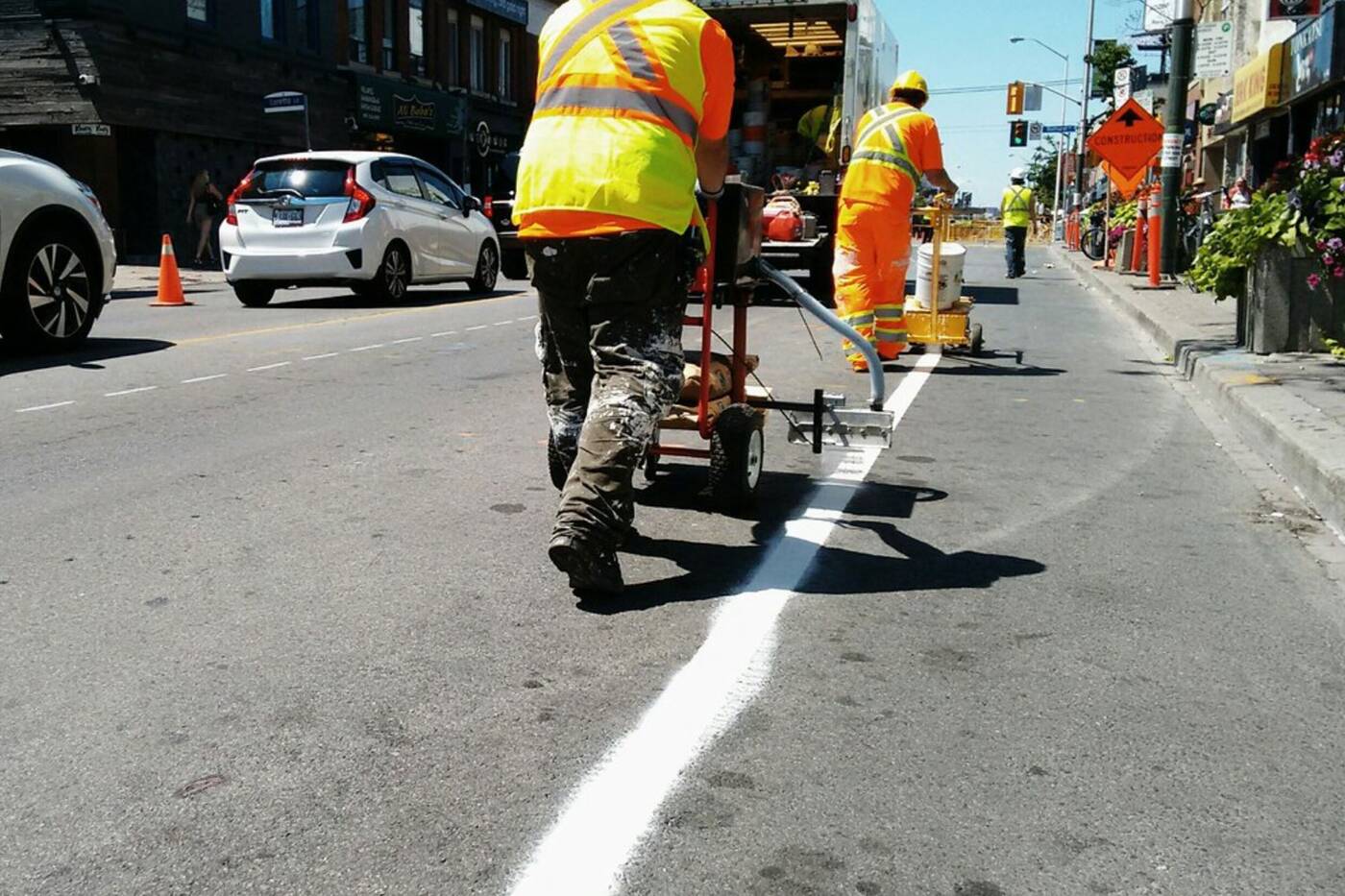 Bike lanes have been installed across the city. Photo by Martin Reis.

Here are the bike lanes Toronto plans on installing in the year to come.

A contra-flow bike lane will be installed on the south curb, while westbound bike traffic will share the travel lane with motor vehicles. Installation will run from Ossington Avenue and Givins Street, then to Shaw Street on the north curb.

Proposed bike lanes or cycle tracks have been approved for Eglinton Connects, which will hopefully improve the landscape of an area that has seen, and will continue to see, drastic changes for commuters.

The proposed track would run from Mt. Dennis Station to Jane Street, and again on Eglinton Avenue from Keele to Laird Street, hopefully by 2021.

Protected bike lanes will be built alonside the LRT route, which stretches 11 kilometres long, when the track is complete in 2023.

The goal is a cycle track or buffered bike lane on Finch Avenue from Hwy 27 to Weston Road, then from Norfinch and York Gate Blvd. to Tangiers Road.

Bike lanes were meant to be built between Port Union Road and Rouge Hills Drive by 2019, but have yet to be complete.

Cycle tracks or buffered bike lanes will run from Pharmacy Avenue to Conlins Road, to be isntalled after the Finch West LRT is complete.

The intersection at Dundas, Bloor, and Kipling is seeing major construction now. Separated bike lanes are planned for all major streets in this area.

There are a number of proposed bike lanes awaiting approval or more details. The City of Toronto has a Cycling Network Plan Project List that you can check for more info, as does Cycle Toronto.