Danforth Avenue has new bike lanes at last, but the additional cycling routes are already drawing ire from some.

Painting has begun on the Danforth between Dawes Road and Broadview Avenue as part of the city's plan to add about 40 kilomtres to its cycling network by the end of the summer.

Wearing my flying pigs socks as I take a spin on the new Danforth bike lanes. #BikeTO pic.twitter.com/7Tpf1HVLGH

They're not entirely finished yet, but fresh coats of paint have been added to the Danforth to separate cyclists from traffic.

It’s detours & delays for drivers on Danforth as new bike lanes are being installed. Vehicle traffic reduced to one lane each way from Broadview-Dawes rd. It’s part of 25 km expansion of bike lane network that city accelerated due to coronavirus pandemic. pic.twitter.com/RbQ6Ee4EUn

The new bike lanes means that vehicle traffic in the area has been reduced to one lane, each way: something that drivers aren't happy with.

While cyclists are rejoicing about the addition of this new safety measure, it seems vehicles on the road just don't get the concept of street parking adjacent to bike lanes.

Many have taken photos of vehicles in the bike lanes to show how physical barriers, not just paint, is needed to protect cyclists from illegal parking.

The problem is excerbated by the fact that in some stretches, the bike lane is the same as the lane for cars so there is no other option than for motorists to drive in the bike lane. 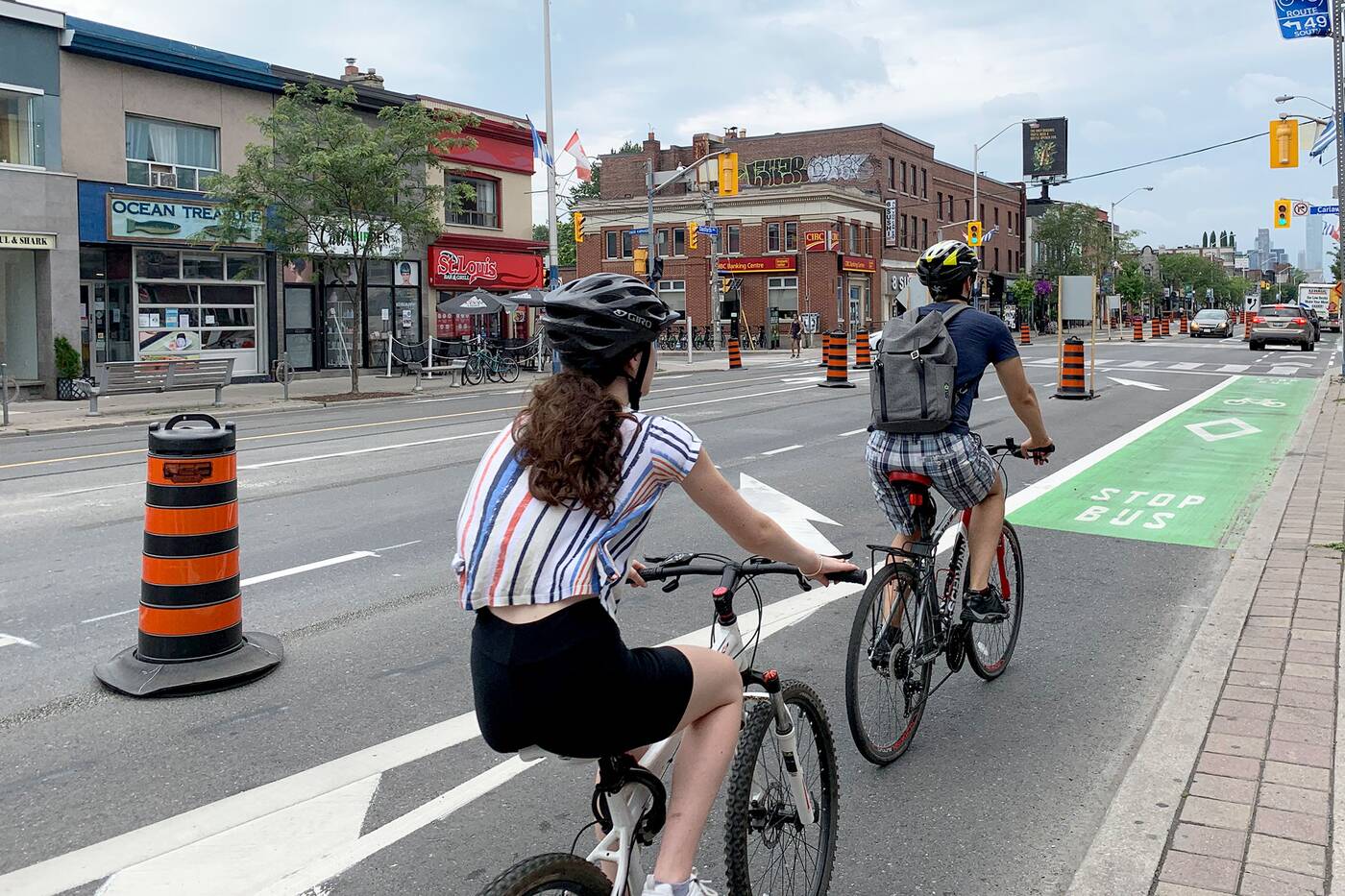 Cyclists using the new bike lanes on the Danforth.

There's also some muddy planning at Broadview and Danforth, where a bike lane and a vehicle lane for right-turning drivers weave together in a confusing and dangerous way, especially for newbie cyclists.