Marie Curtis Park is home to the Etobicoke Creek Trail (that will eventually stretch 50 kilometres along the creek), the Waterfront Trail, and one of the more lesser-known, and possibly most underappreciated beaches in Toronto.

Nestled at the very end of the Queen streetcar line at the bottom of the quiet residential street and boasting fewer crowds than that at Bluffer's or Woodbine, the beach set in lush parkland piles on the local charm. 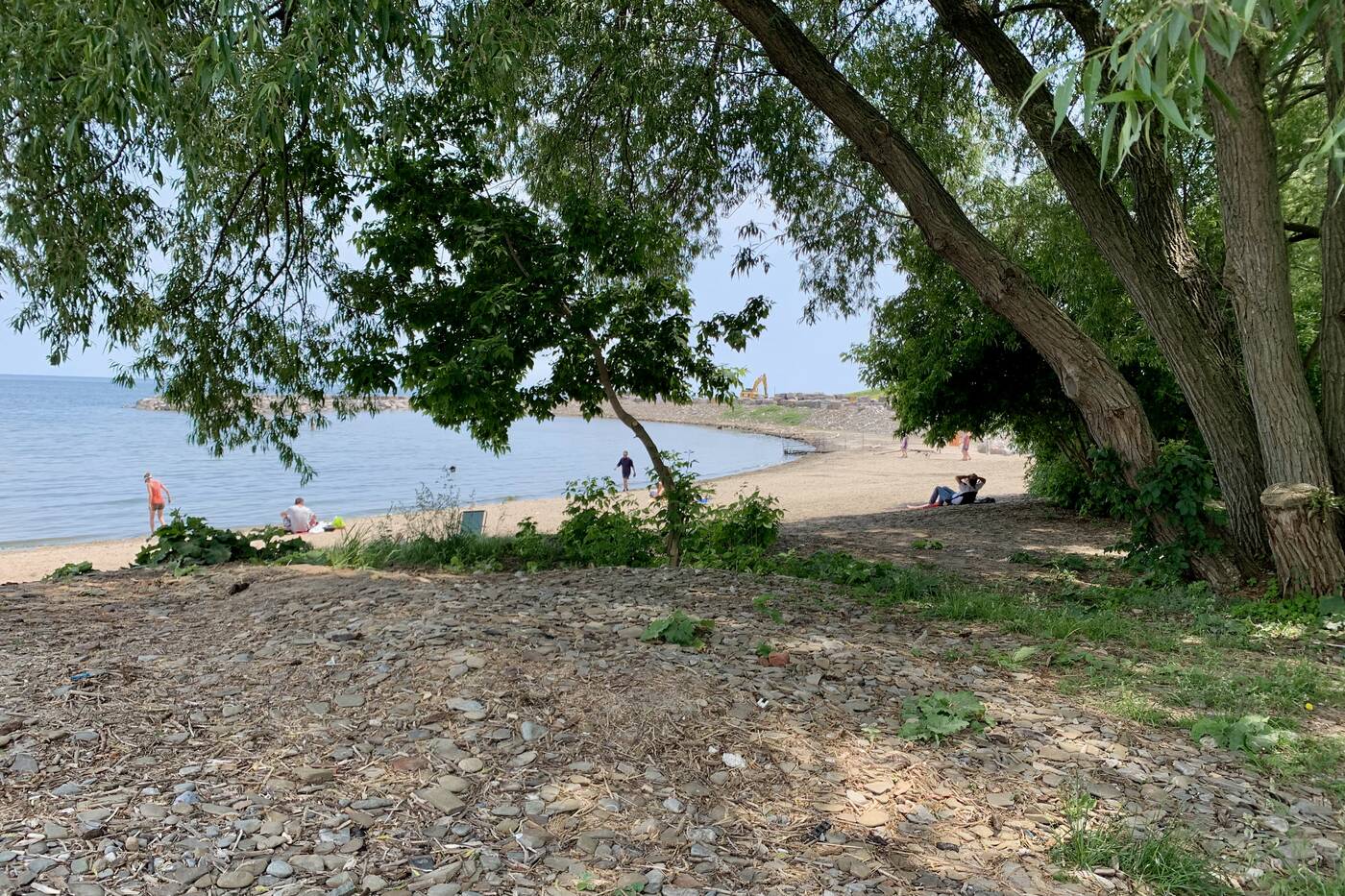 Marie Curtis Park is located in the Long Branch area at the very end of the Queen streetcar line.

Even despite a bit of ongoing construction in the area, it's a worthwhile spot for a tranquil day at the beach for those willing to travel.

If you're coming by TTC, the 501 (though replaced by a bus this summer), 110 and 123 streetcars will drop you at the Long Branch Loop. The 23 and 5 buses will also get you about a 10-minute walk from the beach while the Long Branch GO is also just up the street. 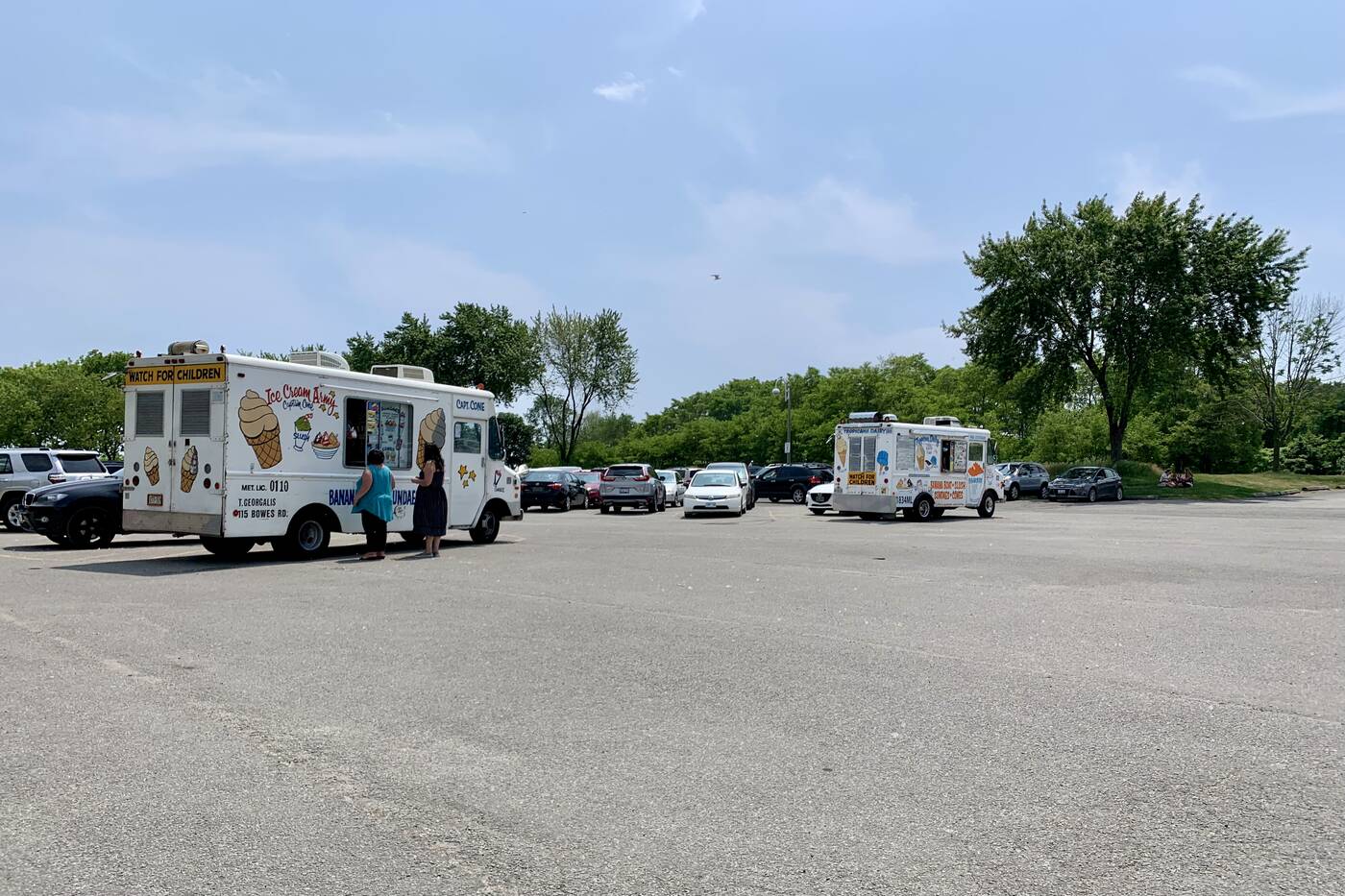 There are two parking lots in the park where ice cream trucks often park on the weekends.

Those driving will be spoiled for choice when it comes to parking spots on both the east and west sides of the park where an ice cream truck or two will be set up most weekends. 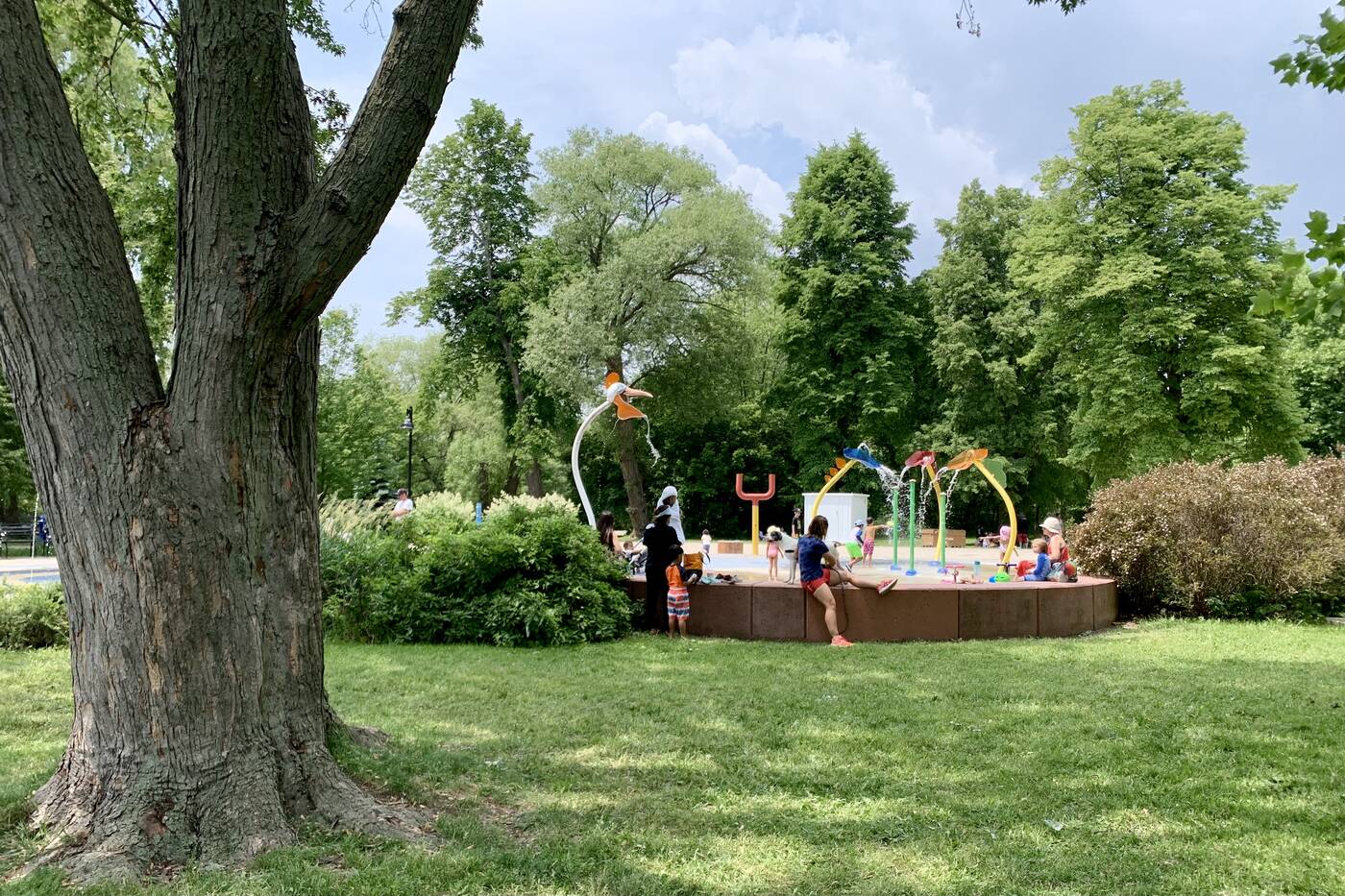 A playground, splash pad and picnic areas are situated near the entrance.

There's also a full playground with a splash pad for a quick cool-off near the eastern parking lot. Surrounded by ample green space, large shady trees, and picnic tables, plenty of visitors decide to spend their afternoon right here. 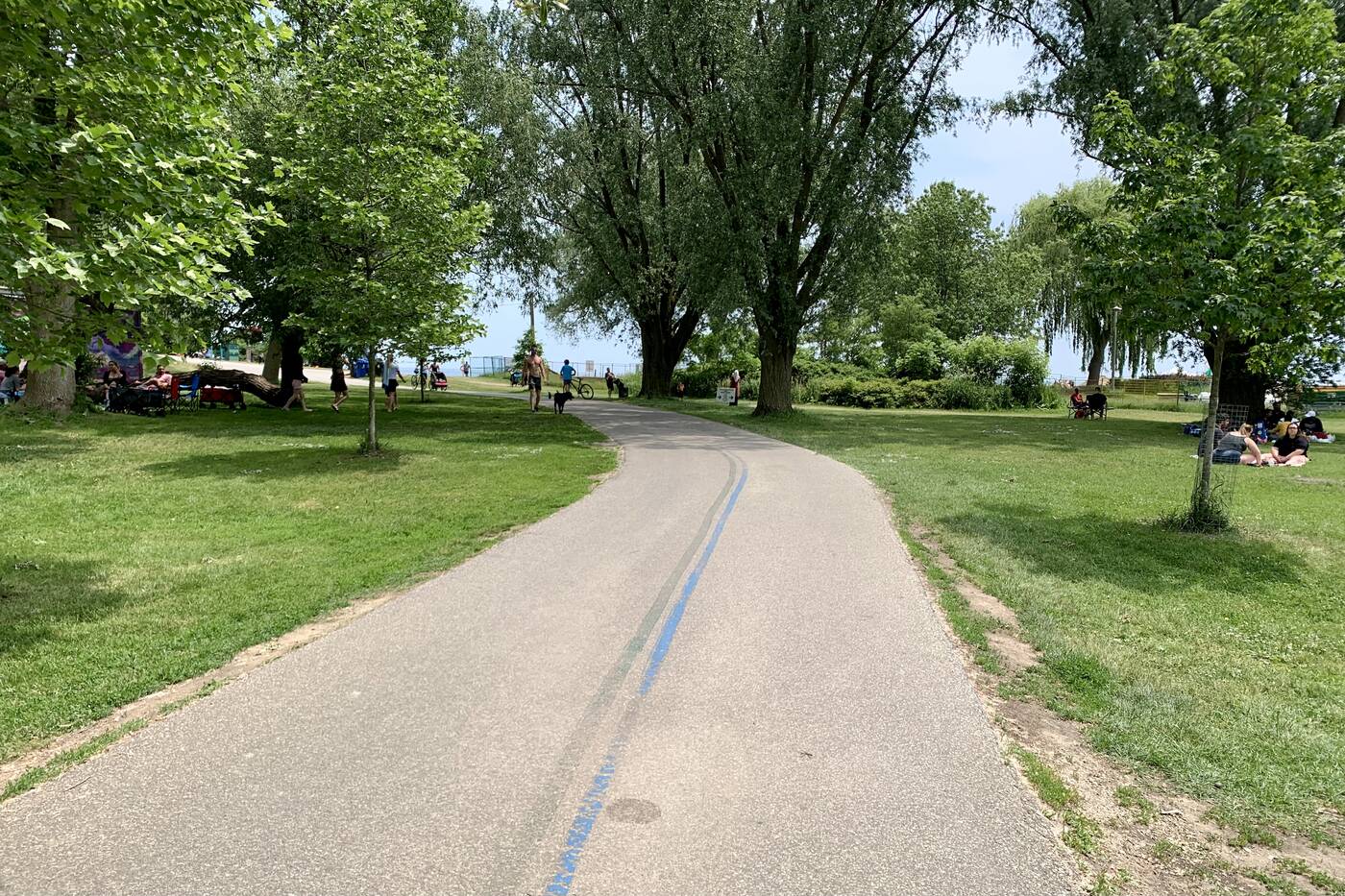 The Waterfront Trail meanders through the park and is usually busy with bikers.

The two-lane Waterfront Trail will continue to lead you toward the lake. This is one of many spots along the 3,600-kilometre trail on its way around Lake Ontario.

After meandering up through the park, it diverts from the water and leads east through a bit of a residential area before meeting the shoreline once again at Long Branch Park. 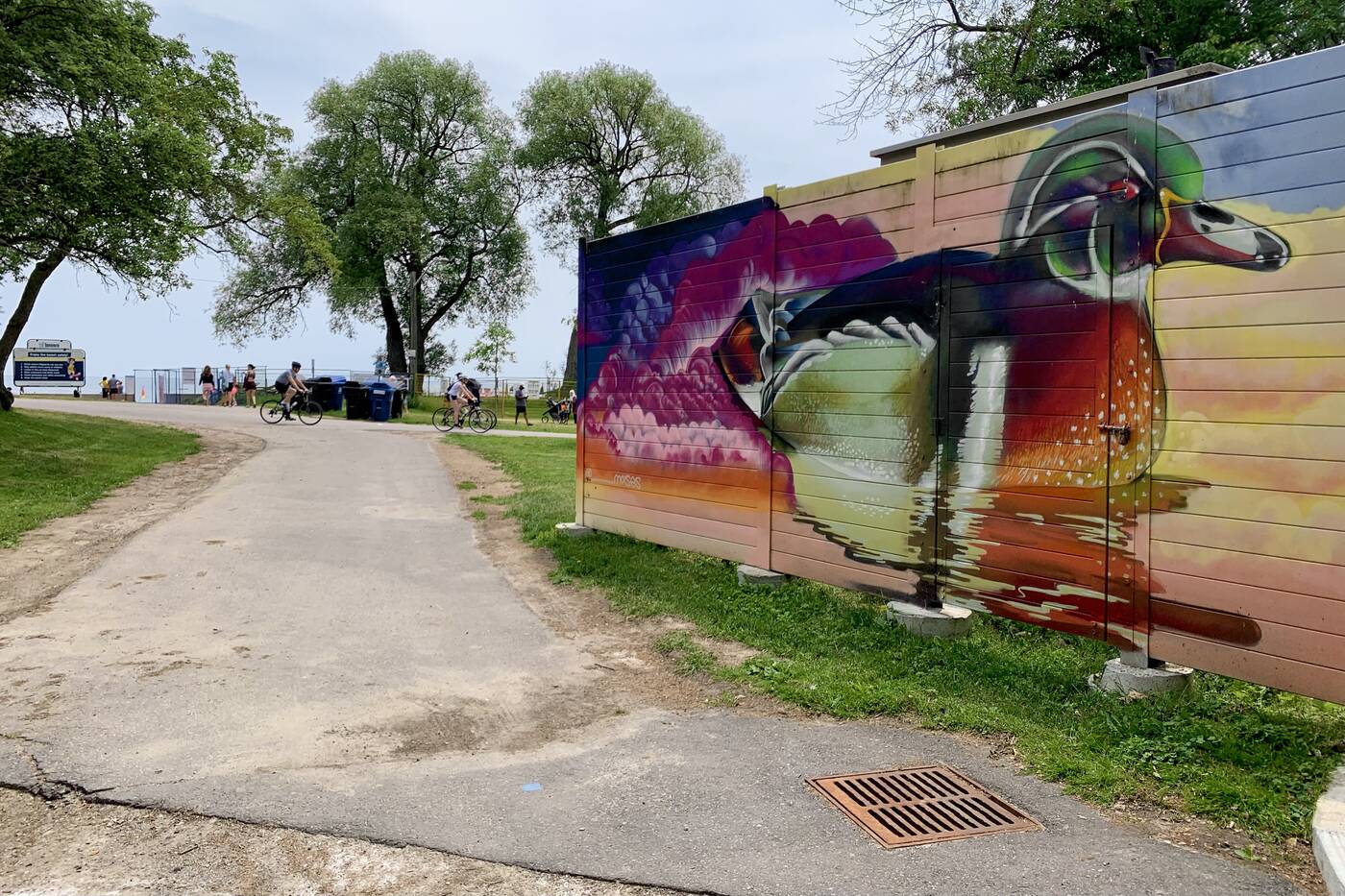 The trail heads east to the residential neighbourhood before meeting up with the lake a bit further along.

Make sure to watch out for bikers racing past as you make your way to the short stretch of sand at the east beach just ahead.

The east beach is usually the busier of the two beaches in the area.

The eastern beach is the smaller of the two beaches in the area separated by Etobicoke Creek which cuts through the middle. The short stretch of beach, featuring a mix of soft sand and flat rocks, still tends to fill up with a decent amount of families and locals on a warm day. 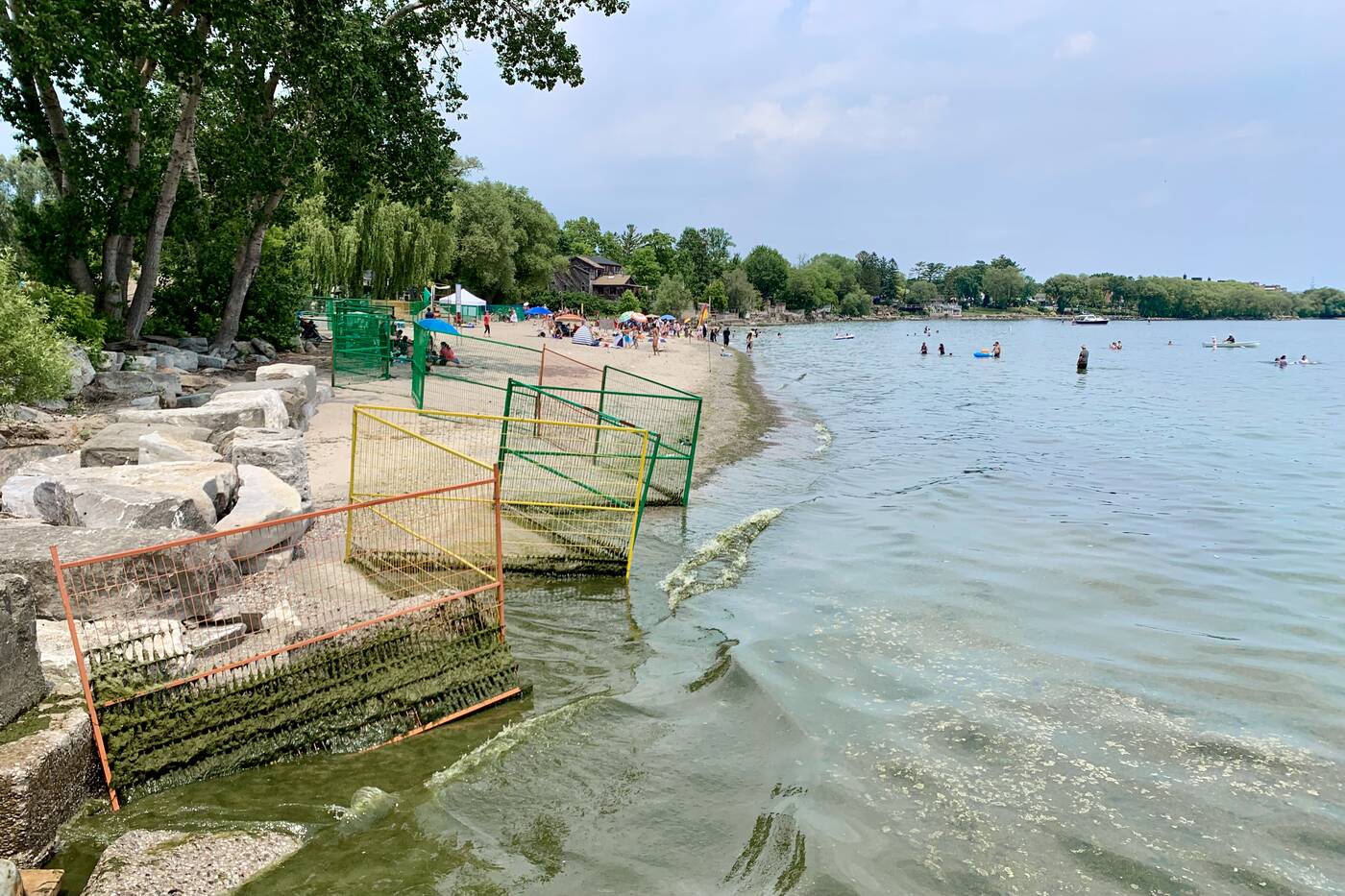 The mouth of the Etobicoke Creek separates the beaches in the park.

Although the beach offers plenty of reasons for a visit, swimming wouldn't necessarily be one of them.

A nearby sewage plant gives off a bit of a smell, the water is greener than it is blue as you get closer to the pier, and high E. coli levels aren't uncommon. But if the smell and appearance don't deter you, it seems to be perfectly safe for a swim this summer. 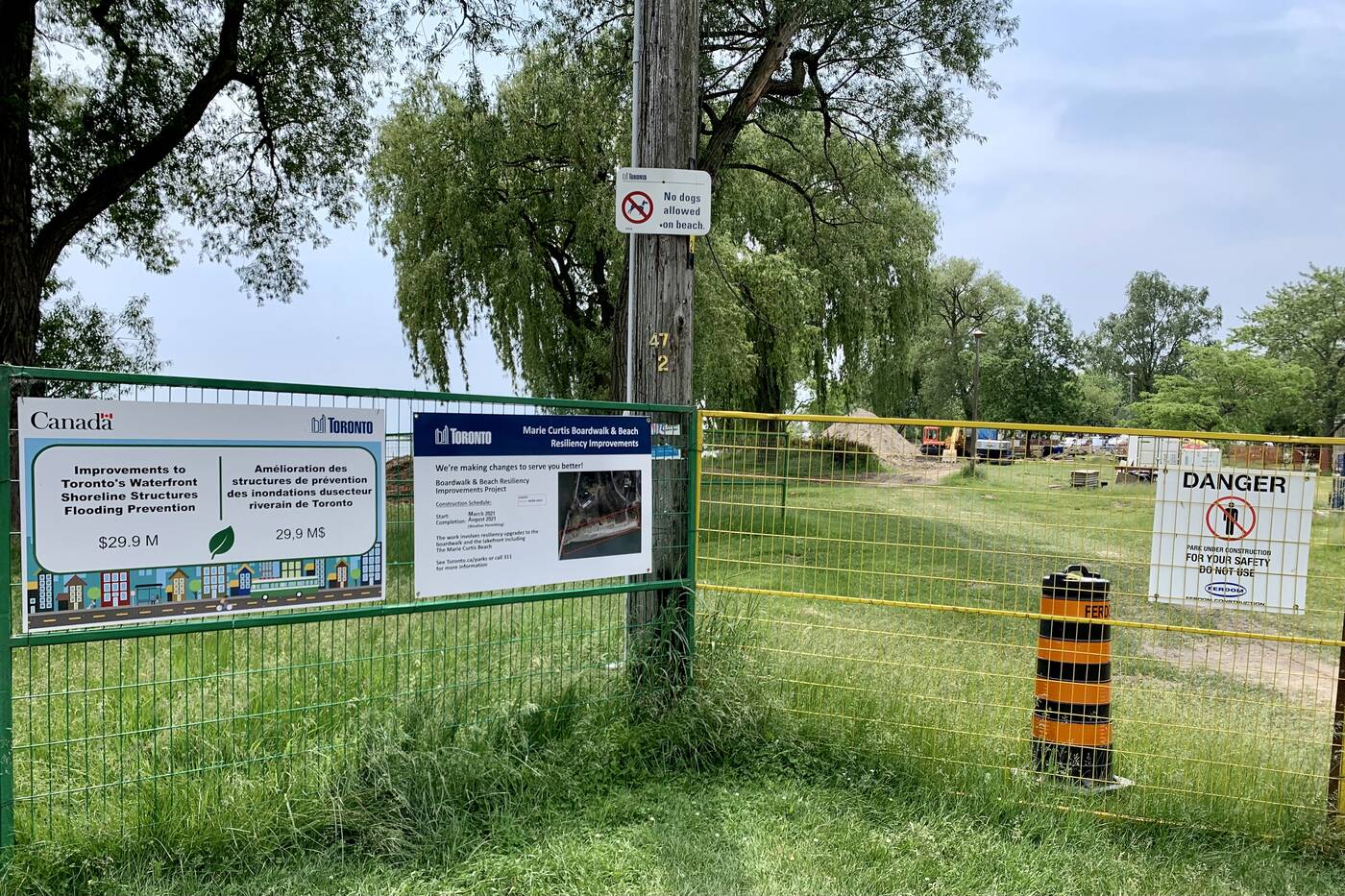 There is a bit of ongoing construction on the boardwalk at the beach.

There's also ongoing work being done on the beach boardwalk, which is meant to provide a wider beach once completed. It's scheduled to be finished this August, but for now, fences run along the edges of the east beach where the short wooden boardwalk can usually be found. 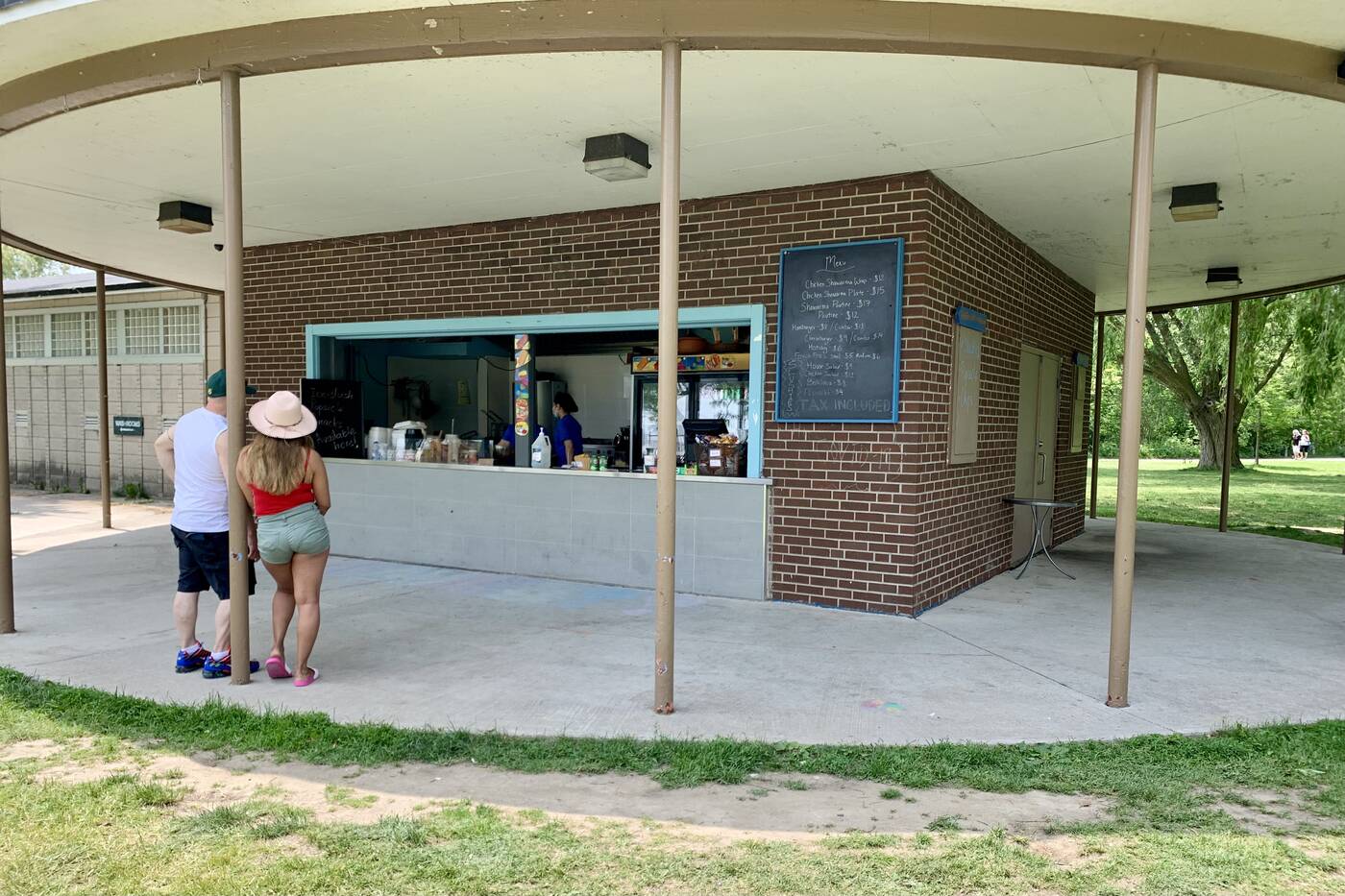 A snack stand for chicken shawarma, burgers and hot dogs is found within the park.

As you make your way toward the beach at the western edges of the park, you'll pass by the Sunset Beach Cafe. Chicken shawarma, hot dogs and burgers are served from the pickup window should you become hungry from soaking in all that sun. 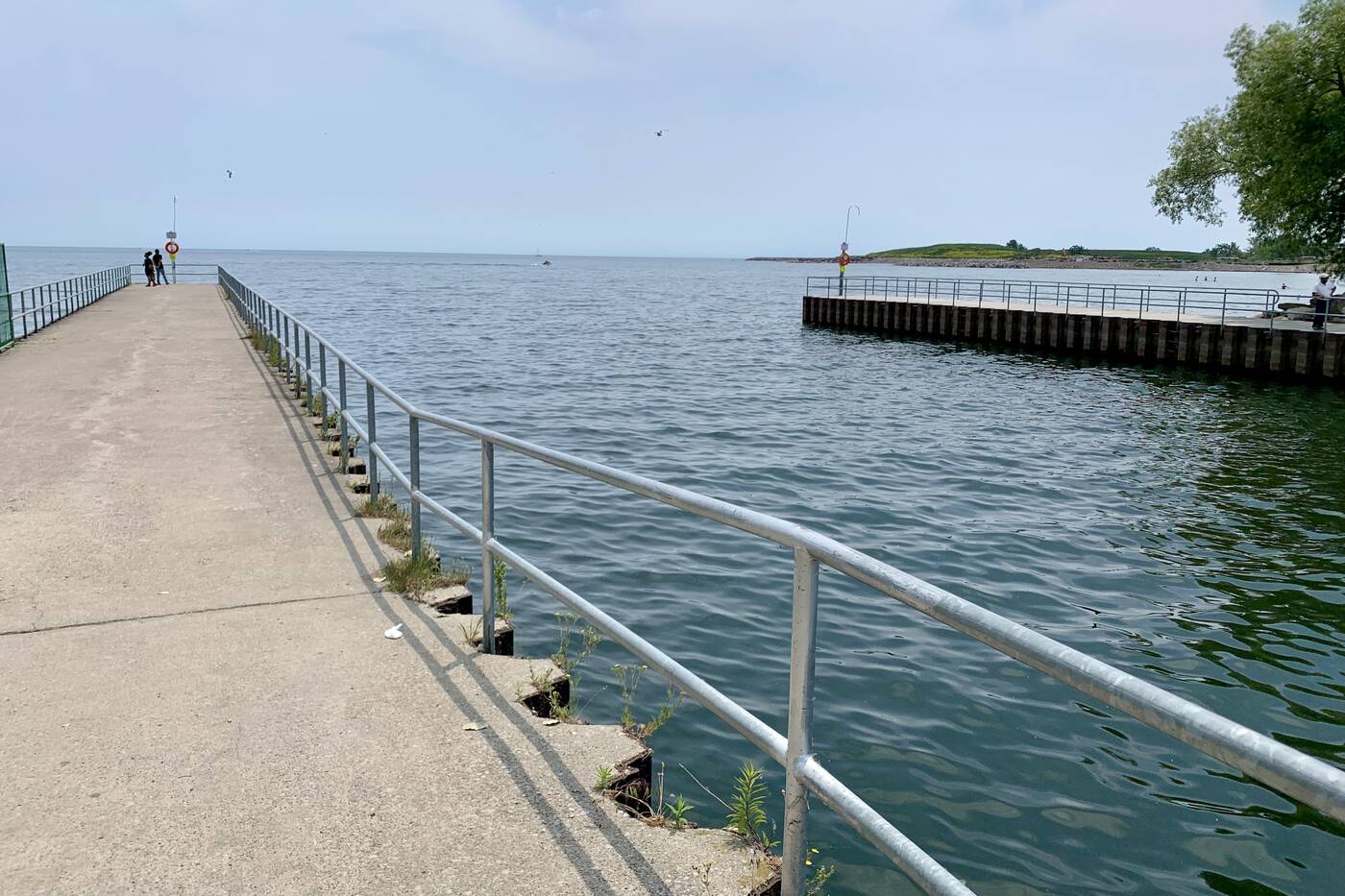 There are two piers on either side of the park offering up views of the lake.

Make sure to take in the views once you hit the pier. There's one stretching from each of the beaches. If you squint you'll be able to spot the CN Tower to the east and on a windier day, it's the perfect spot to watch the windsurfers catching air on the lake. 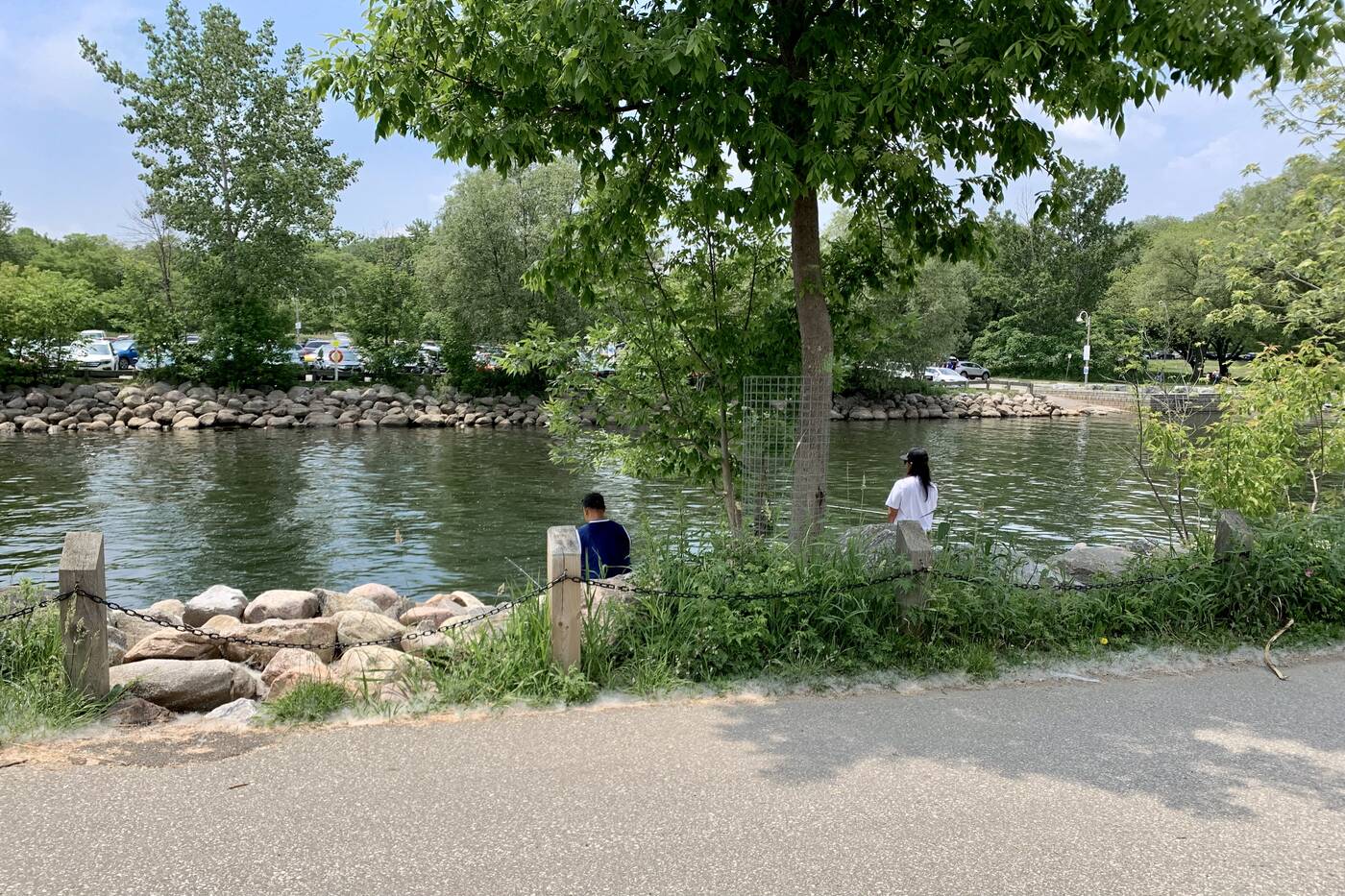 The mouth of the river is the perfect spot to do a bit of fishing with a number of different fish species.

You'll need to head north on the path that follows the babbling river to connect to the other side. The deep entrance to the lake at the mouth of the creek is home to lots of fish including salmon and trout, attracting fishers to the rocky sides of the river. 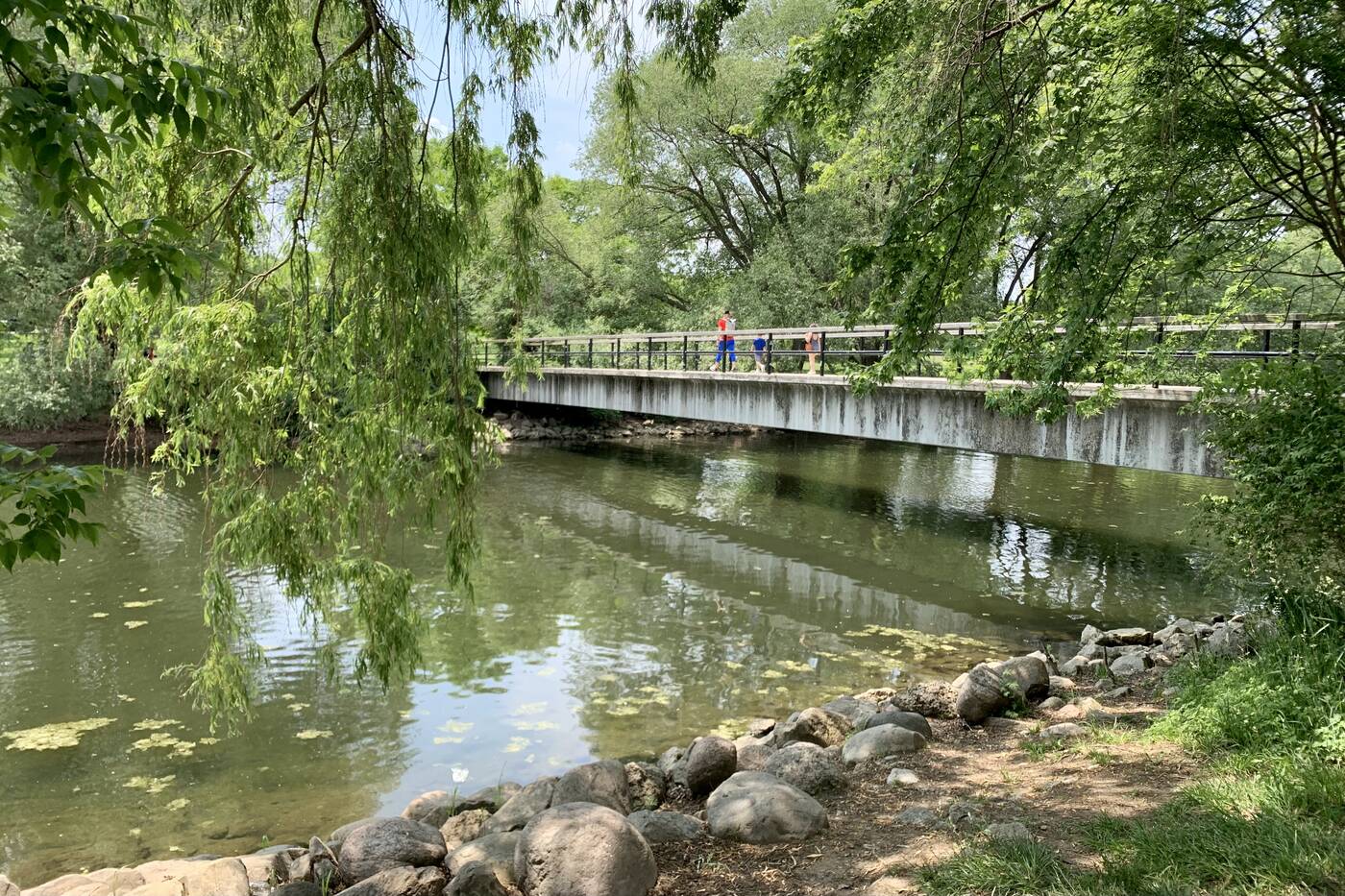 A bridge over the creek connects both sides of the park.

Cross the bridge to get to the opposite side of the park. It can be a good spot to view some of the fish going with the stream below but keep clear of bikes also passing over the narrow path. 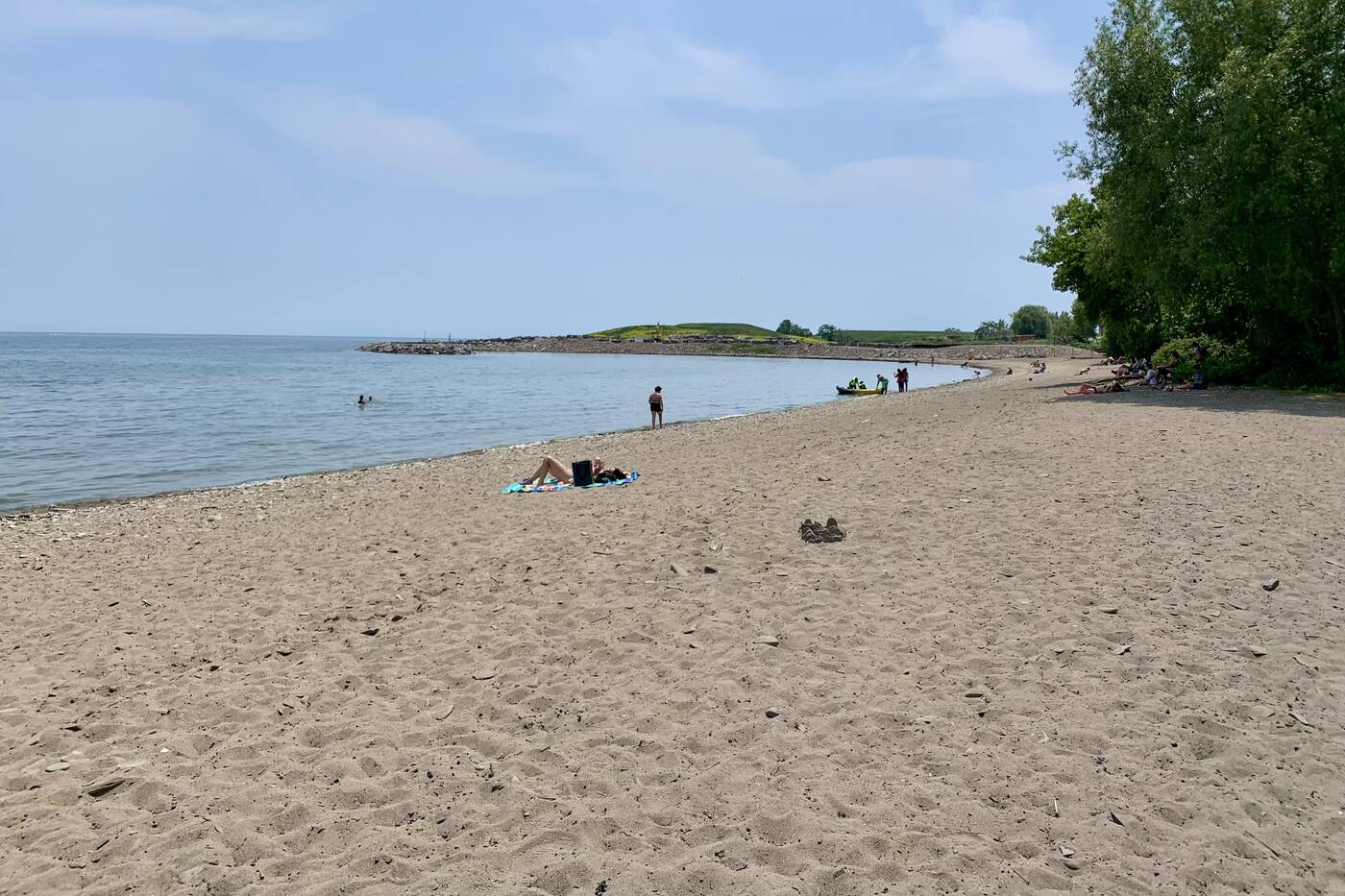 The beach on the western side of the park stretches a bit longer and is usually less frequented.

The western beach just past the parking lot spans quite a bit longer than that on the other side. Since the east beach tends to fill up first, head here if it's ever too crowded. There's more than enough space to spread out and enjoy some Vitamin D.

You'll be able to spot the massive waterfront park still in the works on the former industrial grounds just west of the beach. 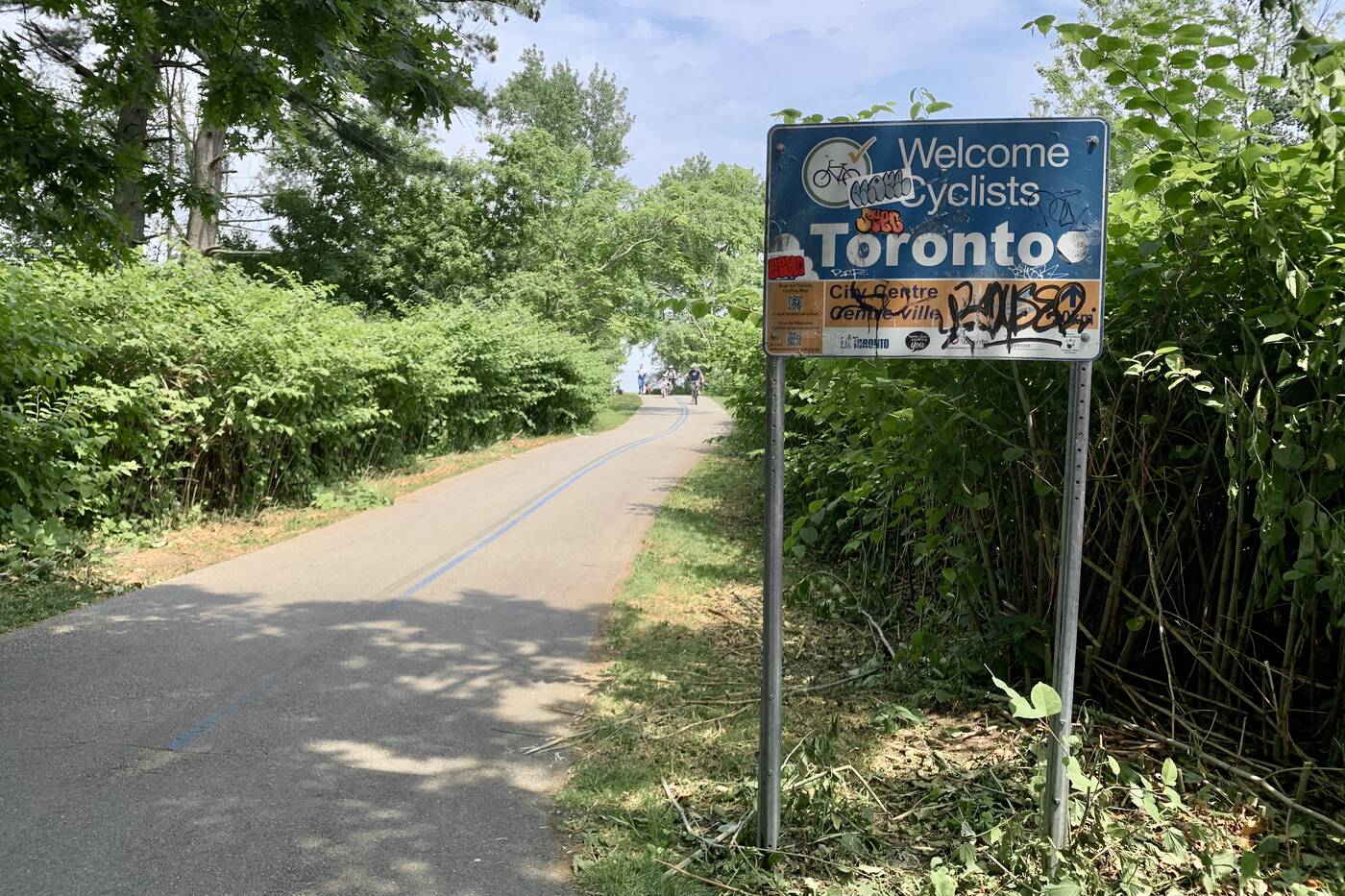 The Waterfront Trail continues westwards from here hitting up plenty more parks and beaches along the way around the lake.

The Waterfront Trail continues westwards from here if you're interested in exploring the Lakefront Promenade Park, which is next up on the trial. But with so much to enjoy at Marie Curtis, that's likely best left for another day.