Mississauga is set to begin work on a massive waterfront park development that it hopes will be the envy of Toronto. Located immediately west of Marie Curtis Park, the 300 acre development will completely transform an area that's mostly former industrial grounds right now.

"We are intending to do something much better than Toronto. We want the people of Ontario, the people of Mississauga, the people of Toronto to come to south Mississauga and enjoy the waterfront," Finance Minister and local MPP Charles Sousa said at a press conference yesterday. 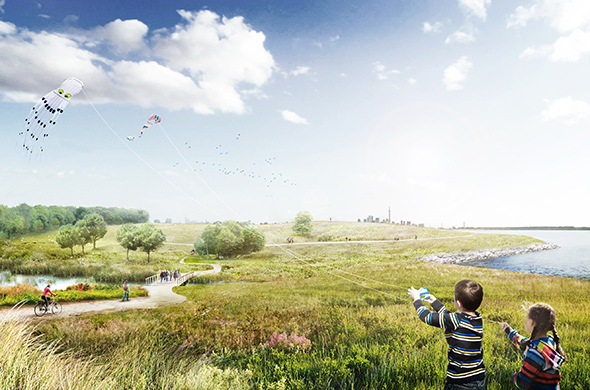 When complete, planners envision that the development will feature a 1.5 kilometres of sandy beach, a lakefront promenade, 64 acres of protected green space, and housing for 20,000 people, none of which will come in the form of high rise condos.

Part of the plan is to implement height restrictions for buildings around the waterfront so as not to block the area off from the rest of the city, something Toronto has struggled with in the past. 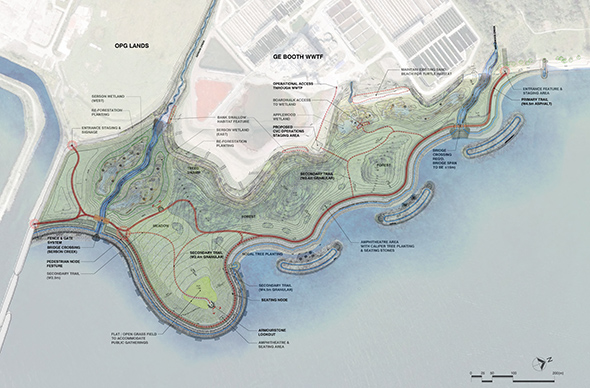 The first phase of the project will involve using infill to extend the waterfront into the lake as part of a new conservation area that will feature marshes, trails, and three new islands just off the shore. Construction is expected to take 10 years on this part of the development. 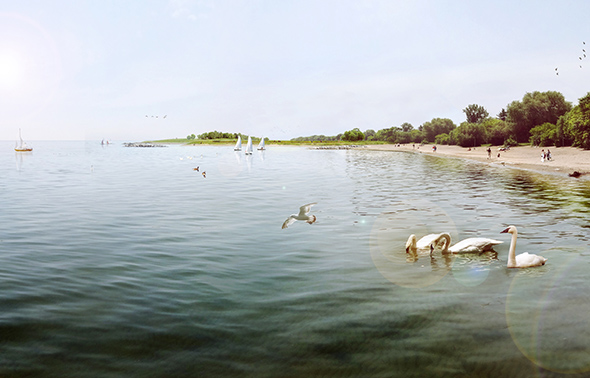 Sousa's comments seem a bit like a dig at Toronto, a city that obviously has had far more density to address when planning its waterfront over the years. But it's the second part of his comment that rings true. If they build it, we will come.

This massive project is just a stone's throw away from Toronto and will be connected to Marie Curtis Park by the waterfront trail. The prospect of a brand new beach surrounded by green space so close to the city is exciting indeed.