A Toronto high school physics teacher is bringing the bar outdoors with his invention, the TreeShelf.

Mike Doig started doing carpentry projects to get some fresh air when teaching went online. He came up with the idea for his  TreeShelf invention when a neighbour gave him some extra wood from her fence this past Victoria Day. 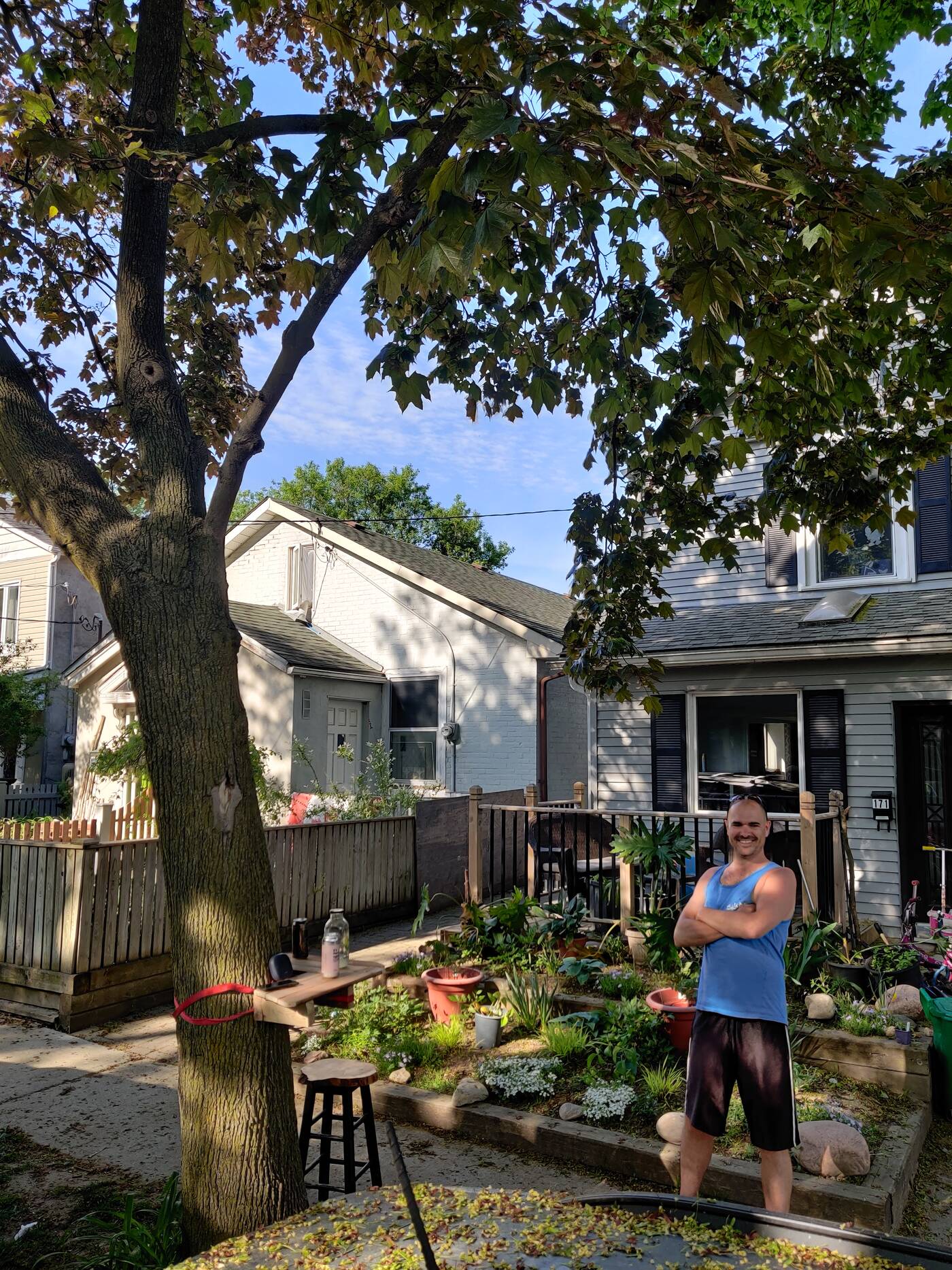 The TreeShelf straps to a tree to make any backyard a bar. Photo courtesy of Mike Doig.

The portable L-shaped shelves can be attached to trees with a ratchet strap similar to a slackline or hammock that doesn't damage the tree. Neighbours can set them up at trees a safe distance apart to socialize while staying distanced with their own personal bar space.

"Distanced socializing with the neighbours has become an important part of our routine since the pandemic hit," Doig tells blogTO.

"We even came out in snowsuits on some of the coldest winter evenings. I thought the shelf would make it easier for everyone to hang out comfortably at a distance."

Neighbours quickly started raving about the shelf and encouraged Doig to start selling it. Within two hours of one neighbour posting about the shelves in a local Facebook group, he got six orders. 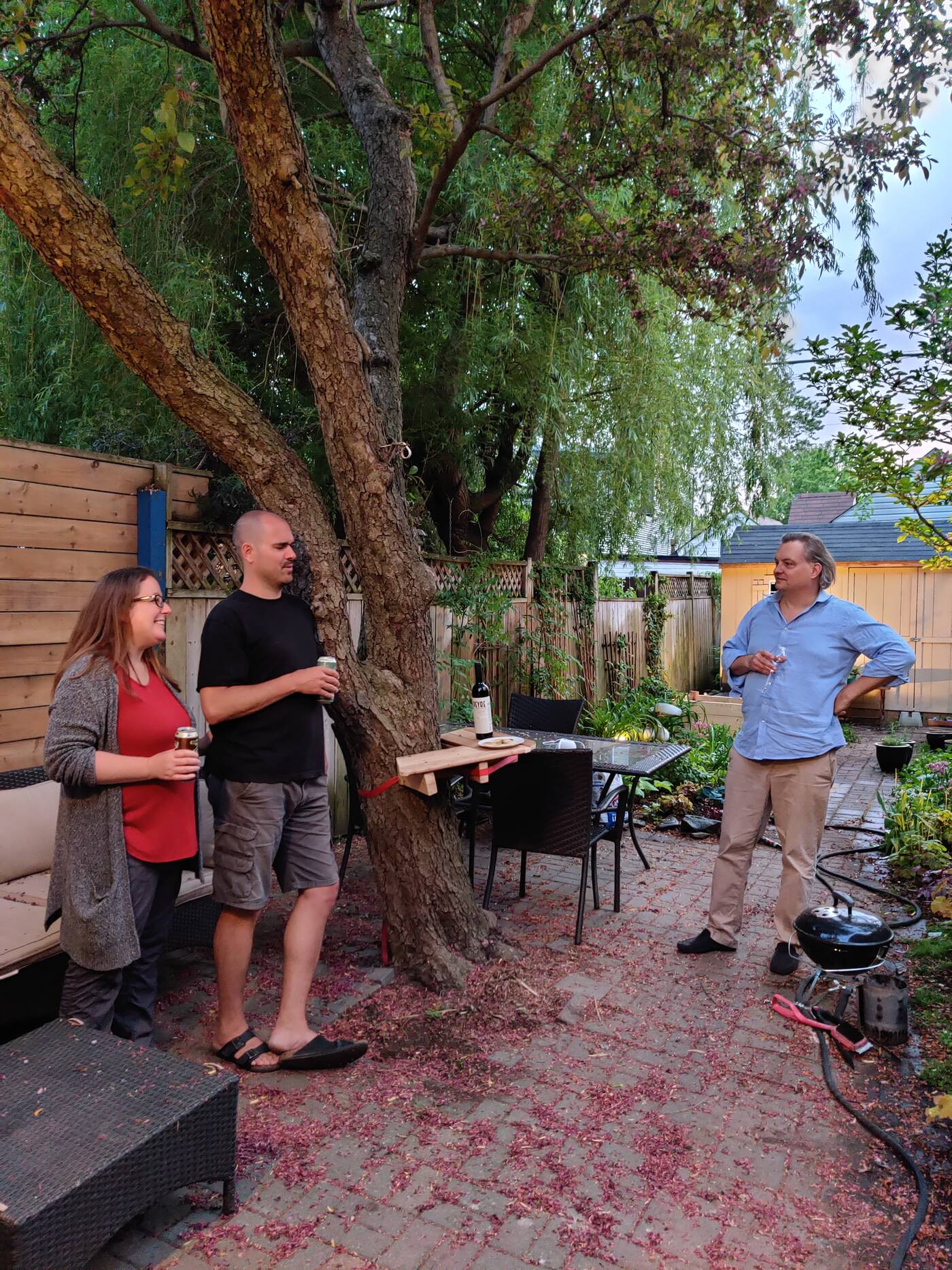 Neighbours gathers outdoors at a distance around a TreeShelf. Photo courtesy of Mike Doig.

People in areas surrounding his Leslieville neighbourhood have been doing lots of distanced sidewalk socializing where such a product would come in handy, and people have also been buying them for the trees at their cottage and as Father's Day gifts.

Doig is hoping to ramp up production with a goal of making 1,000 more for a good cause. The TreeShelf is $75 including local delivery and all profits go to the Glen Rhodes Food Bank.

"I have summers off and I have fun building stuff, so I figured why not build more?" says Doig.

"Since this is a neighbourhood project, we want to help neighbours in need. We all walk by the food bank every day and see dozens of people waiting outside." 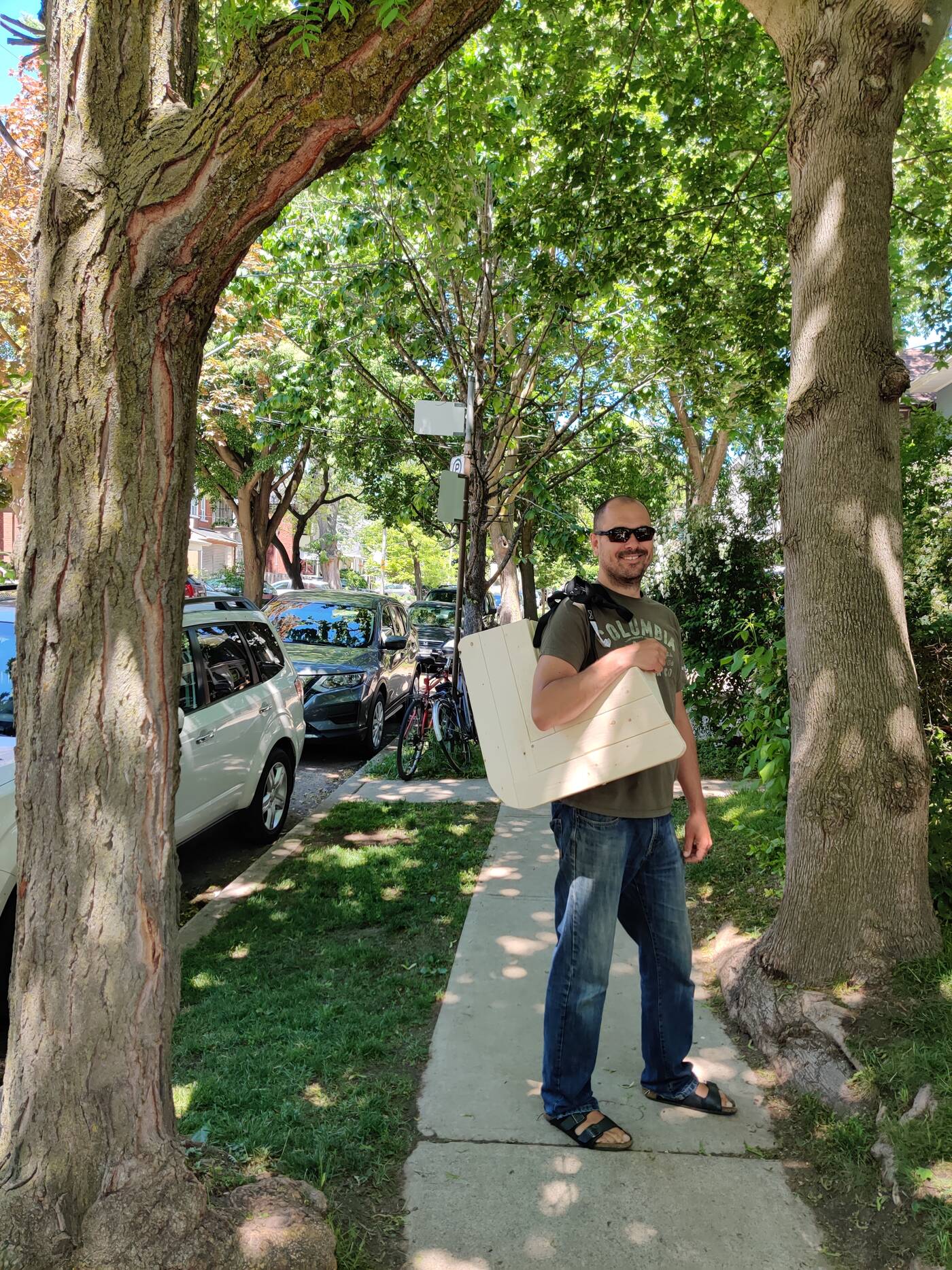 The TreeShelf can be carried around from place to place. Photo courtesy of Mike Doig.

Doig also sees the TreeShelf being useful and successful beyond the pandemic.

"Hanging out with neighbours has definitely been a silver lining of the pandemic for us," says Doig.

"I hope other people enjoy their shelf too because this has been a challenging and isolating year. Finding a safe way to connect is important."