Toronto's magnificent Union Station of today, on Front Street across from the Royal York Hotel, had a predecessor located further west on Front Street. The original part of the station was opened on July 1, 1873 on the Esplanade, between Simcoe and York Streets.

In 1892, the station was enlarged and a new grand entrance built on the south side of Front Street. It was connected by a walkway to the original part of the station on the Esplanade.

For several decades, it was the gateway for immigrants arriving in Toronto by rail. 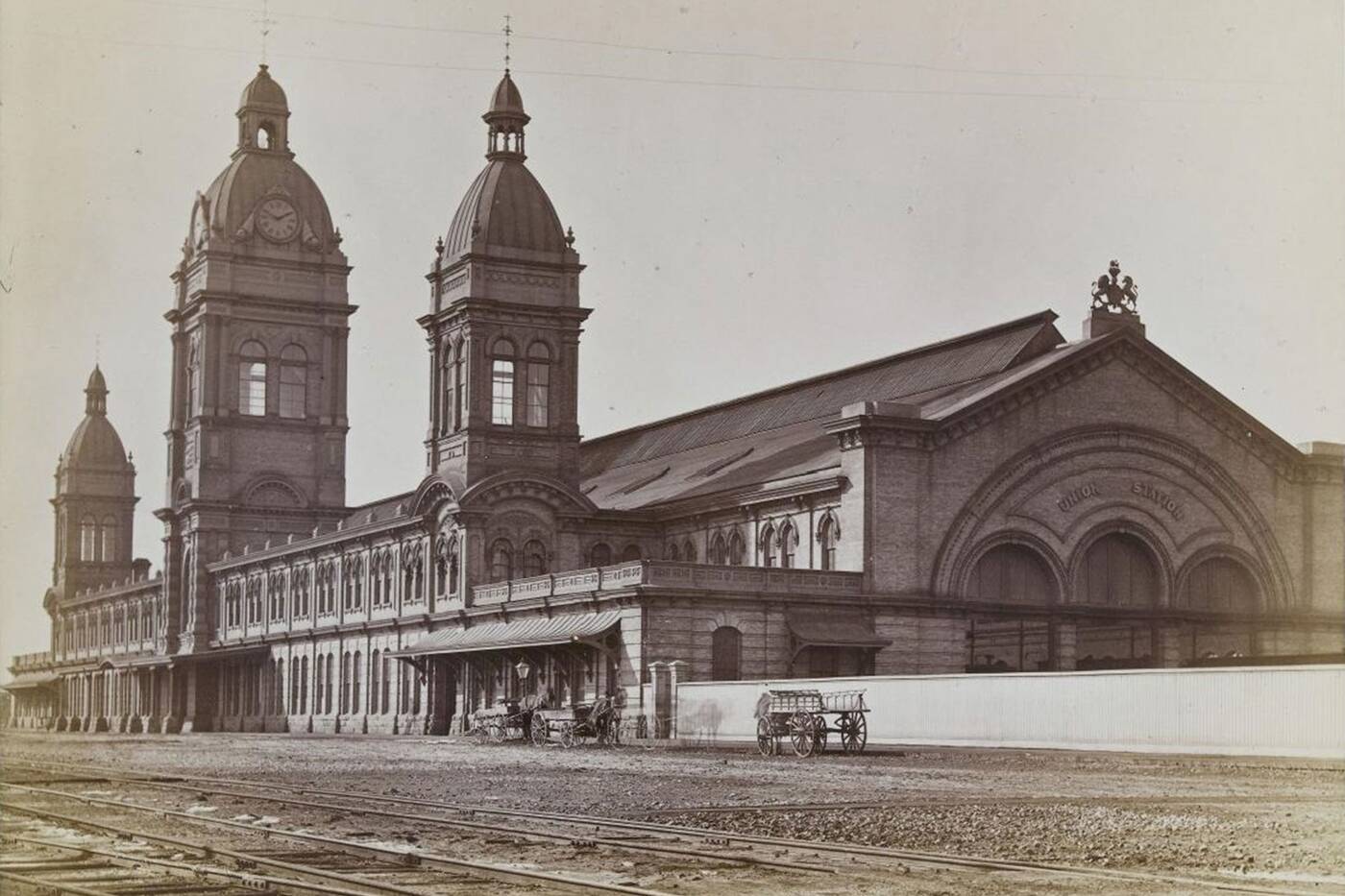 In the years prior to the age of air travel, almost everyone who came to the city arrived by train.  At the rear of the station, on the Esplanade, there were many rows of train tracks.

When the old station was built, the Esplanade was on the shoreline of Lake Ontario. In the years ahead, landfill would extend the shoreline further south.

When the station opened in 1873, the arrival and departure areas were not covered, so passengers were at the mercy of the elements.

Eventually, to protect passengers, they built a cavernous hemispherical iron dome over the tracks that was enclosed at either end with expansive panes of glass.

The pillars supporting the dome appeared insufficient to support the massive weight of the towering structure. 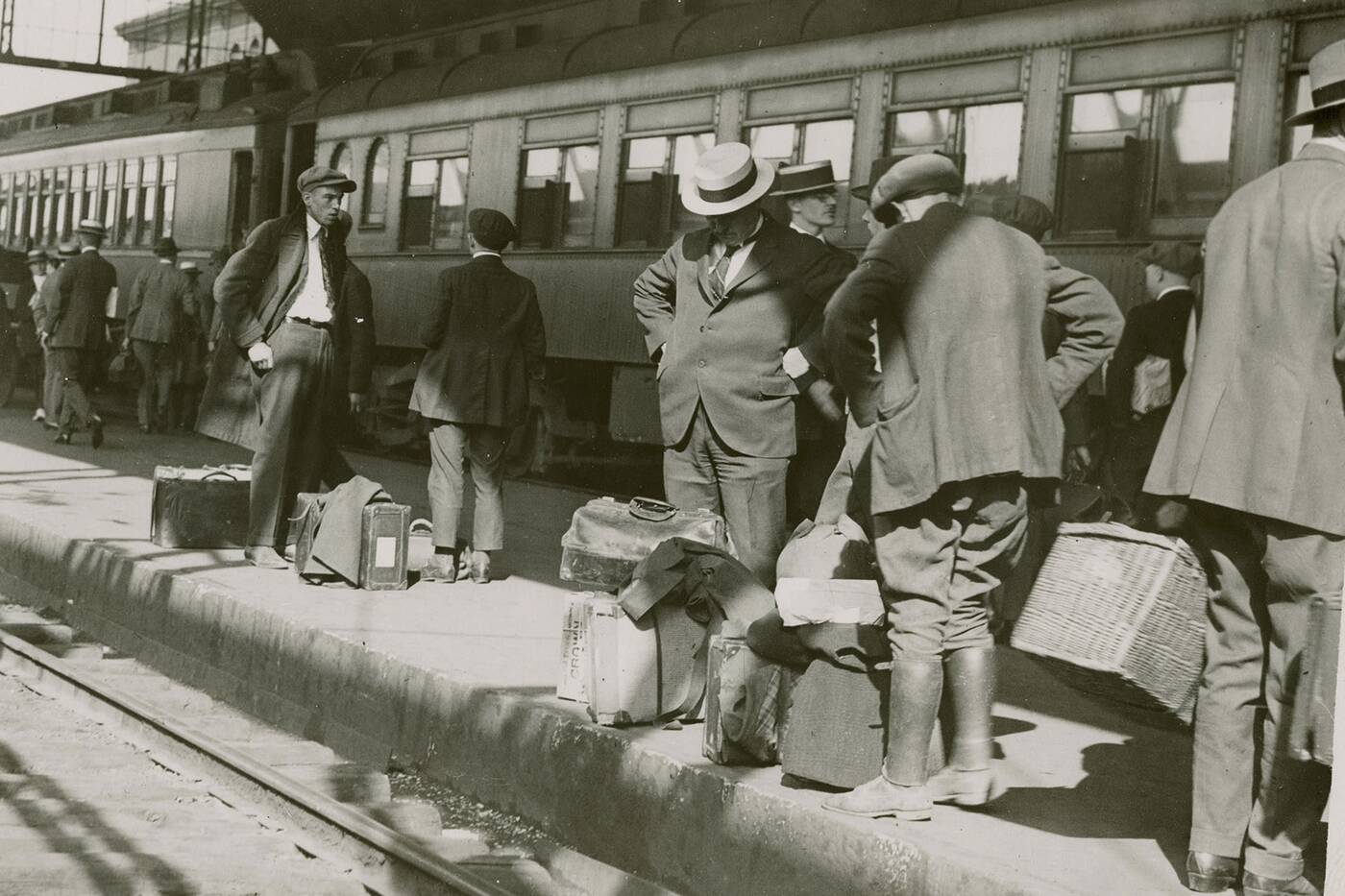 Harvesters in Toronto leaving west to work in wheat fields in 1922. Photo by Toronto Public Library.

It led to a double set of swinging doors that opened onto the Grand Hall, which was about the same size as that of today's Union Station.

However, it was square-shaped, rather than rectangular. Its elegant splendour and vaulted ceiling with its intricate classical designs amazed travellers. 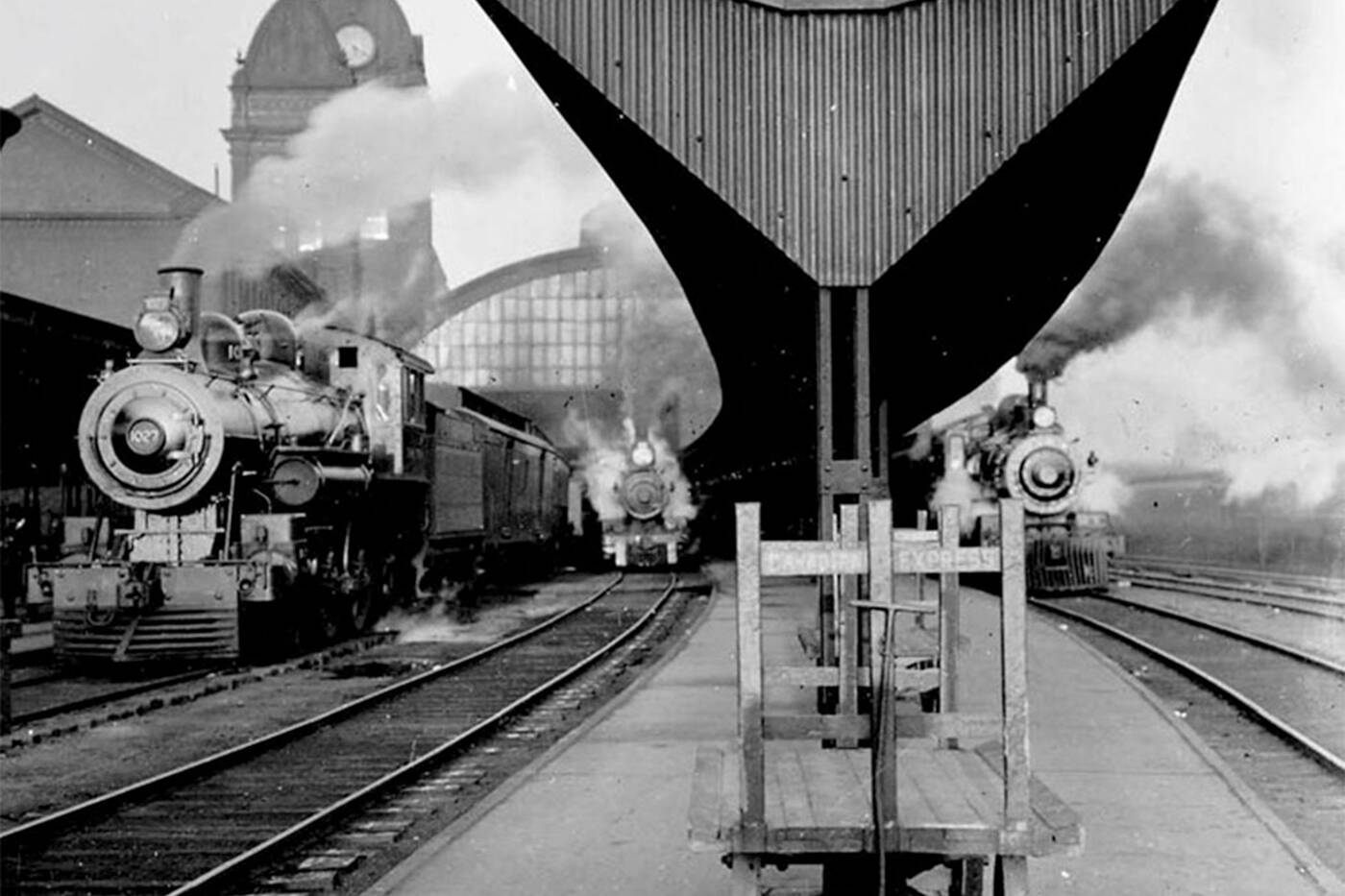 Union Station in 1907. Photo by City of Toronto Archives.

Near the top of its soaring walls were small, circular windows that allowed daylight to penetrate, splashing ribbons of light and shadow across the domed ceiling. Throughout the Grand Hall was an abundance of brightly polished brass.

Every hour throughout the day, employees laboured endlessly to remove smudges and fingerprints, no opportunity ignored to remind travellers that they had arrived at a transportation temple of significance.

Some stated that the hall’s magnificence resembled that of an ancient European cathedral.

The train station also attempted to satisfy the more mundane needs of travellers, as it contained a souvenir shop, a newsstand, and a row of shoeshine chairs.

Tickets were sold at an endless line of wickets adorned with brass grillwork, which were huge benches of solid Canadian oak, over three inches thick, with elegantly carved backs, resembling church pews.

They possessed no armrests, and weary travellers often reclined on these benches to nap while awaiting trains. 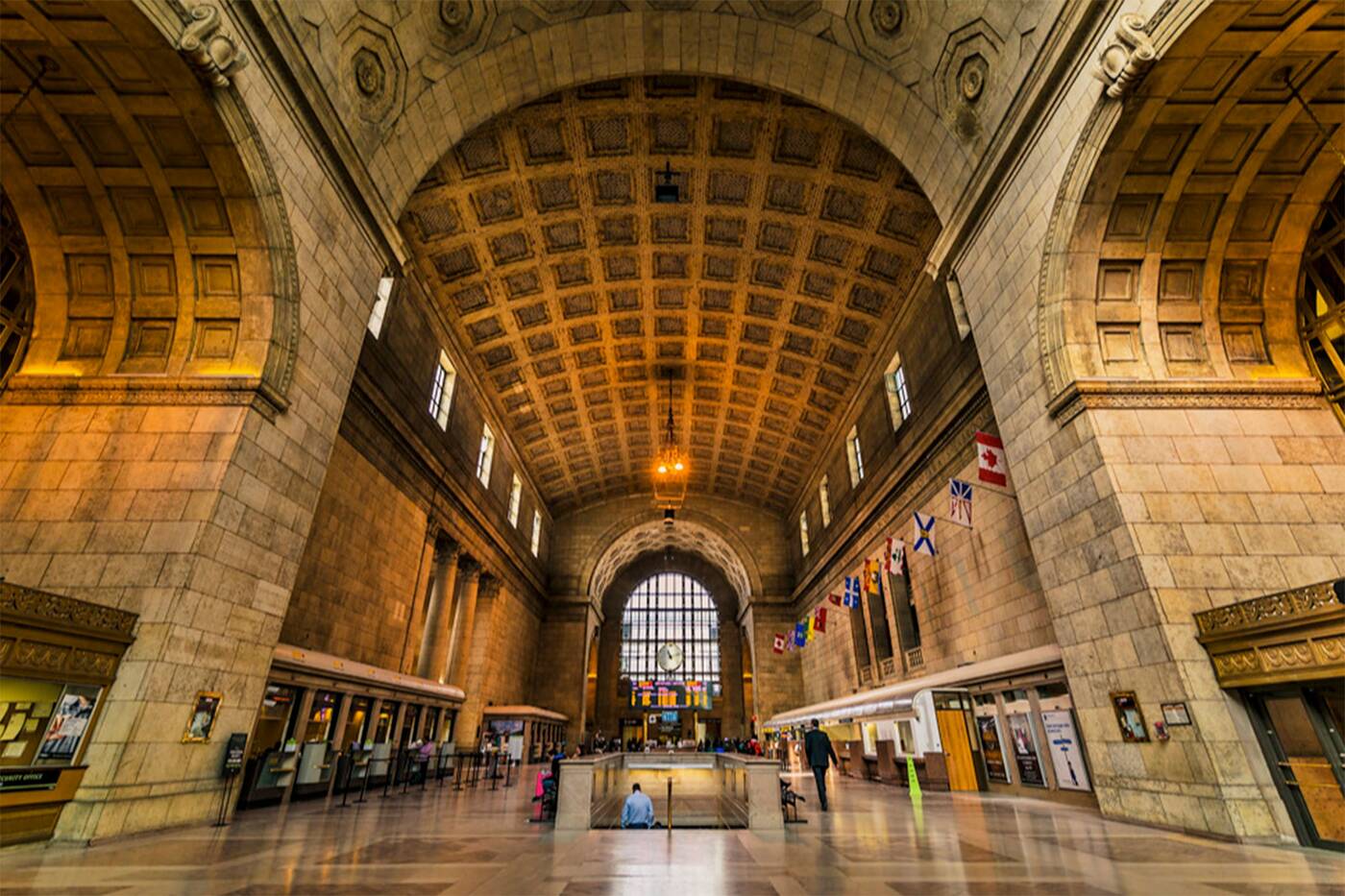 After exiting the Grand Hall, passengers entered a hallway on the north side, about sixty feet in length, that led to another double set of doors surrounded by a carved archway of brown stone.

Beyond the archway was a ramp that gently sloped down toward Front Street. From there, people were able to board streetcars to travel to the various places of the city that they were soon to call “home.”

Doug Taylor was a teacher, historian, author and artist who wrote extensively about Toronto history on tayloronhistory.com. This article first appeared on his site on May 18, 2013 and has been republished here with the permission of his estate. The article has been modified slightly.