The history of the Union Station bus terminal in Toronto

Union Station has had a long history as Toronto's main transit hub. This Saturday, commuters and travellers at Union Station will say a permanent goodbye to the current GO Bus terminal, which is being replaced with a new terminal.

The GO Bus terminal was built back in 2003.  GO buses would pick up and drop off passengers at the Toronto Coach Terminal on Bay and Dundas streets from the 1970s to the 1990s.

In the 1990s, GO Bus operations moved to outside Union Station, where arrivals and departures were scheduled along Front Street. 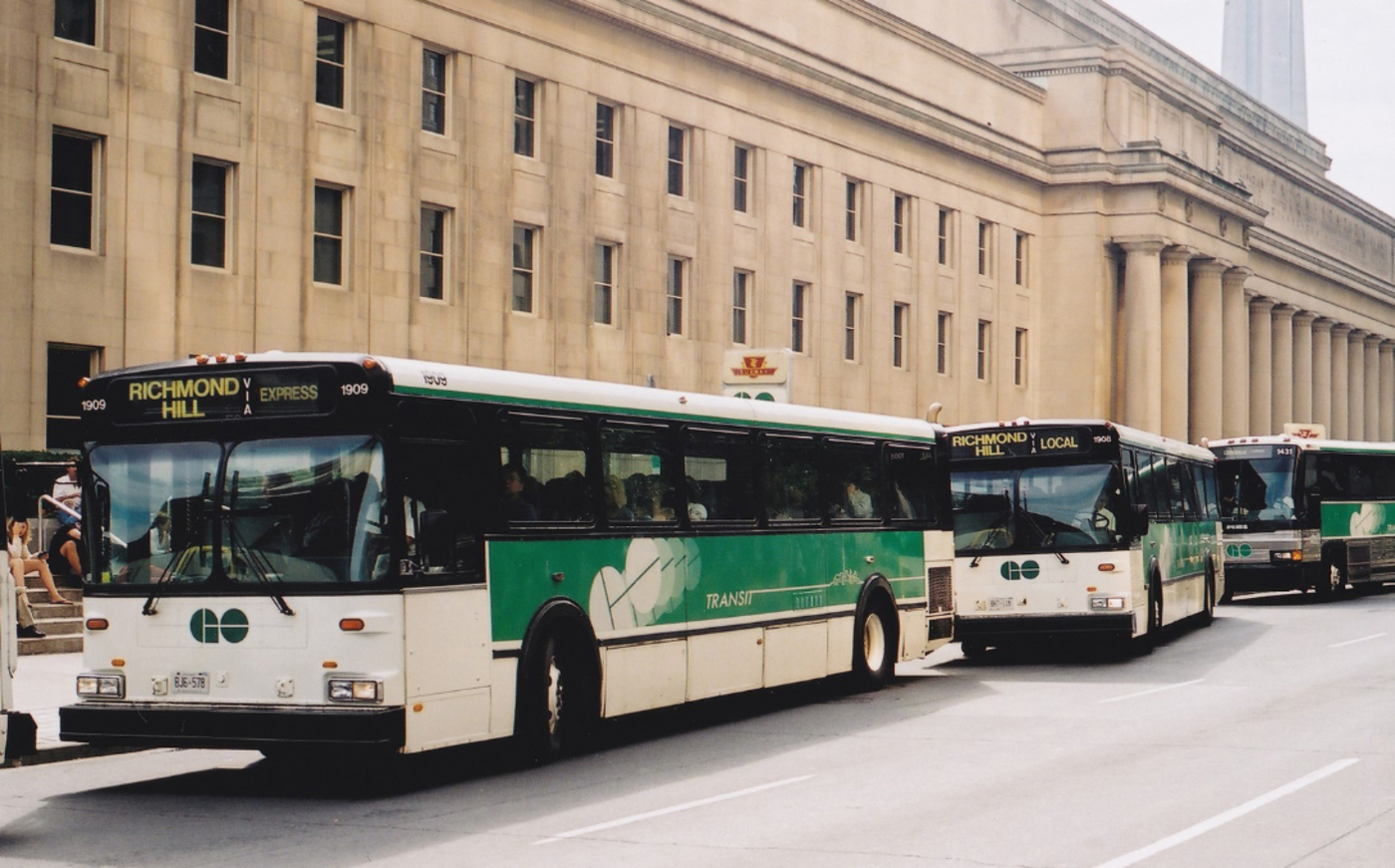 A fleet of GO buses outside Union Station. Courtesy Felix Tse and Metrolinx.

Having no dedicated terminal made bus operation difficult for GO Transit.

Todd Wood, a supervisor for GO Transit's Bus Operations, said that traffic congestion along Front Street was a problem; he was constantly shooing away taxis, delivery trucks, and passenger vehicles to make room for buses.

Since there was no protection from the elements, GO Transit employees were required to stand outside their entire shift in bad weather and had to shovel the sidewalk to create boarding areas for passengers. 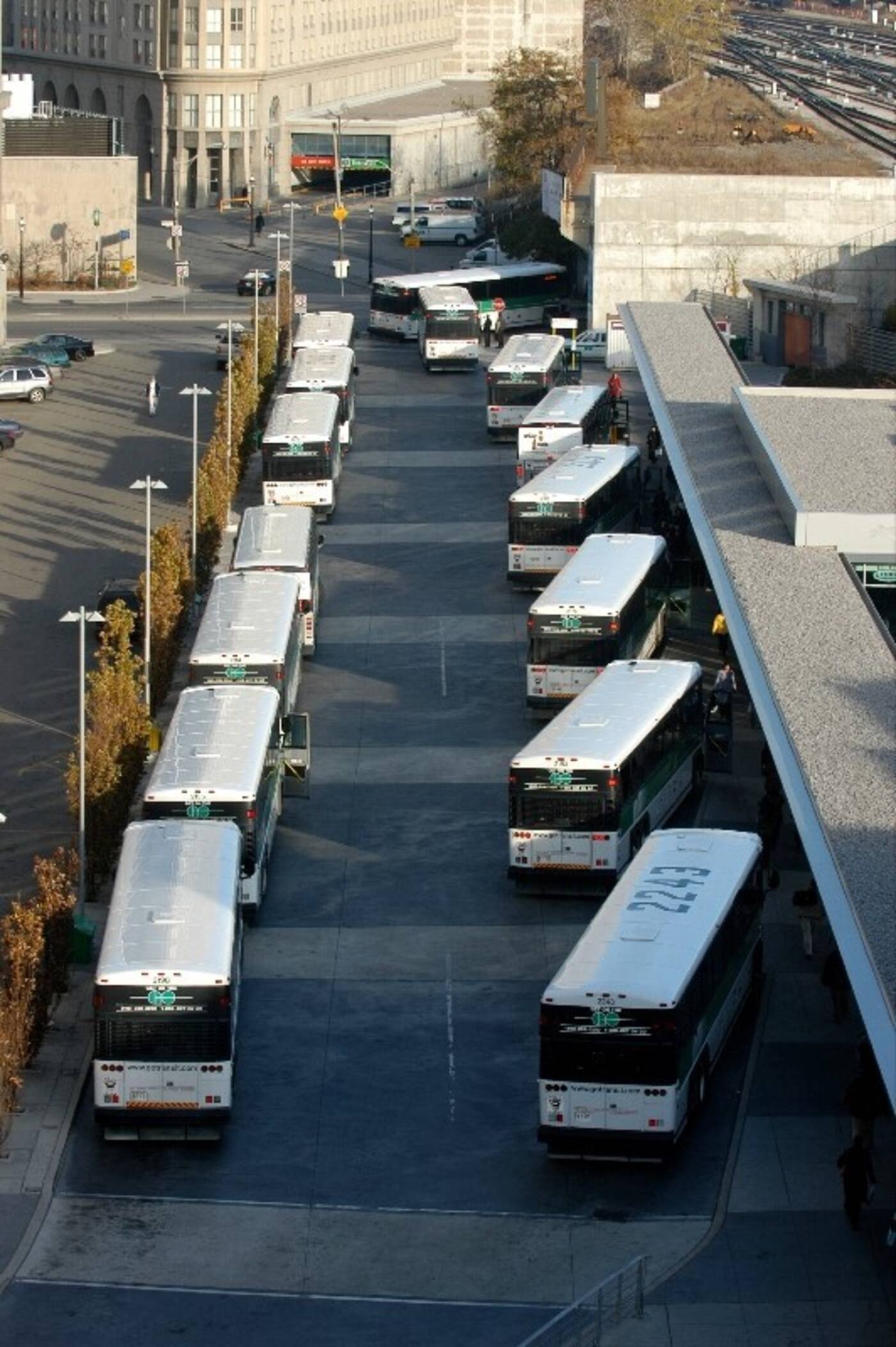 As demand for GO buses grew, the Union Station Bus Terminal was built. It was a much more controlled area: GO buses were the only vehicles permitted to enter and they did not have to jostle with taxis for space.

Before the bus terminal was built, GO Transit employees managed arrivals and departures with a clipboard and a pad of paper. A more sophisticated departure system was introduced.

Passengers could see departures on digital displays, a PA system announced arrivals, departures, and schedule changes, plus passengers were largely protected from the elements with an indoor waiting area.

The GO: Bringing People Together

Sometimes a regular commute on the GO can spark new connections and even romance.

In fact, Nancy Moy and Drex Sison used the Union Station Bus Terminal as the site for their wedding photos this past September. They met on a GO bus on Route 54 in 2015, after a serendipitous accident.

Both Nancy and Drex used the Mount Joy Route 54 in order to get to and from classes at York University, but never at the same time.

However, when Drex and his fellow passengers had to be transferred to a later bus after a minor collision, he wound up sitting in the same aisle as Nancy. This accident sparked the beginning of their relationship.

🚌💍Finding love on the GO💍🚌
Instead of opting for a traditional backdrop, one couple took their wedding photos at Union Station Bus Terminal with a GO bus – the vehicle they met on. Congrats, Nancy & Drex! Read more about their unique love story here: https://t.co/j94R2XxLCq pic.twitter.com/D6cFWf86jS

The couple was photographed with help from GO Transit, who even had a 54 bus in the terminal, its signage reading "Congratulations Nancy and Drex."

This is just one bright spot in the terminal's history.

The new terminal boasts enhanced safety measures to protect its users from COVID-19, along with a more sophisticated way of keeping track of bus traffic, arrivals, and departures.

Metrolinx says the new hub will function much like an airport, with buses being able to be dynamically assigned to specific departure gates, in contrast to the older hub's use of static departure gates, to prevent traffic delays.

Construction for the new station began in 2017 on the heels of the GO transit's 50th anniversary. GO services currently serve a population of more than seven million people scattered around the GTA and Golden Horseshoe area.

GO first began serving people on May 23, 1967 with its rail line. The minimum fare to ride the GO was 42 cents for trips between destinations no more than 19 kilometres apart. The maximum fare was $2 between the most western station at the time, Hamilton, and the easternmost station in Pickering.

The first fleet of buses were introduced in the 1970s and unveiled outside Queen’s Park. In 1973, GO launched the Dial-A-Bus service, which provided commuters with service directly from their homes to nearby subway stations. 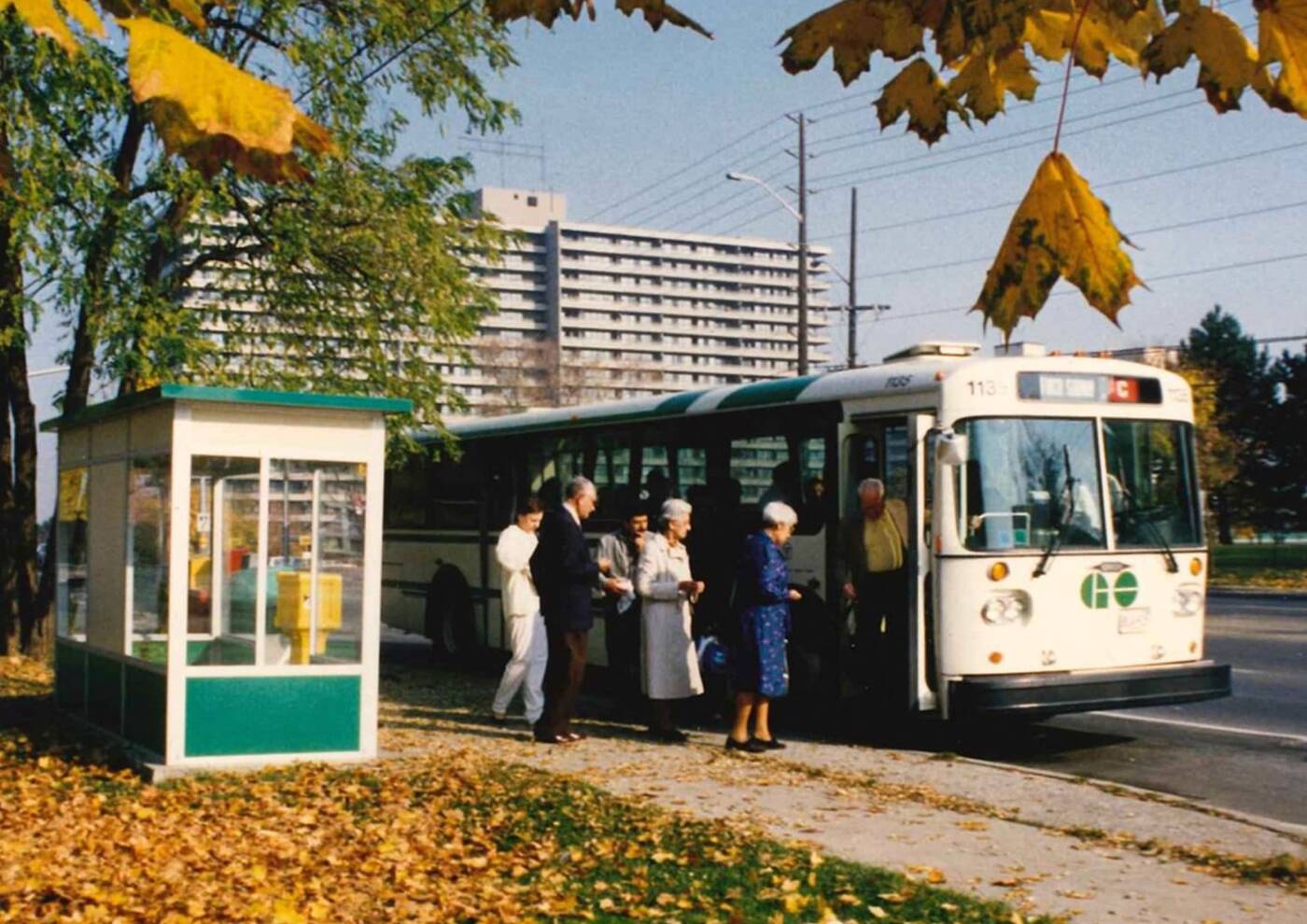 Passengers board a GO bus in the 1970s. Courtesy Metrolinx.

Expanding service improvements into the 1980s and 1990s saw the creation of more stations and rail lines, outfitting GO trains to make them wheelchair-accessible, and the introduction of proof-of-payment machines. 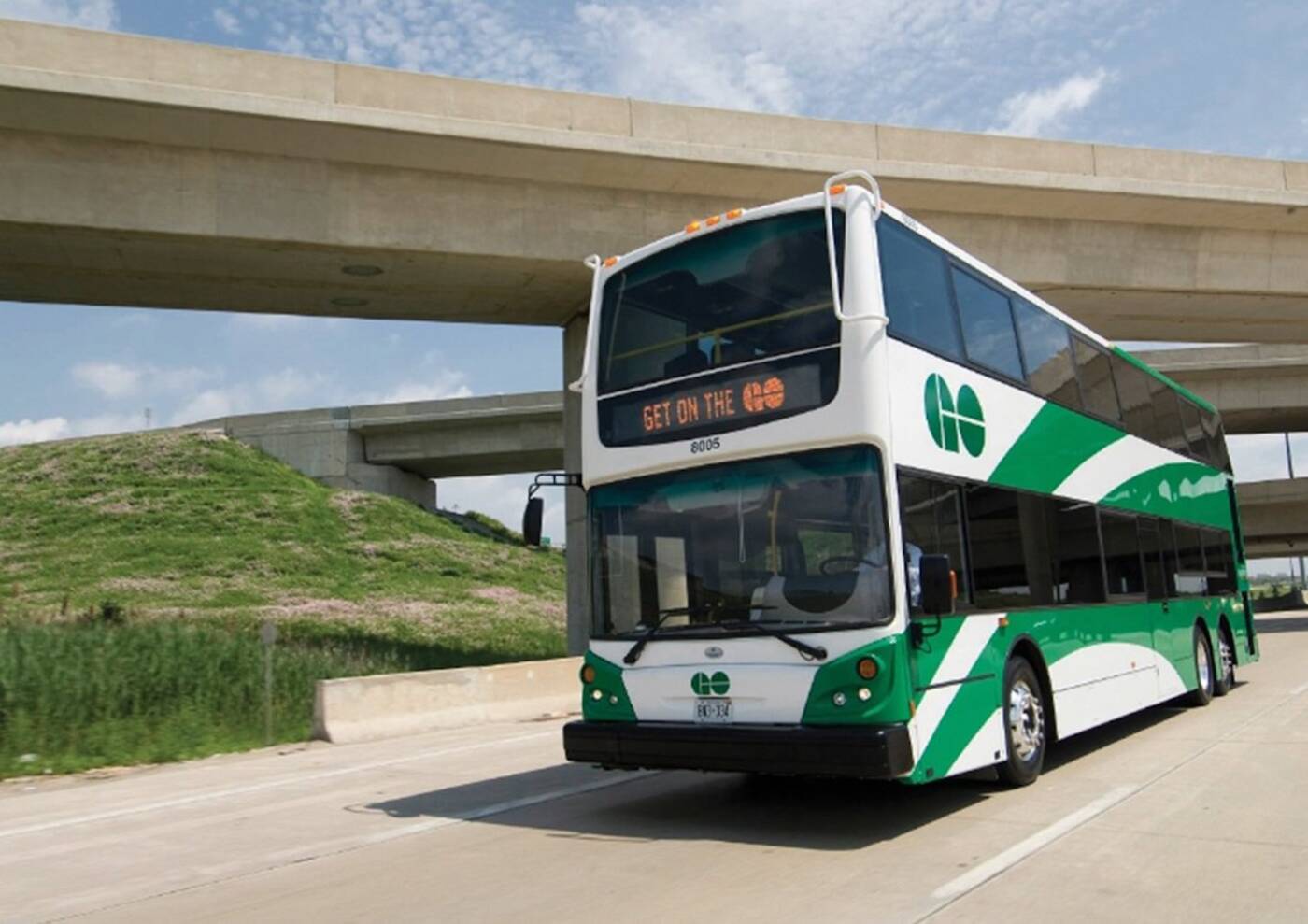 The 2000s saw other improvements to GO transit and GO buses more specifically. Double-decker buses were introduced for the York University bus terminal in 2008, later being more widely adopted across a number of routes in 2013. Buses were also outfitted with bike racks beginning in the mid-2000s.

The Changing Face of Transit

GO Transit has changed since its beginnings in the 1960s. The Union Bus Station Terminal was a familiar sight to commuters throughout the GTA. It will be interesting to see what new memories will be made at the new bus terminal as transit in the city continues to expand.

Commuters who wish to familiarize themselves with the new station layout can check out the Metrolinx blog.

Wikiwand. With files from the Metrolinx blog, including information sourced from Nitish Bissonauth, Metrolinx bilingual spokesperson.