A complete overhaul of Toronto's key transit hub, Union Station, has been in the works for more than a decade now, and though residents may have gotten used to the seemingly endless renovations, crews are just over two weeks away from hitting a major milestone as they finally near completion.

The GO bus terminal just next to the central station is finally set to open to the public at the beginning of December, and has a sleek, ultra-modern and clean design, among other major upgrades.

Tucked just across from the Scotiabank Arena, the all-new Union Station Bus Terminal (USBT) is located on the two bottom levels of the extravagant $2-billion CIBC Square development, which includes two sprawling office towers near the corner of Bay and Lake Shore.

The terminal will hopefully function "a bit like an airport," Metrolinx says in a release, with buses arriving into and departing from the first available platform rather than one platform always being reserved for a certain route. 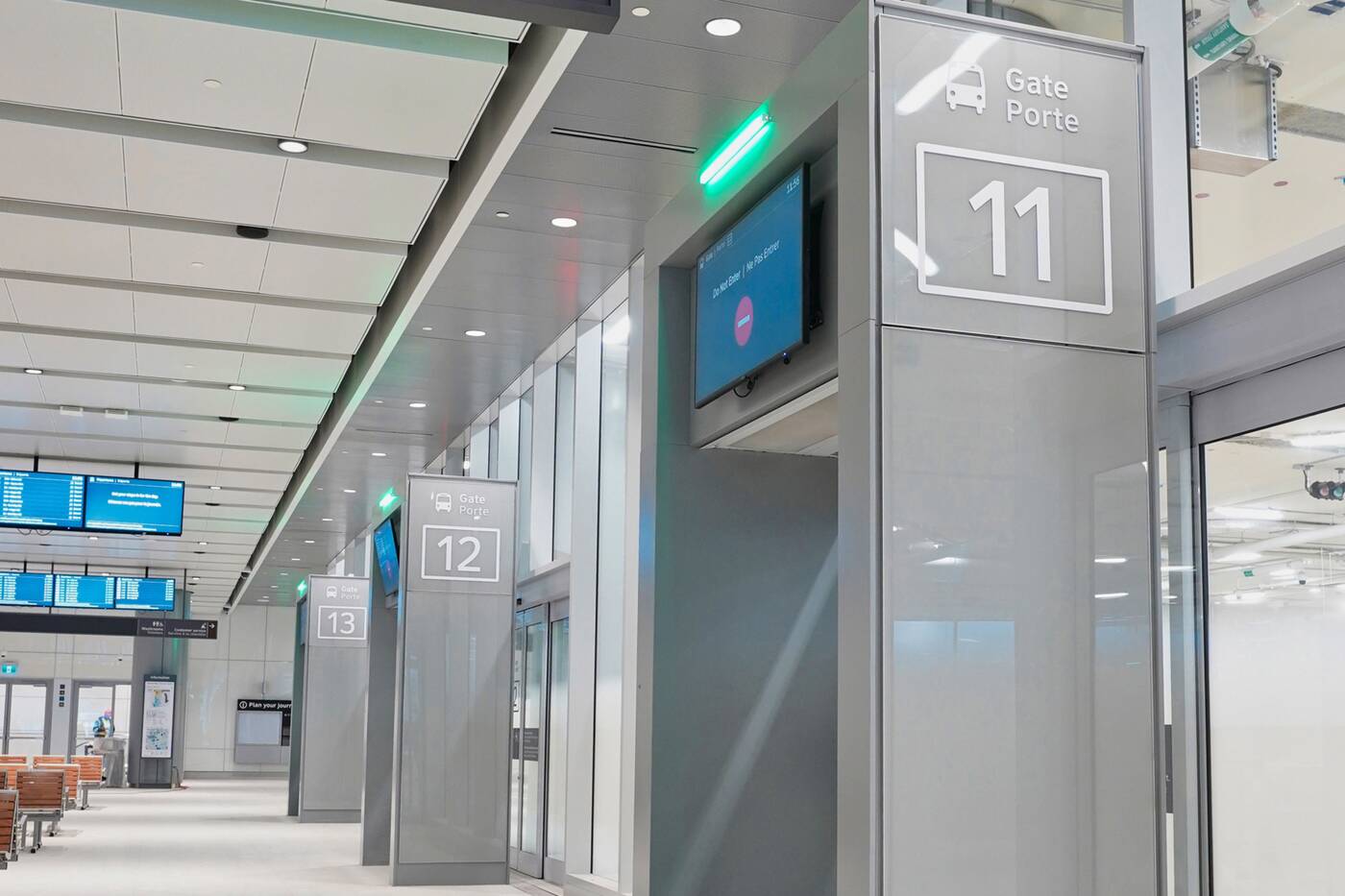 Upon getting to the station via the all-new pedestrian bridge over Bay Street, customers will be directed to one of multiple departure zones — like airport terminals —and will then receive an update about which gate their bus is at shortly before they board.

This will mean expedited service and fewer backlogs, but also that transitgoers will have to pay attention to where their bus is leaving from on any given day, much like checking the screen at the airport to see which gate you need to go to for a flight, rather than a flight route always having the same set gate. 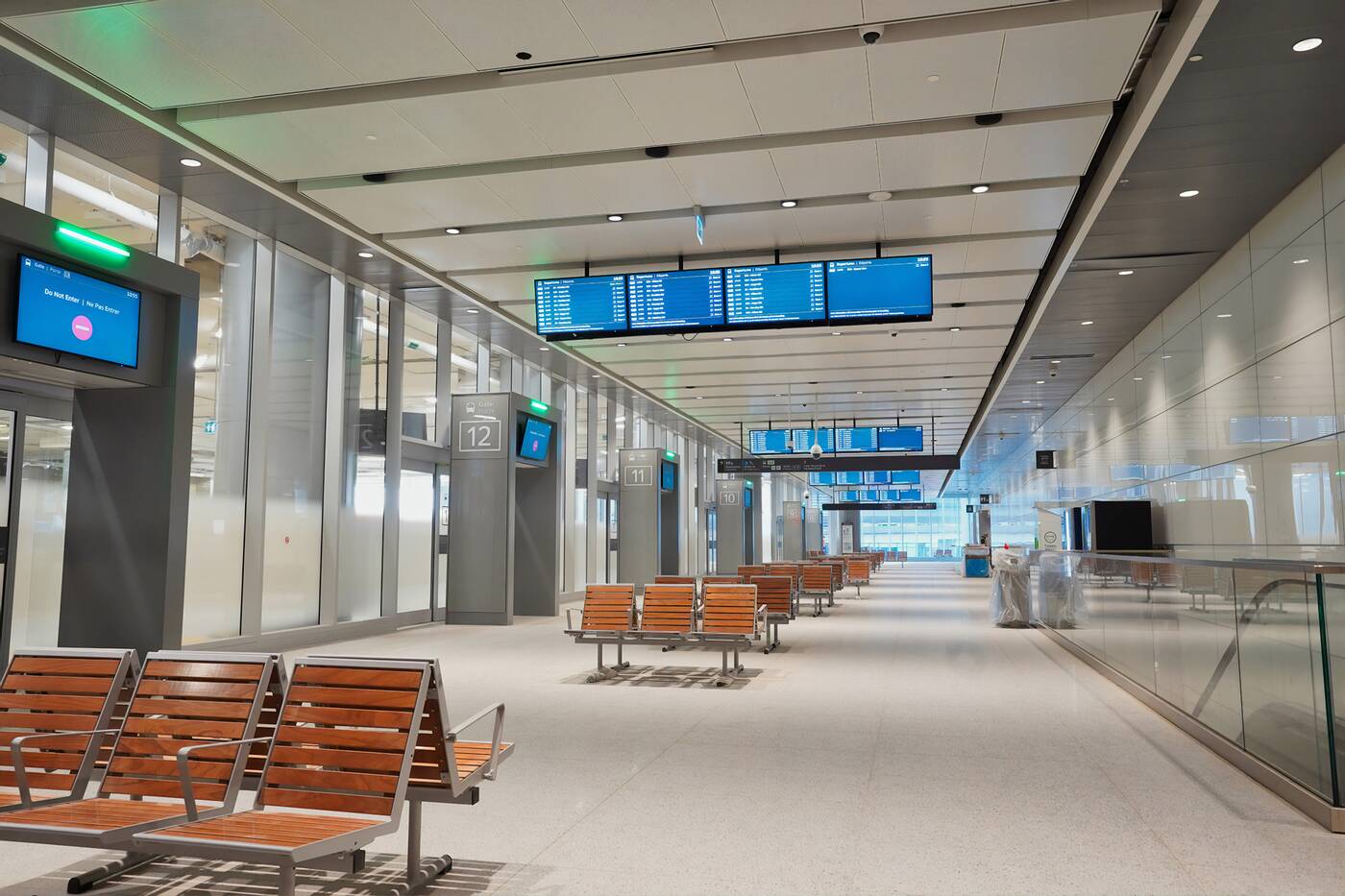 The terminal has screens informing guests where to catch their bus, much like an airport. Photo by Jason Sandford/Metrolinx).

With the pandemic in mind, platform areas are separated from the general waiting area by glass partitians, but customers need not worry, as they will be kept warm and comfy with access to wifi as they wait, unlike at the previous station's outdoor gates.

Additional health and safety measures like hand sanitizer stations, barriers between drivers and customers, reminders to physically distance and enhanced cleaning will also be in place.

The old Union bus terminal will have its last day of operations on Dec. 4, and the new USBT will pick up where it left off on Dec. 5, while construction will continue on the rest of Union Station until early 2021.