The pedestrian bridge connecting Scotiabank Arena and the Union Station Bus Terminal to the brand new CIBC SQUARE opened to the public in December of 2020, and it now features a stunning LED etched glass wall that radiates light into the night.

The public-facing art project is part of the recently-opened Bay Street Bridge, and it was created by Montreal-born artist Nicolas Baier.

"When the city is back up and running, the bridge will have heavy pedestrian traffic."

The bridge's large-scale contemporary art project is called the Mycelium, and its design consists of an LED etched glass wall on one side that is publicly visible through glass windows on the other. 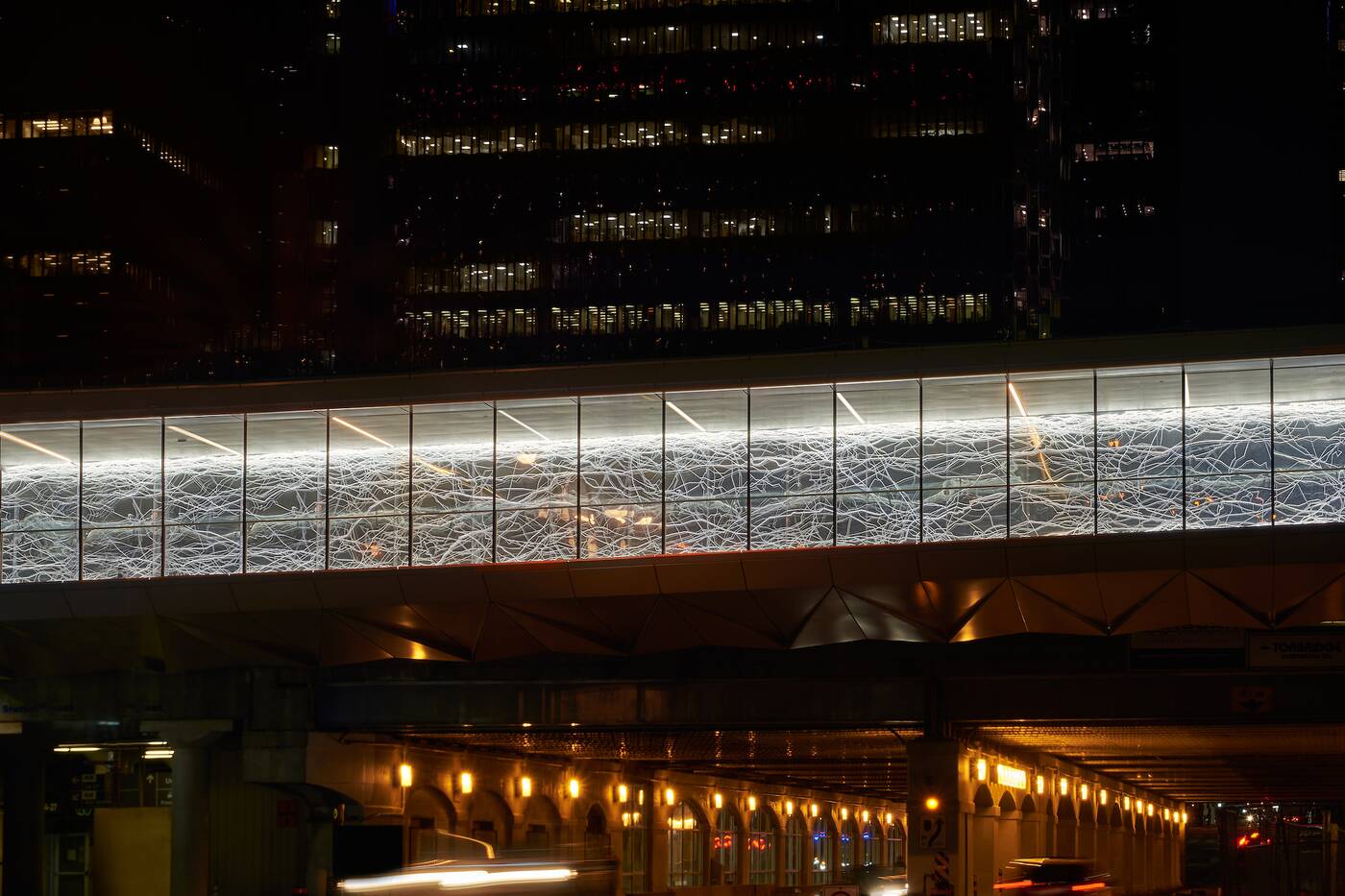 The aim of the design is to create "an impressive efficiency of dynamism from both up close and afar," according to Chin, and it was created using durable and sustainable techniques.

"The Mycelium's central concept is a network, which embodies CIBC SQUARE and Toronto's immense and complex networks through the means of transport,"  Chin says.

"The piece draws inspiration from what Baier calls a 'virtual self-growing network' that uses the inherent qualities of the pattern of the glass and the structure of the Bay St. Bridge to 'grow' itself."

The etched glass is also meant to draw a natural correlation to Scotiabank Arena, both figuratively and literally, as it's the location to which the bridge connects as well as the place where the Toronto Maple Leafs are making a different kind of etch on the city.