Port Union Waterfront Park features nearly four kilometres of lakefront trail from the mouth of Highland Creek to Rouge River with views all the while.

The picturesque park was created by Toronto and Region Conservation Authority (TRCA) and funded by Waterfront Toronto. Completed in 2012, the project helped to connect Port Union to Lake Ontario, and today plenty of people come every day to enjoy the benefits. 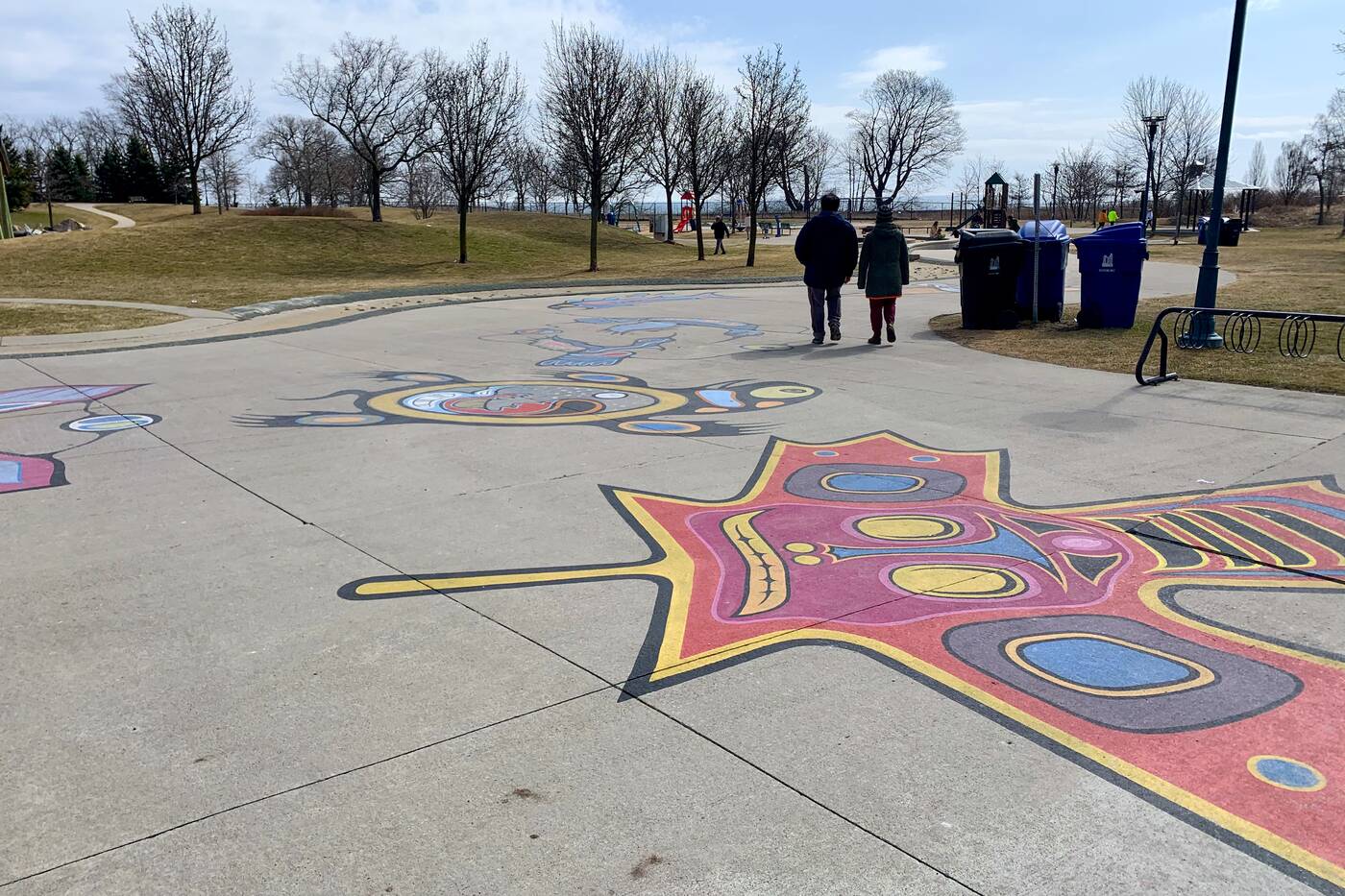 Port Union Village Common is in the middle of a residential community.

The area can be accessed from many different points including East Point Park to the west, from Rouge Beach Park on the east or through the pedestrian tunnel at the nearby Rouge Hill GO Station. 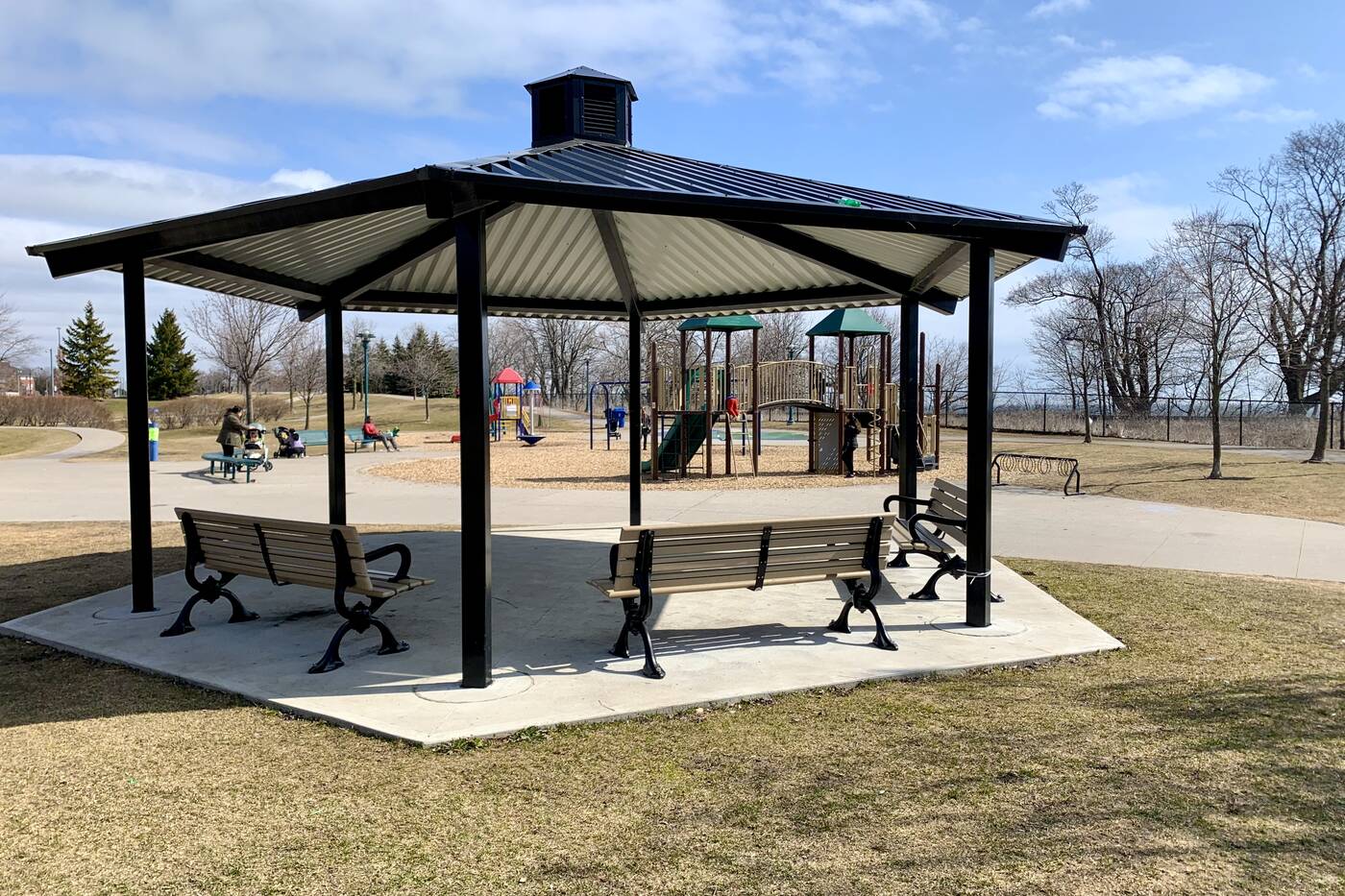 The park has a children's playground and plenty of benches.

I enter through Port Union Village Common, which is bordered by a residential neighbourhood on one side and a large parking lot on the other.

Mostly frequented by families with young children, the park has plenty of benches, covered shelters for a bit of shade from the sun, public washrooms, a splash pad and children's playground. 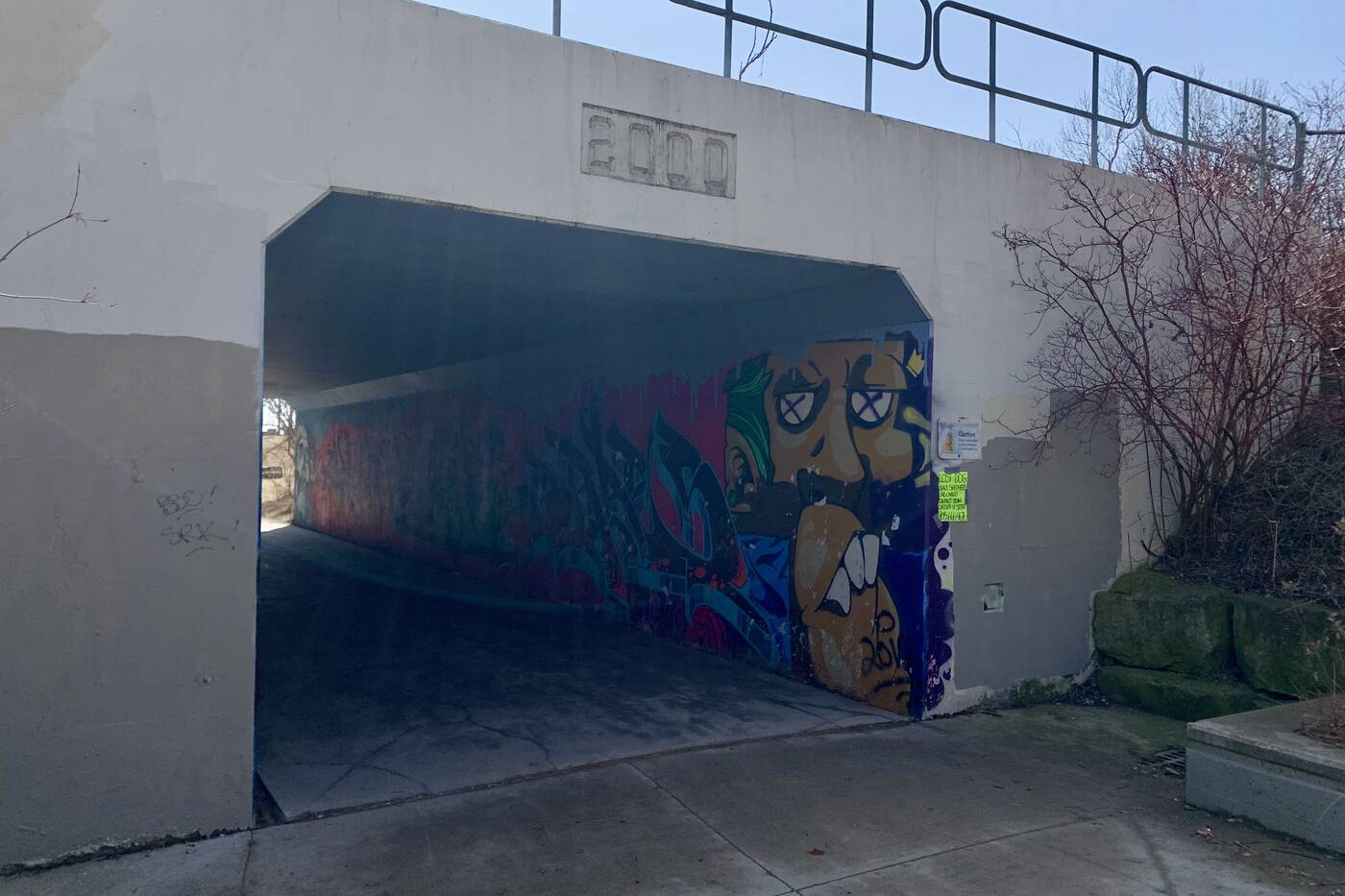 The waterfront park can be accessed from the underpass below the CN railway tracks.

Port Union Waterfront Park is connected by the area through a pedestrian underpass. Walk under the CN railway tracks and hues of blue will start to come into view. 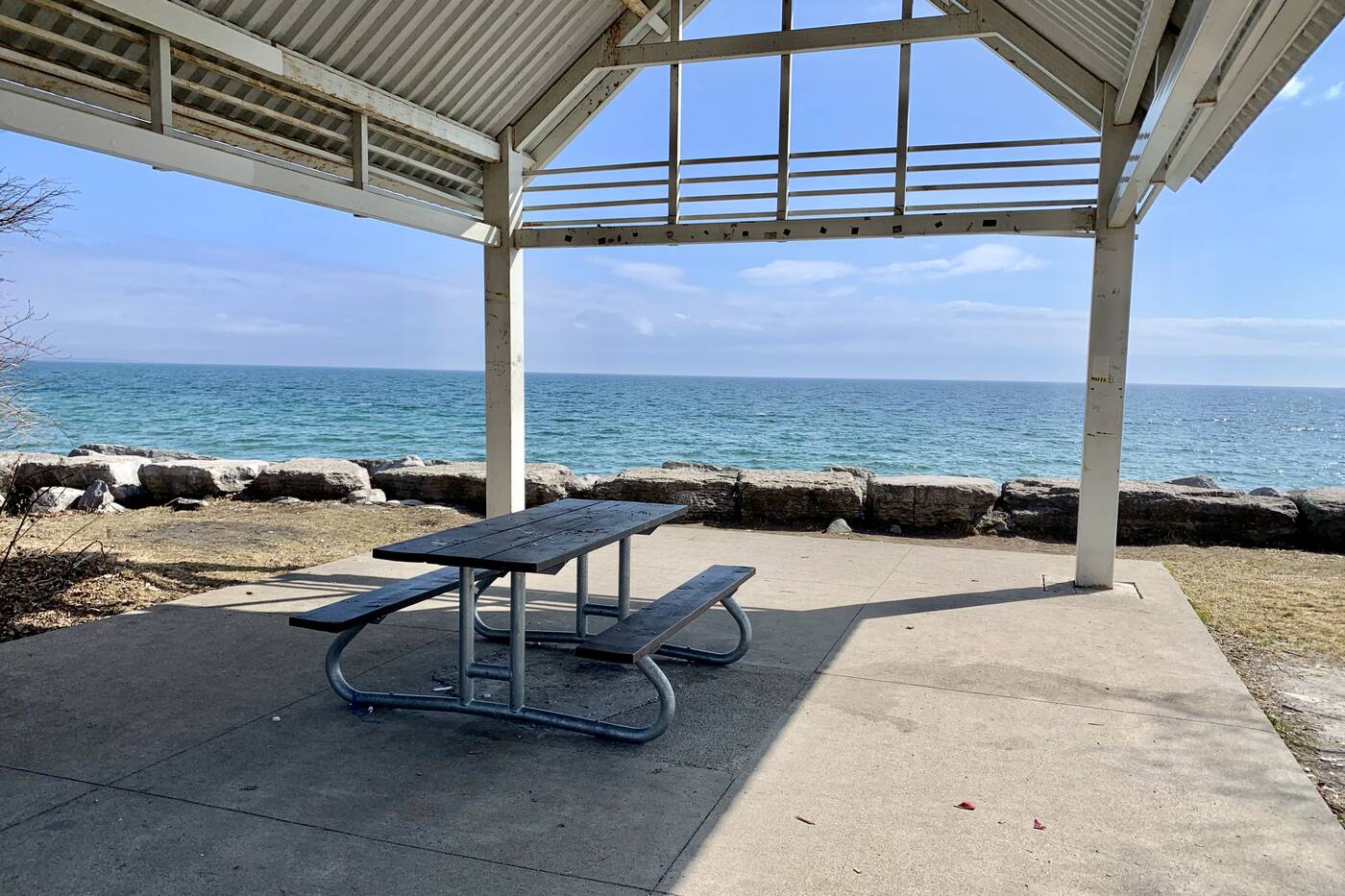 A covered pavilion is situated at the main headland soon as you enter the park from the underpass.

Right as you walk through the underpass, you'll be granted direct access to a larger headland known as the Pedestrian node. A covered pavilion looking out at the water would serve as a great spot to set up a picnic.

There are also a number of rock boulders dispersed around the area that are meant for sitting and taking in the lakefront. 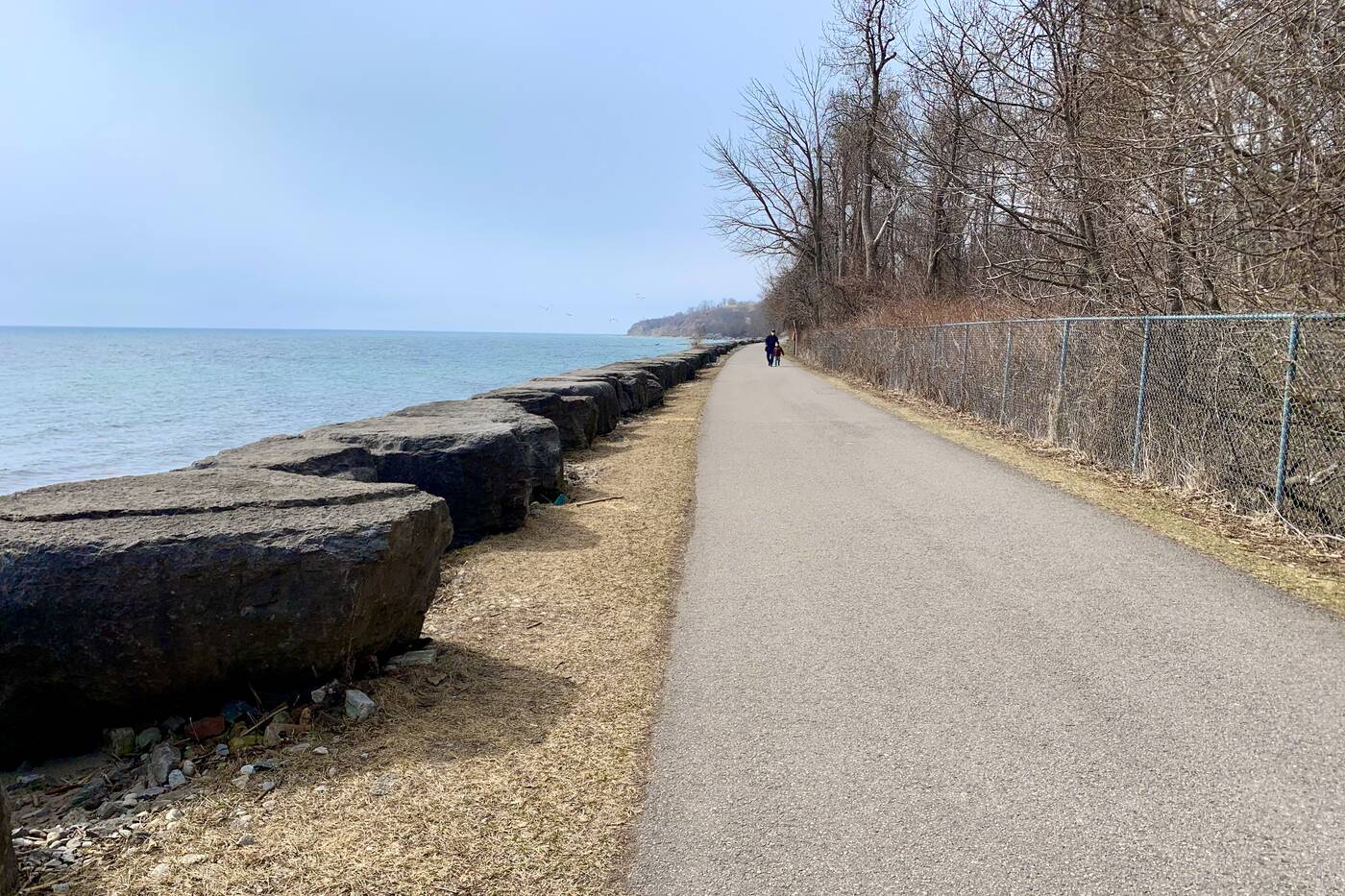 Rouge Beach is situated at the eastern edge of the park about 2.4 kilometres away. While East Point Park and the mouth of Highland Creek are slightly closer in the opposite direction. 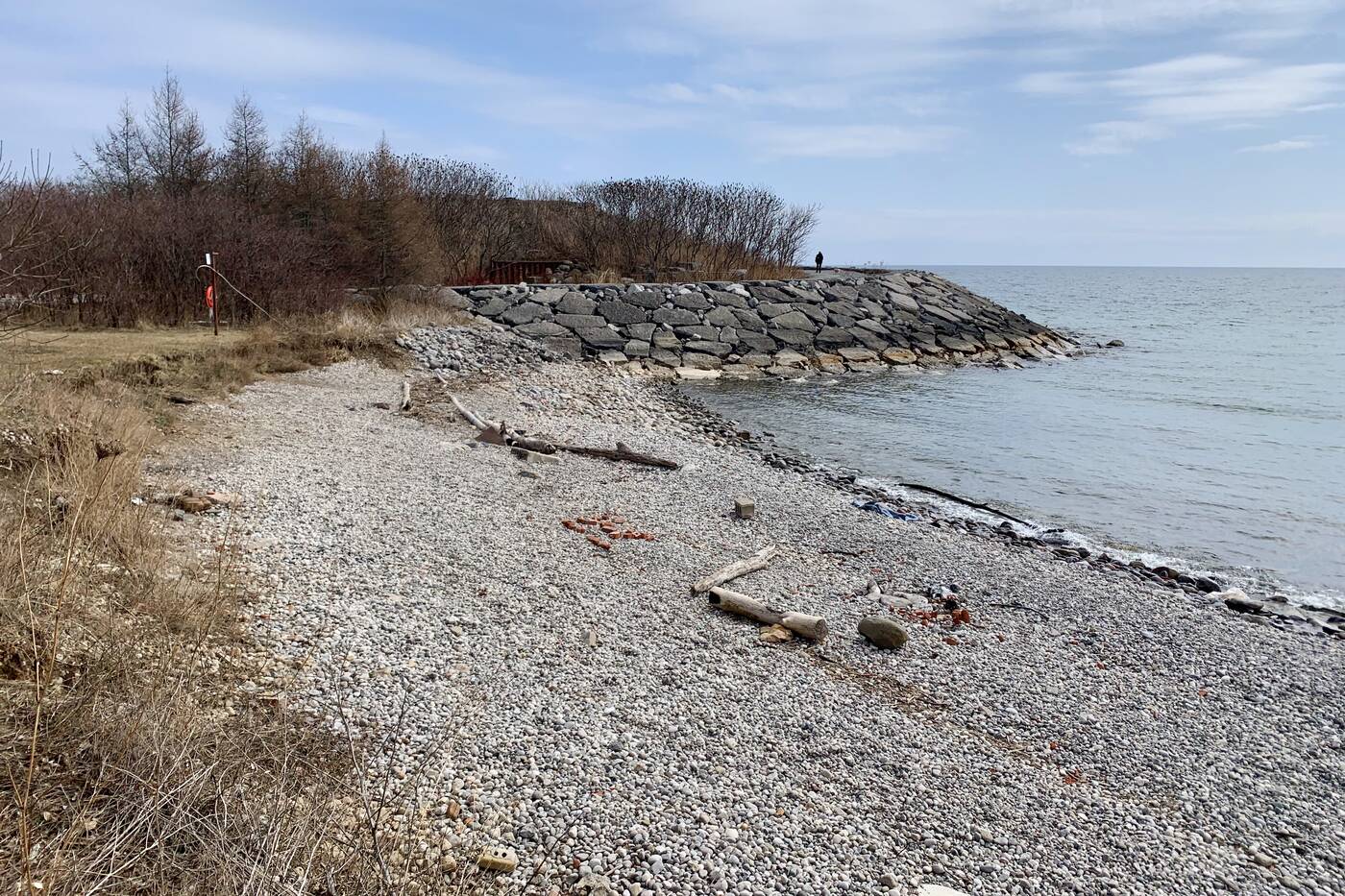 Whichever route you choose, the nicely-paved multi-use trail follows closely to the beach. Although many come here for a swim in the summer, the heavily cobblestoned area might be a bit tough on your feet. 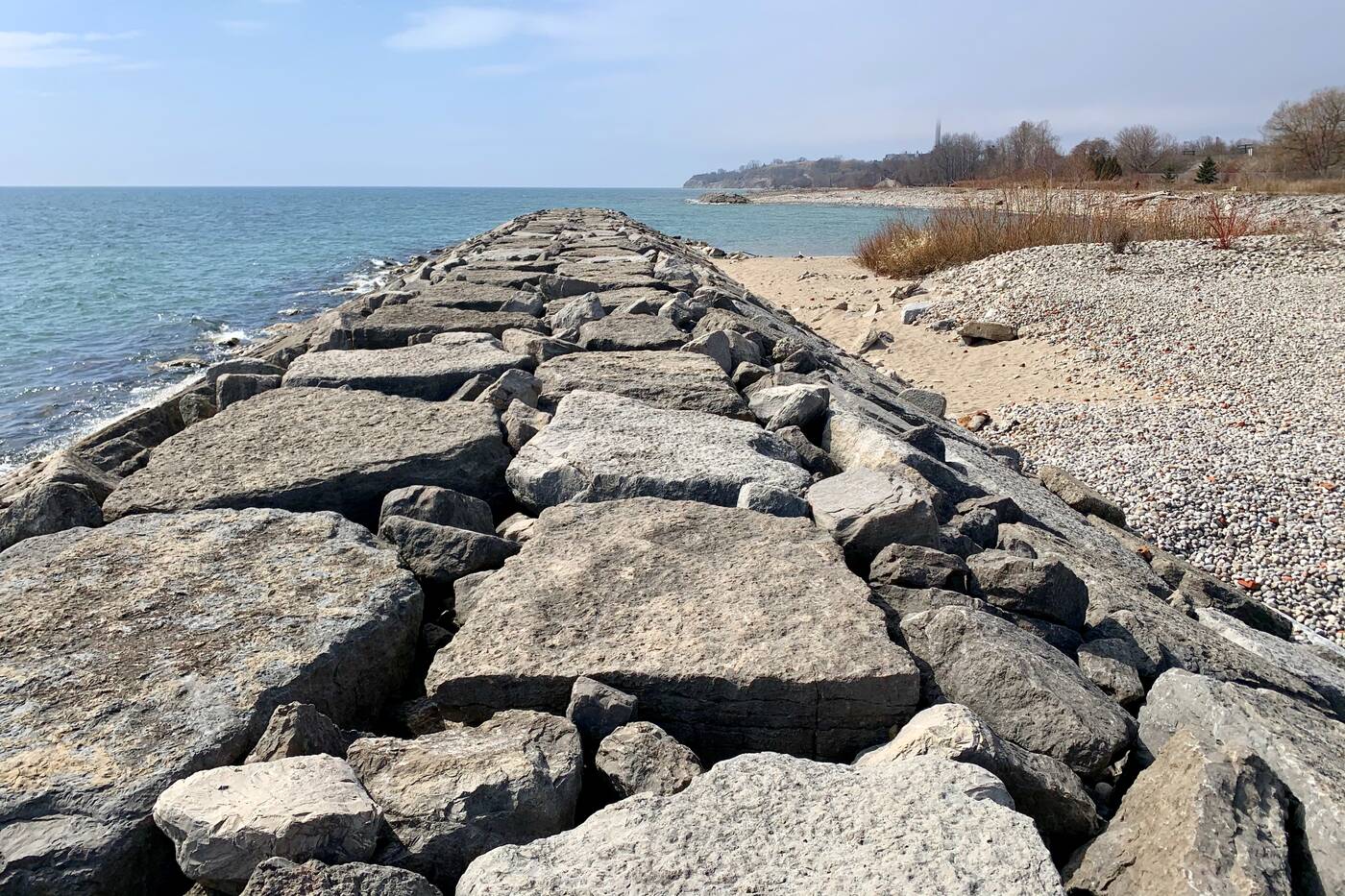 Plenty of bouldered lookouts are found along the shoreline.

Every couple hundred feet or so, the beaches extend out to big bouldered headlands that make for lookout points to the water. The further you head west, the more evident the Bluffs will be off in the distance too. 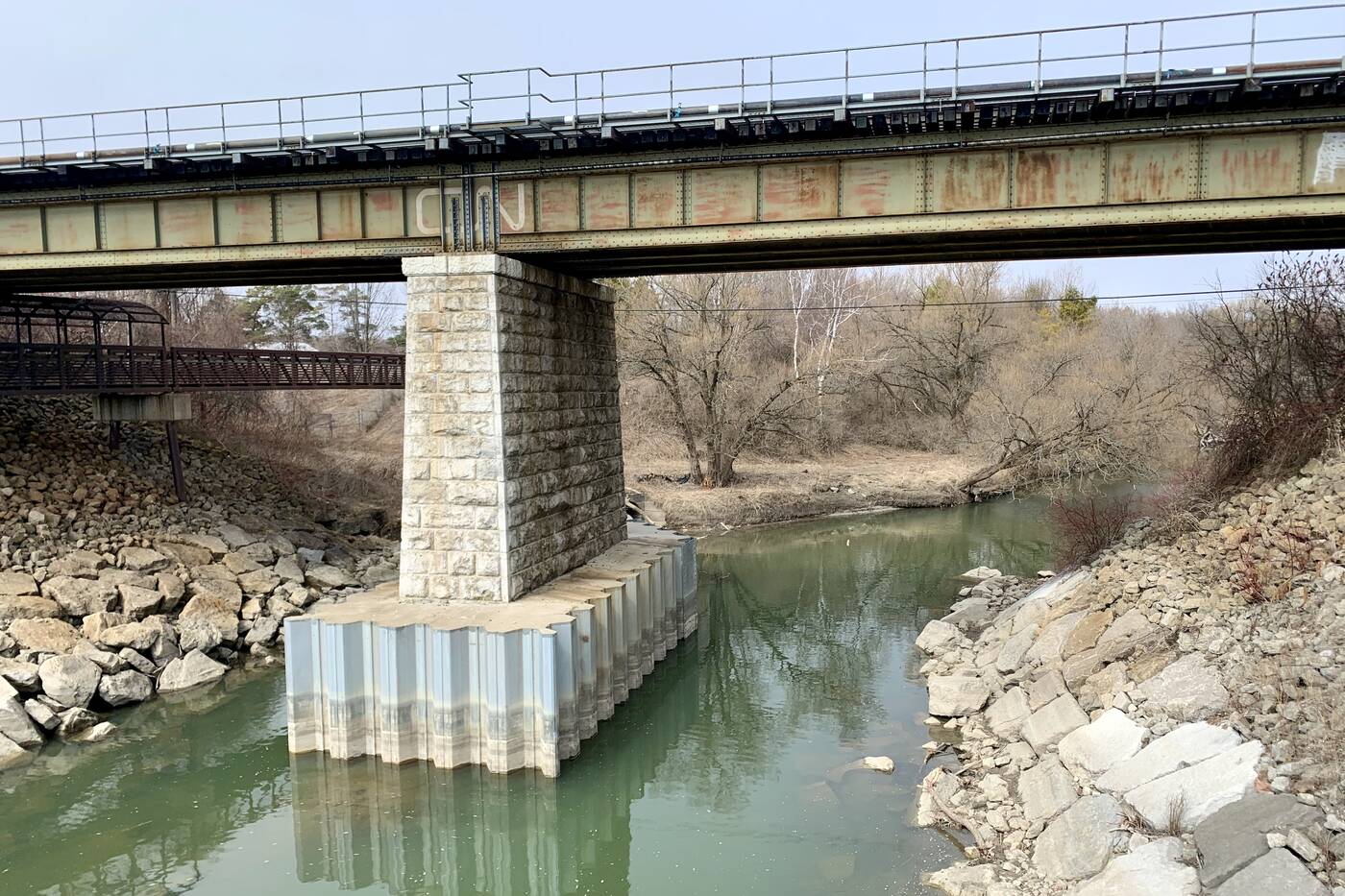 The Highland Creek pours into Lake Ontario at this point after journeying southward through the city.

You'll know when you reach East Point as you'll hit a massive steel bridge, with a sign bearing the name of the park displayed overhead. The pedestrian bridge was a feature of the first phase of the waterfront project back in 2006.

The best views in all of the trail are found right here as the bridge extends quite high out of the water. 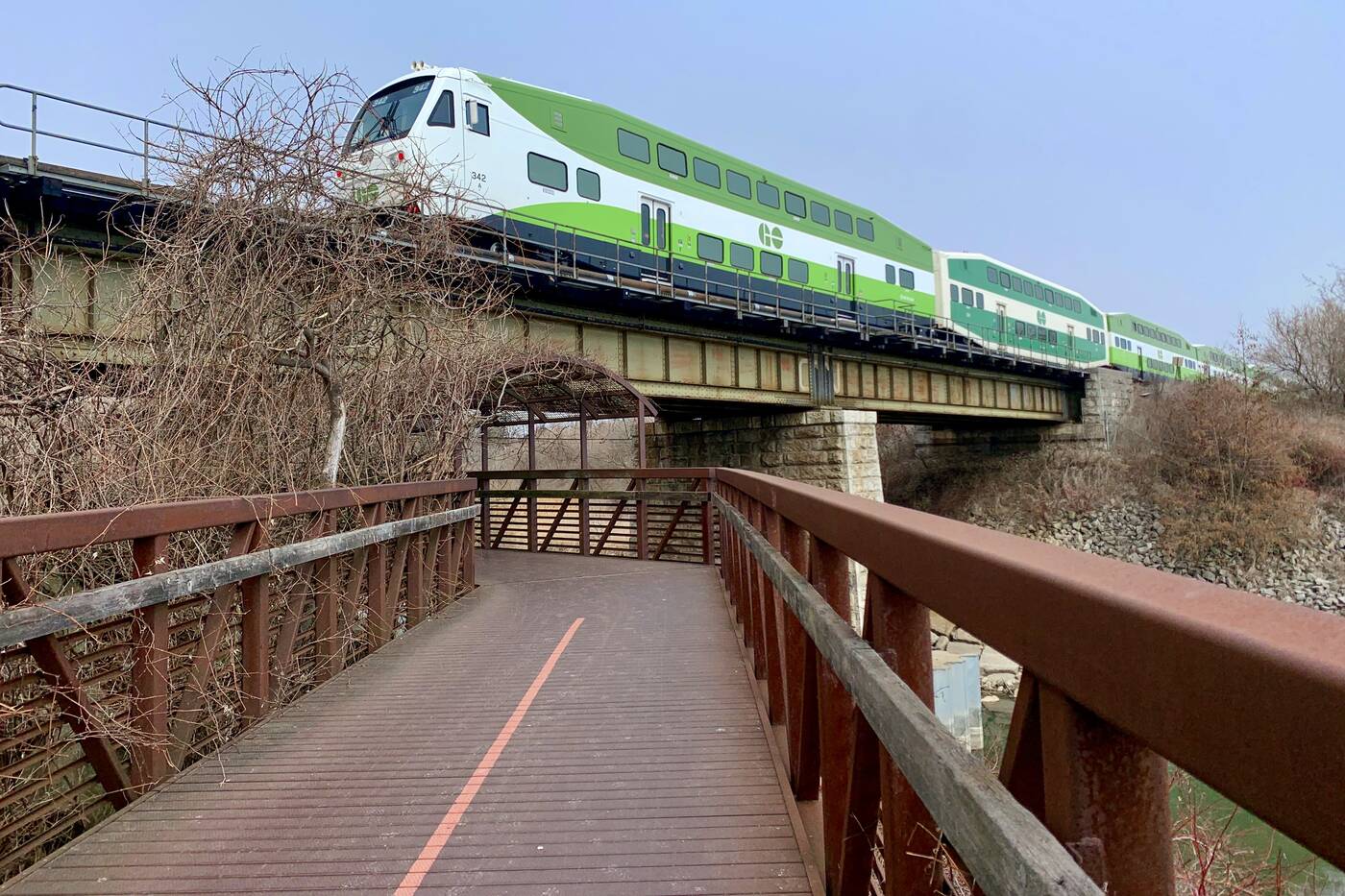 GO and VIA Rail trains zip by every 10 minutes on the railway line that sticks close to the trail.

The CN railway towers even higher above Highland Creek that's just flowing into the Lake after a long southward journey through the city.

The railway line follows the entire length of the trail with a GO or VIA Rail train zooming by about every 10 minutes. But it'll be thundering right overhead when you reach the bridge. 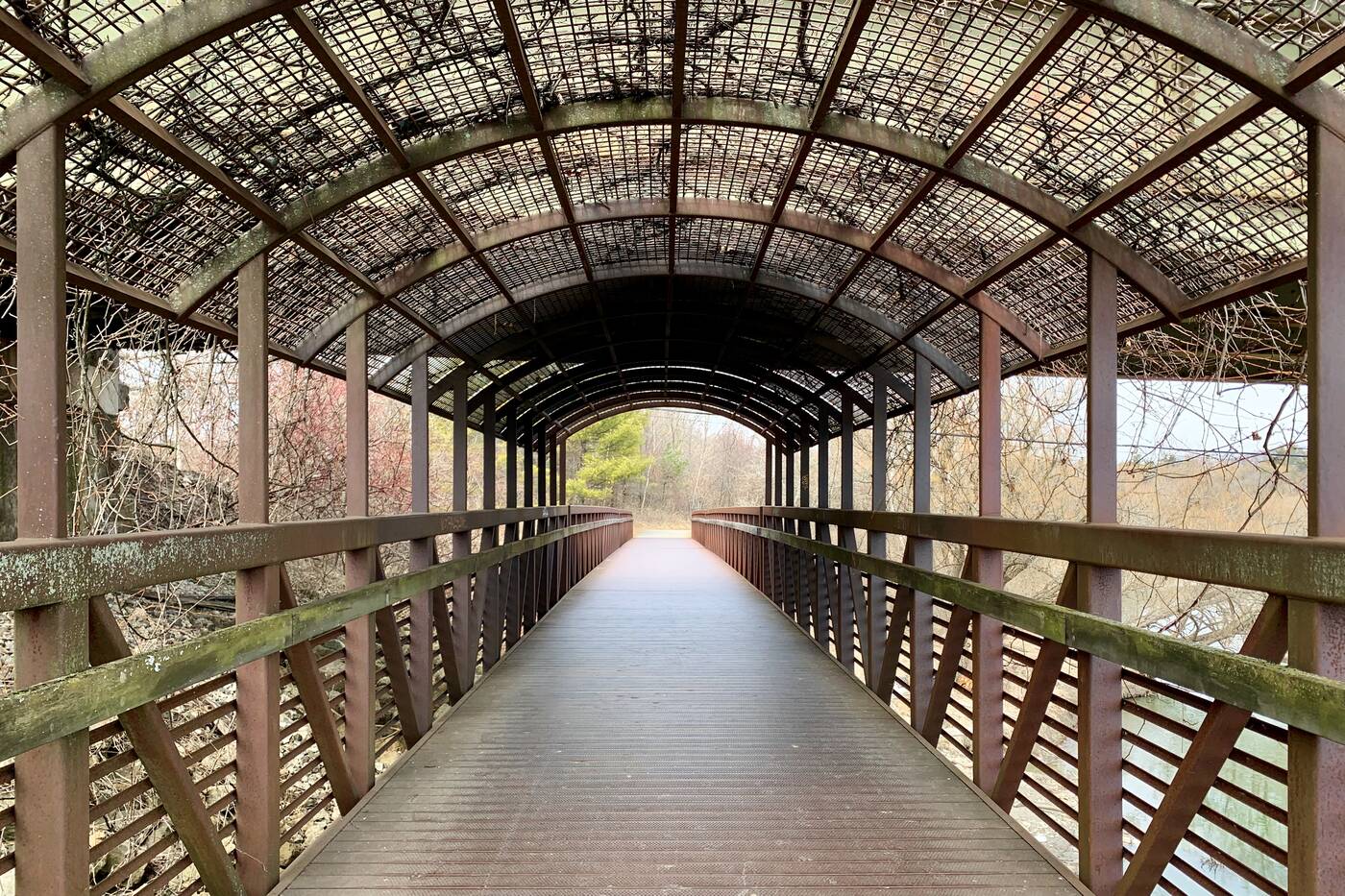 Head north under the covered bridge to access the Highland Creek watershed.

From this point, you're about a 15-minute walk from Colonel Danforth Park, just head north under the covered section of the bridge. You could even continue following the riverway for as long as you can if you're feeling ambitious – it extends all the way to Highland Creek Park. 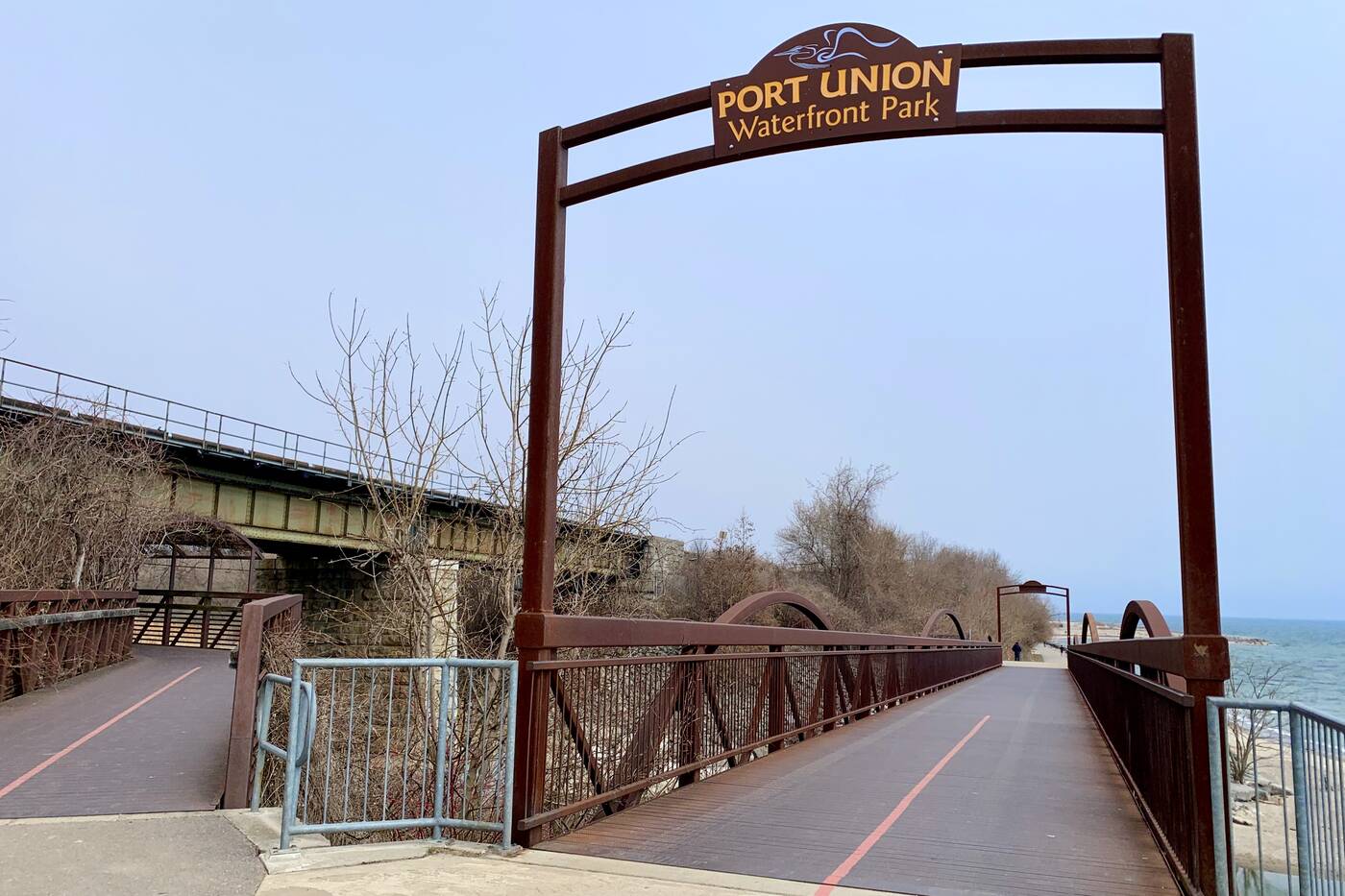