The future of transit is Toronto is shaping up to be a heck of a lot more advanced than it is currently, with a handful of major projects set to transform the city and how its residents move within the next few years.

Among these are things as largescale and well-known as the contentious Ontario Line subway that will span the city or the nearly-completed Eglinton Crosstown LRT and its extension to Pearson Airport, and things as easy to implement as designated transit priority lanes on key thoroughfares.

On top of the aforementioned, there are various GO expansions, plans for the Finch West and Hurontario LRTs, and Scarborough and Yonge subway extensions due from Metrolinx over the coming decade.

And, two other long-awaited lines that we may finally end up seeing sooner rather than later: the Waterfront Transit Network and the Eglinton East LRT, both of which Mayor John Tory revealed yesterday he'll be pushing at the City's Executive Committee meeting next week.

The Transit Expansion Projects report released today provides an important update on the Eglinton East LRT and the Waterfront Transit Network. These projects will bring more transit to two areas in our city that absolutely need it – the Waterfront and Scarborough.

The Waterfront solution, which the city endorsed in 2018, is slated to create a cohesive network along the Harbourfront from Lakeshore and Long Branch to Woodbine and Queen, including expanded streetcar service — something the mayor reiterates is integral given the amount of rapid development taking place in the area, which includes but is not limited to the all-new Villiers Island community.

Preliminary route of the Waterfront Transit Network. Map courtesy of the City of Toronto.

Meanwhile, the Eglinton East LRT, which is in a later stage of planning, will run 21 stops over 15 km eastward from Kennedy Station to Malvern.

Tory is now asking that the latest plans for both lines be approved by City Council ASAP to get the ball rolling. 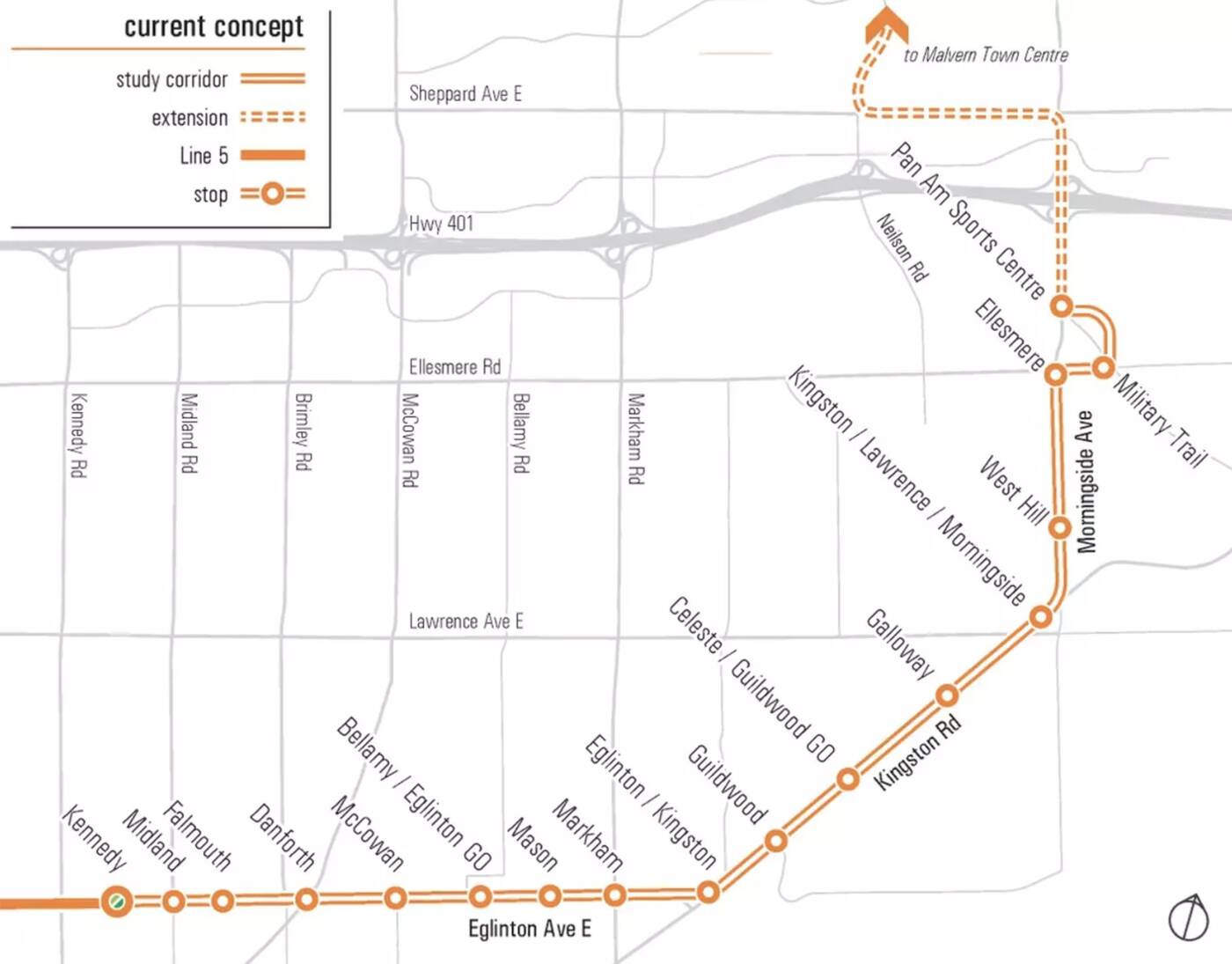 The more detailed route of the Eglinton East LRT. Map courtesy of the City of Toronto.

"These projects will bring more transit to two areas that absolutely need it: Scarborough and the Waterfront," Tory said at a press conference on Thursday, adding that the city needs to "get to work on building" these important transit connections.

"We have to keep moving transit forward in all parts of our city, and that's why we're moving ahead with these two projects and why we're continuing to work with the province to move forward its major transit projects."

Waterfront transit, east and west, must be a priority for the city given the development both built and planned.

Once the proposals are approved, the City will move forward with assessing costs, business plans and schedules for completion of the work.