Moss Park has been the site of a massive homeless encampment since early on in the pandemic, as many tried to avoid the COVID-19 outbreaks that have plagued Toronto's shelters — but some residents living in the park were just evicted by city workers.

Yesterday, staff arrived at the homeless encampment and encouraged residents to work with Streets to Homes, the city-funded program that aims to help people with a history of homelessness transition into housing.

Residents were then served with eviction notices and told they'd have until 1 p.m. today to remove their possessions, at which point the encampment would be dismantled by the city.

Looks like the city is clearing out Moss Park tomorrow... https://t.co/TtiWjFArLk

Homeless advocates immediately condemned the city for the notices, with many pointing out that Toronto's homeless population simply has nowhere else to go and evicting them from a park is counterproductive if residents are not provided with alternative long-term housing options.

After failing to provide basic resources like water, @cityoftoronto is forcibly 'evicting' Moss Park residents w/ literally nowhere to go, except where the city wants them to be: out of parks — which are public land — & thus out of sight. Not a problem if it's not visible, right? https://t.co/YI1wAxPhjQ

Many also criticized the short notice residents were given to pack up their lives and leave.

Toronto activist Zoë Dodd tweeted this morning that lawyers issued a letter to the city saying they believe the eviction notice is invalid and does not comply with the requirements set out in Municipal Code Chapter 608 since residents were only given 24 hours' notice.

In reality, the minimum notice required by law is 72 hours.

"Sadly the City would rather criminalize people then [sic] work on finding suitable locations for people aka permanent housing, centrally located accommodations, accommodations in people's communities and next to the services they need for their survival," Dodd wrote.

But despite this fact, city workers showed up right on schedule to remove tents and possessions at 1 p.m. this afternoon. 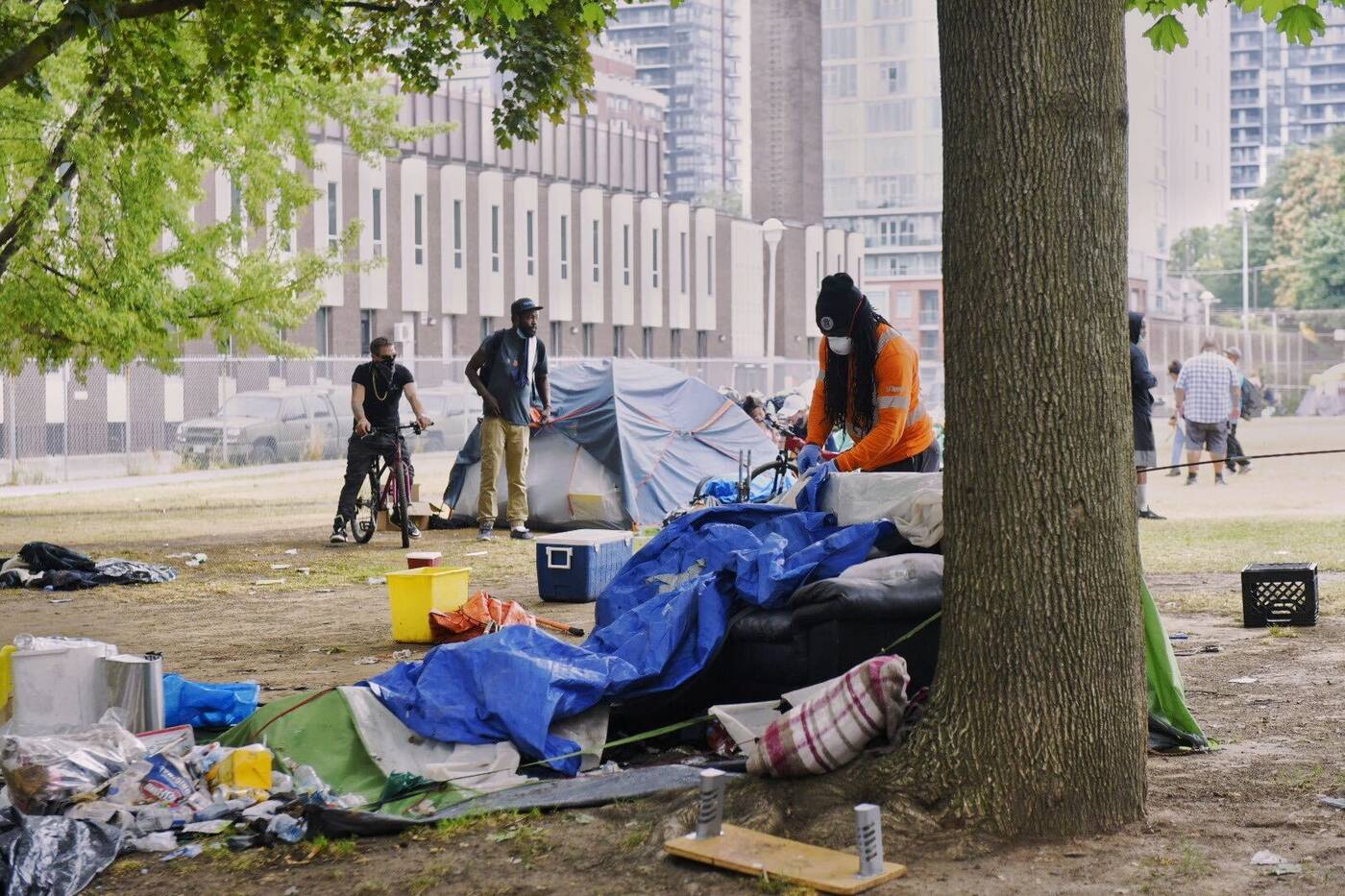 A city worker dismantling the encampment in Moss Park

Advocates were also present at Moss Park to stand in solidarity with those having their possessions removed.

Interactions between advocates, city workers and those experiencing homelessness remained mostly civil throughout the afternoon.

At one point, however, one man grew angry and approached one of the workers with a rake in hand. 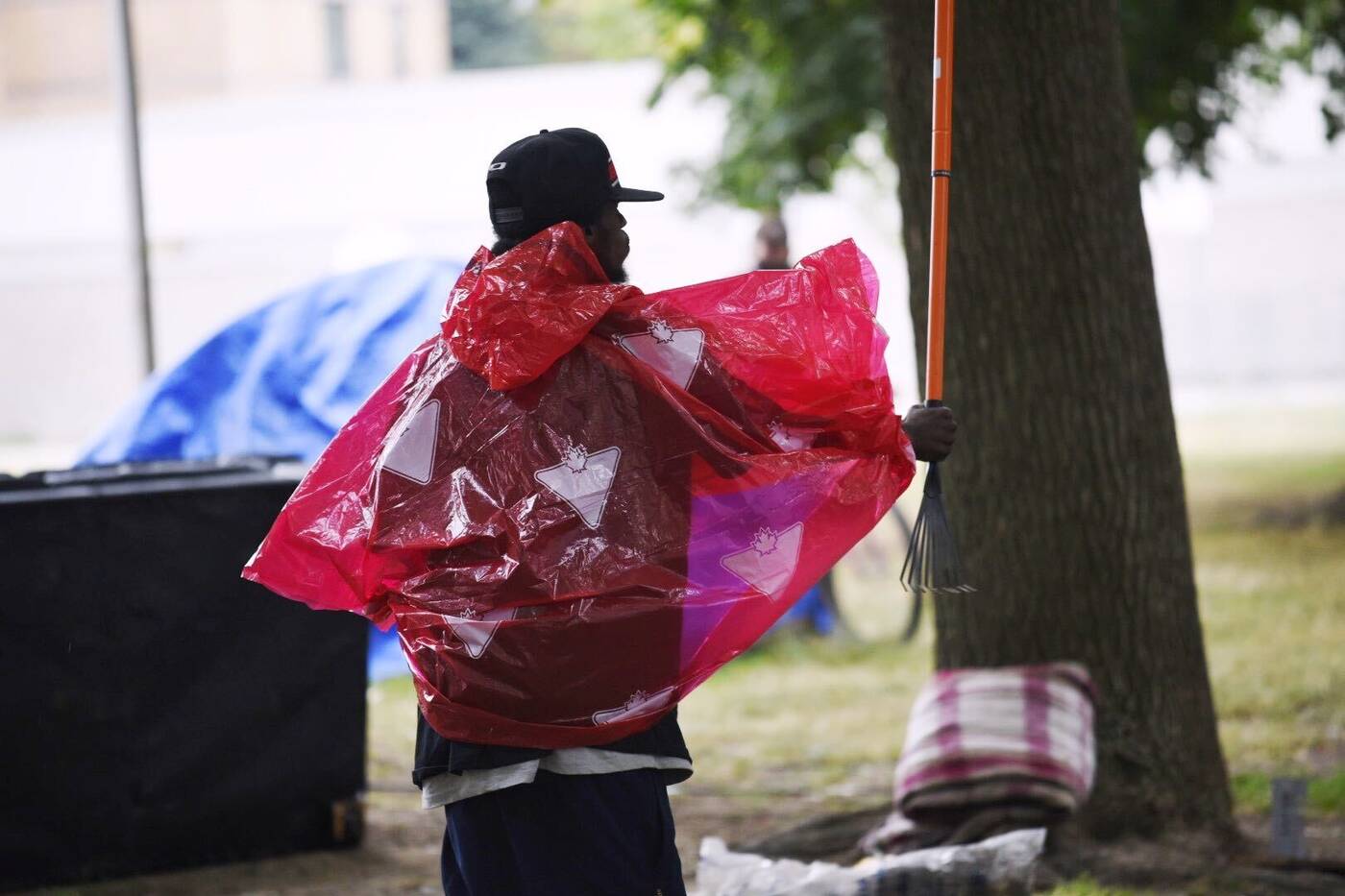 A few tense moments ensued, but city staff were able to deescalate the situation and no one was hurt.

Police officers were also on-site throughout as an extra precaution. 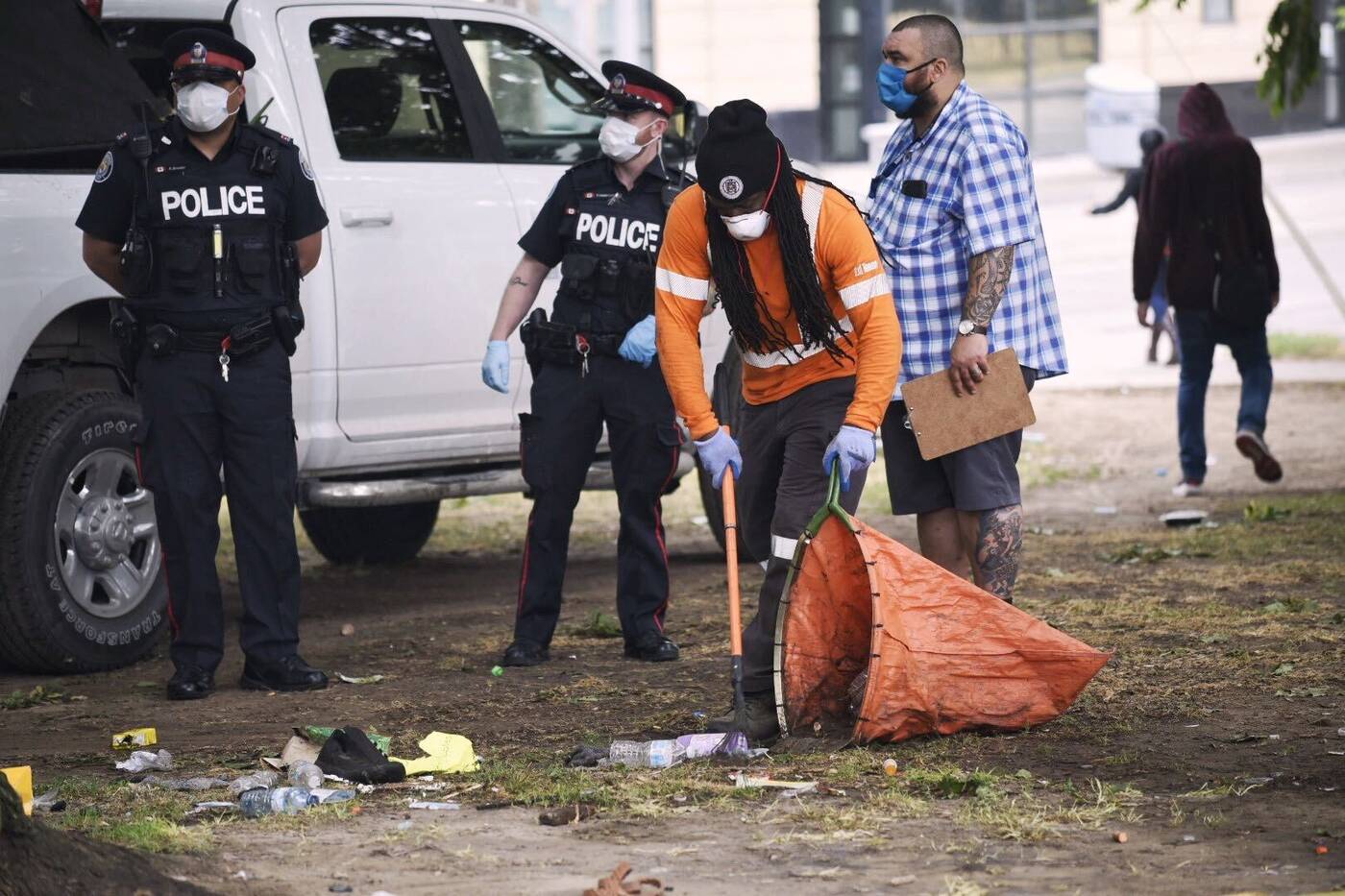 Toronto police and city workers at the Moss Park encampment

In the end, only part of the encampment was cleared as city workers had limited space in their tucks for residents' tents and possessions.

But this is far from the first time the city has attempted to dismantle massive encampments where Toronto's homeless population is seeking refuge, and it likely won't be the last.