This is what Kensington Market and Chinatown look like right now

Kensington Market and Chinatown are normally a lively pair of Toronto neighbourhoods attached at the hip, but with everyone staying home to prevent the spread of COVID-19 they've fallen eerily quiet.

If you've ridden a packed Spadina streetcar on a weekend you know that's when these areas come alive, especially for Pedestrian Sunday in Kensington. 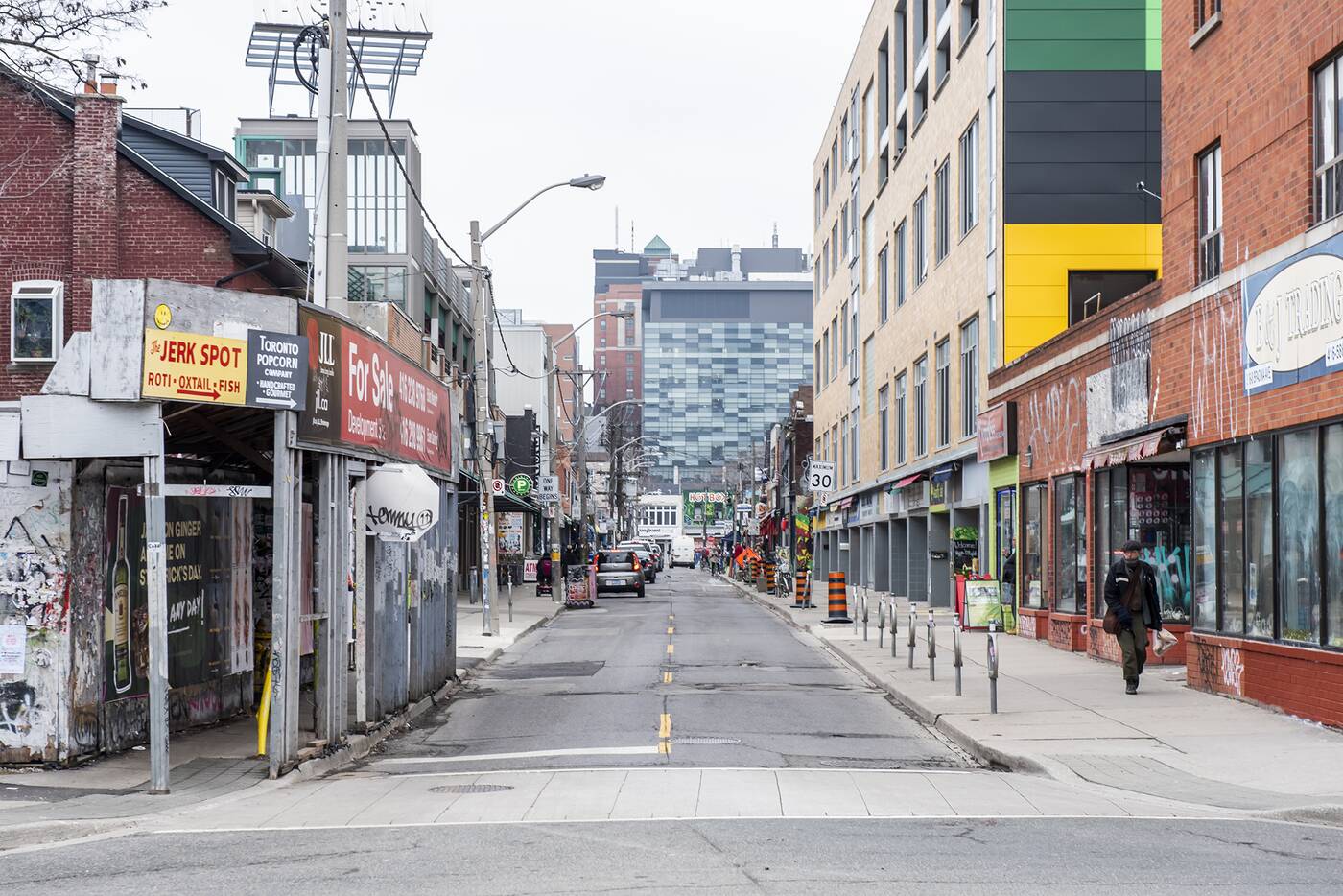 PS Kensington is supposed to begin on May 31 this year, so who knows if we're still on track for that, but it lasts until October 25 so hopefully we'll be able to enjoy at least a few this year. 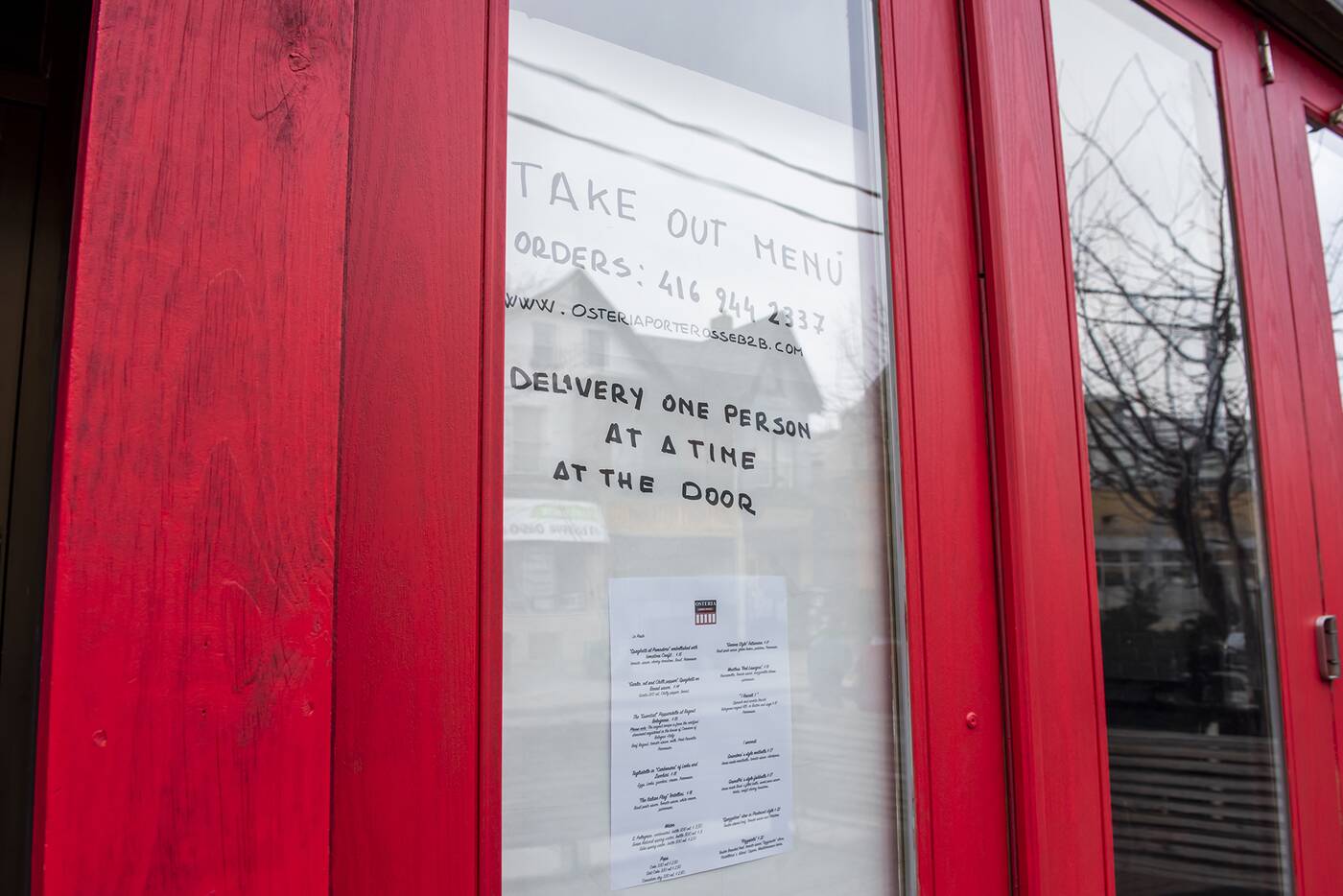 Some of the most buzzworthy restaurants in food-centric Kensington have opted to close temporarily, including Grey Gardens and El Rey. However, there are lots of others that have opted to open for takeout and delivery only. 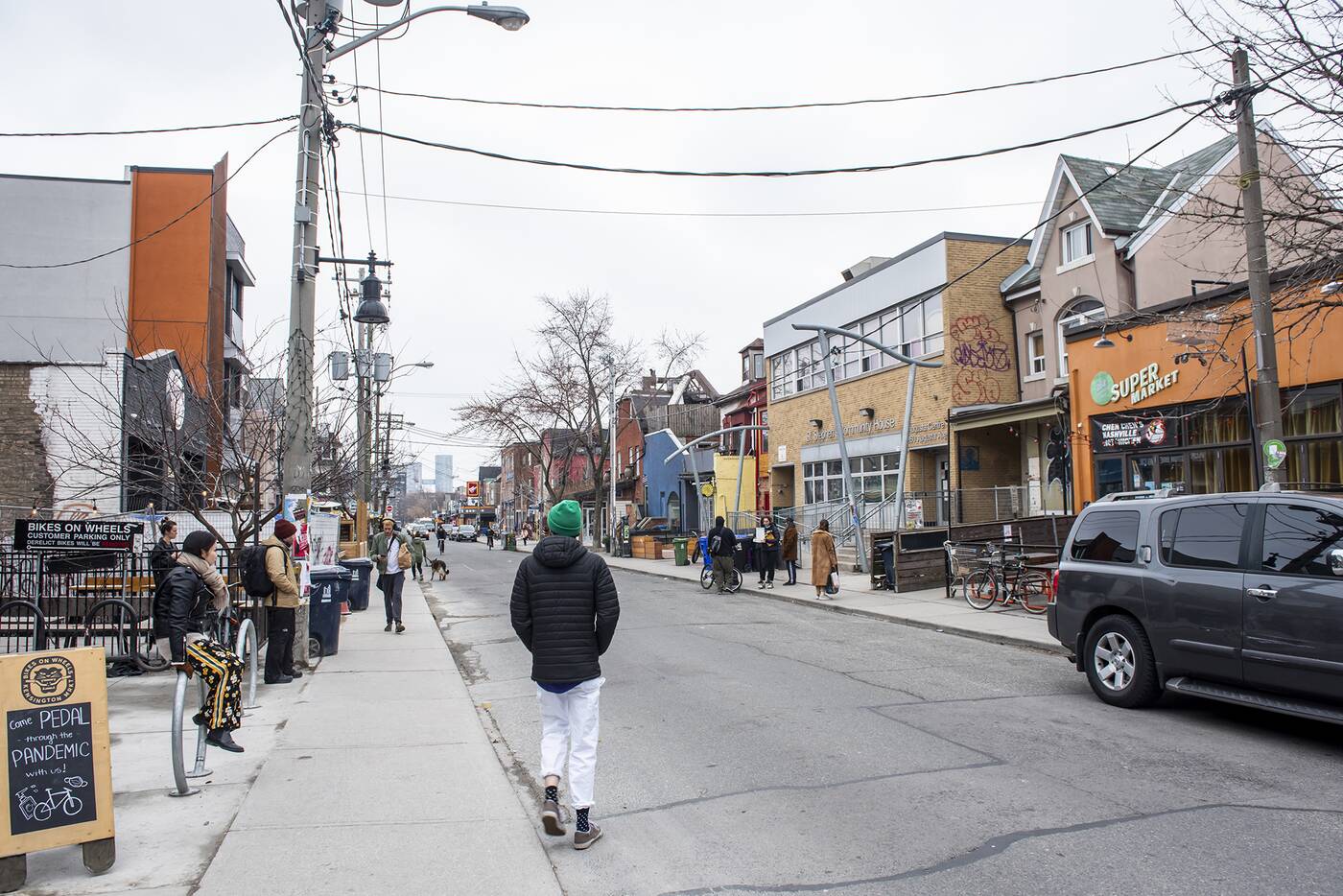 Other types of businesses are still staying open as safely as possible as well, like Bikes on Wheels, which is operating at minimal capacity and offering free shipping on online orders and delivery of new, assembled bikes in the GTA. They're likely close now, however, after the Ontario Goverment ordered all non-essential businesses to close. 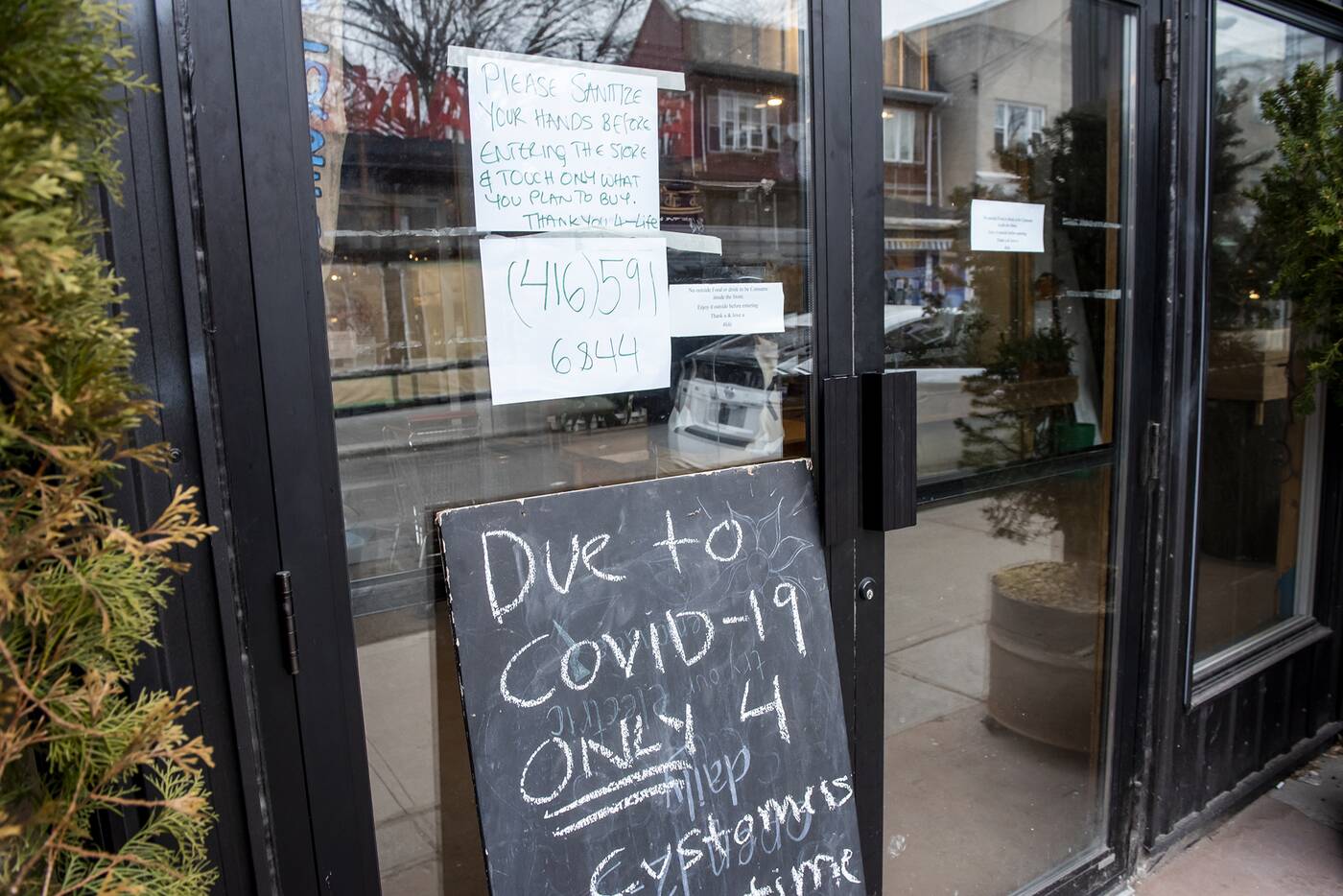 Lots of front line grocery stores are remaining open, which is great because it allows shoppers to support their small business and take the pressure off large stores at the same time. 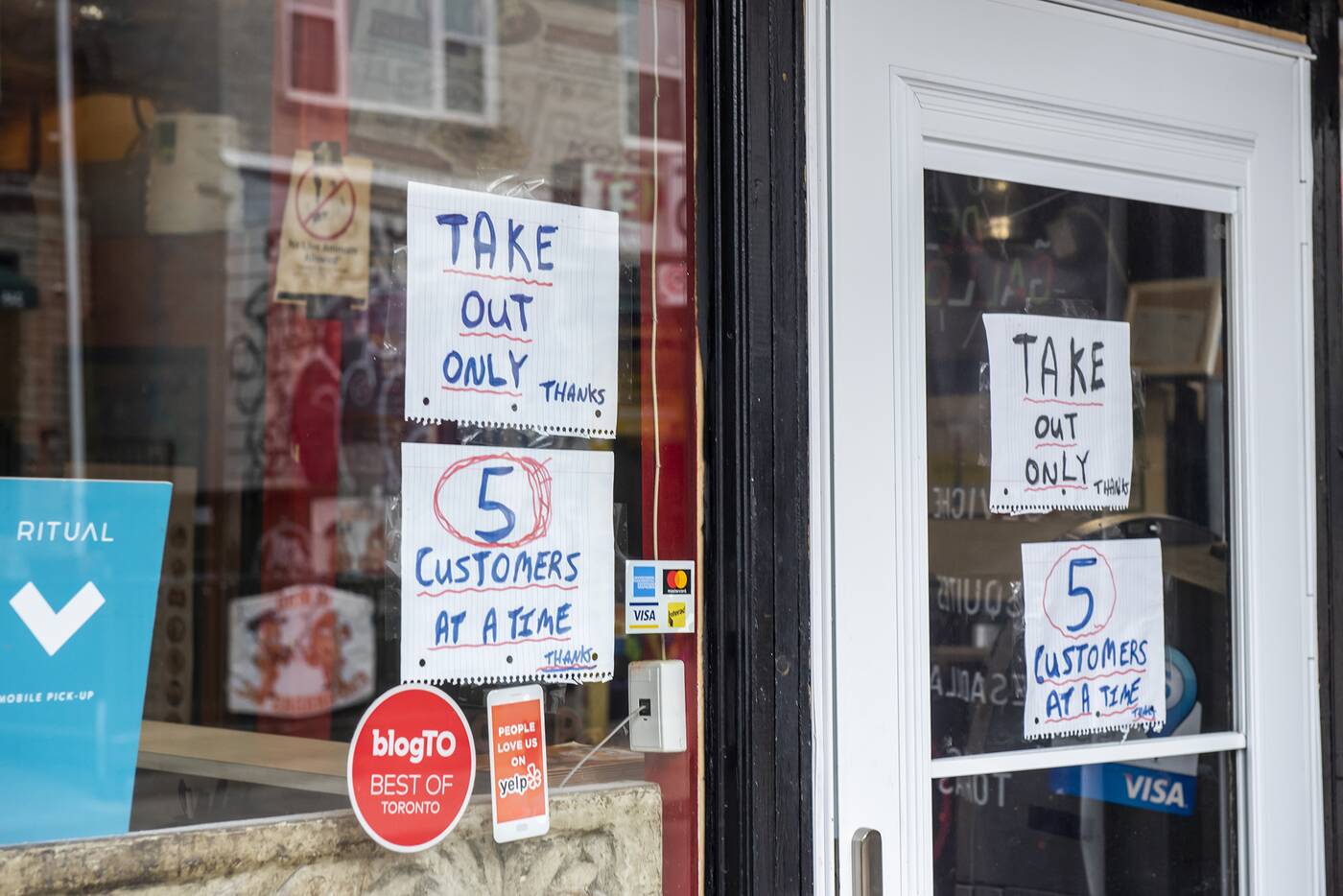 Stores like Sanagan's are staying open safely using practices like opening doors for people, handling baskets, limiting the number of people inside at a time, and making sure people are keeping a safe distance from each other. 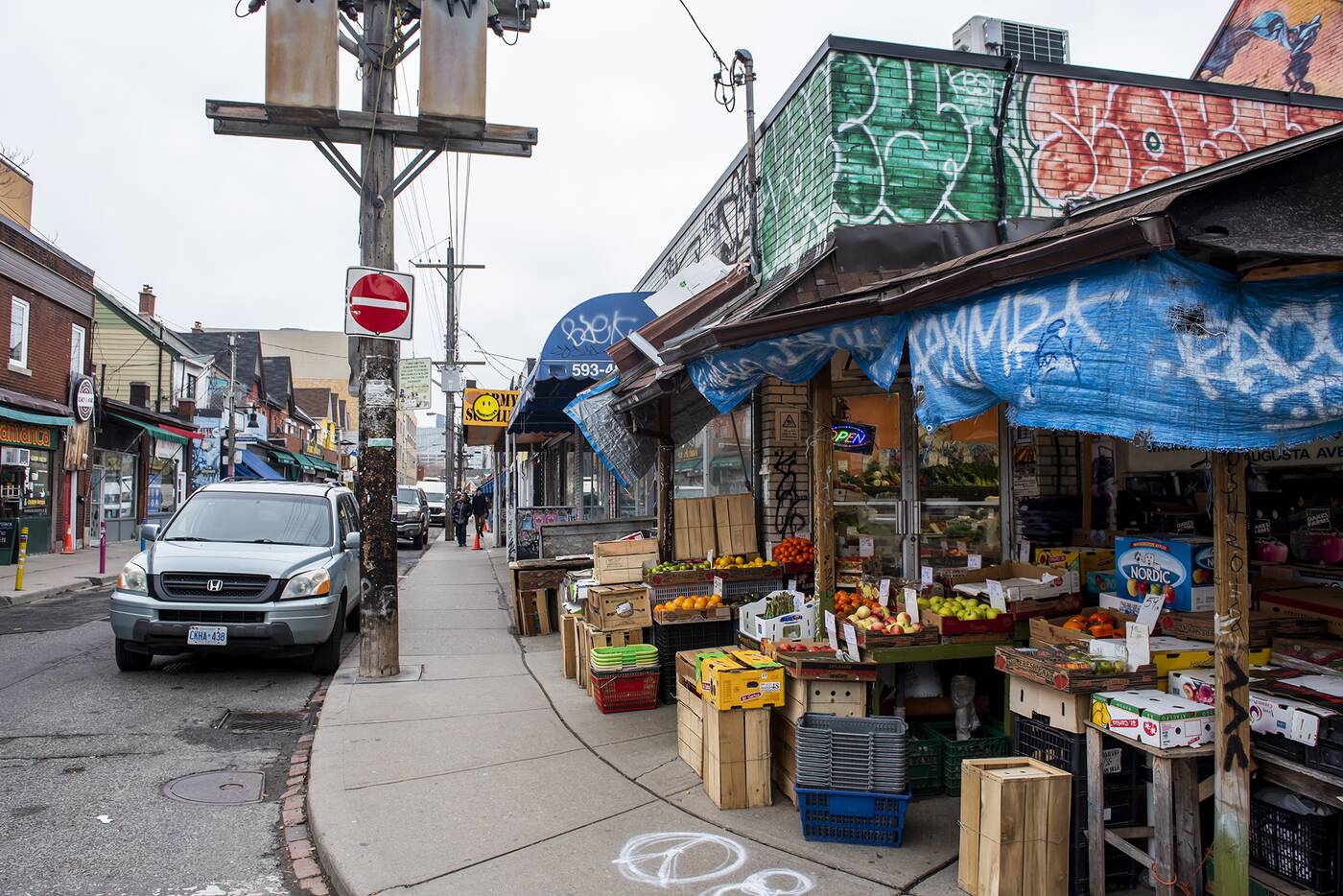 Grocery stores in this area should have plenty of stock, so if you're able to make it to one of the smaller ones in this area, not only will you be avoiding a big box store and supporting a local business, you're also probably more likely to find what you need and feel sane in the process. 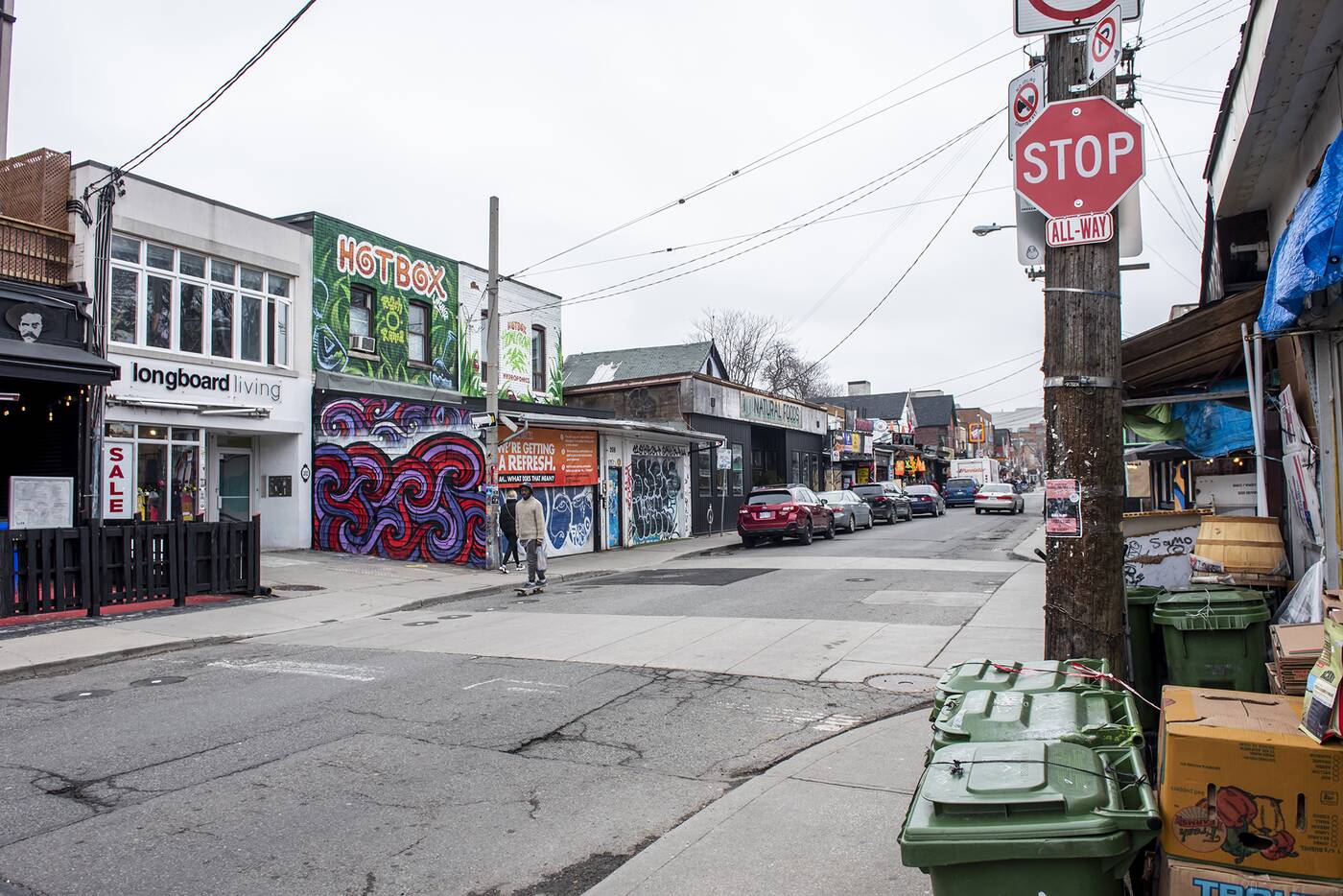 It seems as if even good old Kensington head shops are temporarily closed (*sniffle*). 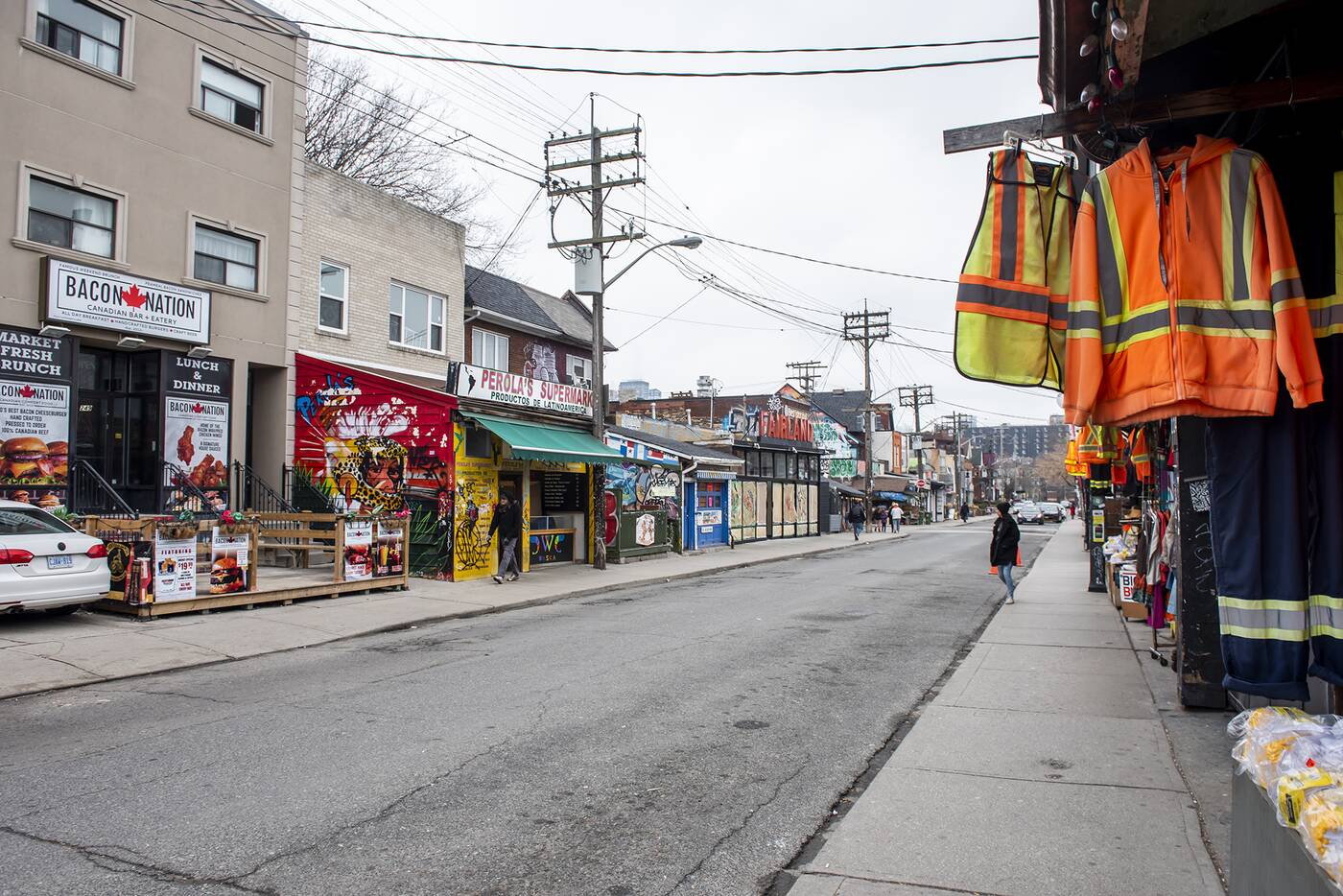 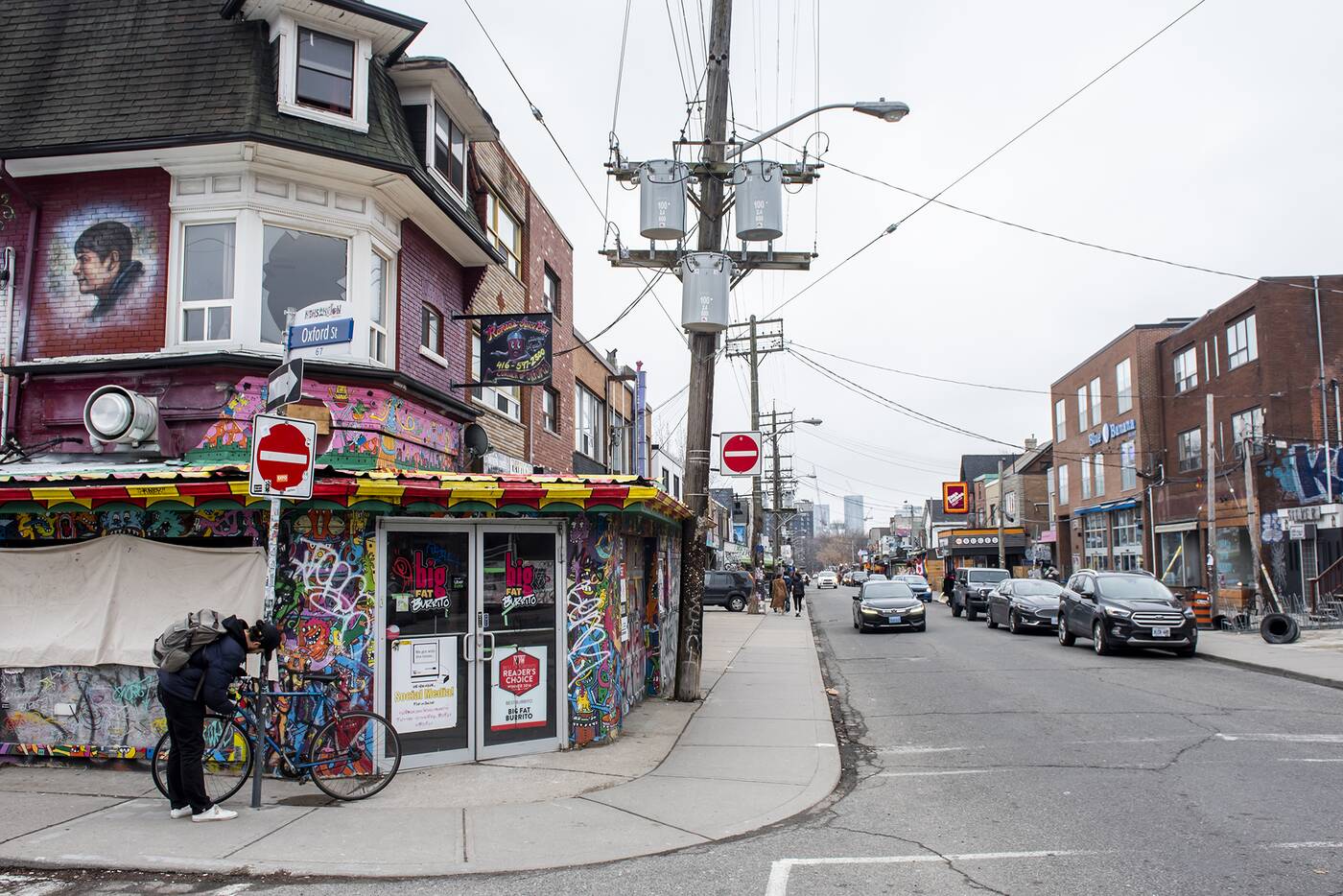 Big Fat Burrito is actually in the midst of relocating to another space on Augusta, but that's not stopping them from doing online delivery. 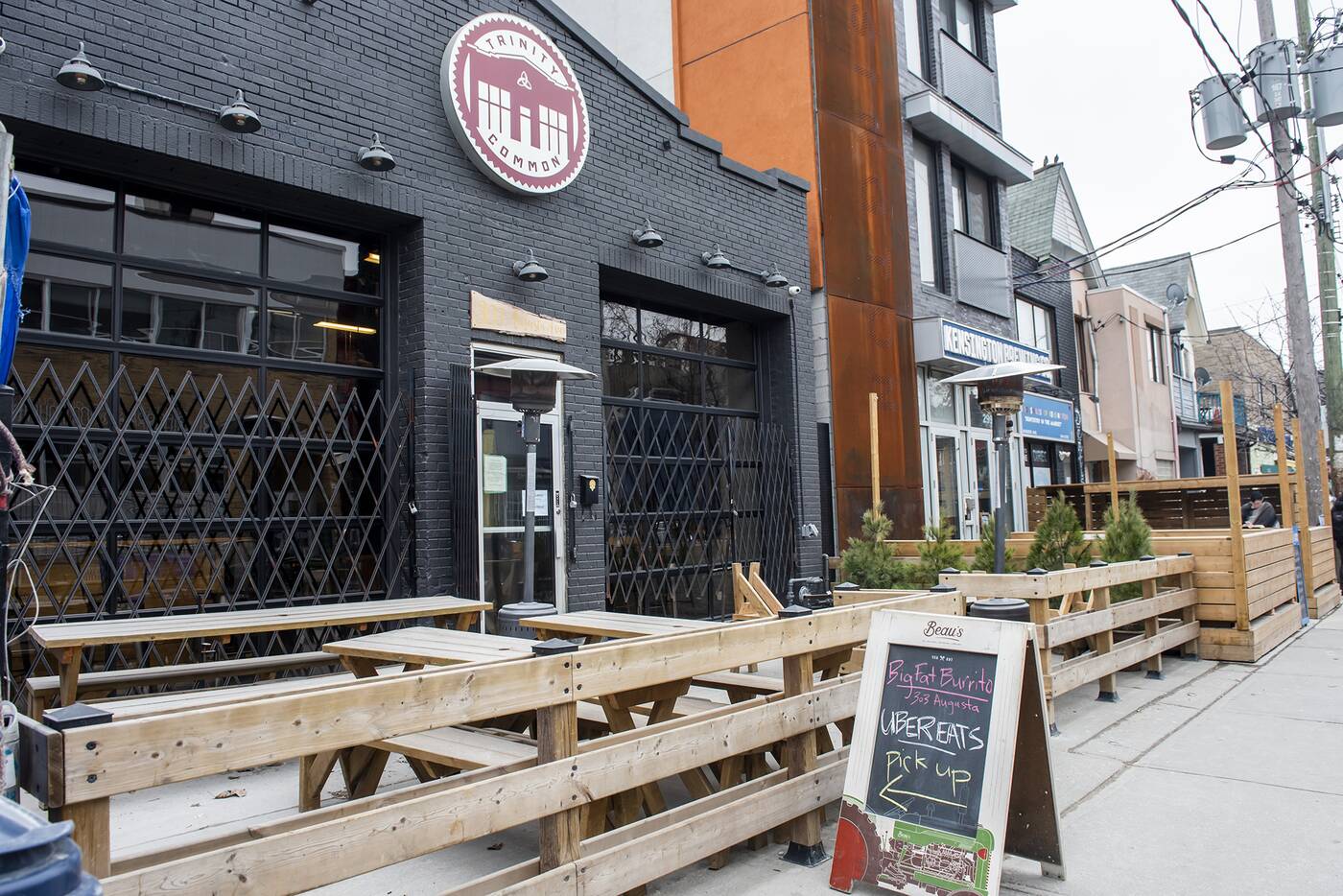 They're actually running their delivery operation out of the temporarily closed Trinity Common. 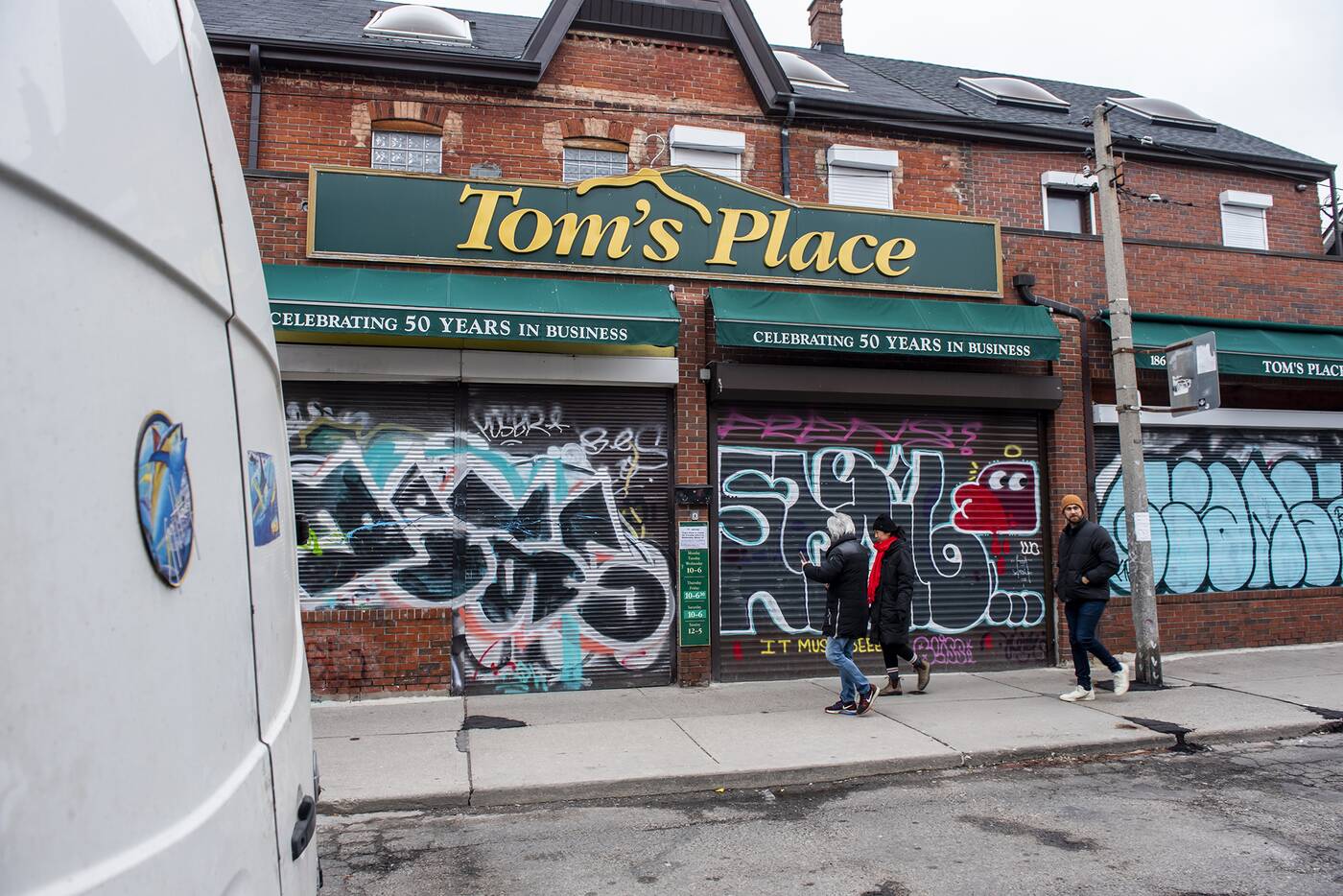 Even businesses like Tom's Place, which has been operating in Toronto for over 60 years, have closed temporarily. Tom's closed on March 18, planning on staying that way for at least two weeks. 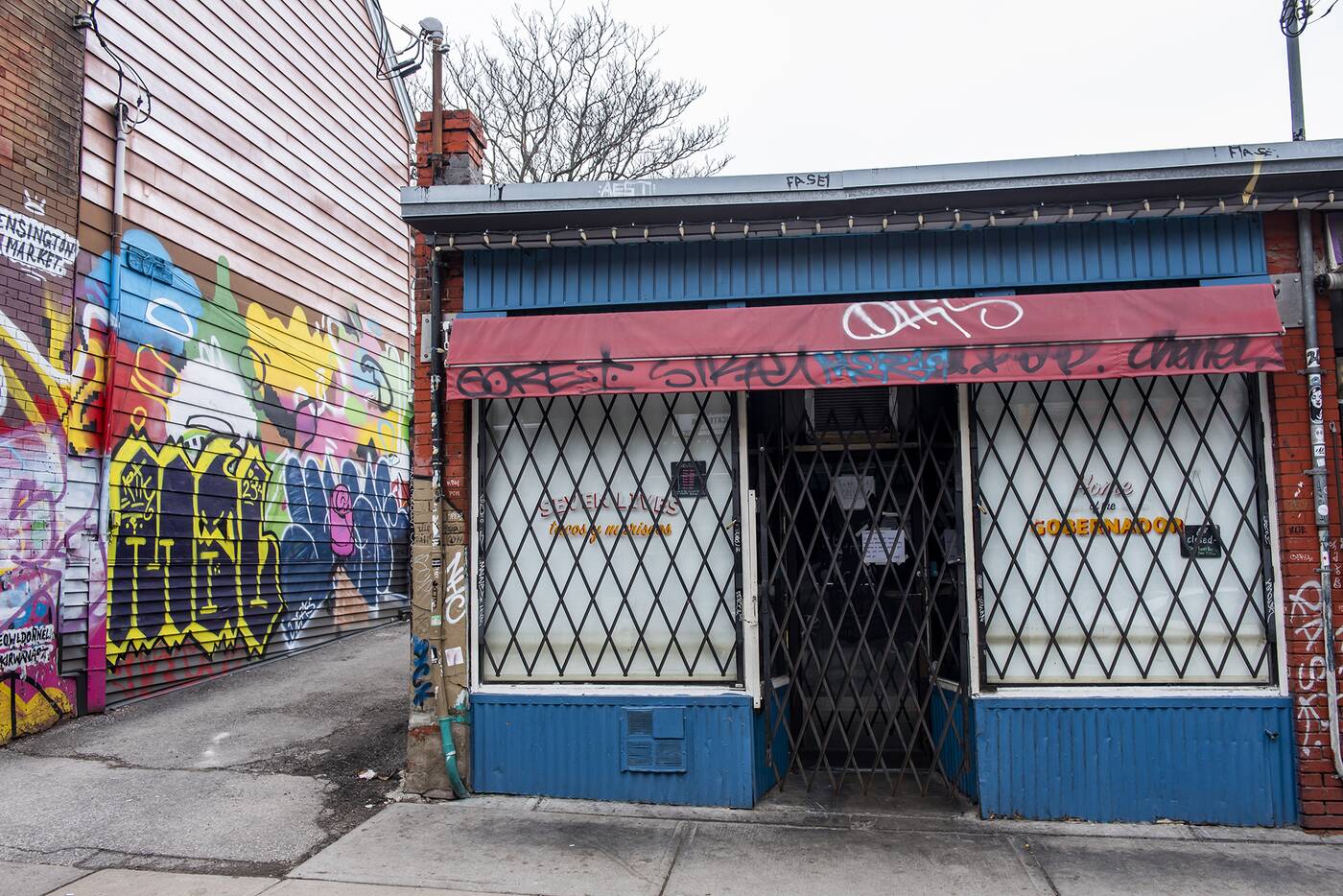 Seven Lives, known for making some of the best fish tacos in the city, started out remaining open for takeout only, but is now also available on delivery apps. 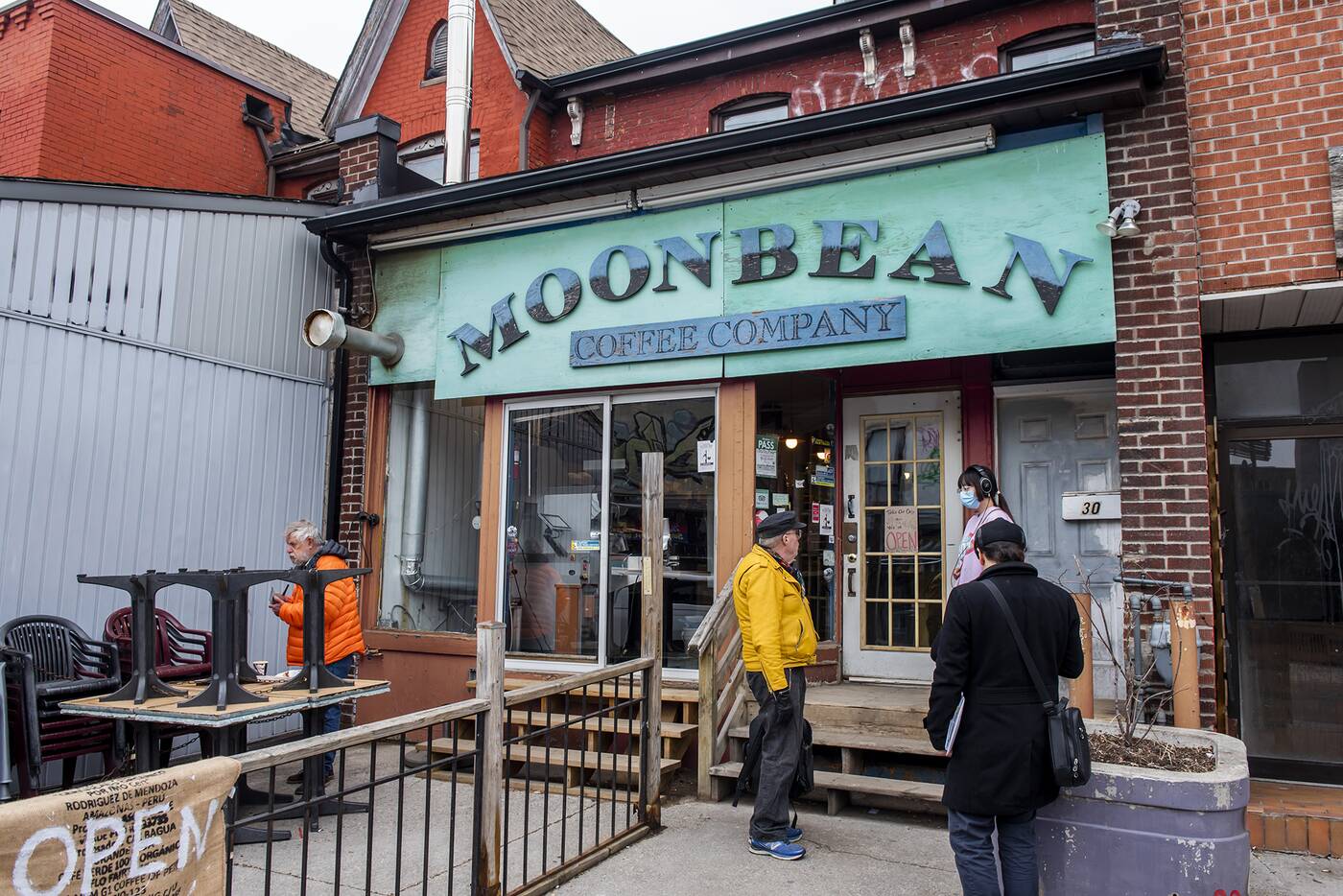 Moonbean is still open and selling their freshly roasted coffee both brewed and in bags to take home. 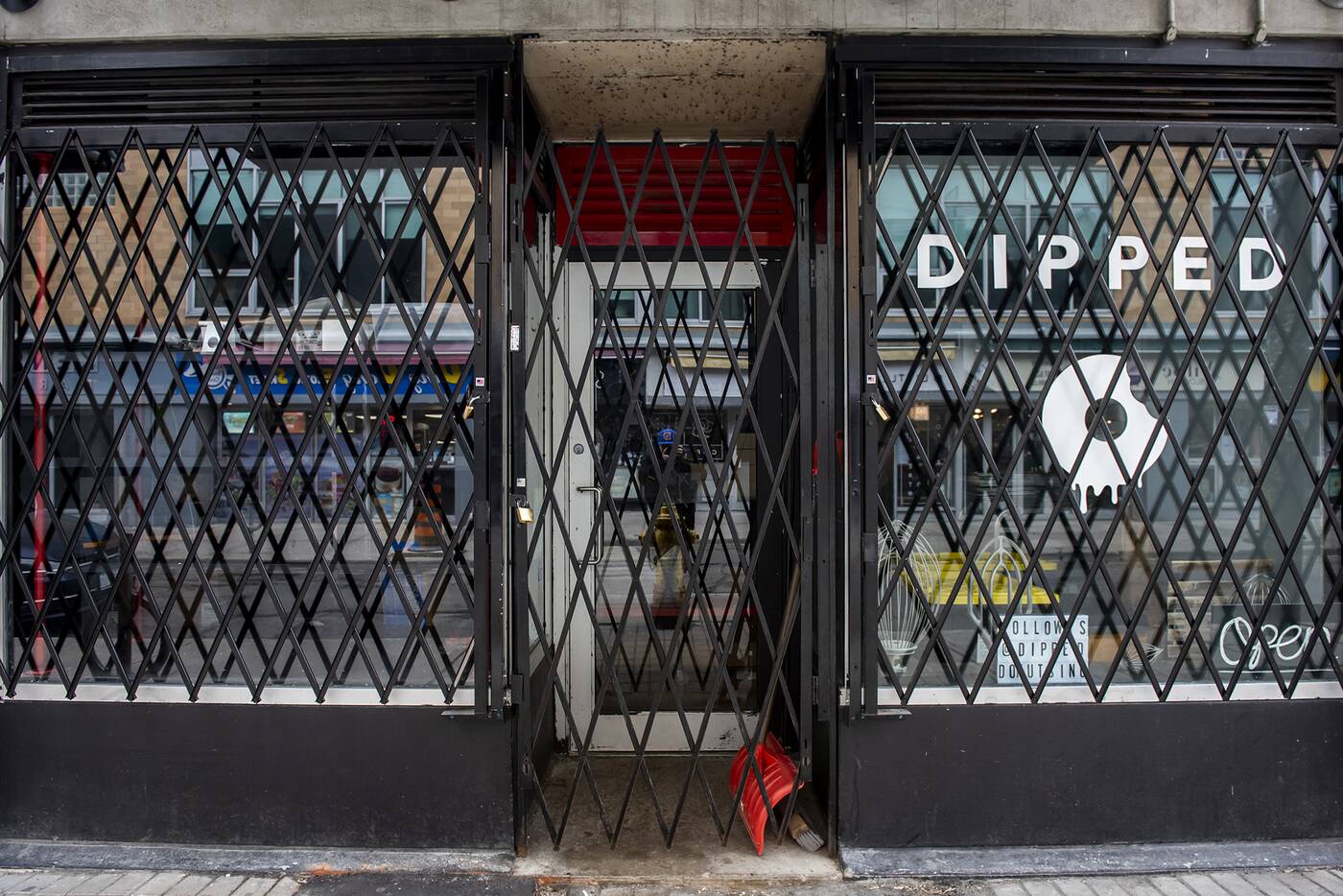 Newer small business Dipped Donuts remains closed until further notice, though earlier they had been planning on remaining open and offering delivery. 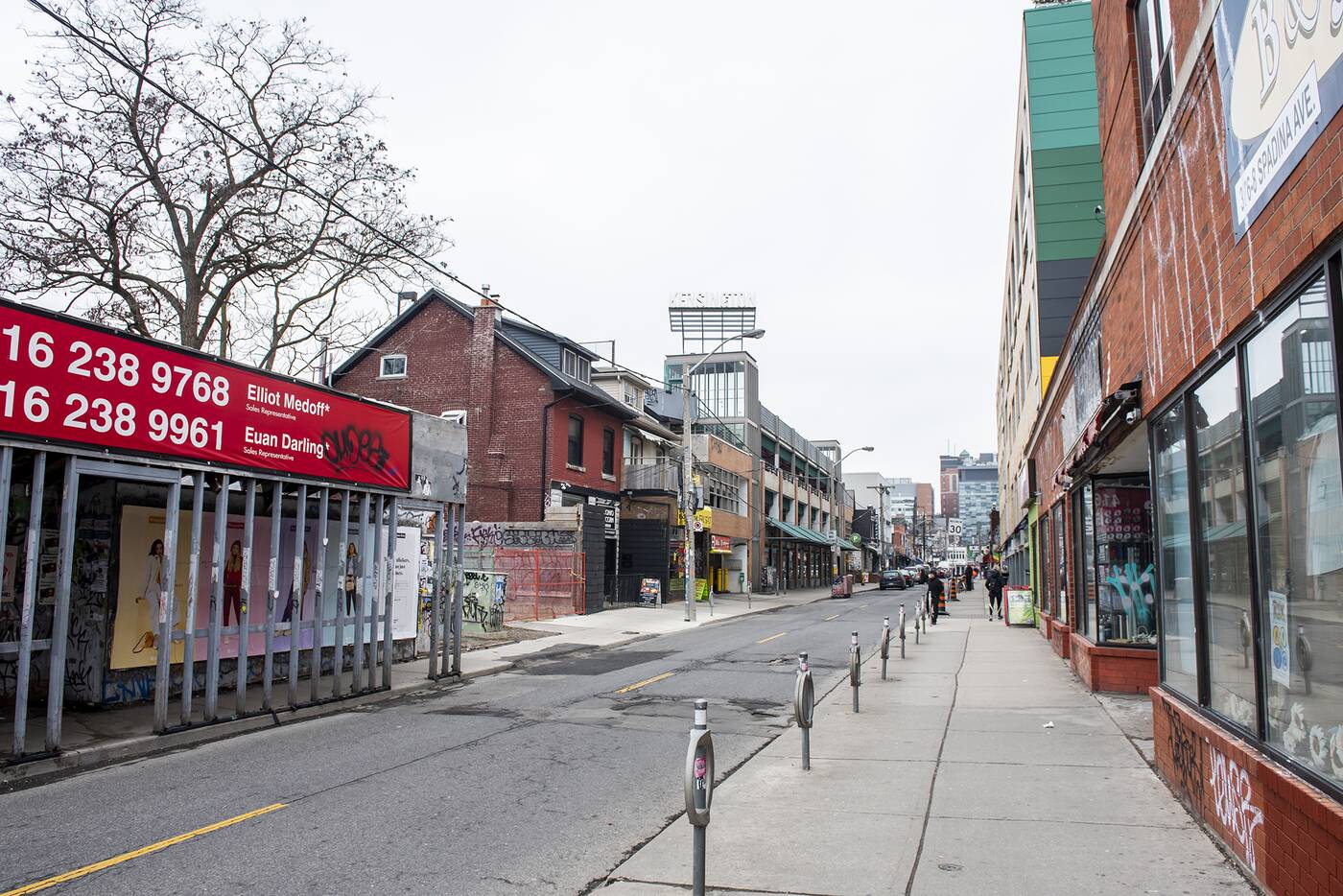 Ozzy's Burgers temporarily closed all locations on March 20, but had also opted to divert their efforts to delivering free food to hospital workers. 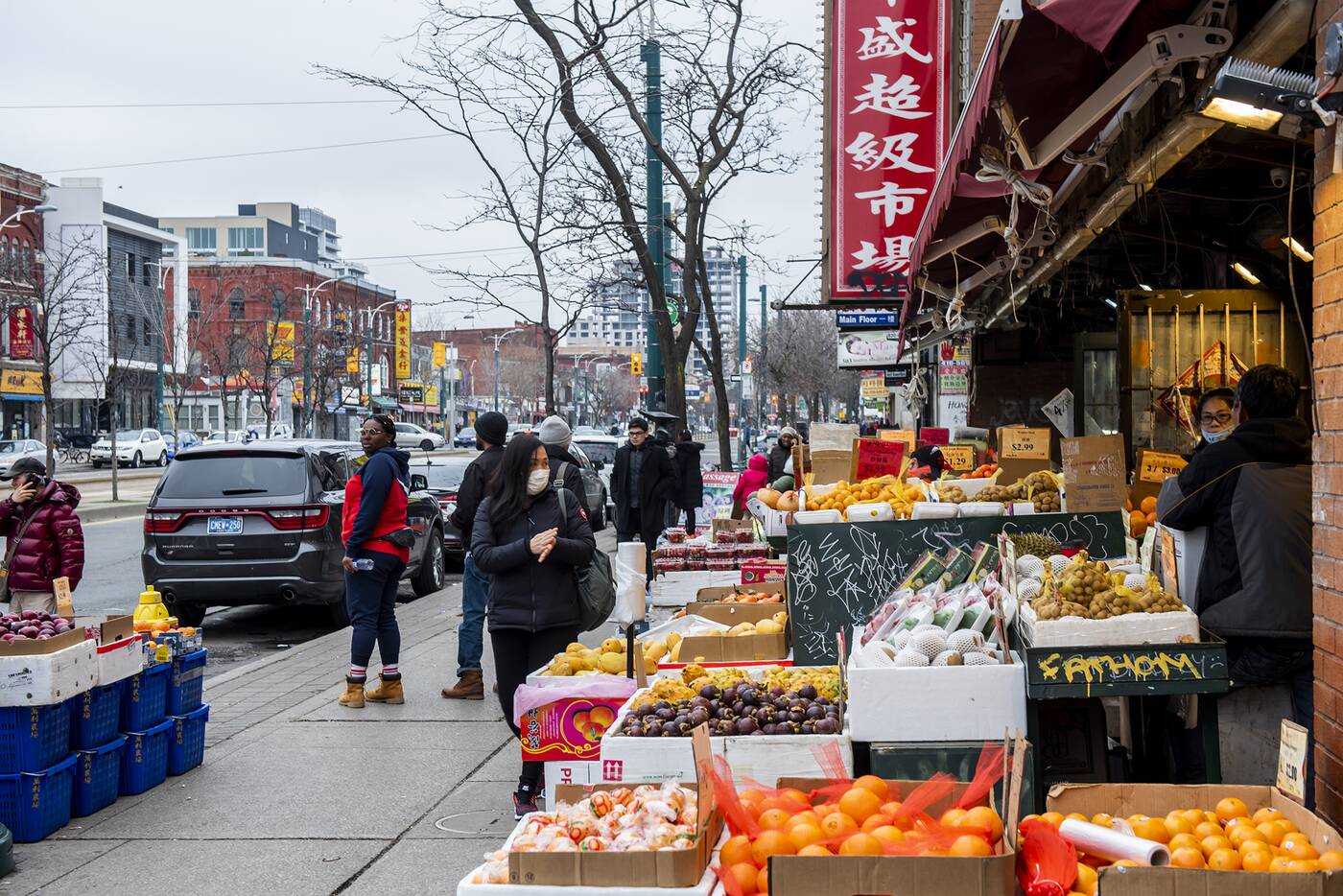 It's a similar story in Chinatown, where again grocers are far less overrun than larger outlets (or even than they normally are on an average Saturday). 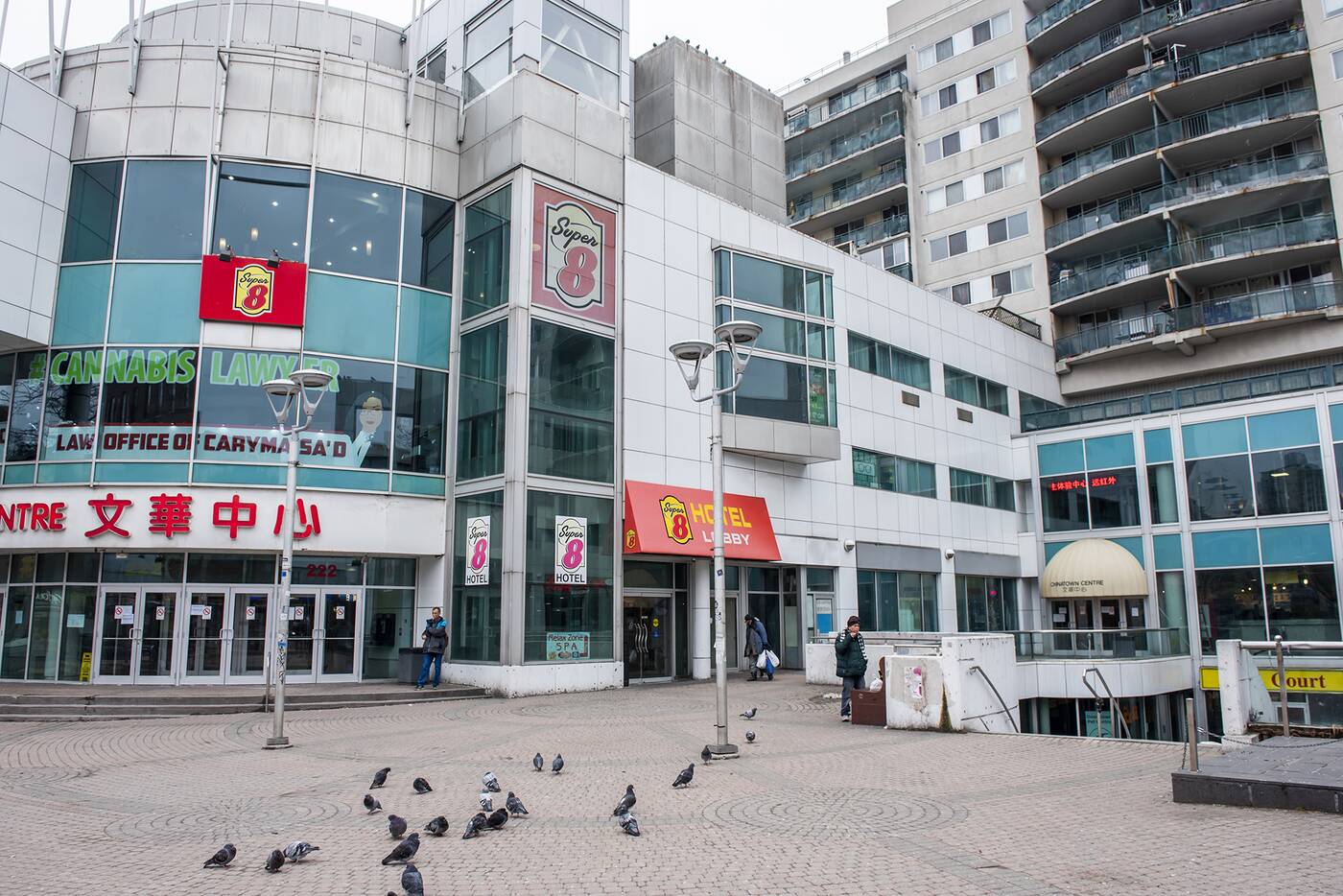 The Super 8 Hotel in Chinatown remains open, though Wyndham Hotels put out a statement warning that some services and amenities may be reduced. 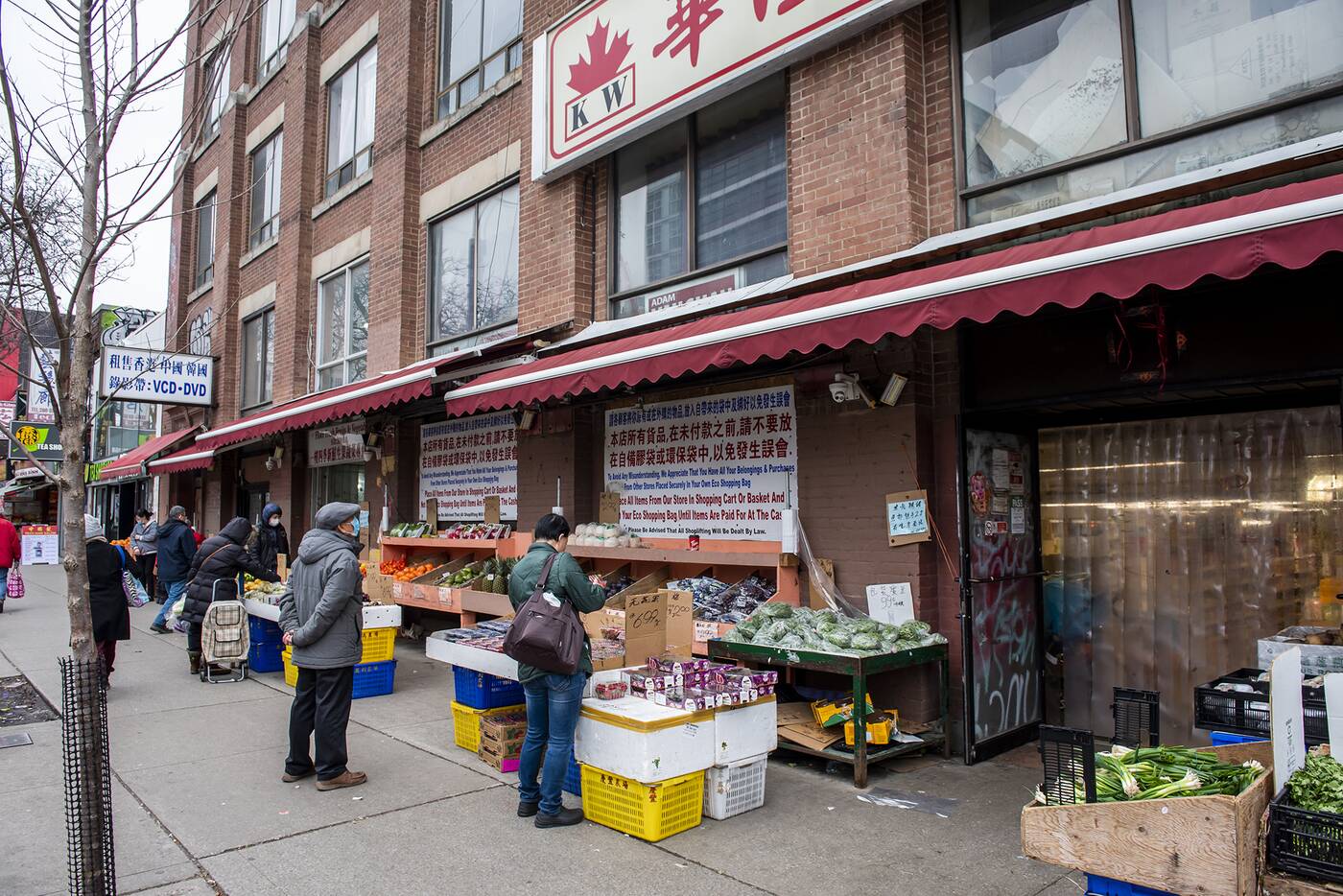 It's especially important to support Chinese businesses and small businesses in Chinatown right now, as the community is facing an unfair amount of racism associated with COVID-19.