Moonbean Cafe is currently open but their offerings and services may be affected due to the pandemic. Please contact the business directly for more information about any changes. Is this your business? Please contact us if you would like to update this message.

Moonbean Cafe has been a beacon of caffeinated hope in Kensington Market for 18 years, and while it's changed with the times, owner Alan Erdstein has always kept coffee as the root of his cause.

New espresso bars like Cafe Pamenar and Jimmy's Coffee have been popping up in the hood in recent years, and as the treasured area's landscape changes, I thought I'd check with a coffee shop that helped establish the neighbourhood's character in the first place. 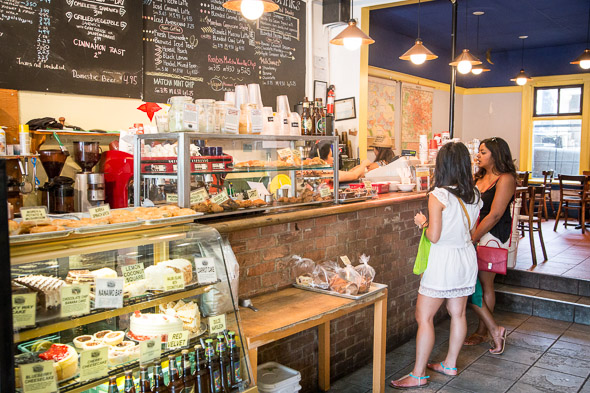 "We opened during the rougher times of Kensington Market , before it was trendy," Erdstein tells me late one afternoon, sitting in the cafĂŠ's sunny front window. He opened Moonbean's doors during a time that was tough economically, and because of that, the cafe was one of the first new businesses to come to the market in a while. 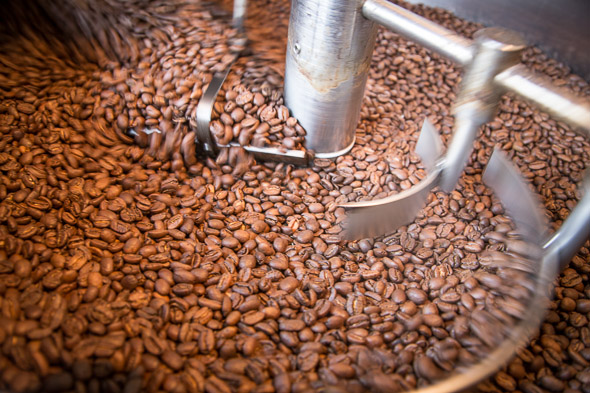 Moonbean's focus has always been on roasting and brewing its own coffee, all of which is fair-trade certified. Erdstein stocks an overwhelming number of bean varieties, housed in massive glass jars along the cafe's easternmost wall. As he explains his craft to me, I notice Erdsiten is a thoughtful speaker who chooses his words carefully. I ask if he writes, and he says he "writes his coffee." I get confused, so he shows me the labels on the jars. 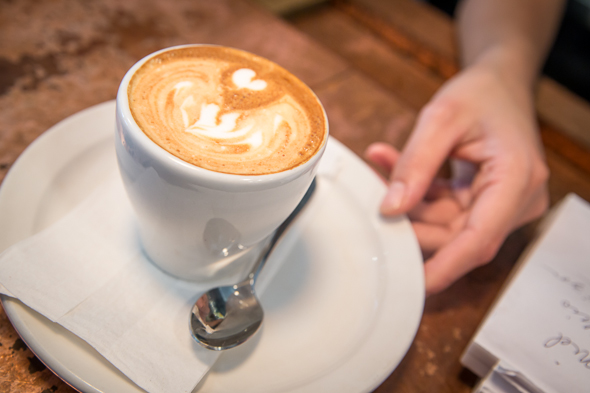 "This coffee differs a bit from other Ethiopians in that it is a dry processed coffee; only 20%-25% are produced this way. With this process, certain flavour profiles are retained within the coffee, and of course the strong blueberry notes are prevalent...The Harrar has an aroma that is magnificent and a heavier body than the washed coffees from Ethiopia generally have. Enjoy all the little nuanced flavours that shine in each cup." Clearly, Erdstein has a tender passion for his craft, and he knows what he's talking about.

"It was a unique thing...roasting coffee that wasn't from a chain," he says. In the '90s, before everything was neatly itemized and searchable online, it was much more difficult to start up an independent business. Back then, people found out about Moonbean through word of mouth. 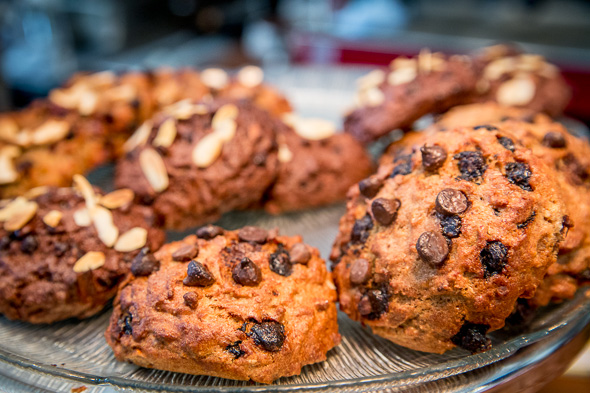 To be fair, that's how I found out about Moonbean. When I moved to the city, people I met who were born and raised in Toronto, and specifically near the market, would suggest it as a spot to study or meet to catch up. I say so to Erdstein, and he seems fairly pleased. It's still very much a neighbourhood institution, though the kinds of characters who frequent the shop have changed.

Erdstein says, for example, that people who lived in Kensington and visited the cafe as students tend to come back when they're older to grab beans for their French press. That aside, though, another major change is the sheer number of people around who seem to have become coffee aficionados. (Largely due, of course, to the fact that researching different varieties has become so much easier). 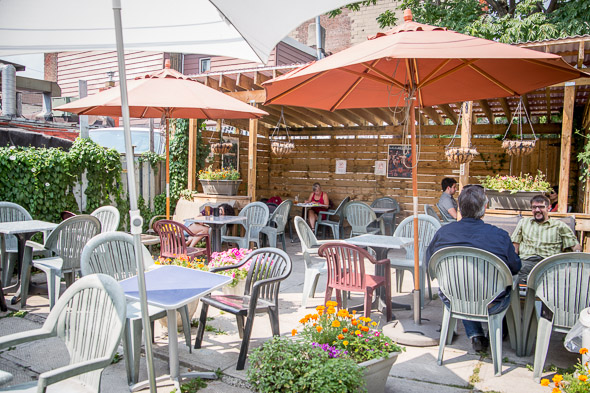 Moonbean has expanded over the years in order to welcome the growing number of clientele. In the early days, there was no patio, and no back room. Erdstein added those about five years after opening, and now the cafe seats about 100 people, including the space available on the patio. 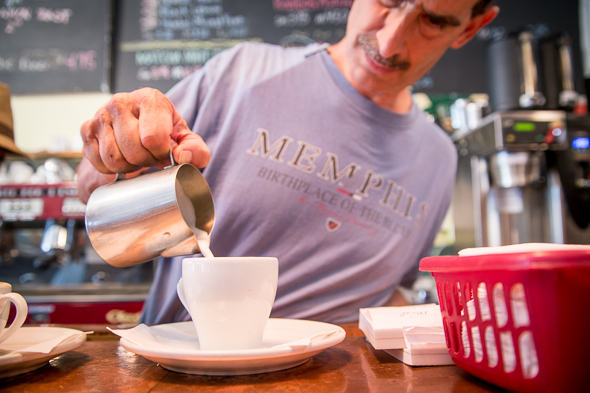 As we chat, I sip a cappuccino made by Erdstein himself. It is perfectly frothy, perfectly sized, and includes just the amount of kick Goldilocks would be stoked about. Aside from the typical espresso-based beverages, though, Moonbean also has the capacity to make four different kinds of matcha latte, and Erdstein casually whips up his own chai, using about 10 different spices. It takes about 12 hours to cook.

Though Erdstein has remained committed to his craft for almost 20 years, he's open to new espresso spots trying their hand at living in the market.

"They're trendy, but they can do whatever they need to do," he says. Whatever happens, Moonbean has roots in the market, and the hood just wouldn't be the same without it. 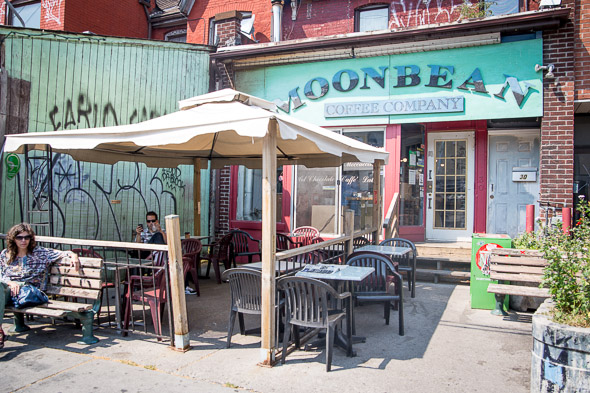