Dipped Donuts is Toronto’s source for scratch-made donuts hand-dipped in glazes and toppings made from locally sourced ingredients.

Nothing more than a takeout window, the rest of the space allocated to donut production, the only seating is a tiny table with two seats outside. 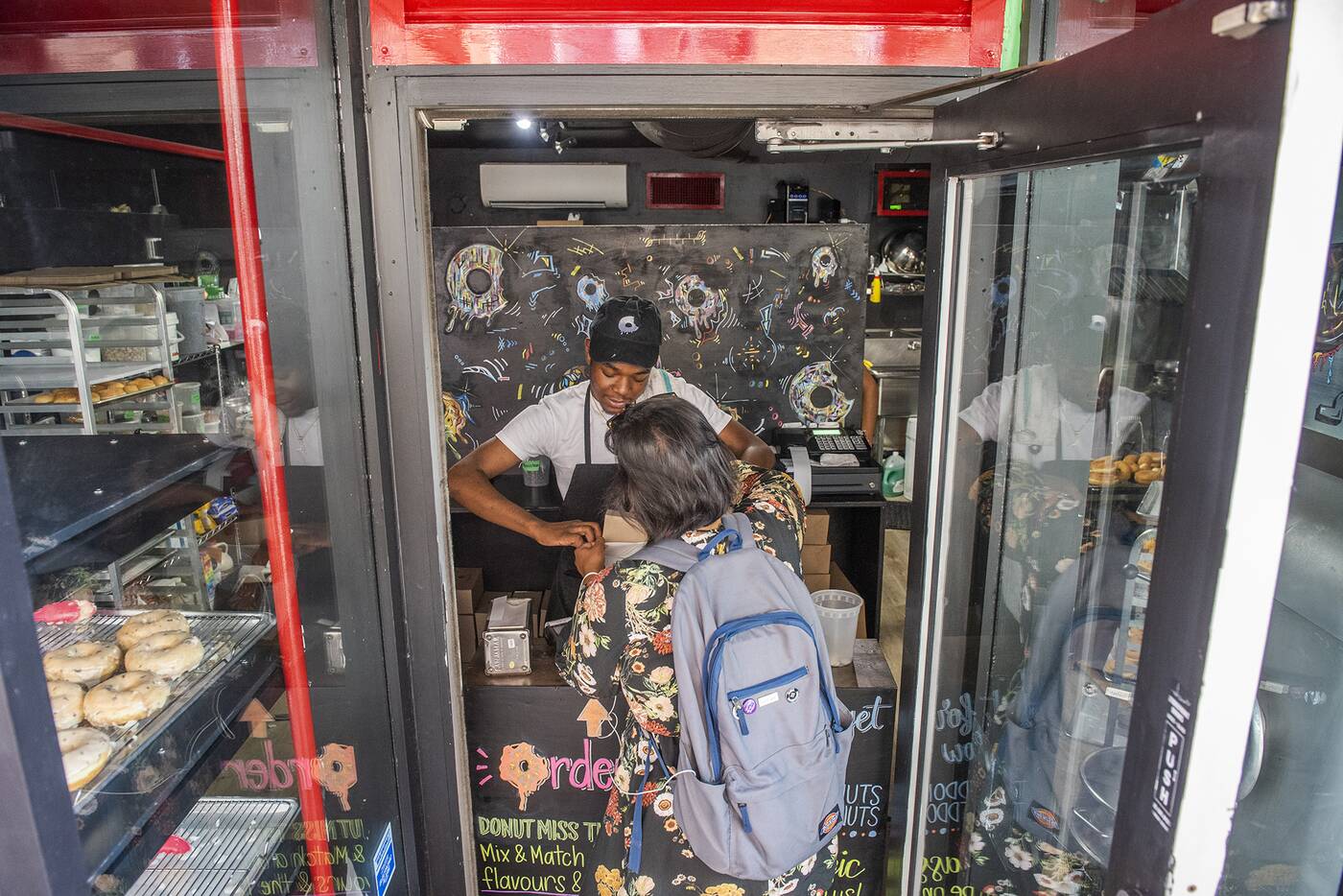 There’s a serious aesthetic going on here, though, the dripping donut logo prominent on the storefront window, through which you can see a giant mixer nicknamed Dr. Dre. 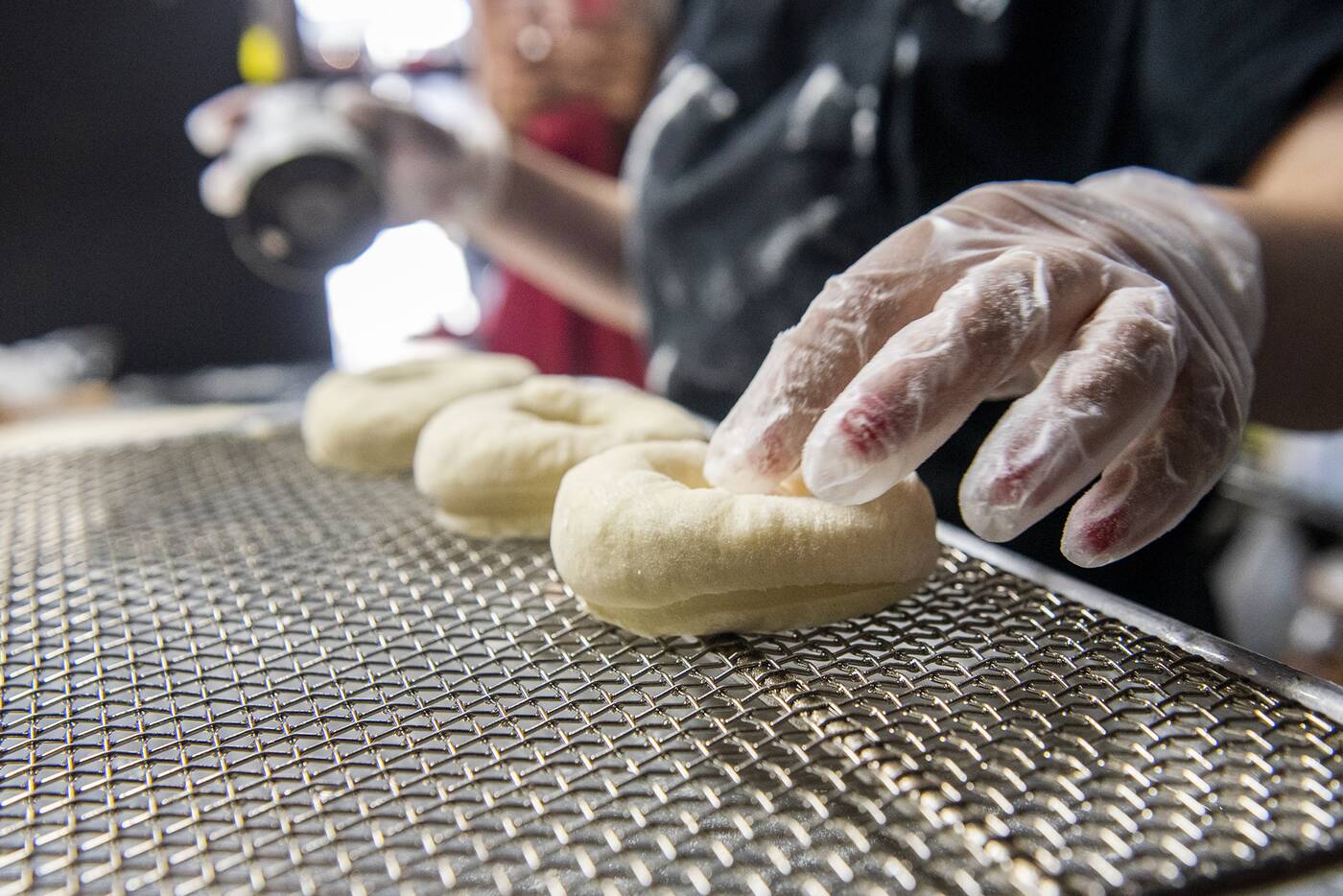 Out of about 12 varieties of “classic” donuts ($3), about six are usually available at a time, with around three options for smaller filled donut hole “bombs,” but they’re constantly coming up with new ideas (say, hiding an entire Ferrero Rocher in a donut bomb). 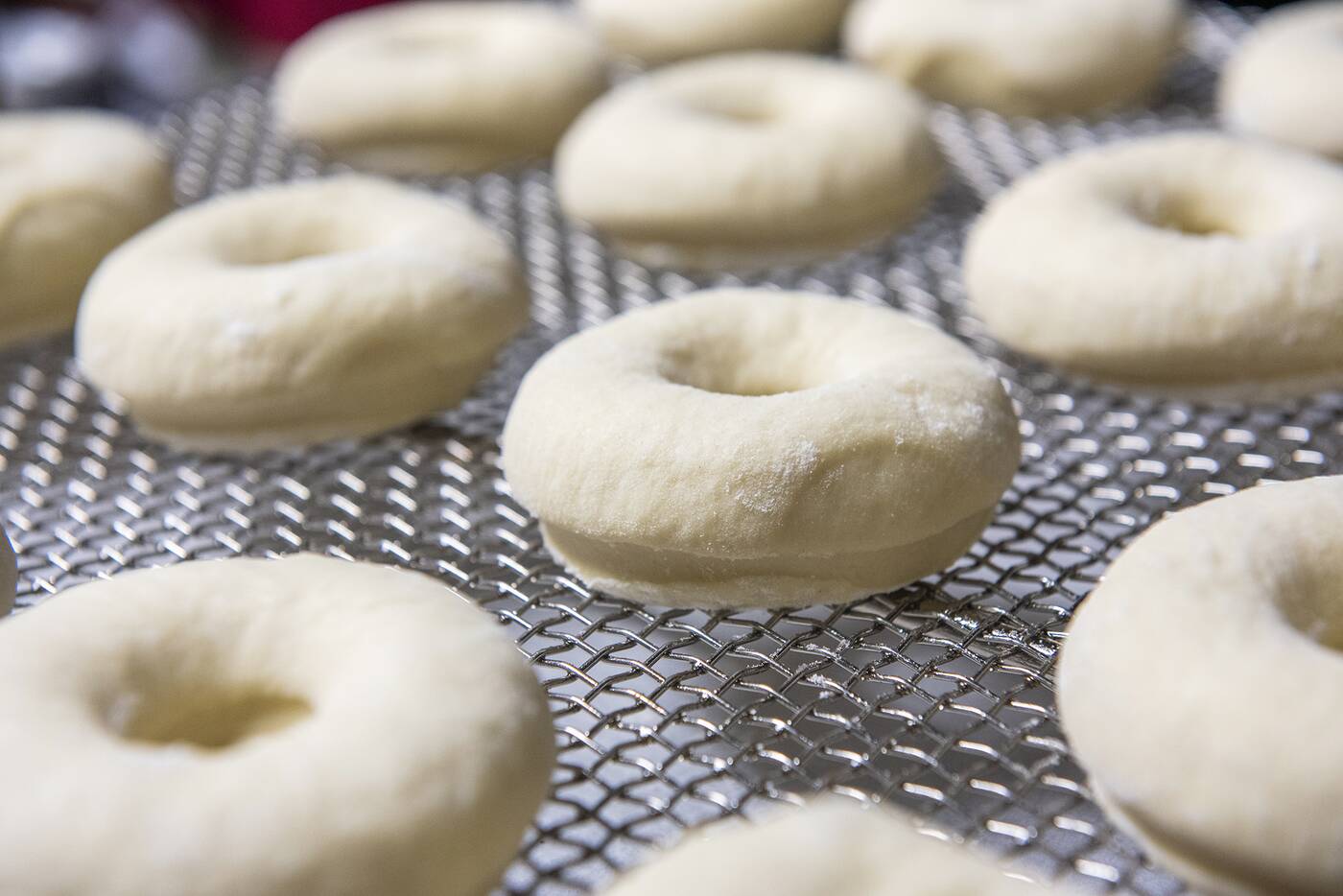 These are yeast donuts, airy, fluffy, and spongy, the lighter-than-air structure instantly collapsing as soon as you sink your teeth in. 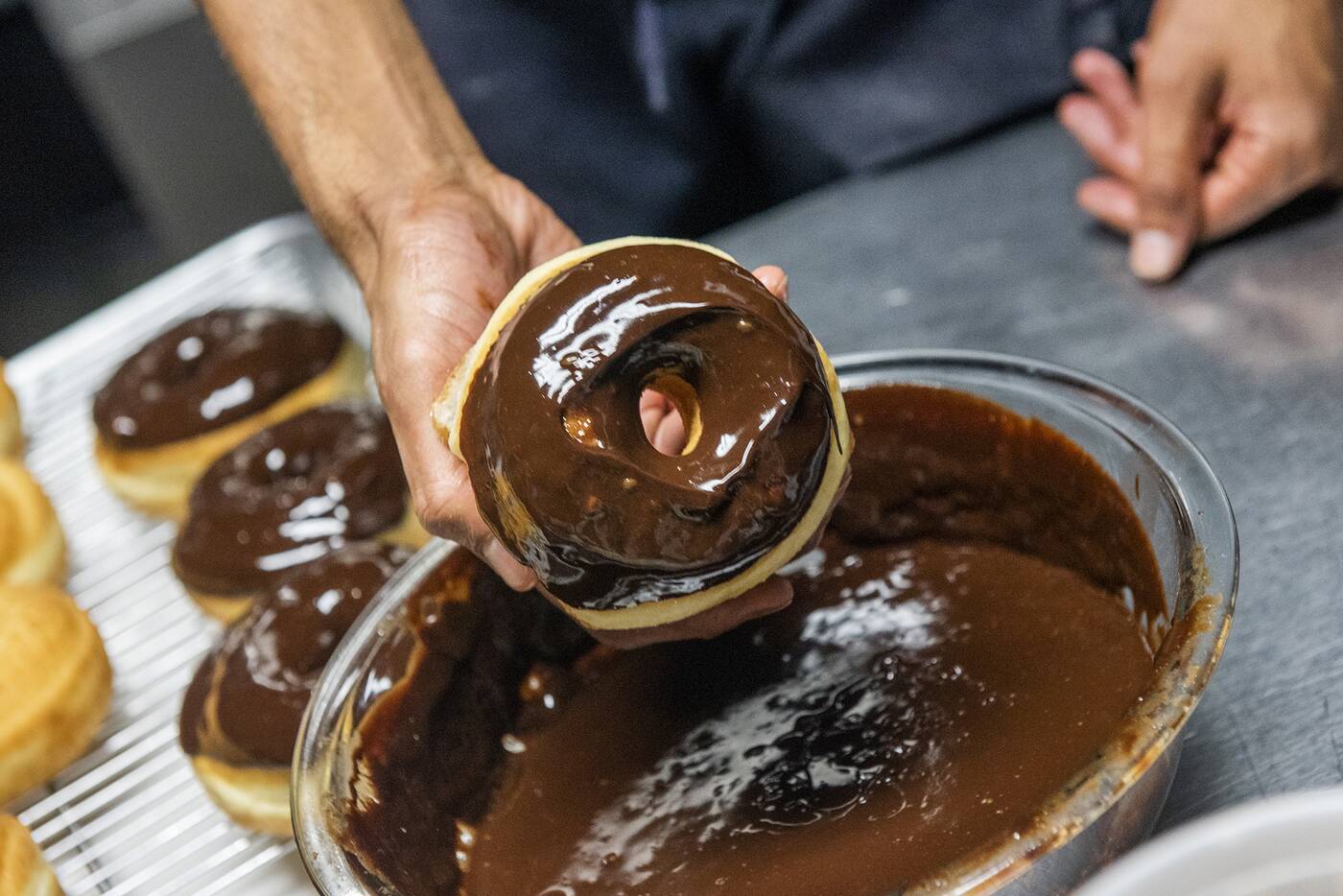 Proofing time varies but the dough usually takes around 20 minutes to rise, meaning you’re going to be waiting a bit for a fresh batch of your favourite donut if they’ve just run out. 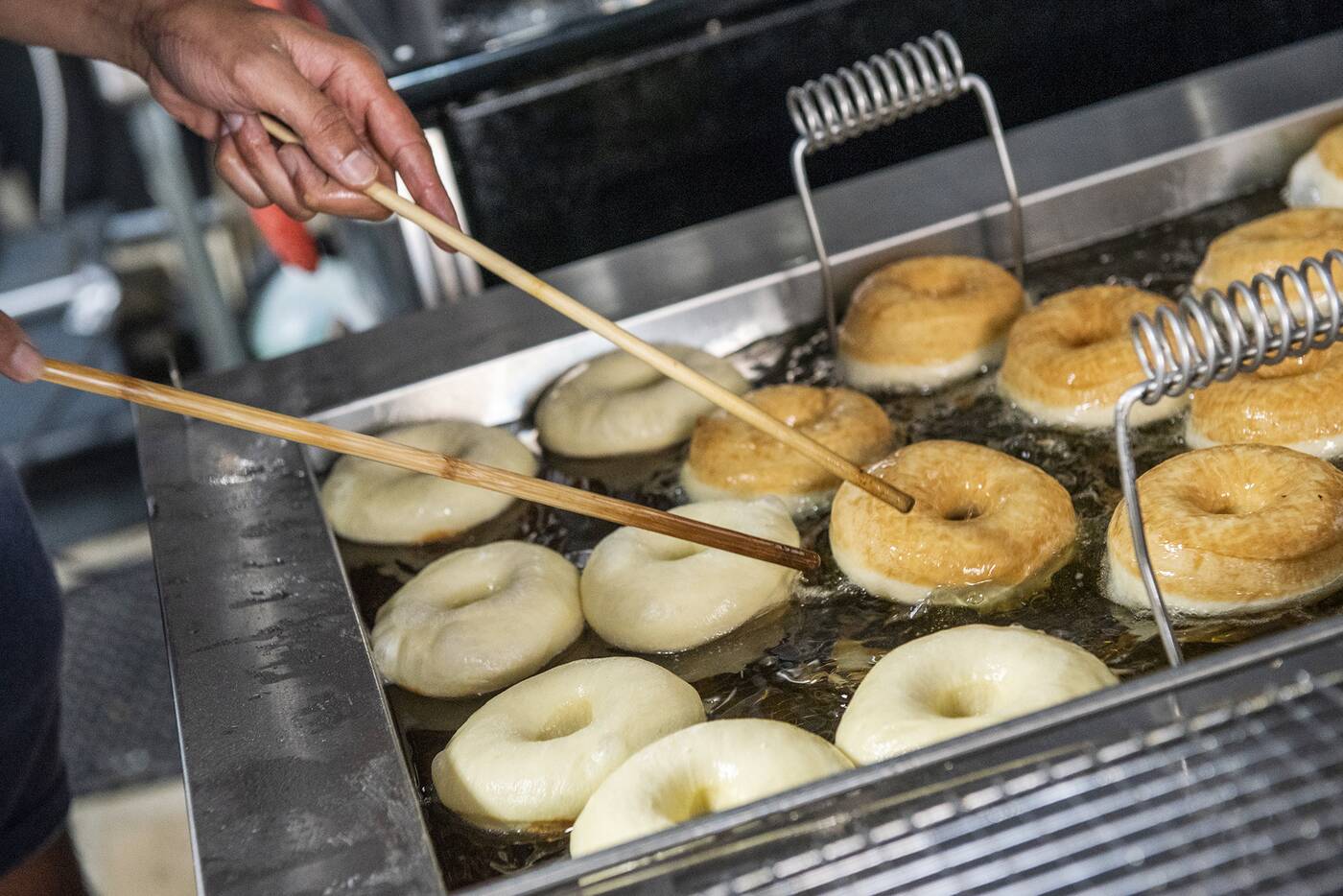 Frying in vegetable oil in a special donut fryer, however, takes just minutes. A screen drops all the donuts in at once so they’re consistently cooked, wooden rods used for manual flipping. 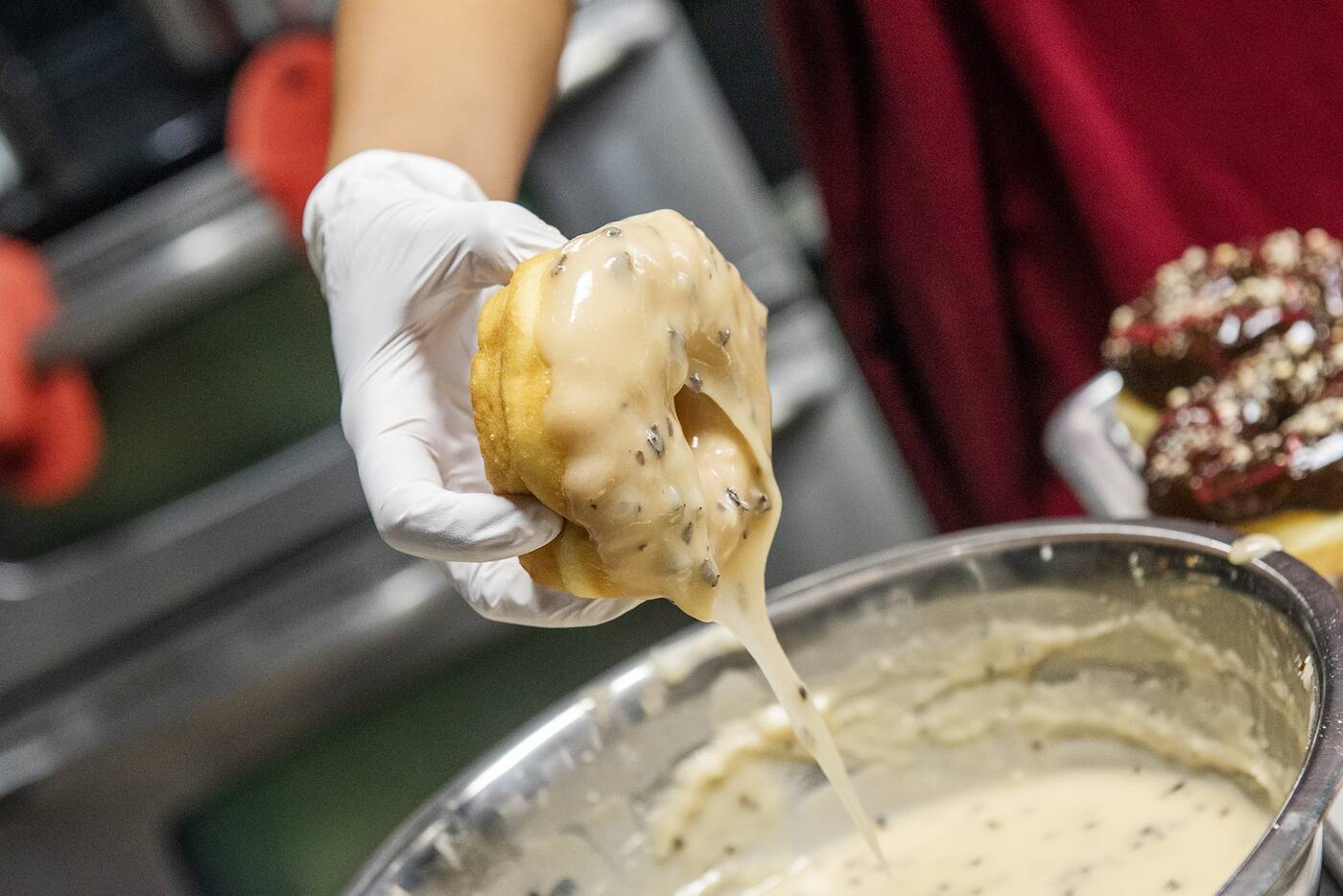 Fresh donuts are then dipped into glazes made from ingredients sourced right here in Kensington Market. 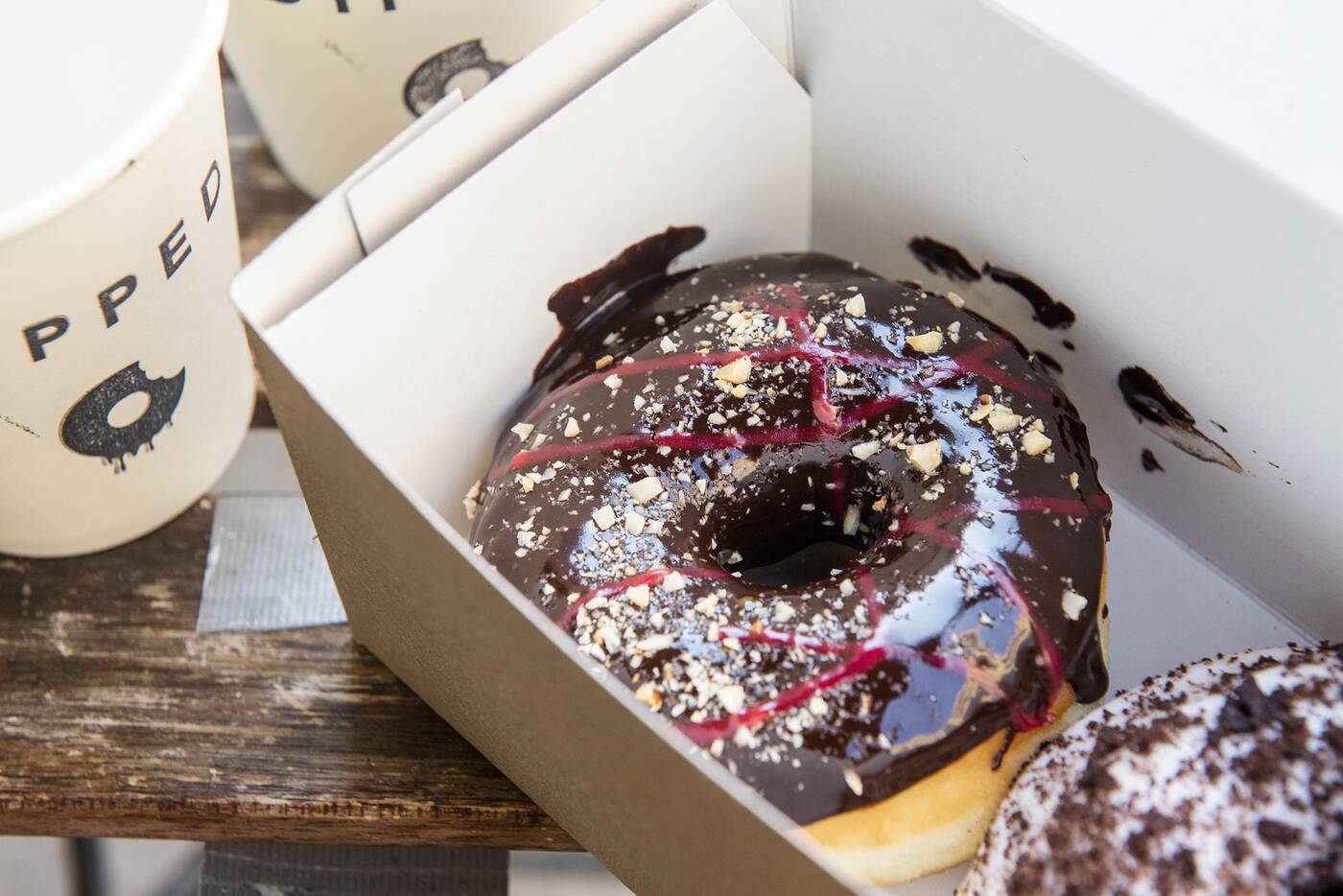 Nutty Chocolate Berry donuts ($3) are glazed with dark chocolate, topped with an organize raspberry drizzle and hand-chopped toasted hazelnuts, giving off the flavour profile of an elegant dessert though the warm, chocolatey donut is appropriately messy. 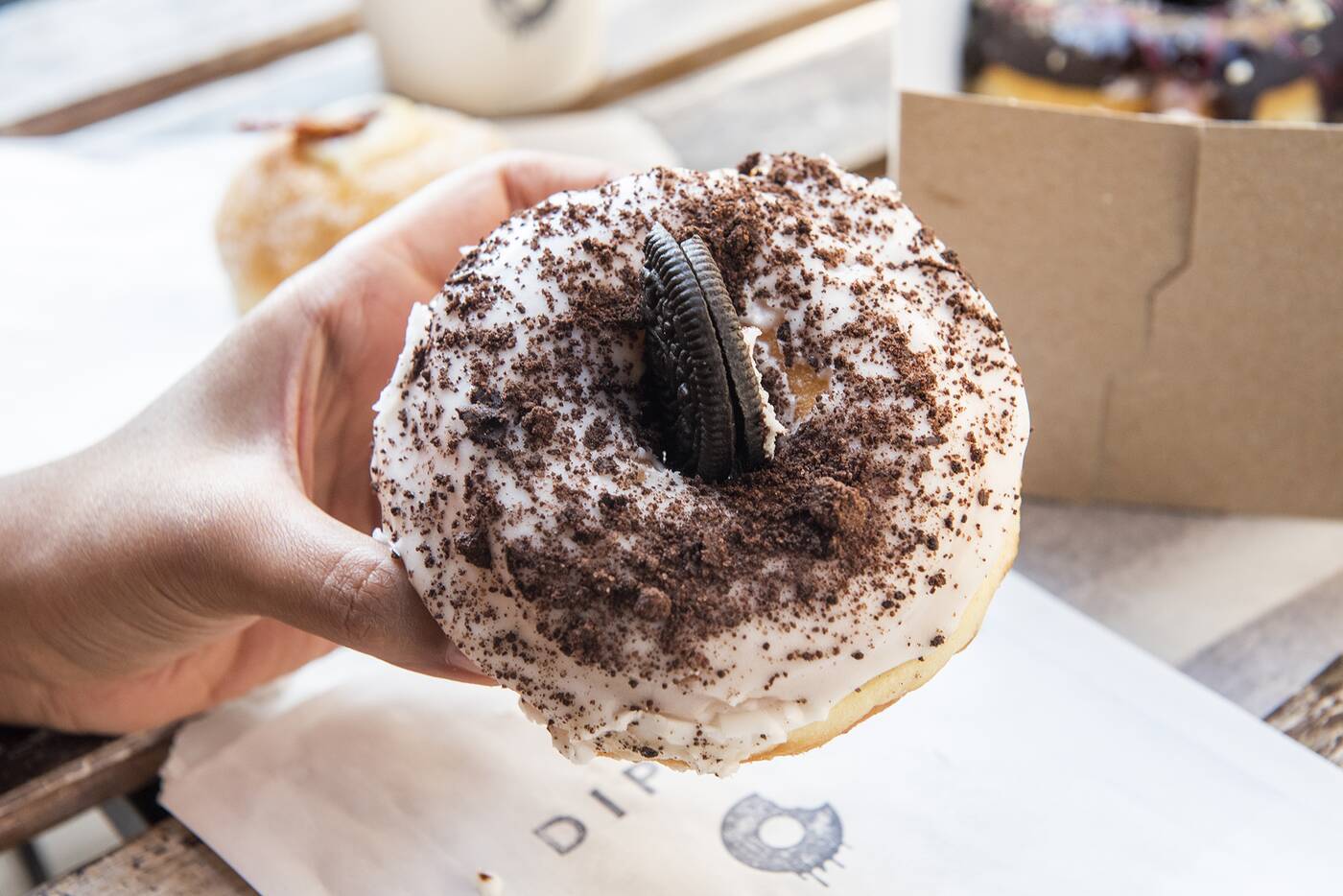 Cookies n’ Cream donuts have a rich cream cheese glaze topped with crushed Oreo cookie crumbs and half an Oreo. 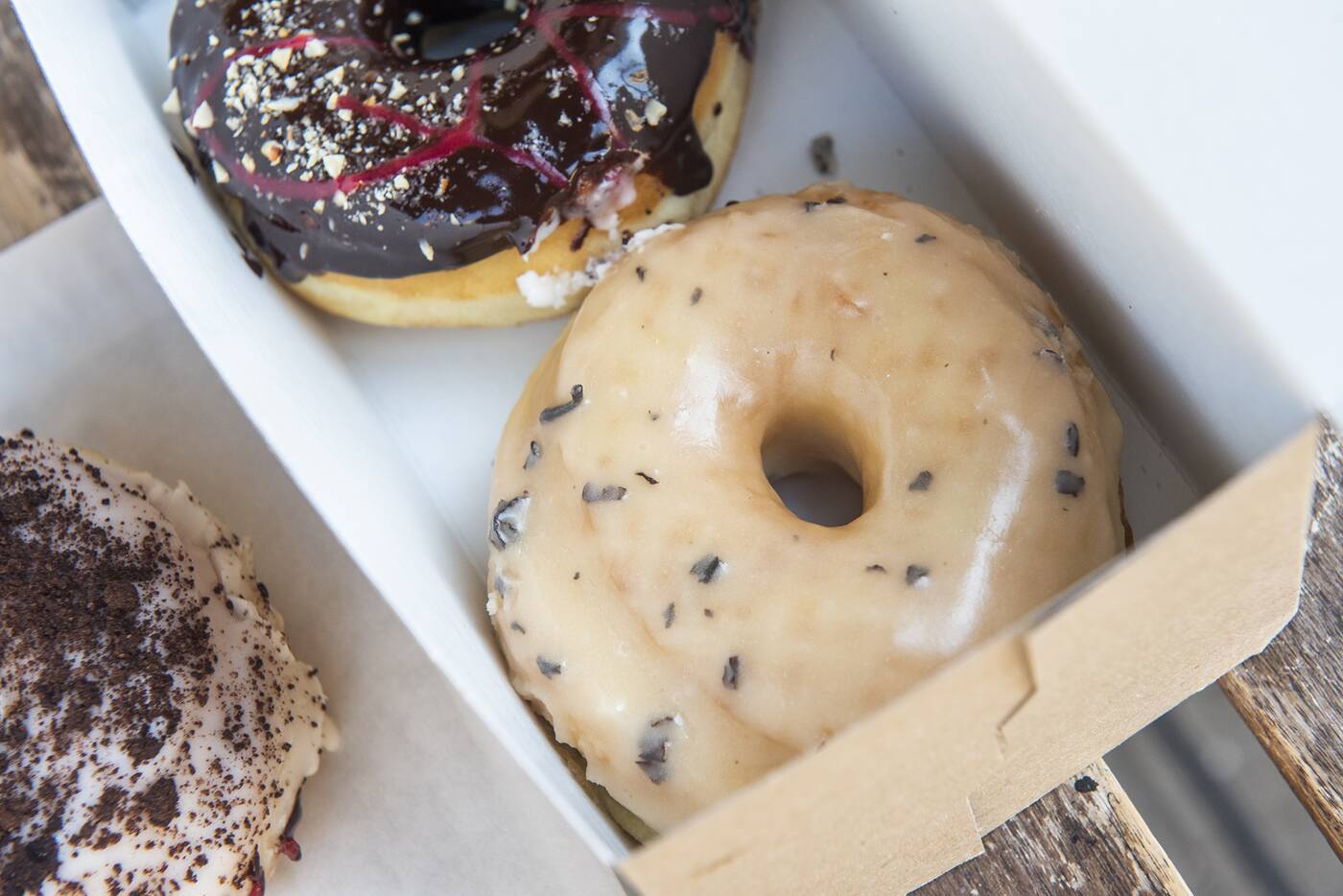 The glaze for London Fog donuts is made with organic Earl Grey tea from nearby cafe Moonbean. With a little vanilla for a sweet, almost milk flavour, this donut is fragrant and darn near sophisticated. 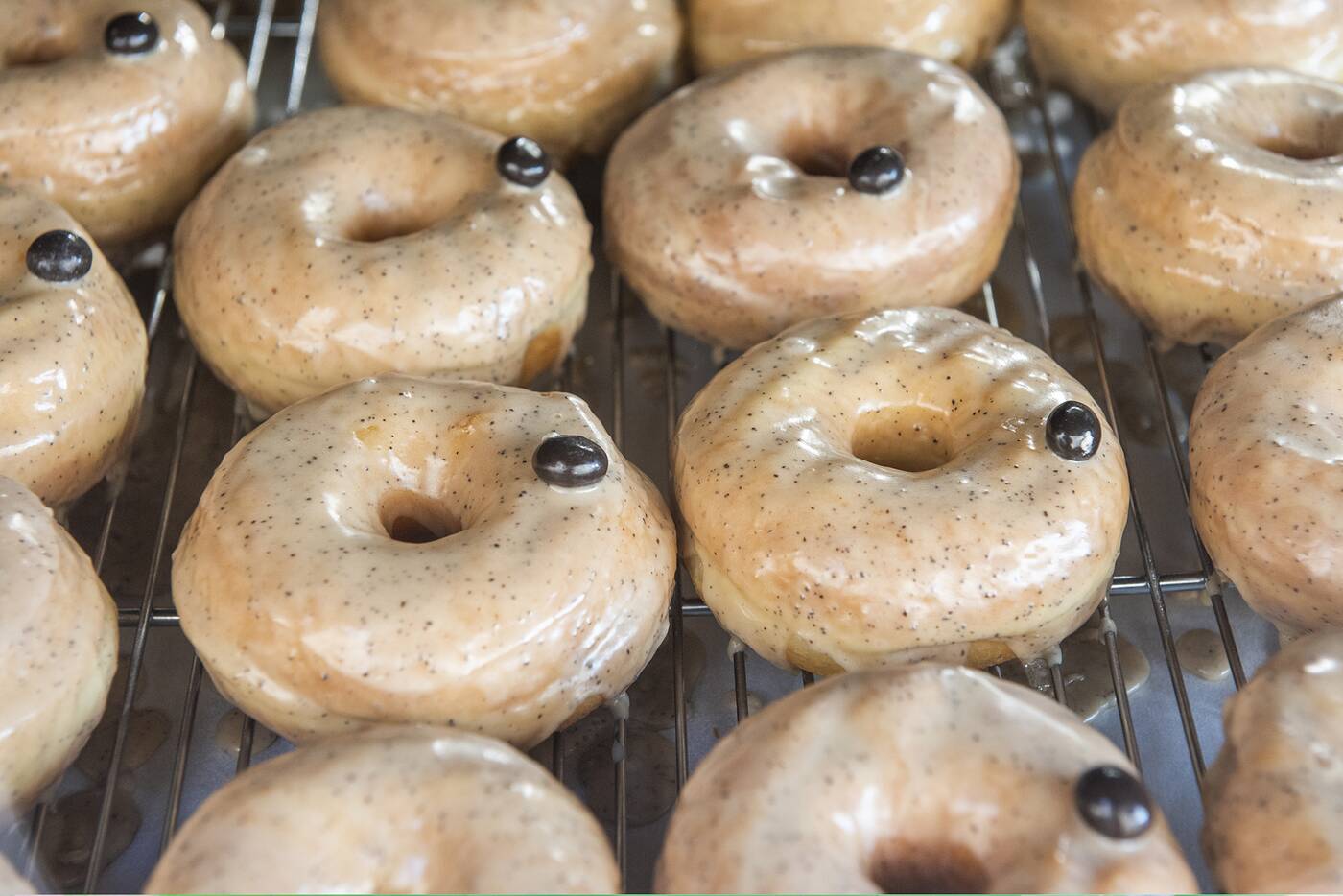 Moonbean coffee is also used for the glaze on Viet Coffee donuts, cutely topped with a dark chocolate espresso bean. 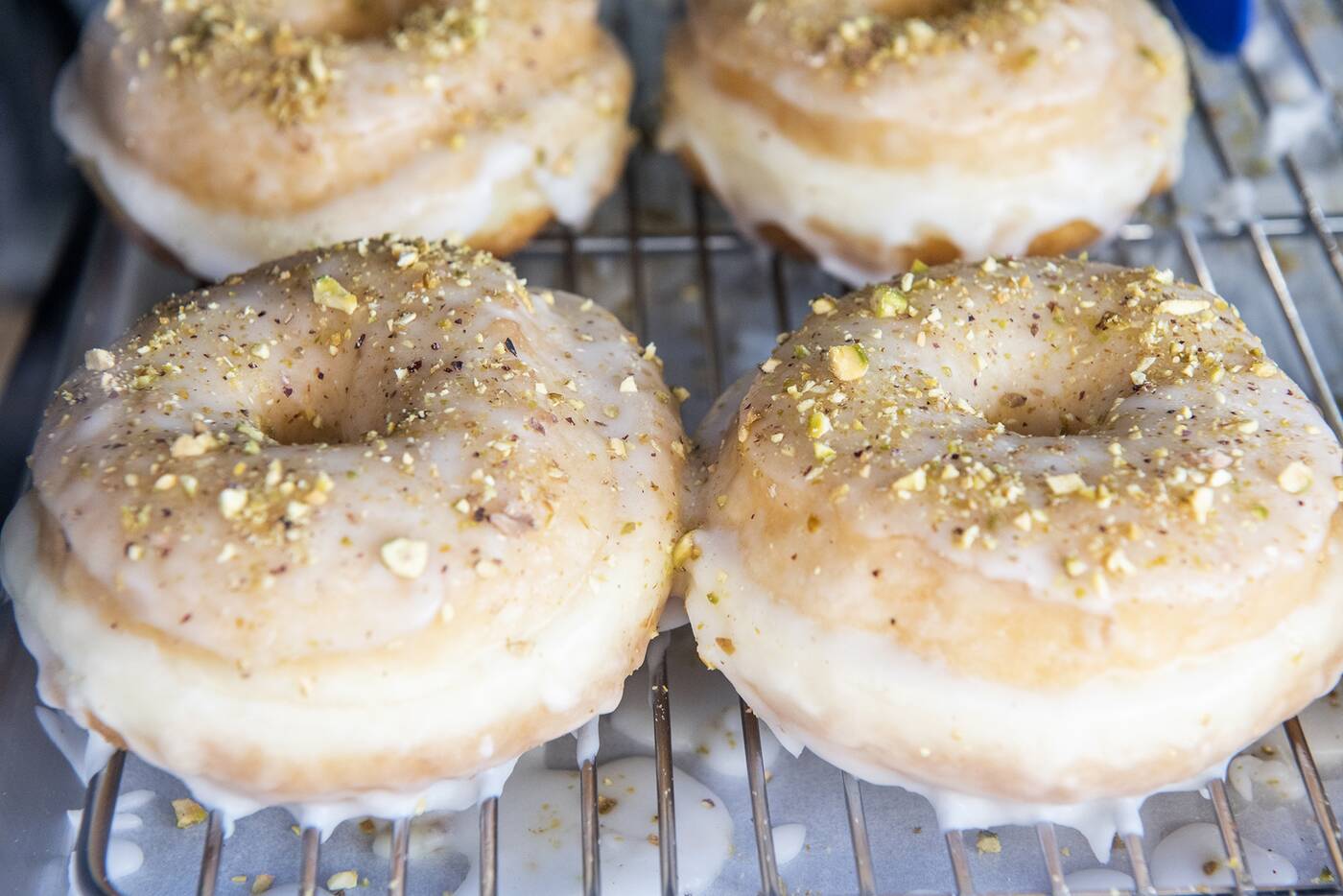 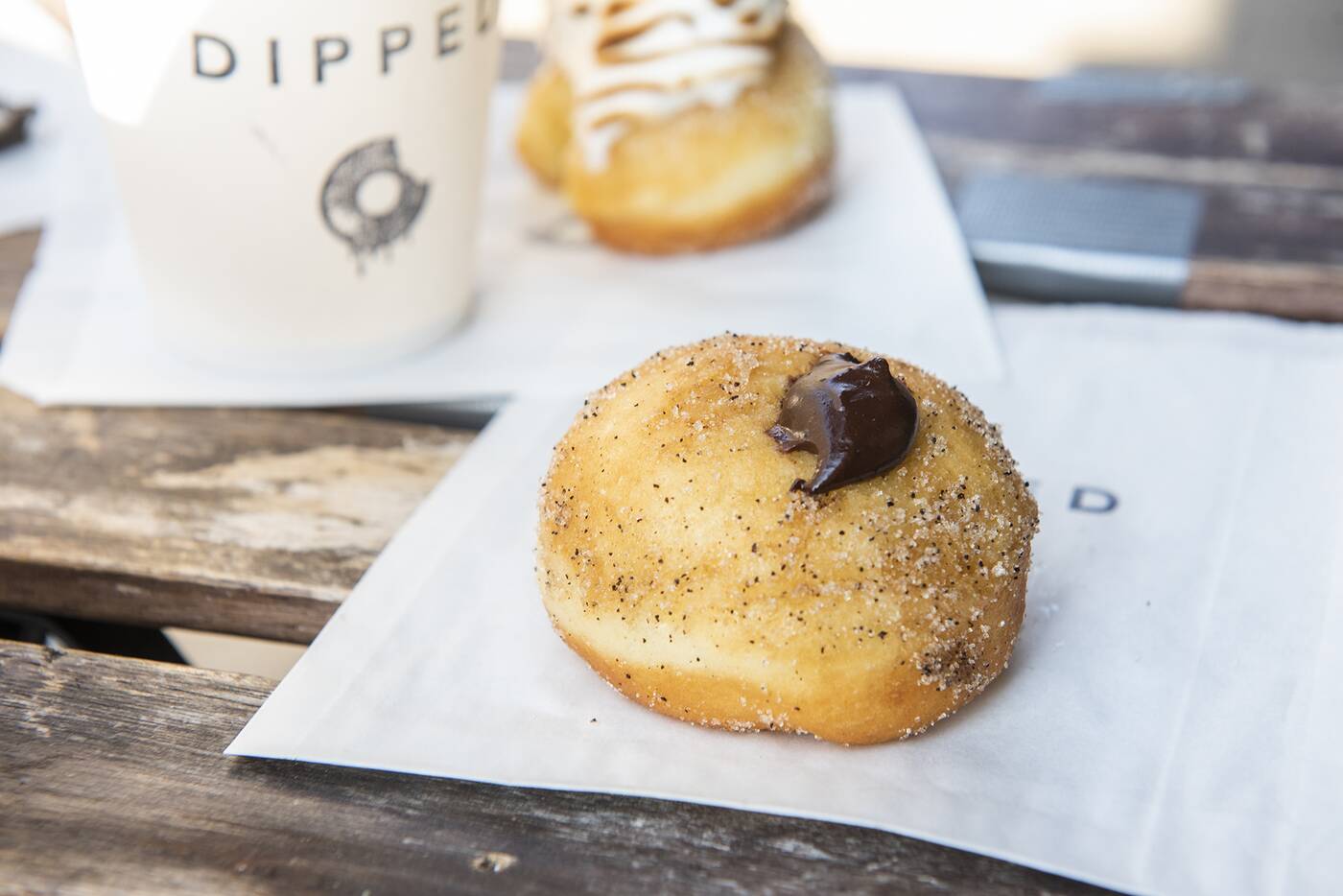 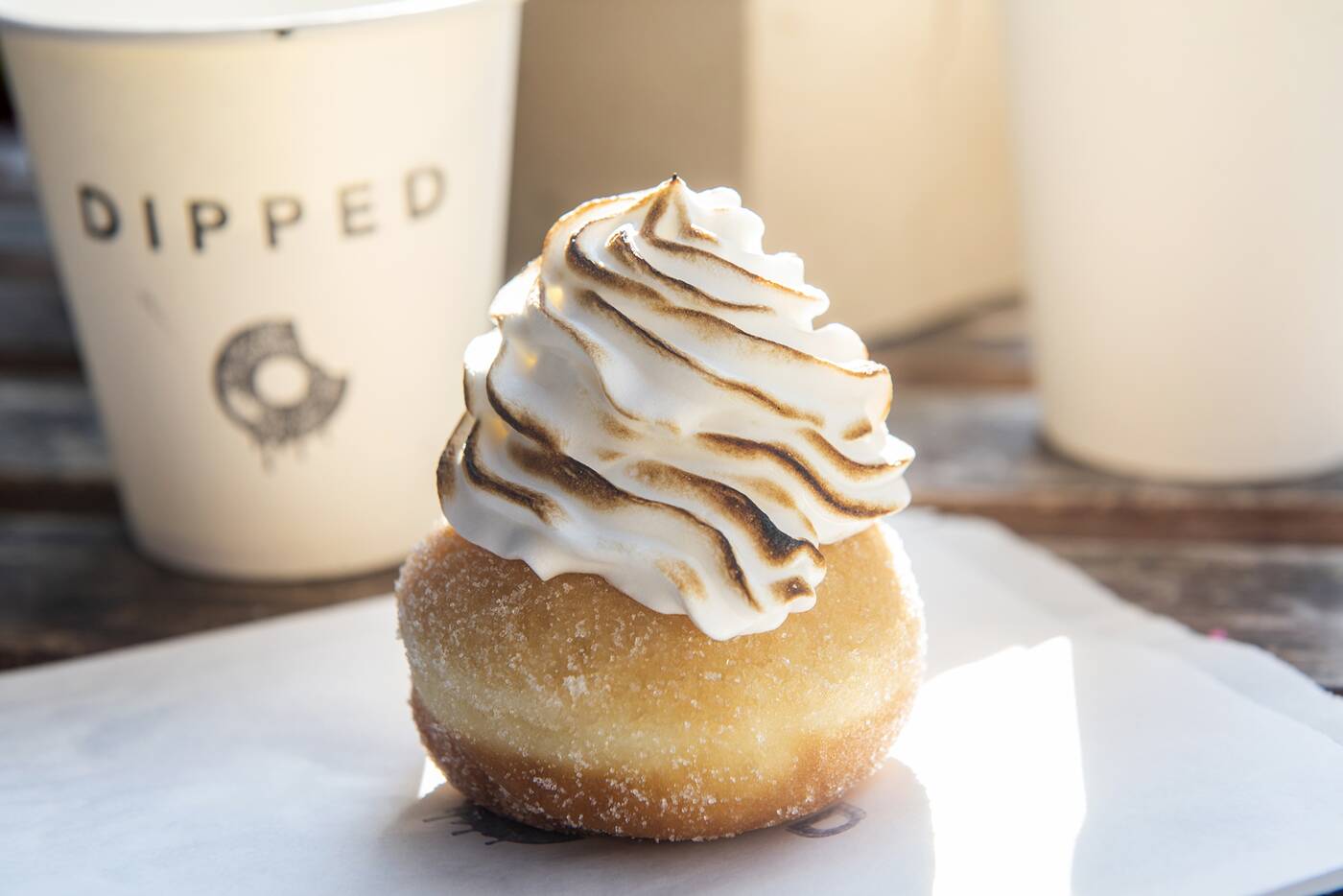 A Lemon Meringue donut bomb is $3, and I presume the extra 50 cents goes toward the miniature mountain of soft bruleed meringue on top. 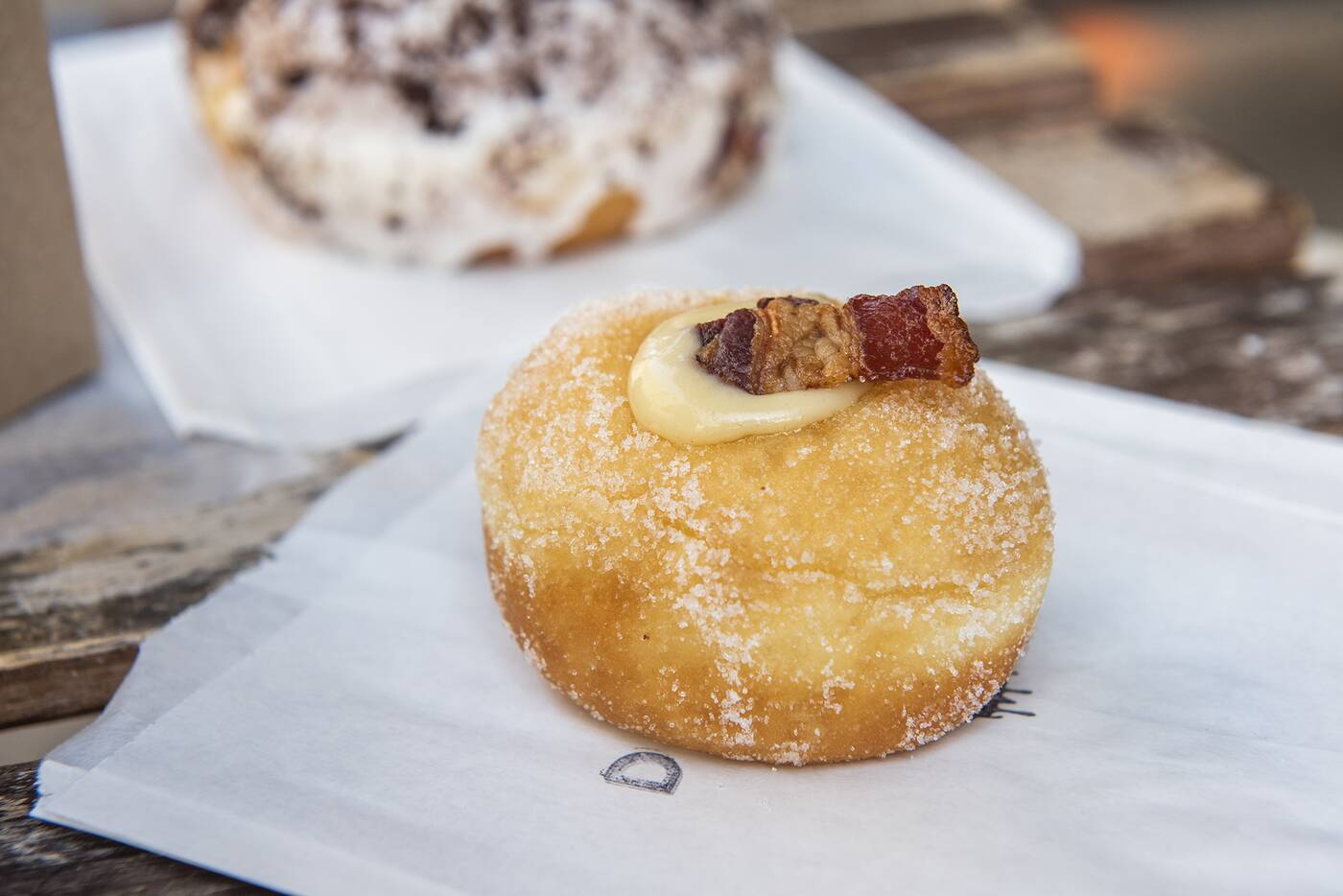 A Maple Bacon bomb ($2.50) is the piece de resistance, the airy donut hole filled with sweet maple pastry cream that harmonizes almost sinfully with smoked bacon from Sanagan’s across the street. 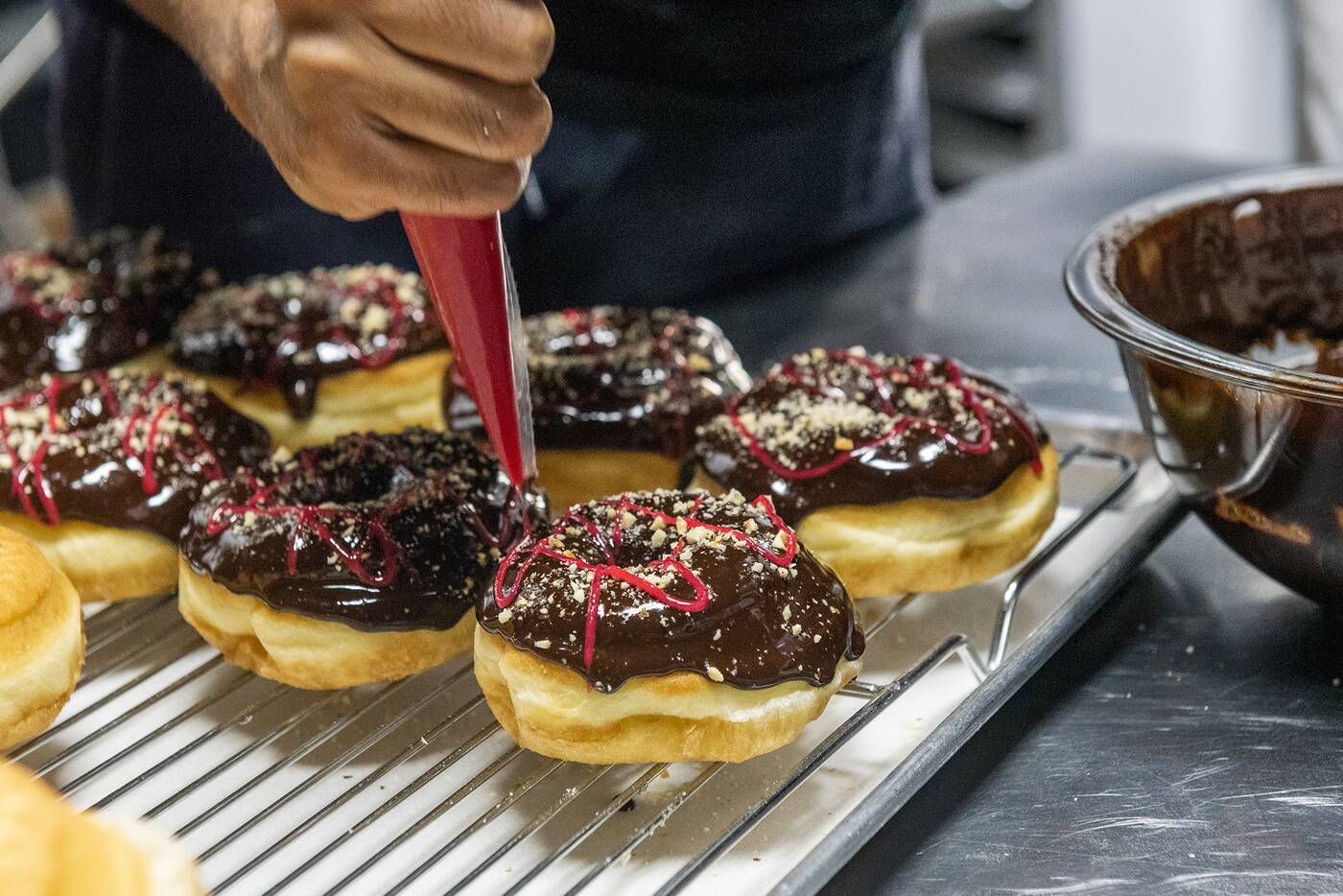 The donuts here don’t rely on gimmicks or outrageous toppings to get their point across; just quality flavours. 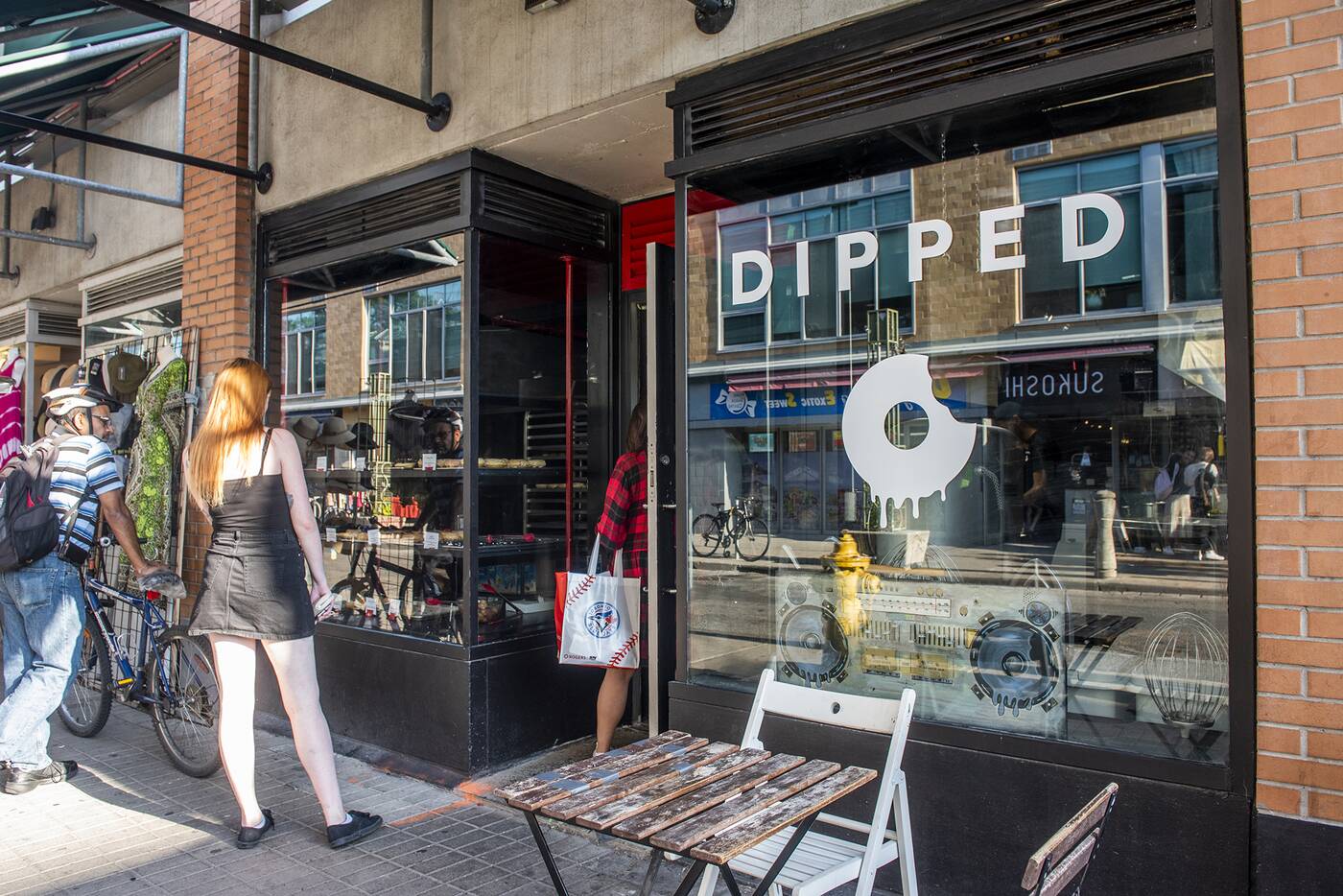 The Best New Bakeries in Toronto for 2018