The Rolling Pin is one of Toronto’s most charming and well-known bakeries. They’re best recognized for their over-the-top donuts, which once won the Donut Showdown.

The mark of one of these donuts is fluffy, puffy, sweet dough, topped with extravagant toppings. 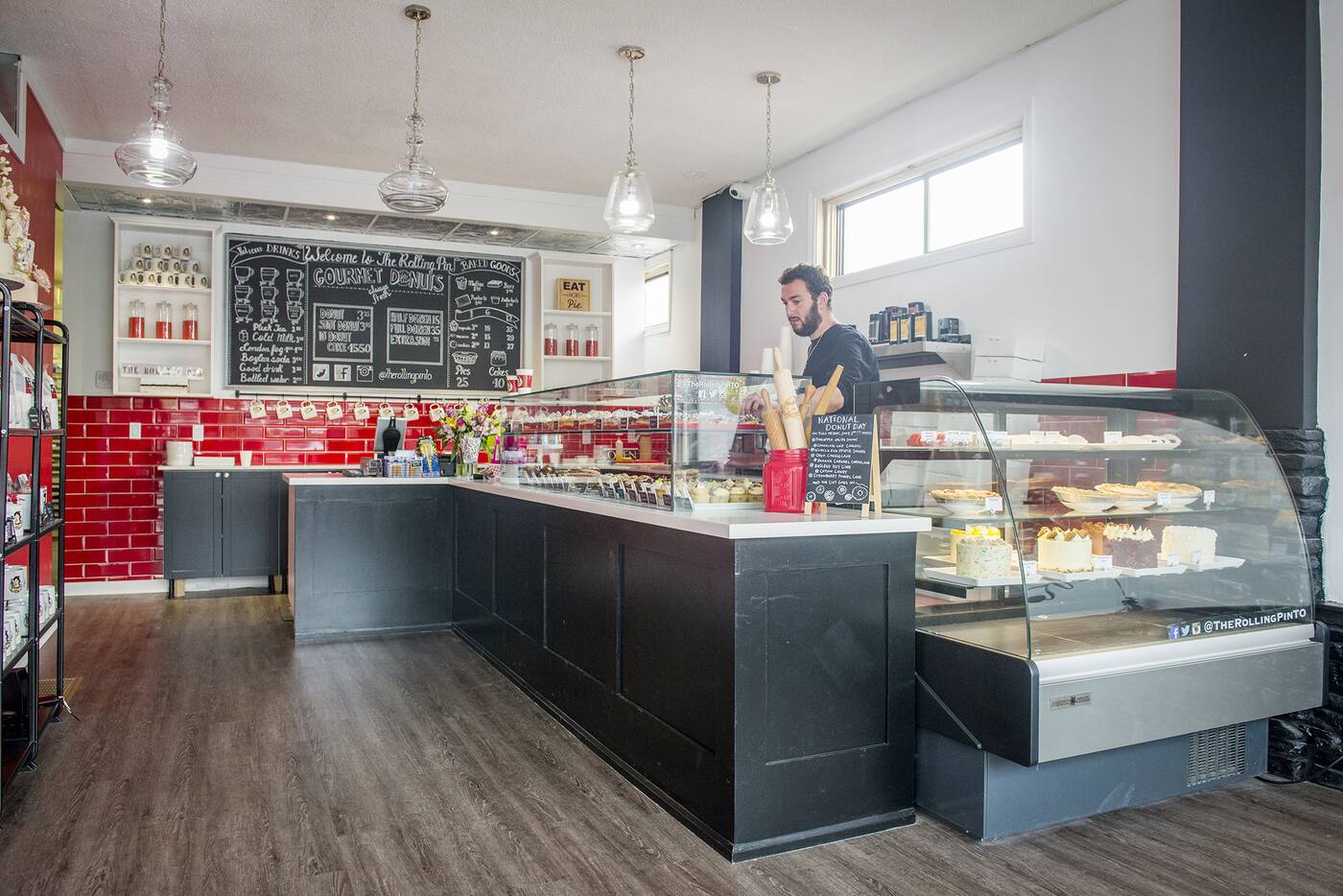 They once were in a smaller, one-storey space on Yonge, but now they have a huge upstairs seating area above their main storefront covered in fun donut detailing.

At the back of the second storey there’s also a baking area where they run cake classes so you too can decorate your baked creations wildly and whimsically. 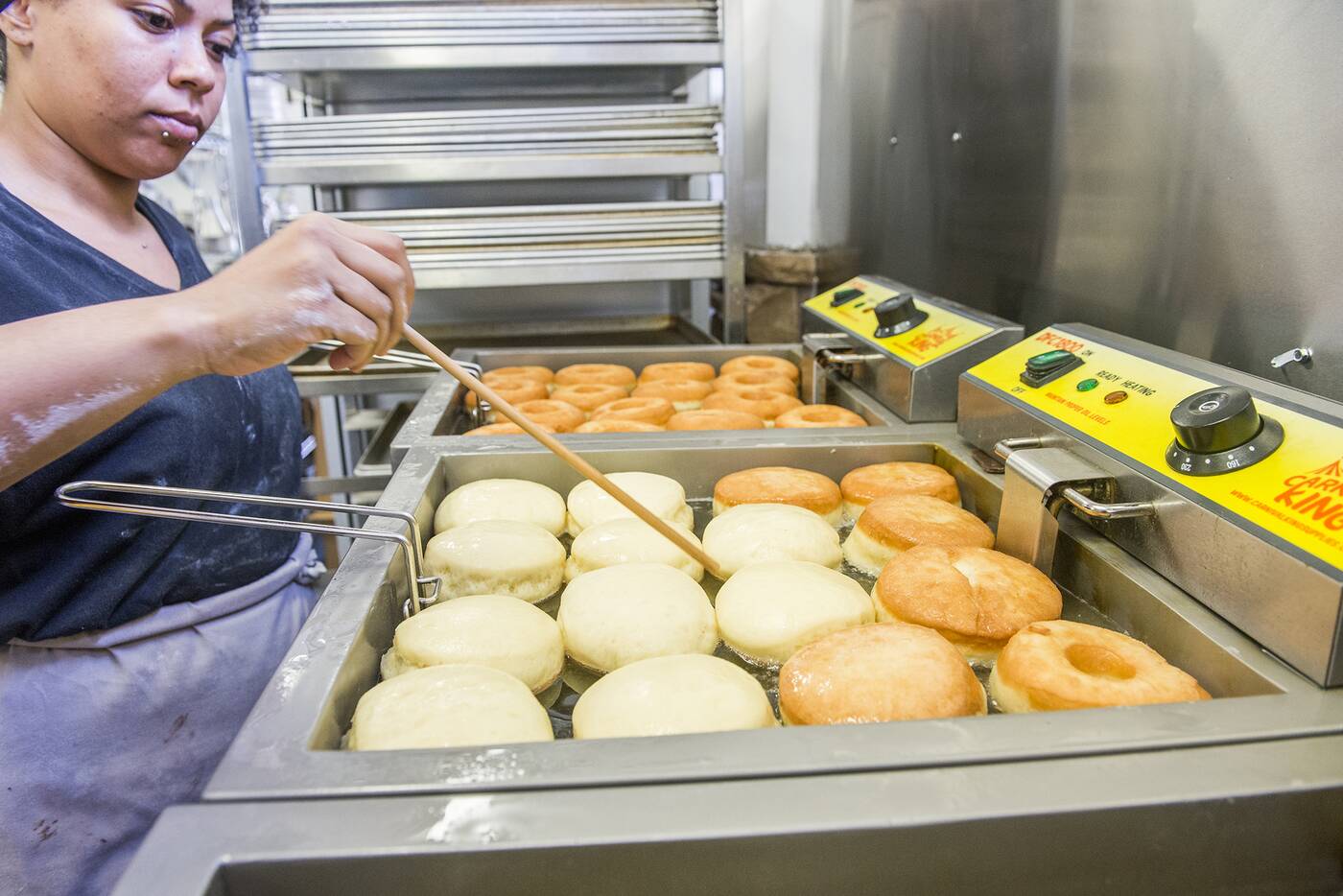 There are always different flavours on rotation, changing all the time. 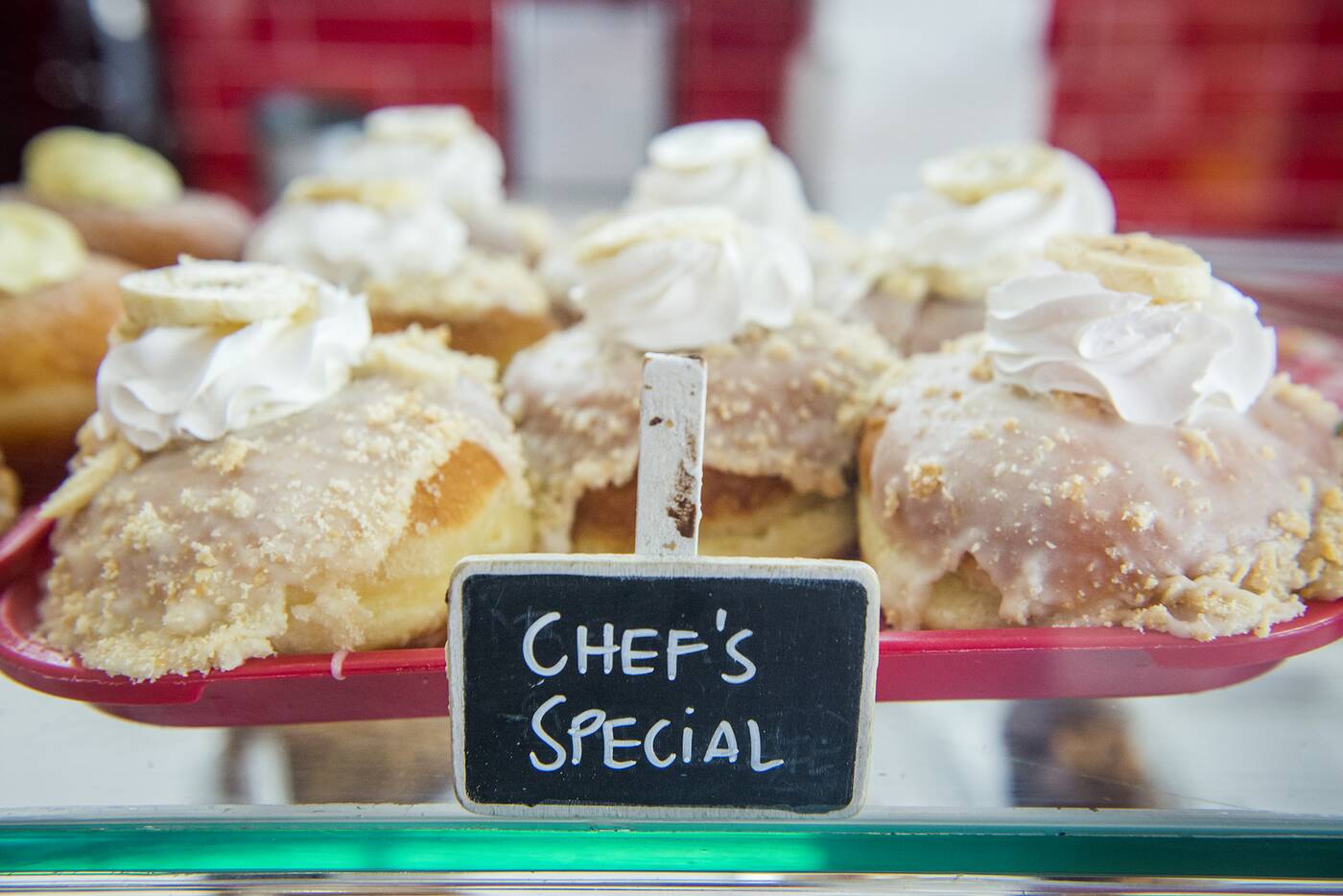 They’re only as limited as their imaginations, and that’s not much when it comes to items like banana-cream-pie-inspired chef’s specials. They’re $3.25 each, $18 for a half dozen and $35 for a full dozen. 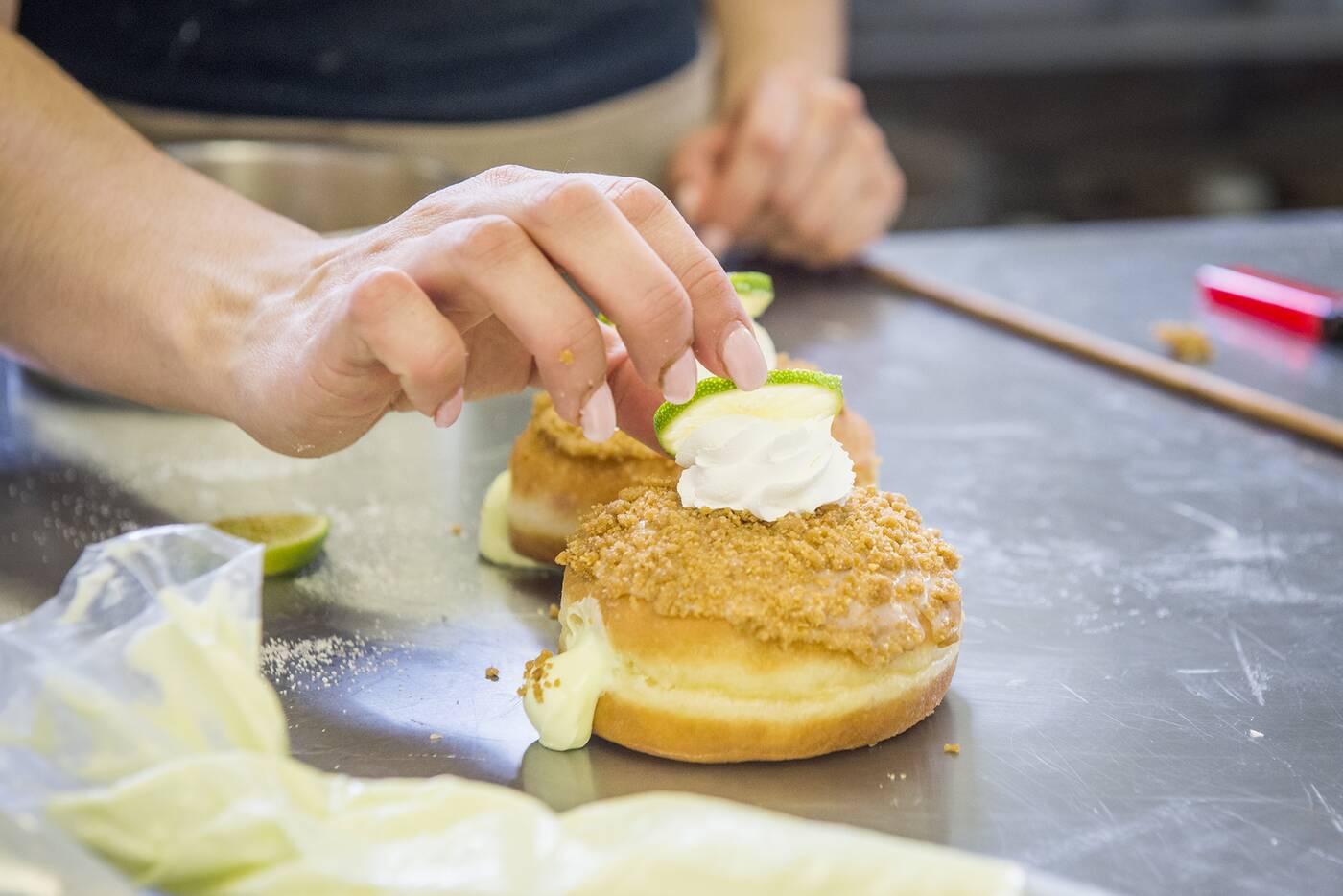 When I ask Vanessa Baudanza, who co-owns the operation with Isabelle Loiacono, how they come up with their ideas, she says it’s a mixture of thinking in the car, shower, and late at night. 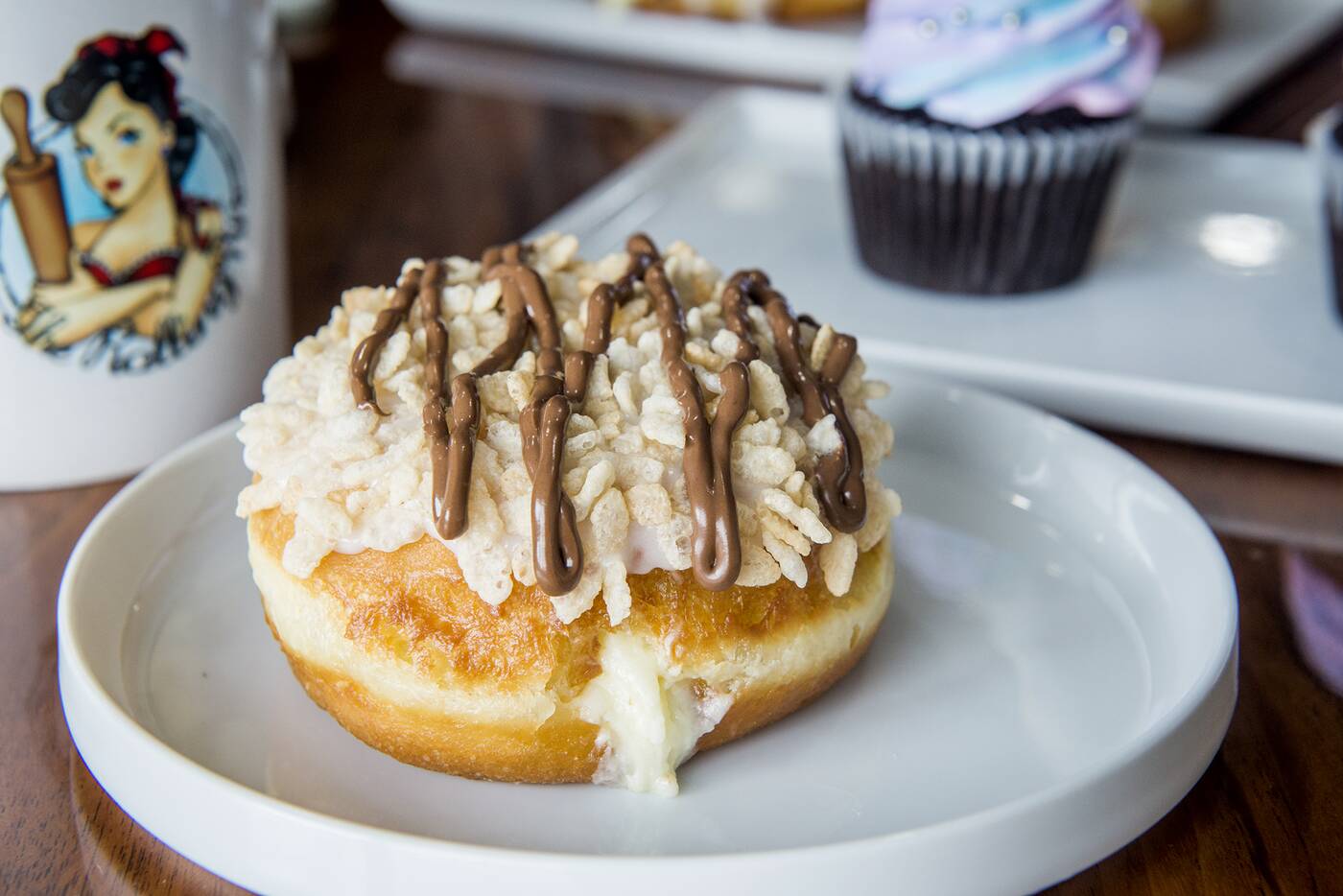 The last method was how they came up with a marshmallow Fluff filled donut topped with Rice Krispies and Nutella. 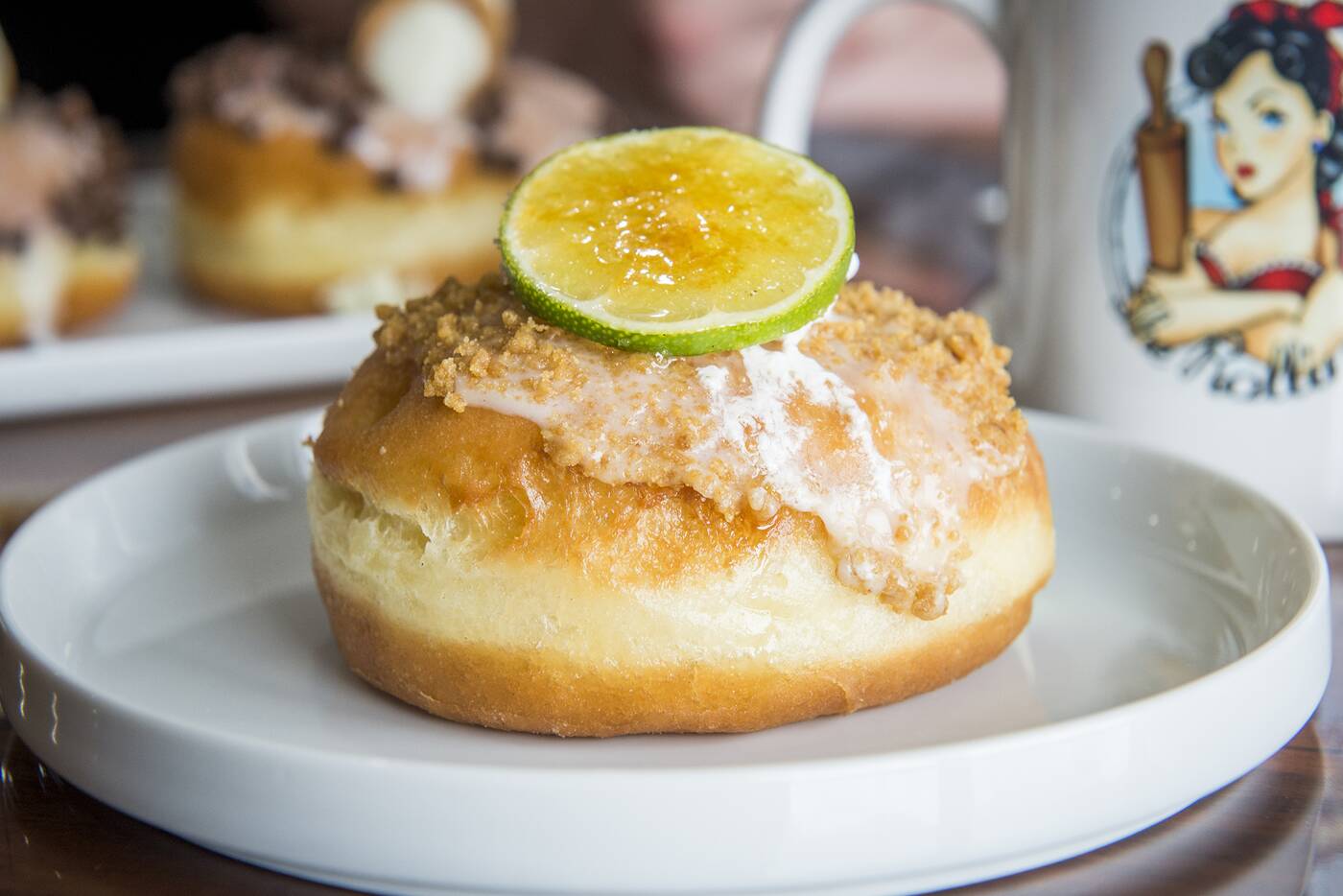 A key lime pie donut was also a recent creation. 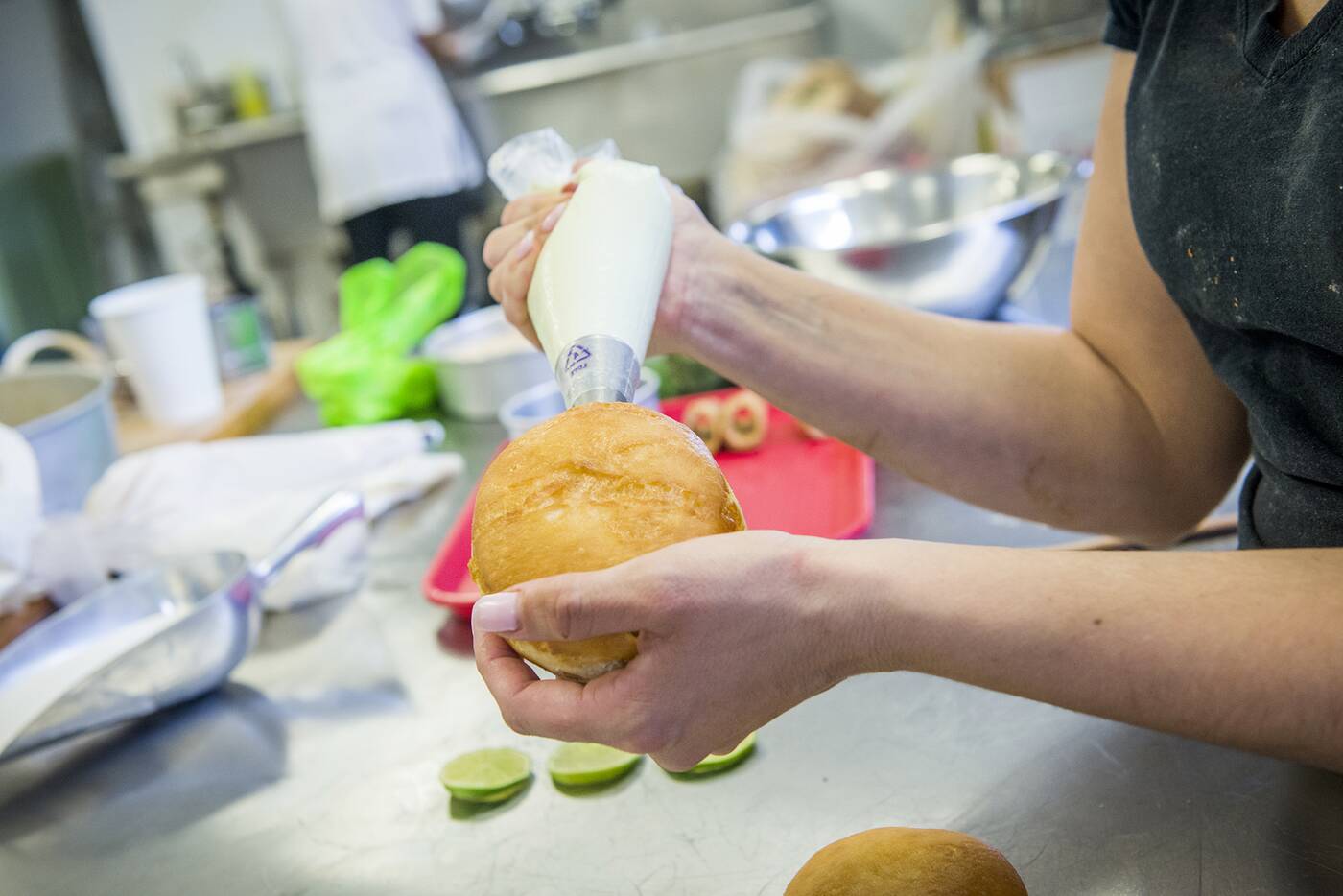 Like the Rice Krispies donut, it’s topped with plain glaze, and then enhanced with graham crumble and a bruleed lime wheel, and it’s filled with key lime curd. 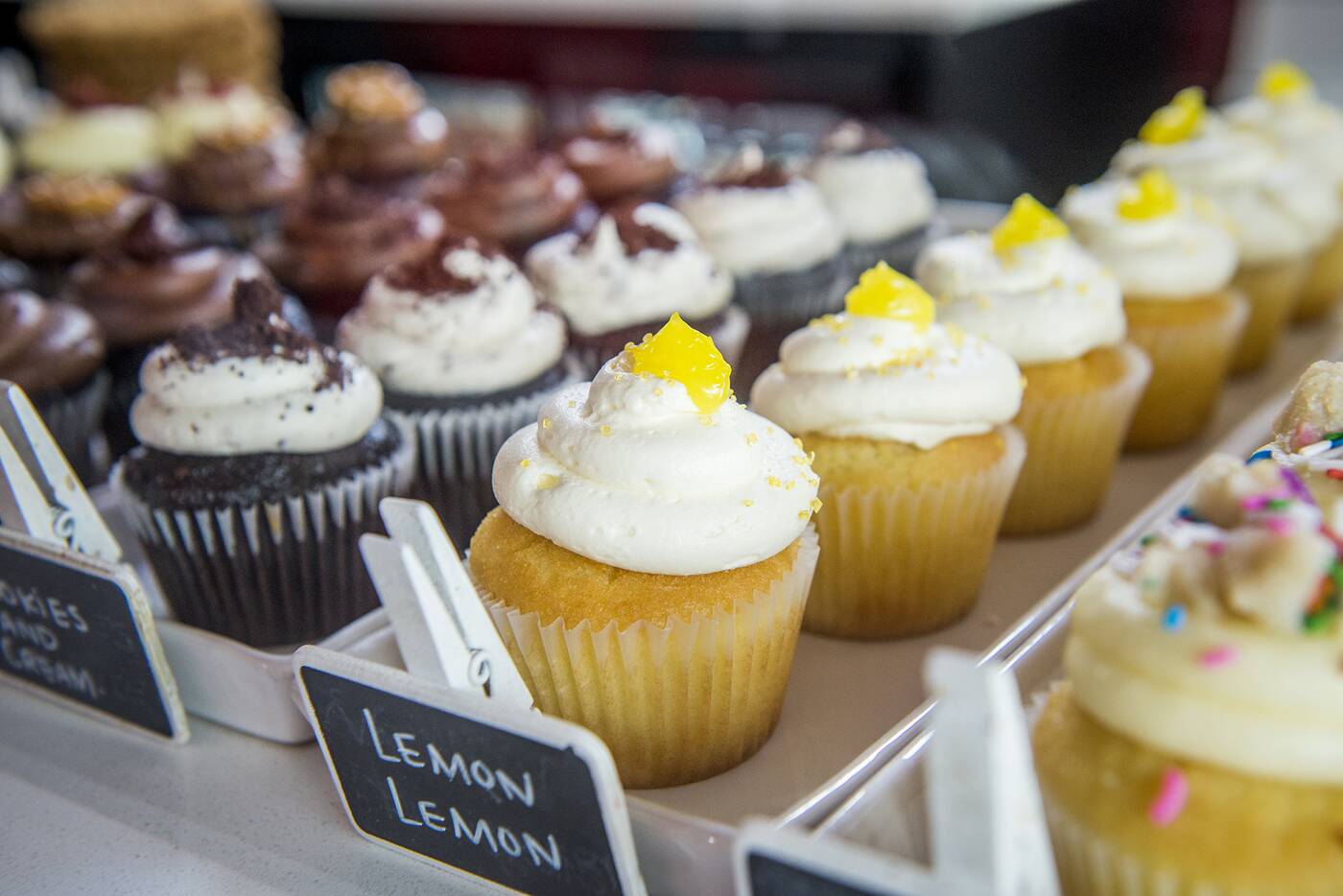 They don’t just do donuts though. The Rolling Pin also specializes in cupcakes that are just as incredibly decorated as the donuts at the same price, in flavours like lemon lemon, cookies and cream, or the same flavours as donuts like birthday cake. 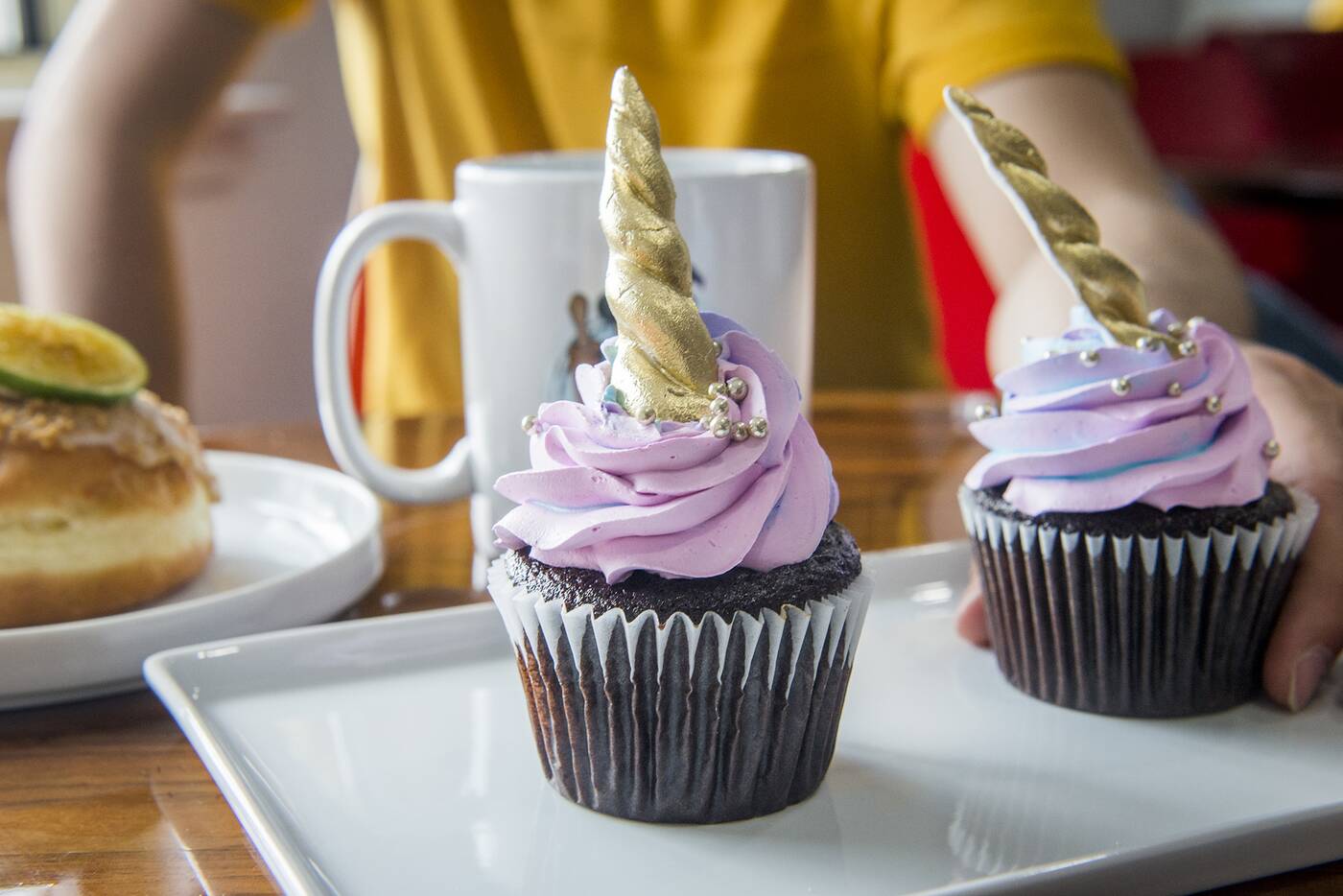 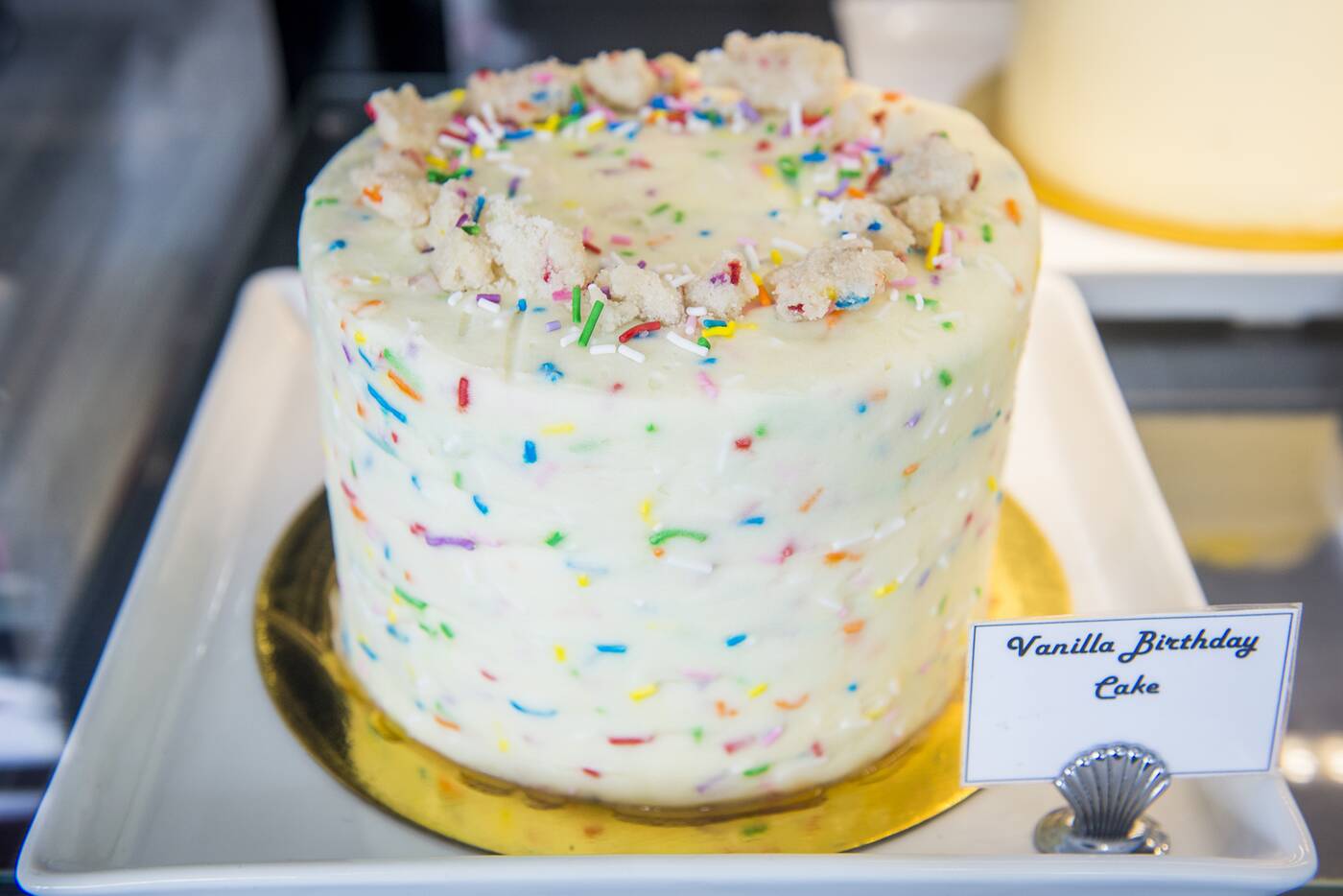 But what about a birthday cake that’s an actual cake? Display offerings are $40 but they also custom make massive, multi-tiered creations topped with decorations from ornate flowers to macarons, pretzels, and unicorn horns and ears. 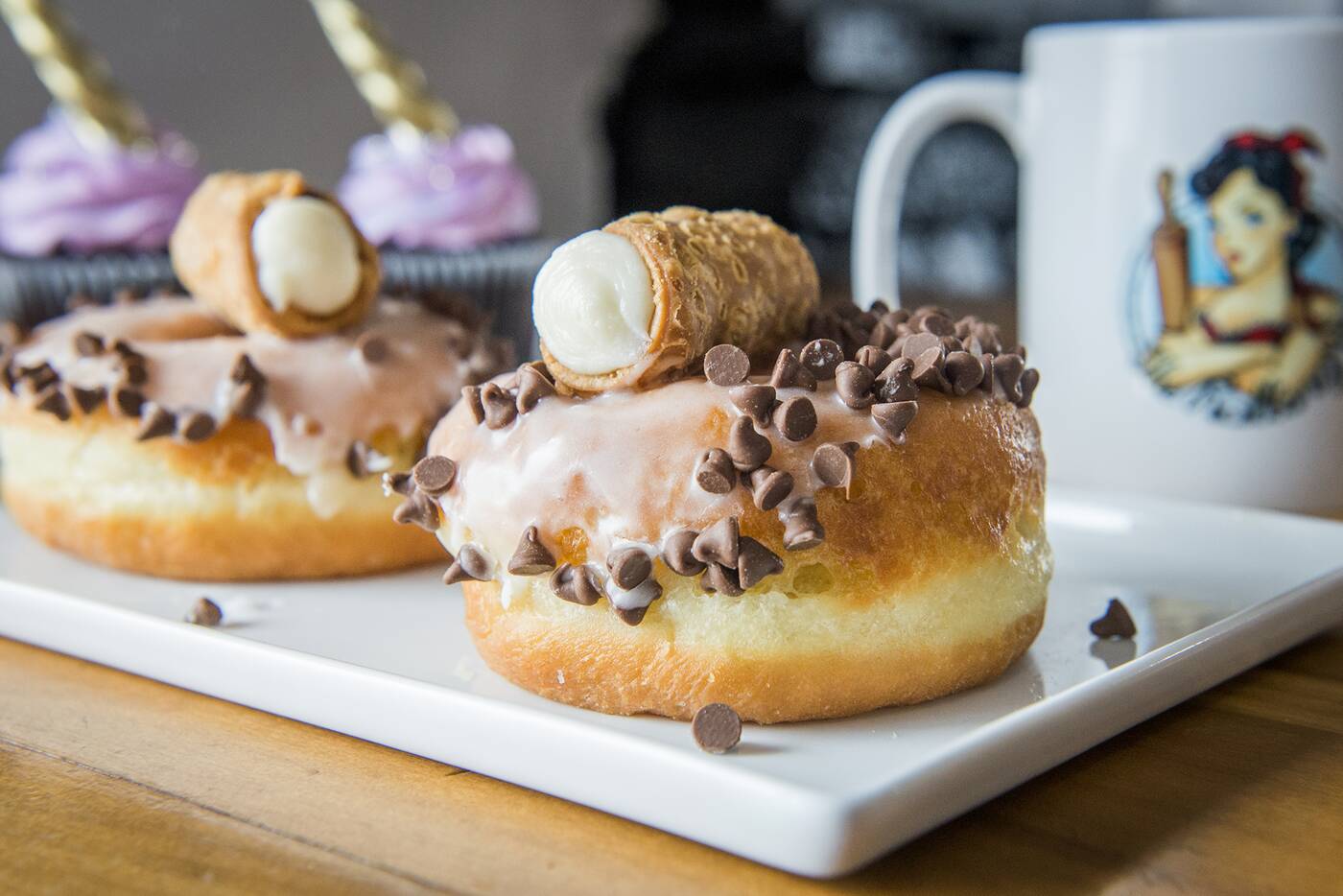 One donut is topped with an entire cannoli. Shot donuts ($3.75) are stabbed with a little dropper filled with extra flavour, like espresso or maple syrup. 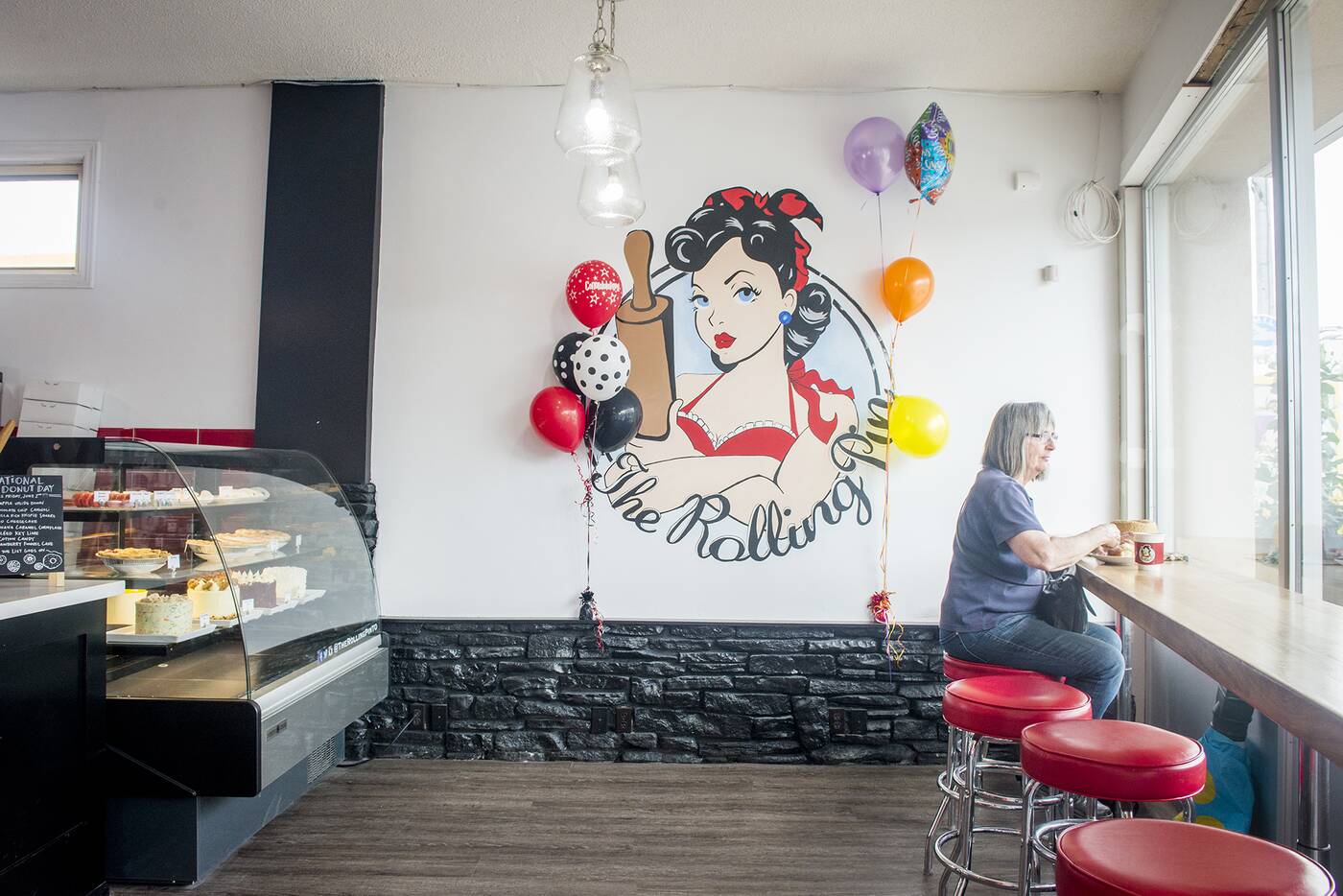 The move out of their old space was semi-forced, but it’s all turned out for the better. It’ll be a great day when Toronto landlords realize what gems they have on their hands and stop greedily kicking great businesses out of their spaces. 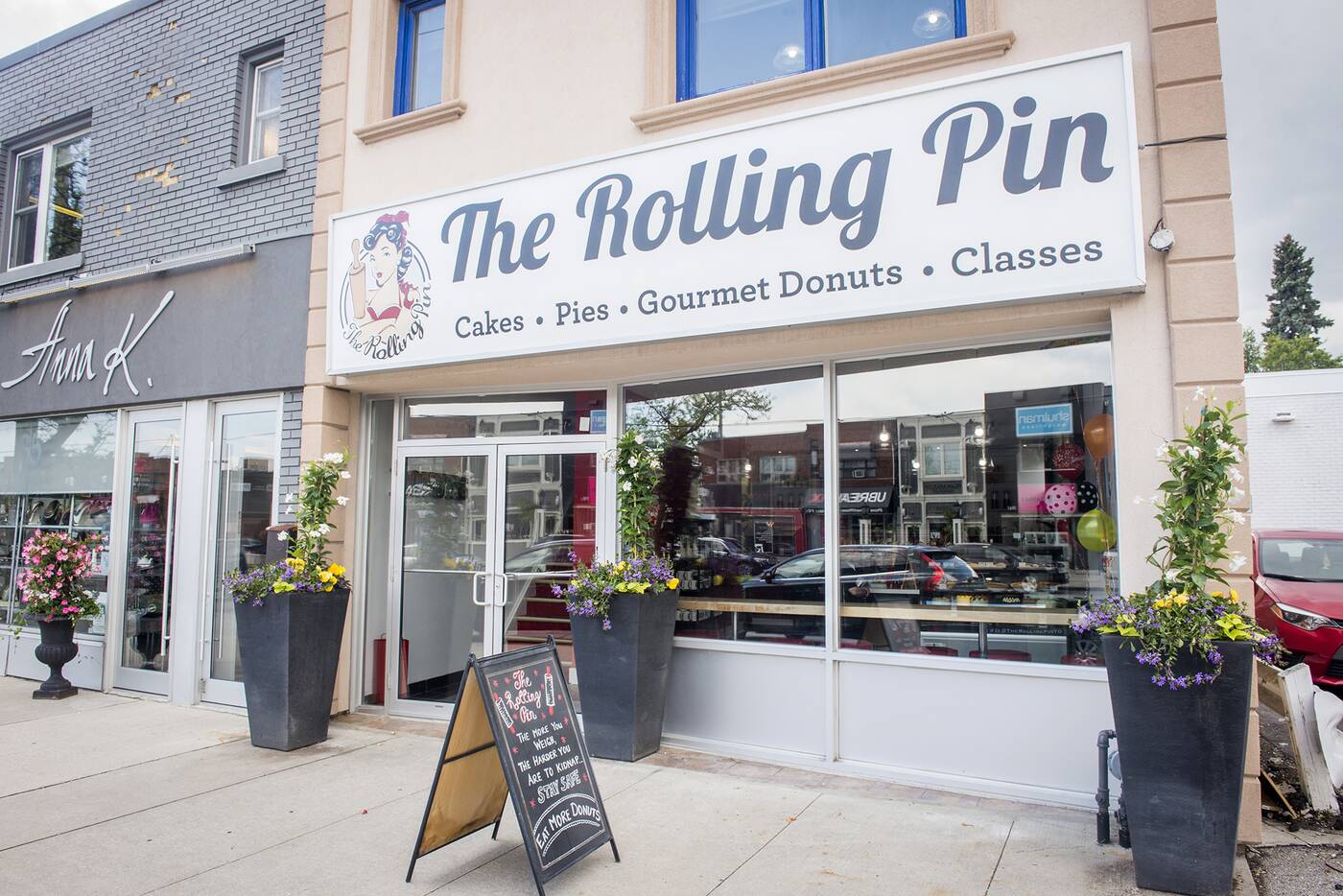 The Best New Bakeries in Toronto, 2014