It's no secret that Toronto's public transit system has been struggling in recent years to keep up with an exploding population of commuters through the busy downtown core — sometimes to the point of people legitimately fearing for their lives during rush hour.

With a desperately-needed downtown relief line still at least eight to ten years from existing (regardless of who builds it) the TTC is trying to control the situation as best it can within limited means. 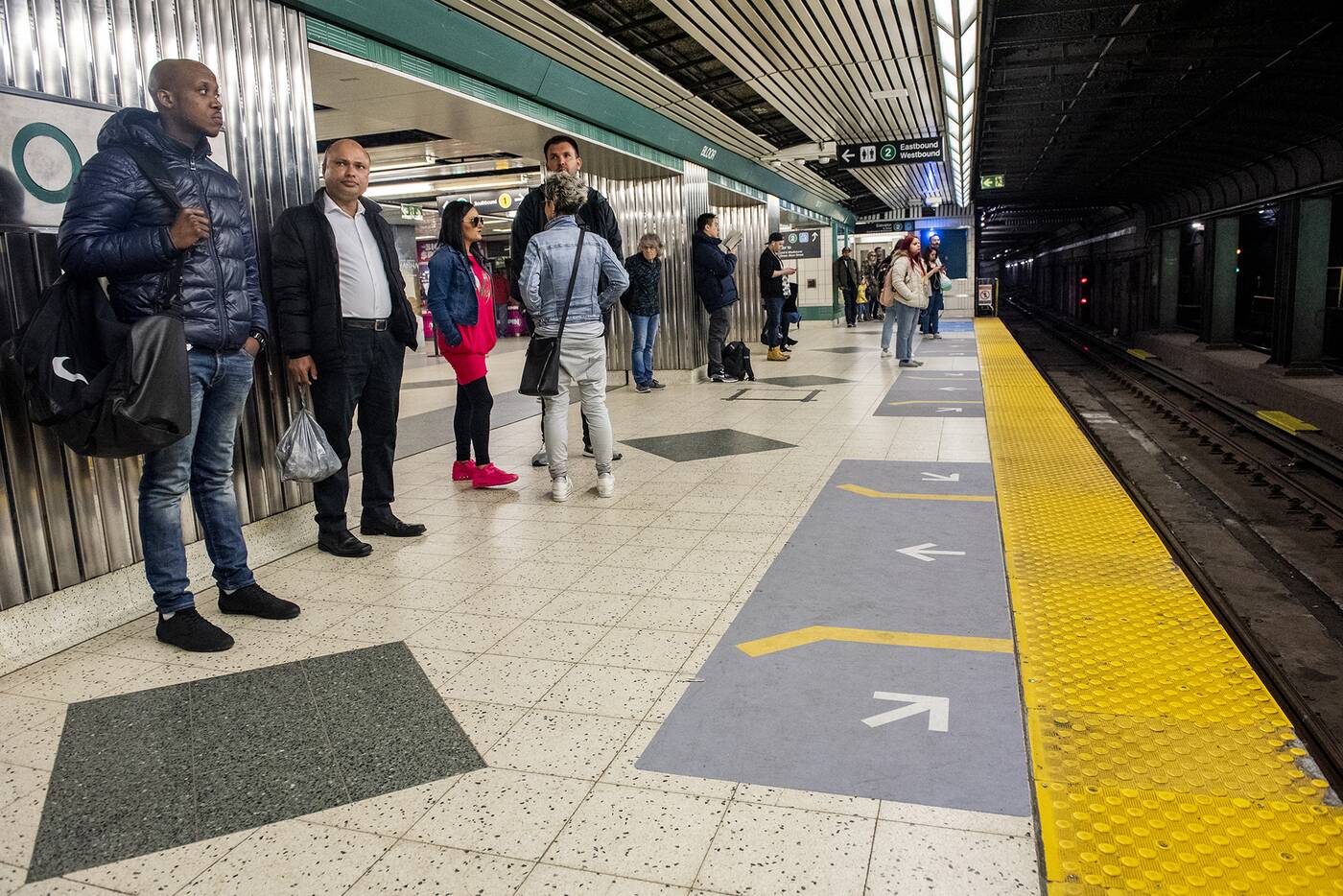 Last year, the transit agency floated the idea of off-peak fare pricing — a strategy that still hasn't been ruled out, mind you, but can't come into effect until the disastrous full roll out of Presto is complete.

An expensive station expansion may also be in the works, though a timeline for that has yet to materialize.

Officials think they may have found a more immediate solution, however, in the form of floor decals at Bloor-Yonge Station — an important (and often dangerously overcrowded) transfer hub that serves both Line 1 and Line 2.

#TTC crews will tonight be installing new platform decals to speed up boarding/exiting in rush hour at s/bound Bloor-Yonge stn. (Line 1). One more way we're trying to improve customer and train traffic through our busiest station. Look for them tomorrow!https://t.co/aWaB5zJobw pic.twitter.com/EYY9yQj9aF

The TTC kicked off a six-month pilot project at its busiest subway station on Thursday with the installation of "high visibility decals" on the floor of the southbound platform, all of them "aligning with the approximate location of the doors of the train when stopped in the station."

The new markings are designed to improve efficiency by speeding up the movement of customers on and off of trains, "particularly during busy rush hour periods," according to the TTC.

They will also serve to better accommodate passengers with mobility devices, strollers, luggage and anything else that may affect their boarding process. 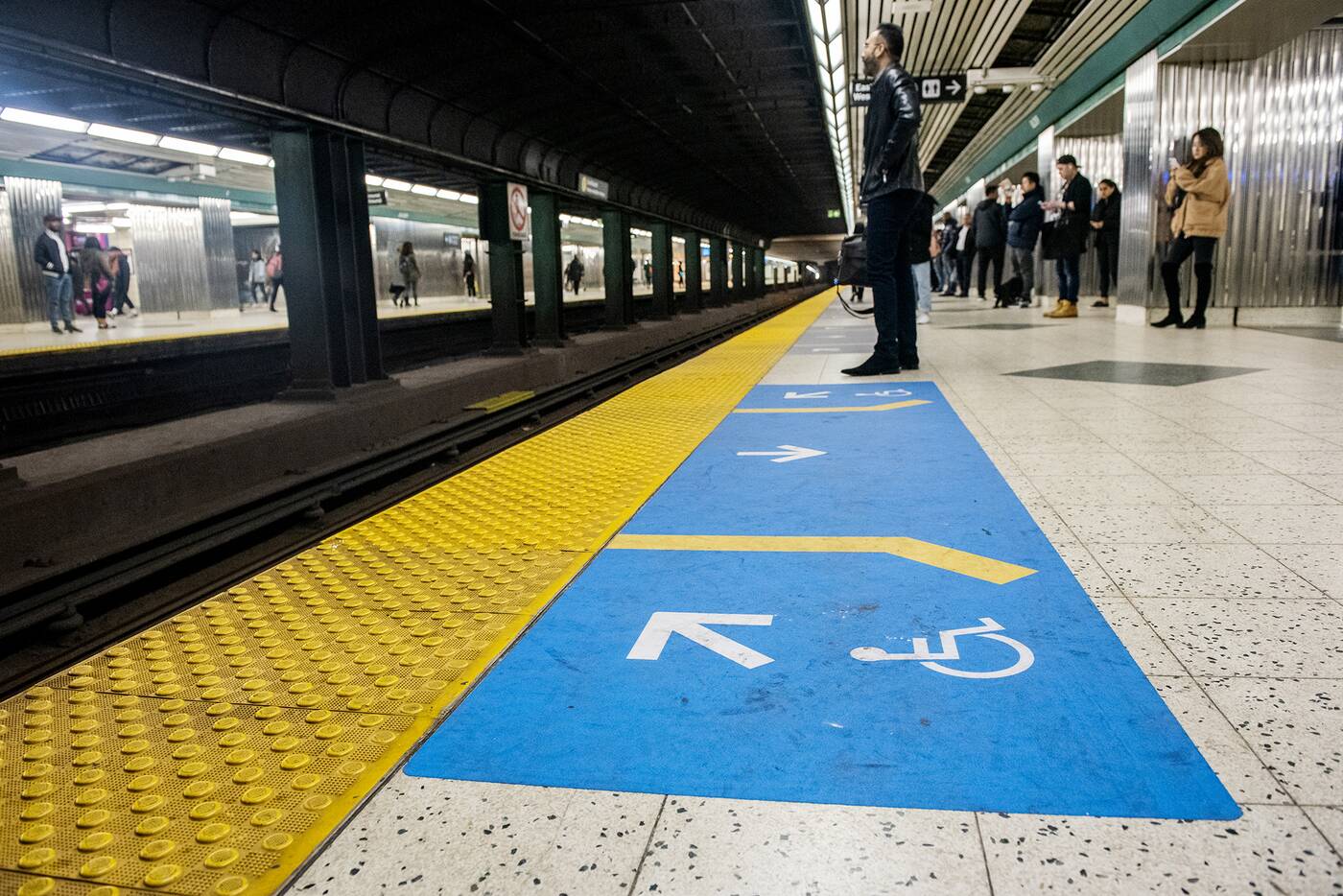 "The decals at the train doors closest to the elevator at this station (north end) will be blue to indicate this location as the preferred accessible boarding zone for customers with mobility devices, strollers, luggage, etc. during rush hour," reads a notice on the TTC's website.

"The decals are also intended to encourage customers waiting to board the train further along the platform to provide adequate space for customers exiting the train as exiting single file slows service for all customers," continues the notice.

"We are asking for your cooperation to stand back and let customers exit the train unimpeded to allow more efficient operation during busy times." 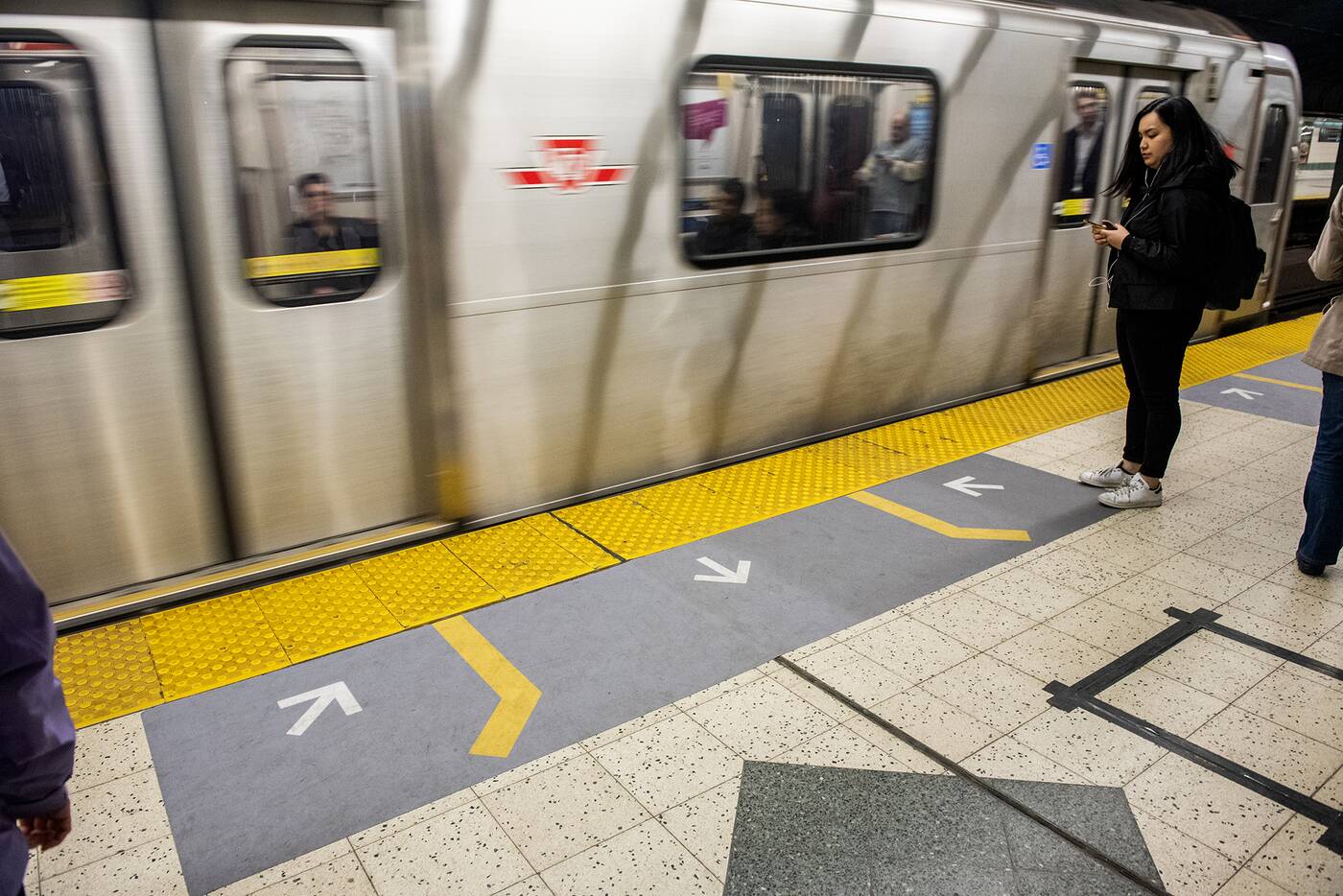 The system appears to be working well so far, though some in the city are annoyed by the fact that decals are needed at all.

"I hate that we have to tell people how to behave when it's both courtesy and common sense," wrote one resident on Twitter of the plan.

"Toronto transit users are so stupid that we need to be told how to board a train," wrote another.

Others want the TTC to roll out new decals on the southbound platform at Bloor-Yonge Station, and maybe St. George Station too.

Optimism is all well and good, but we'll have to wait and see how the station and its new decals perform during Toronto's next mass rush hour subway delay.