TTC ridership way up thanks to King Street Pilot Project

New data released this week by the City of Toronto shows that, despite any amount of street hockey and middle finger protests, closing off King Street between Bathurst and Jarvis was a great idea — and not just for commuters.

More people are riding the streetcar than ever before, according to the latest stats from Toronto's controversial King Street Transit Pilot Project, which launched in November to mixed (and that's putting it softly) reviews.

Transit ridership spiked by a full 35 per cent in May and June during the morning commute along King Street, according to the city, with the evening commute boasting a similarly impressive increase of 27 per cent.

On average, all-day ridership jumped 11 per cent to roughly 80,000 boardings per day. 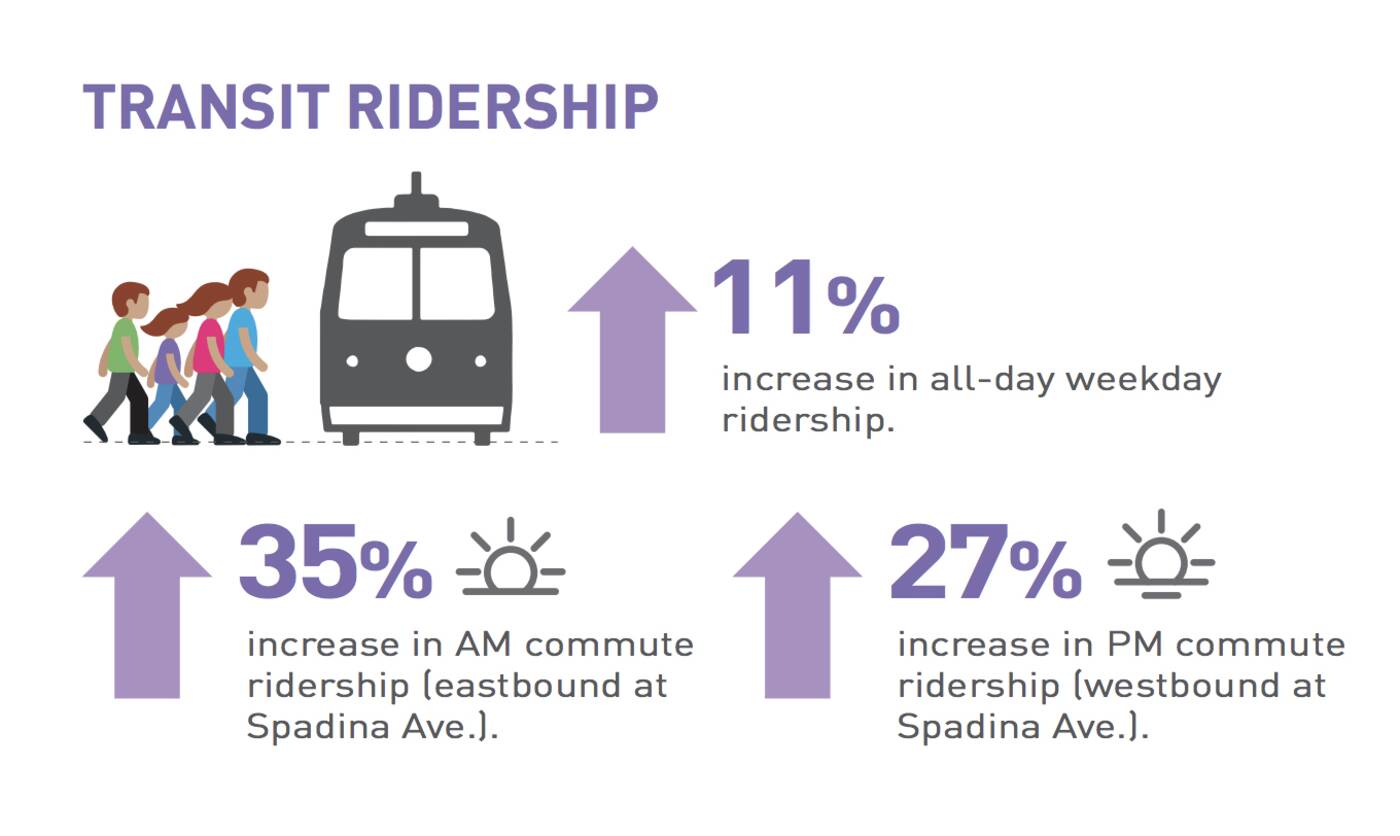 The King Street Transit Pilot, which restricts car traffic on one of Toronto's busiest downtown streets, has proven a boon to TTC ridership numbers. Image via City of Toronto.

Riders continue to report shorter, more reliable journeys on the once-unbearable King lines, pedestrian volumes are up, and businesses aren't suffering one bit.

In fact, most are now well-positioned to benefit from the changes.

"Customer spending on King Street since the pilot began has seen slight growth (0.3%) from the average rate of spending over the same months from the year before," reads the city's latest update on the project.

"Average year-over-year growth in the same period was 5.7% for the area surrounding the pilot and 3.8% for the City overall."

Blaming the pilot project for poor sales is getting to be a less and less viable option for local restaurants and bars, it seems. 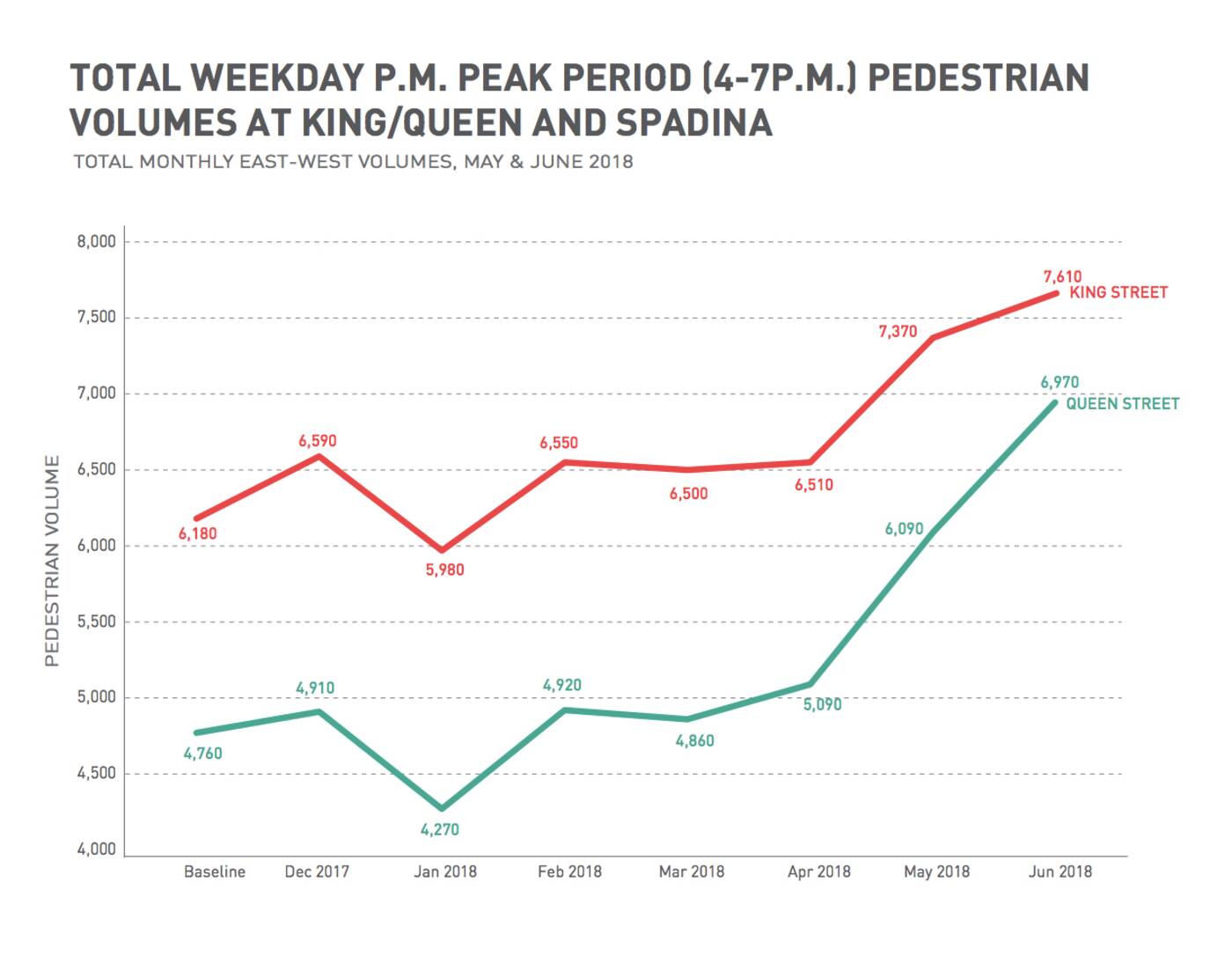 Pedestrian traffic is also way up along King and Queen Street, though the weather doubtlessly has something to do with this particular metric. Image via City of Toronto.

Other highlights from the May and June report include consistently faster car travel times and the news that Toronto's downtown traffic network "has been largely able to absorb and respond to the changes in routing that drivers have made."

Eighty-five per cent of all streetcars are also now arriving within four minutes of each other during the westbound morning commute.

"The King Street Transit Pilot demonstrates that we can move a larger number of people on the City’s busiest surface route, quickly and reliably, while managing the impact on drivers and local businesses," said Mayor John Tory in a release announcing the data on Wednesday.

"The City will continue to carefully measure this pilot to make sure that it works for more than 80,000 daily riders of the King Street streetcar and everyone who enjoys this vibrant part of our city."

Police are still having trouble enforcing some of the new road rules, but that wasn't entirely unexpected. Bad drivers are part of the rich tapestry that makes Toronto's streets what they are — and some things never change.