A lot has happened in Toronto as a result of the King Street Pilot, and now at least one restaurant is claiming that it's partially responsible for its closure.

King Street dim sum spot Pearl King claims that it's had to close its door in part as a result of the pilot, as per a sign left on the door of the darkened storefront. 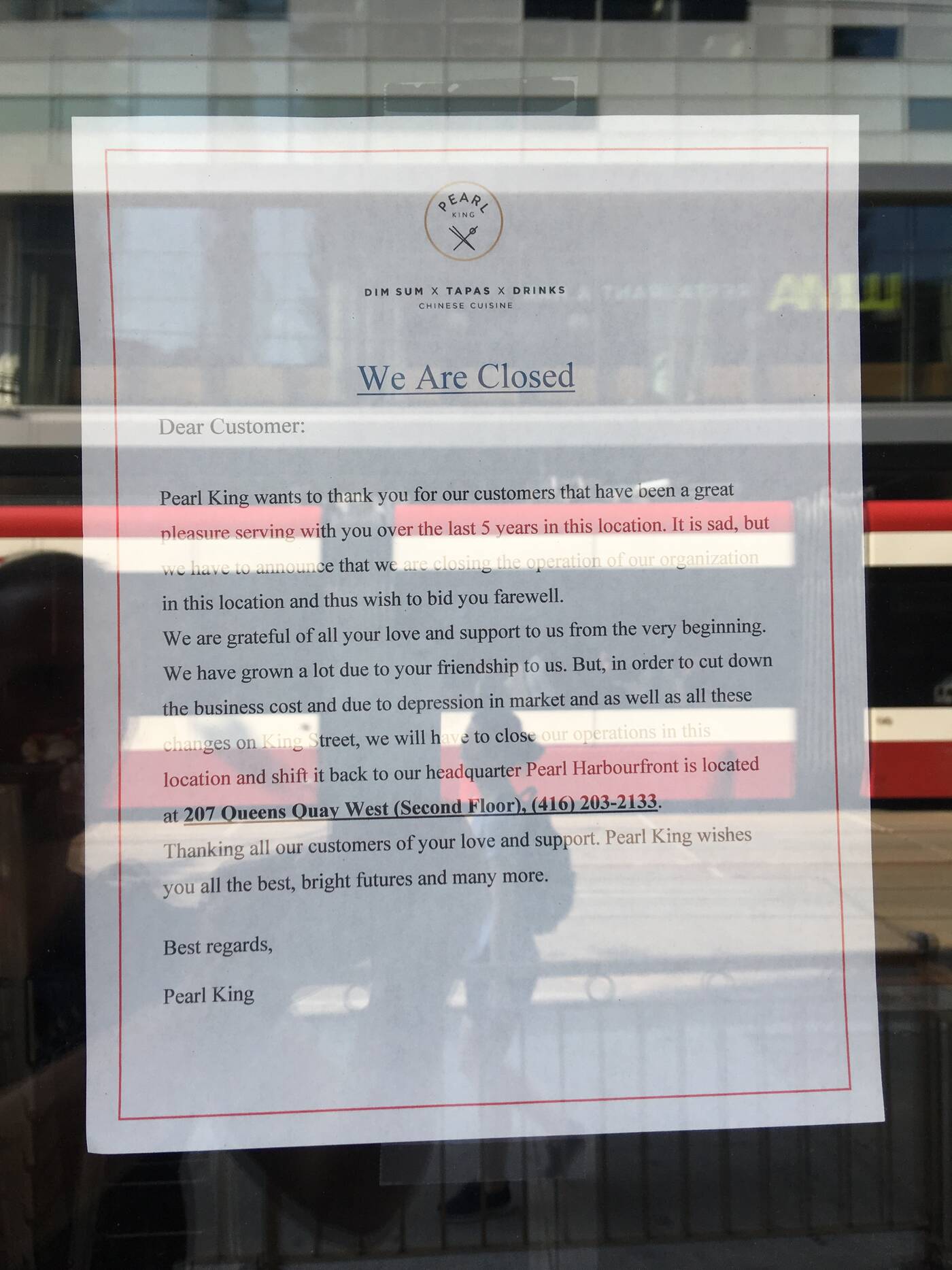 The note outlines that a "depression in market and as well as all these changes to King Street" has forced it to "close our operations at this location."

Earlier this year the pilot caused an uproar among local businesses, commuters and the city who all held differing viewpoints on how to best tackle potential revenue loss due to decreased traffic along the street.

As of now, people seem to be loving the newly revamped King Street and data from April shows that everything is largely consistent with seasonal trends.