A group of amateur hockey players took to King Street on Tuesday afternoon for a good ol' game of ball hockey in the slush and streetcar tracks.

You could literally hear the calls of "(street)CAR!"

The players, who convened at the corner of John and King Streets around noon today, were courteous, by all reports, moving aside to let motorists and streetcars pass through as needed.

People who live and work in the area were loving the entertainment. Heck, you could barely even tell it was a protest.

If the game's location between the TIFF Bell Lightbox and Kit Kat Restaurant didn't tip you off, allow me to explain.

The Most Canadian way to do a protest....play street hockey🏒

"King Street is empty enough to be able to play a game of hockey on the street!" tweeted one of the game's participants in an effort to back up business owners in the area who say that the area has been dead since the pilot project's launch.

The festivities were all backed by Kit Kat owner Al Carbone, who was on hand giving out pasta fagioli in front of his restaurant.

"You've got to fight for what you believe in," said Carbone, who famously erected a middle finger ice sculpture on King Street two weeks ago (and several others since then.)

Signs around the property announced free food and messages of equality like "Everyone is welcome on King Street: TTC, cars, cyclists and pedestrians!" and "Show us your metropass for a free lunch!" 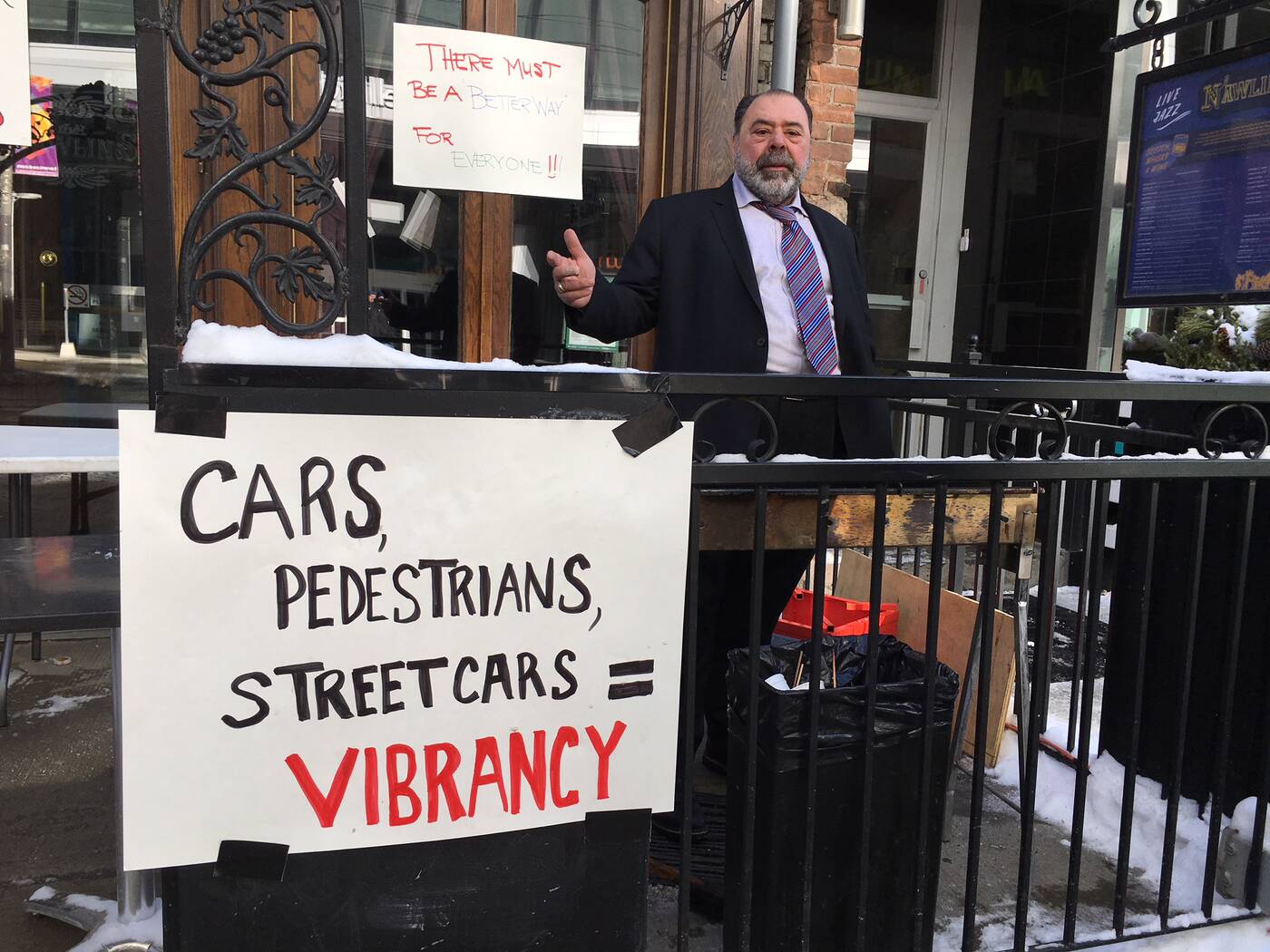 The message he's spreading right now is certainly being seen as much friendlier than the icy middle finger from two weeks ago.

The other says "SOS," which Carbone says stands for "Save our street."