Toronto restaurateur Al Carbone has a message for City officials in response to their recent announcement of more parking spaces near the King Street Transit Pilot – and it's not a very warm one.

"Fuddle duddle" reads the base of an ice sculpture installed this weekend outside Kit Kat restaurant on King Street.

The phrase itself, popularized during a 1971 political scandal in which Prime Minister Pierre Trudeau may have mouthed "f*** you" in Parliament, remains open to interpretation.

The sculpture atop it is crystal clear, however. It's literally just an icy hand brandishing the middle finger outwards toward King Street – and quite a nicely sculpted ice hand, I might add. 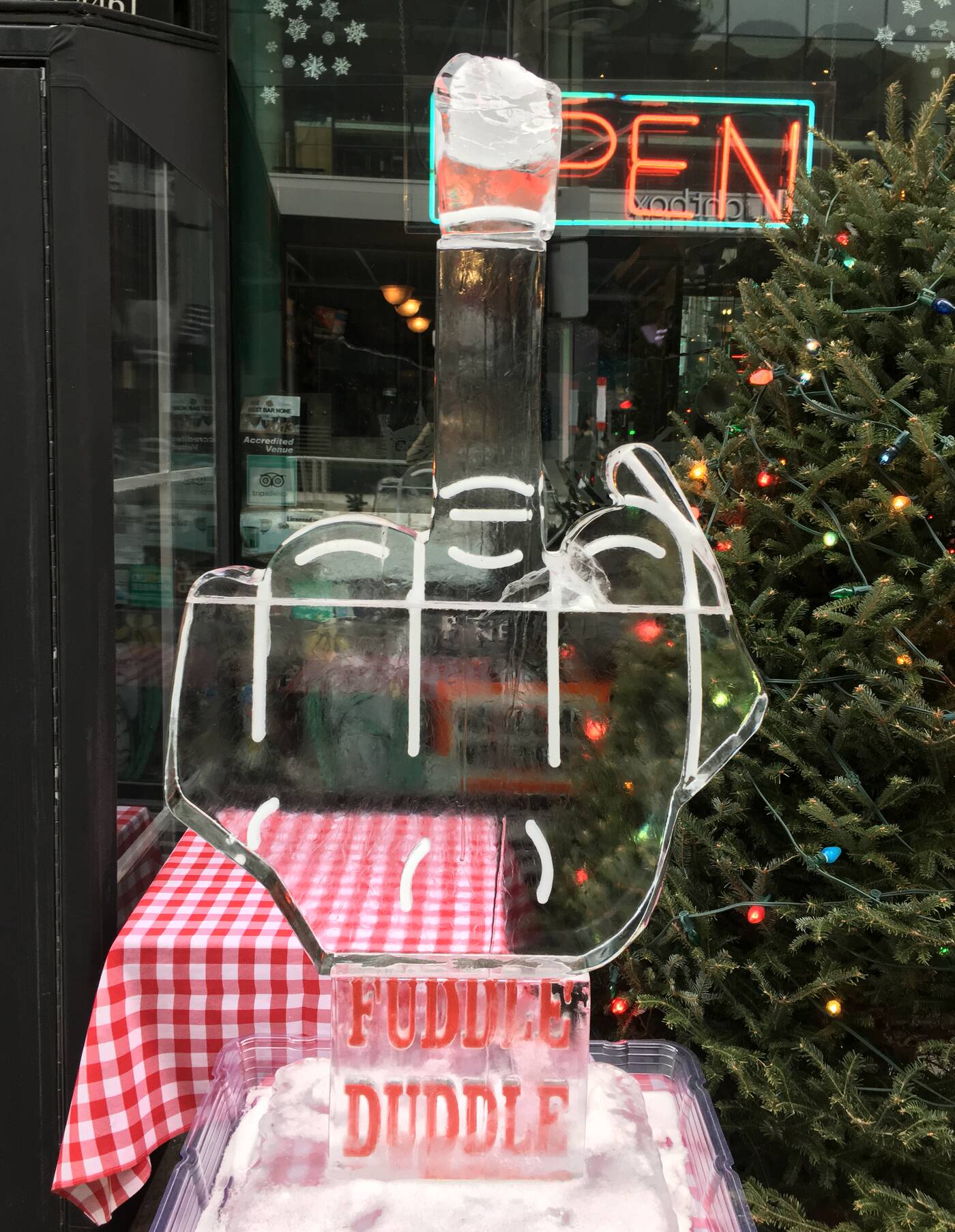 "They're not listening to our businesses," said Carbone at his restaurant on Monday when asked about the sculpture. "There's over 120 of us, and we're not getting any cooperation from the city that works."

The 120 he refers to are business owners in the area affected by the recently-launched King Street Transit Pilot, which has restricted car traffic and eliminated parking along King between Bathurst and Jarvis in favour of speeding up streetcars on the busy surface route.

"For the last 28 years that I've been here, every year has been inclining — our business has improved," said Carbone said, pointing to dozens of pictures on the wall that show celebrity visitors at the Kit Kat.

"This little place, this hole in the wall, is world famous," he continued. "We made this street the most popular street in Toronto and, since November, they've destroyed the image. They have destroyed the businesses, and we can't afford to maintain these losses." 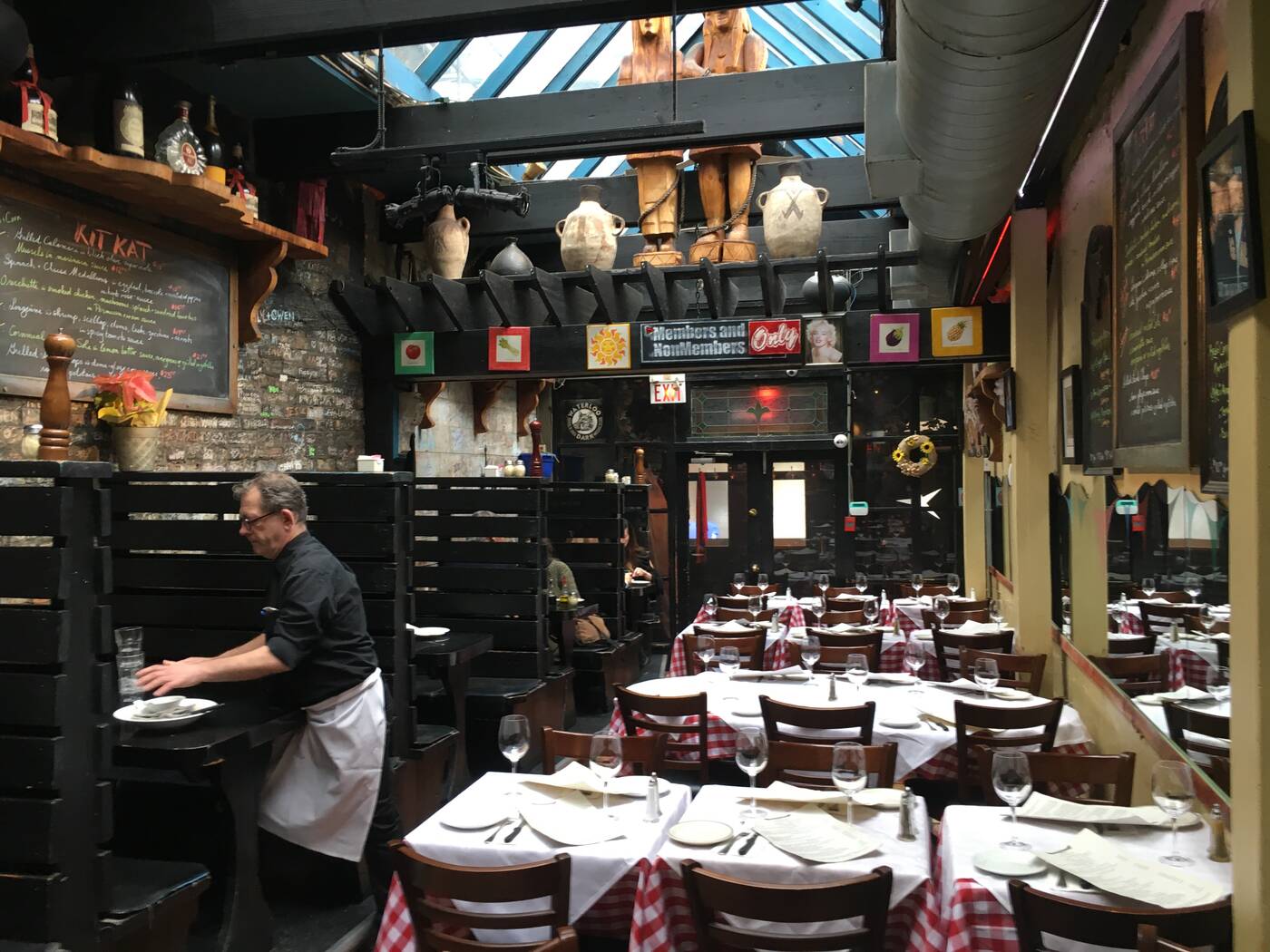 Kit Kat restaurant on King Street was nearly empty during Monday afternoon's lunch rush – something that almost never happened before the pilot project, according to staff.

Carbone, like other business owners in the area, blames a lack of on-street parking and other new traffic rules for a steep decline in sales over the past few months.

"The pilot project has already done damage, but it's going to do more damage," he said, citing losses of losses of 50-60 per cent a day at Kit Kat over this time last year. "If last week was a recession, this week is a depression, and next week… we don’t want to go bankrupt."

Transit riders have been suggesting on Twitter that Toronto's blistering (and seemingly unending) cold weather snap could be to blame for less customers visiting King Street – but Carbone disagrees.Other restaurants in the city have been "jam packed," he says, even on the coldest day this winter so far, while restaurant row remains eerily quiet.

Two hours of free parking in Green P spots were among the measures announced by City Hall in an effort to "improve transit and traffic flow and support local business." 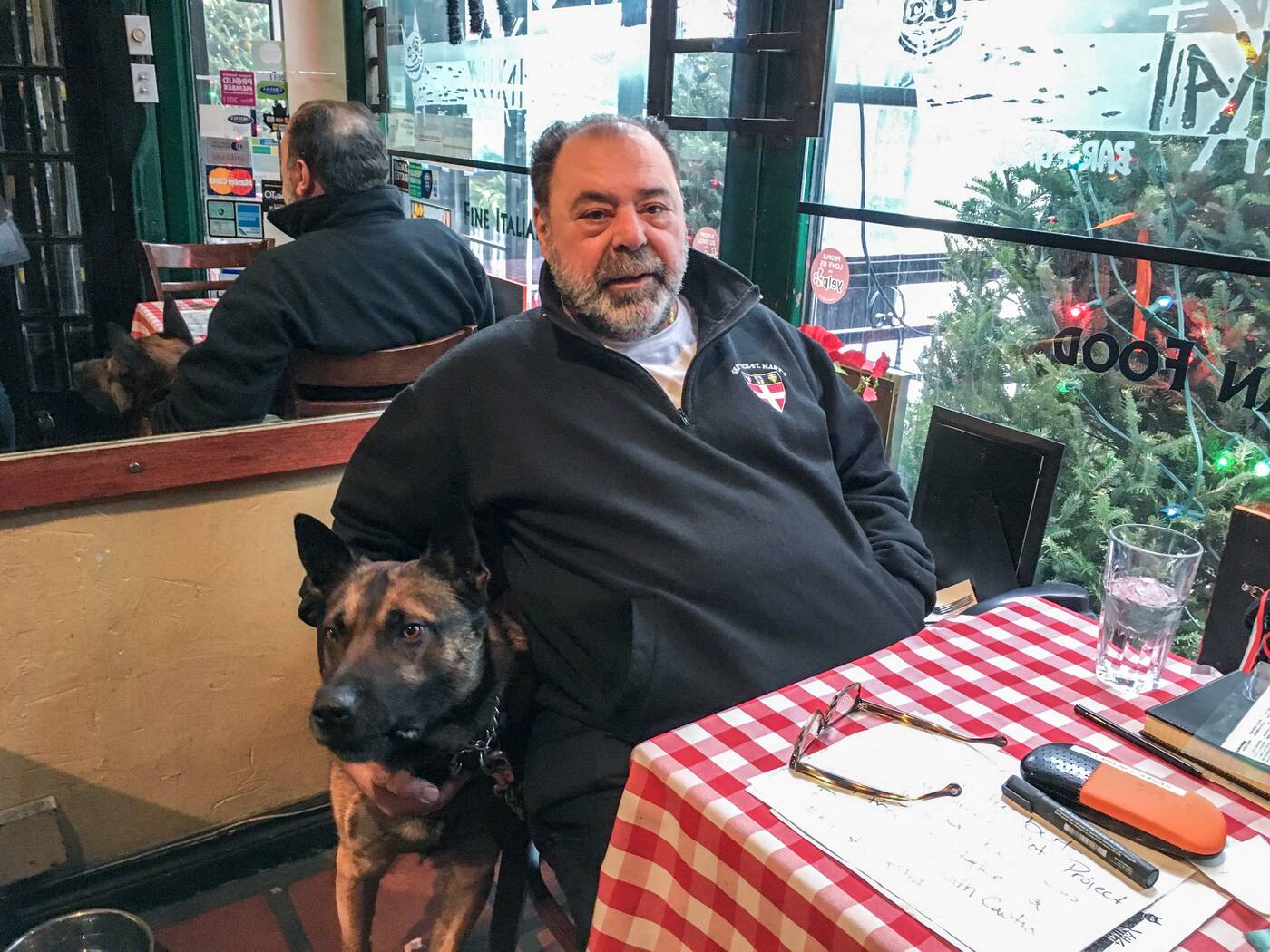 Carbone and his dog Frank tend to business matters at the Kit Kat Italian restaurant on King Street Monday.

Carbone was not impressed — hence the giant, icy eff you on his property right now.

"The parking spots that they added do not exist," he said. "They're in condominiums and most people don’t have access to those parking lots."

He went on to say that there aren't any Green P lots in the immediate neighbourhood and that the parking spots they do have are "only in the 100's, and that includes the whole stretch."

"We're not against transit," he explained. "The biggest problem with Toronto transit is that the streetcars are archaic."

This is indeed a well-recognized problem in the city, and one that both the TTC and City of Toronto have been eager to solve.

Bombardier has still delivered just a fraction of the 150 new streetcars it owes Toronto, putting a strain on citizens, business owners, transit officials and the city alike.