King Street is getting a whole bunch of new public spaces

The King Street Transit Pilot has already transformed Toronto's downtown core in terms of how we get around, but the busy surface route's grand transformation is far from over yet.

In just a few months, the City of Toronto will start installing a series of new, "vibrant, animated public spaces" along King Street between Bathurst and Jarvis.

The spaces, of which there are 19 in total, will be located in the curb lanes of King Street, either on raised platforms adjacent to the sidewalk or on the roadbed itself.

A map released by The City of Toronto shows where the new public spaces will be located. This section shows five of the already-market locations between Portland and Spadina. Image via City of Toronto.

They'll vary in length between 17 and 170 metres according to the city, with one of the largest stretches running along the south side of King St. next to David Pecaut Square (an area of the road most Torontonians are already used to chilling on thanks to TIFF's Festival Street).

Planters were installed earlier this month to demarcate where the spaces will be, but it's still unclear as to what, exactly, they'll be used for.

The City hopes to see these spaces serve "a variety of uses as part of the King Street Transit Pilot." Stated potential uses include "relief valves" for pedestrians on crowded sidewalks, additional seating for local restaurants and cafes, the placement of creative installations and bicycle parking. 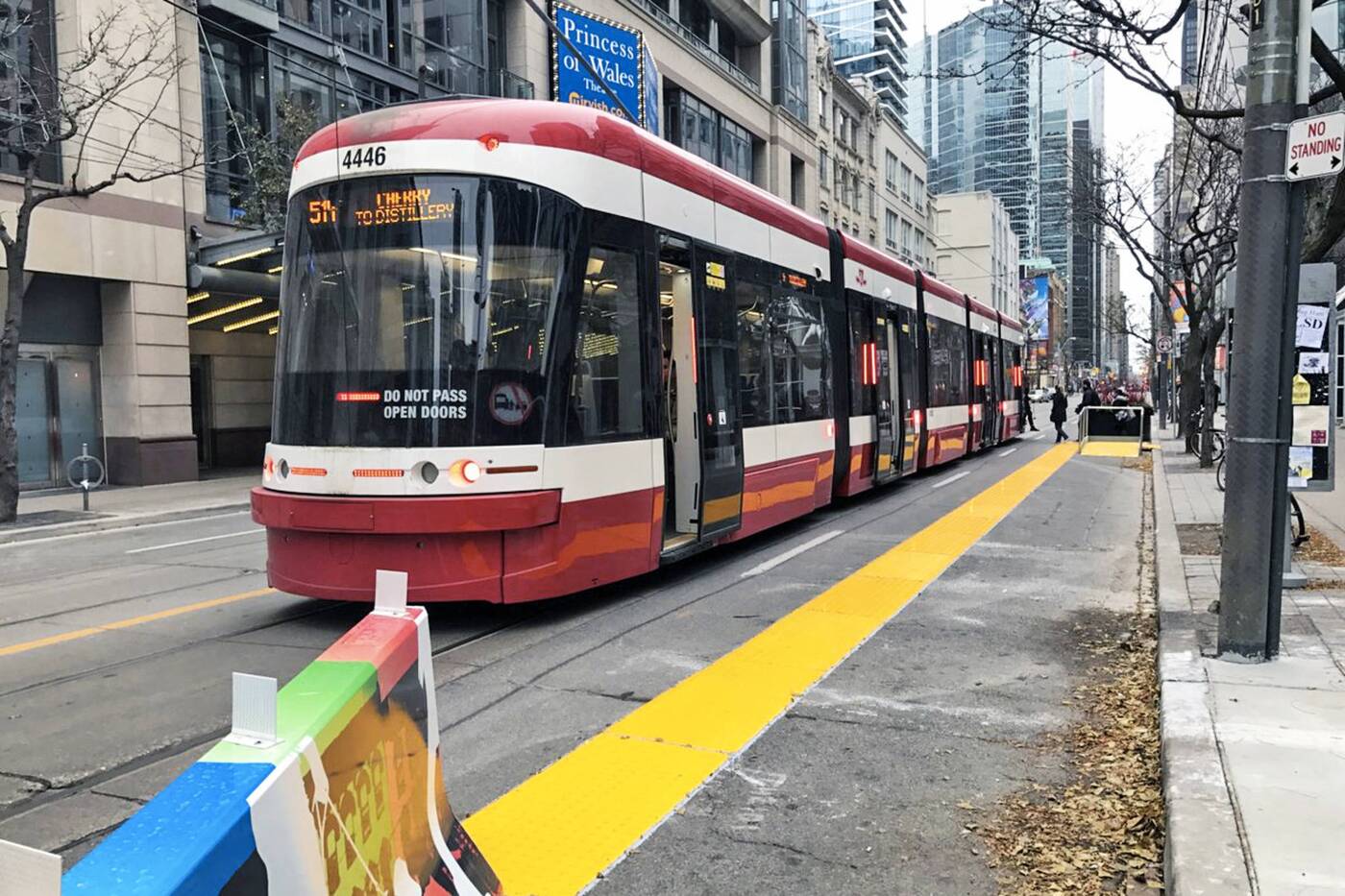 Jersey barriers with custom graphics currently block off vehicle traffic in the curb lanes of King Street. Photo via City of Toronto.

But those are just some initial guidelines. On January 15, the city will be launching a design competition for citizens to "be part of and contribute to the rethinking of King Street."

"The intent of the competition is to create a series of attractive curb lane public spaces on King Street for all to enjoy," reads a website for the Everyone is King Design Build Competition.

Individuals, arts and community groups, not-for-profit organizations and institutions are all invited to bring forward their design ideas for two different competition streams. 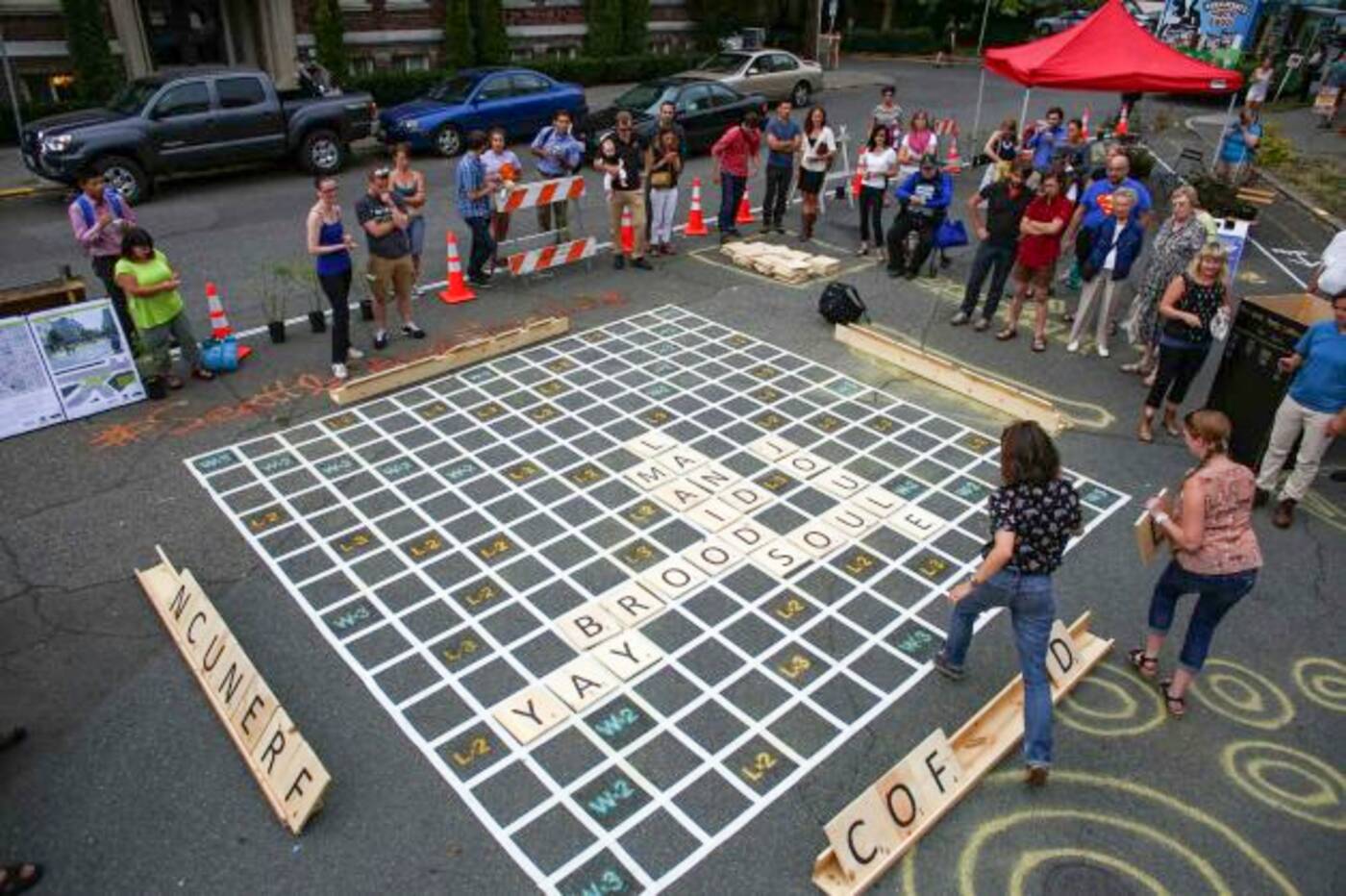 A giant street Scrabble game in Seattle is one of several neat projects included in the City of Toronto's design brief for the Everyone Is King Design Build Competition. Image via trendingcity.org.

A giant street scrabble game in Seattle and an ice carving exhibition in Sapporo, Japan are among several projects listed as inspiration. 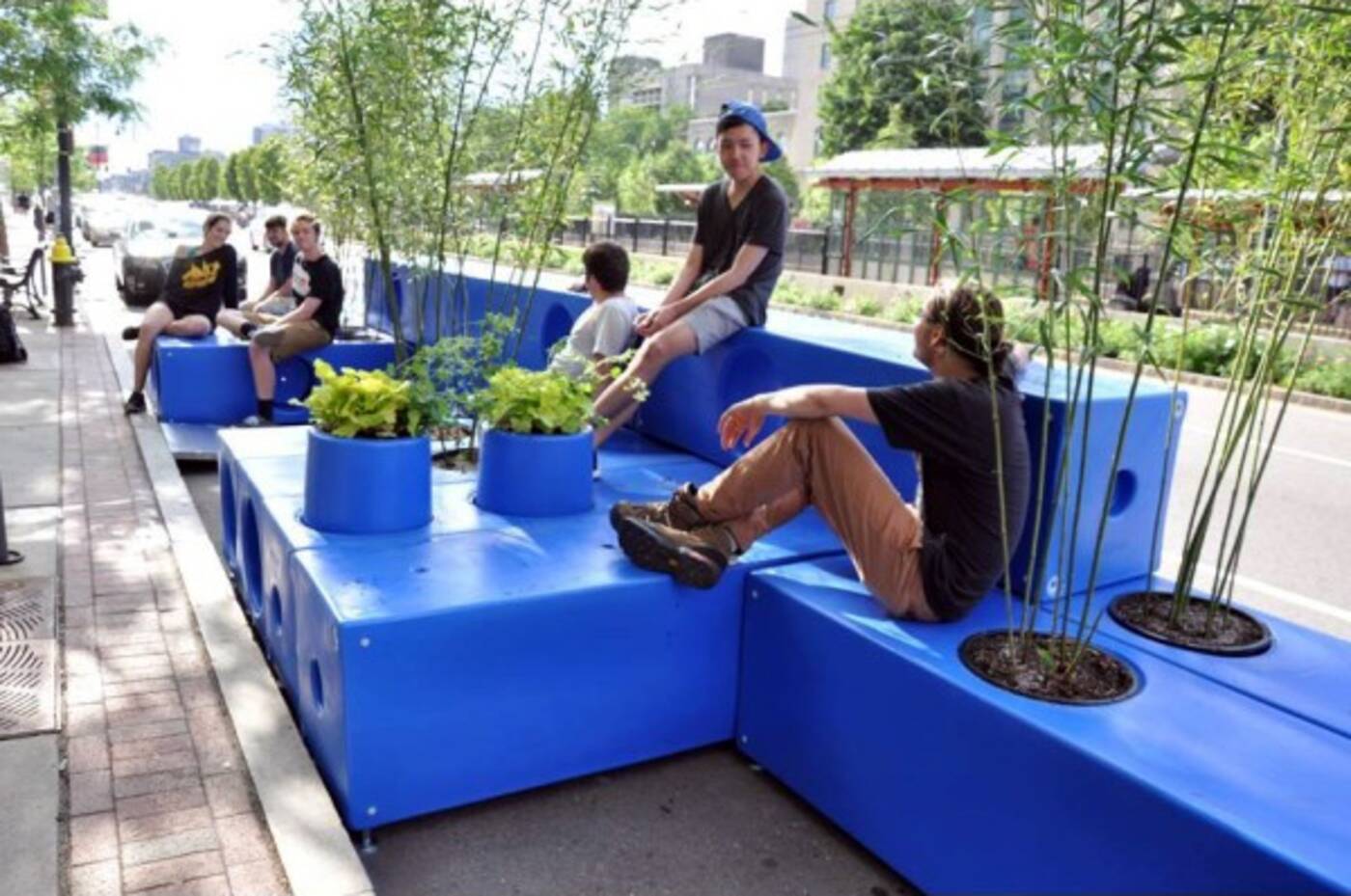 Four "ad-bloc" parklets were installed around Boston a few summers ago. The innovative seating and planter blocks can be stacked and combined for different public space options. Image via opencityprojects.com.

Examples given for this stream of the competition include cool shipping container parklets in Montreal and Paris, transformable, Lego-inspired public seating in Boston and the illuminated wooden parklet that popped up on Toronto's own Elm Street this summer.

"Two City funded King Street parklets will showcase excellence through the great design of resilient, movable and reusable public amenities," reads the city's website. "After the Pilot, these parklets will continue to be enjoyed, perhaps in another City location."

All of the temporary public space installations and durable destination parklets created under the design competition are scheduled to open on April 15, 2018.