The garden car might be Toronto's most unusual landmark

Arguably just as iconic as the CN Tower, the pair of City Hall buildings, or Toronto's raccoons, the Kensington Market Garden Car has been its own tourist attraction for years.

Parked at the north end of the neighbourhood on Augusta Ave., there are few things that embody the city's most eclectic and down-to-earth neighbourhood more than this colourful sedan with plants sprouting out of it. 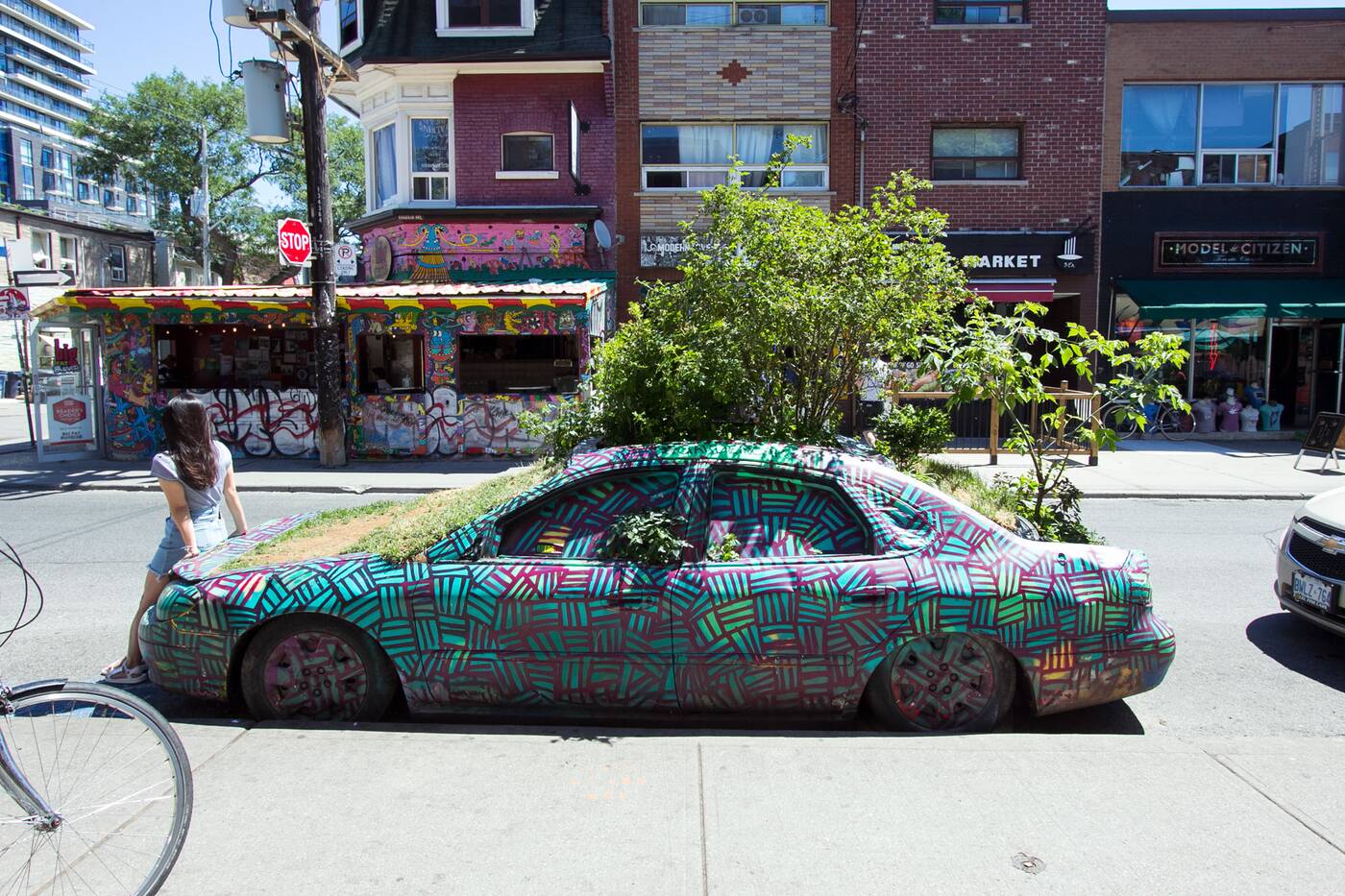 As much part of the Market's foundation as Bellevue Park or the corner lot of Big Fat Burrito – from which it sits across off of Oxford Street – the appearance of the Garden Car has been marked the arrival of summer every May to November for over a decade.

Once more formally known as the "Community Vehicular Reclamation Project", the concept of the re-purposed vehicle was borne via Streets Are For People, a now defunct anti-car advocacy group. 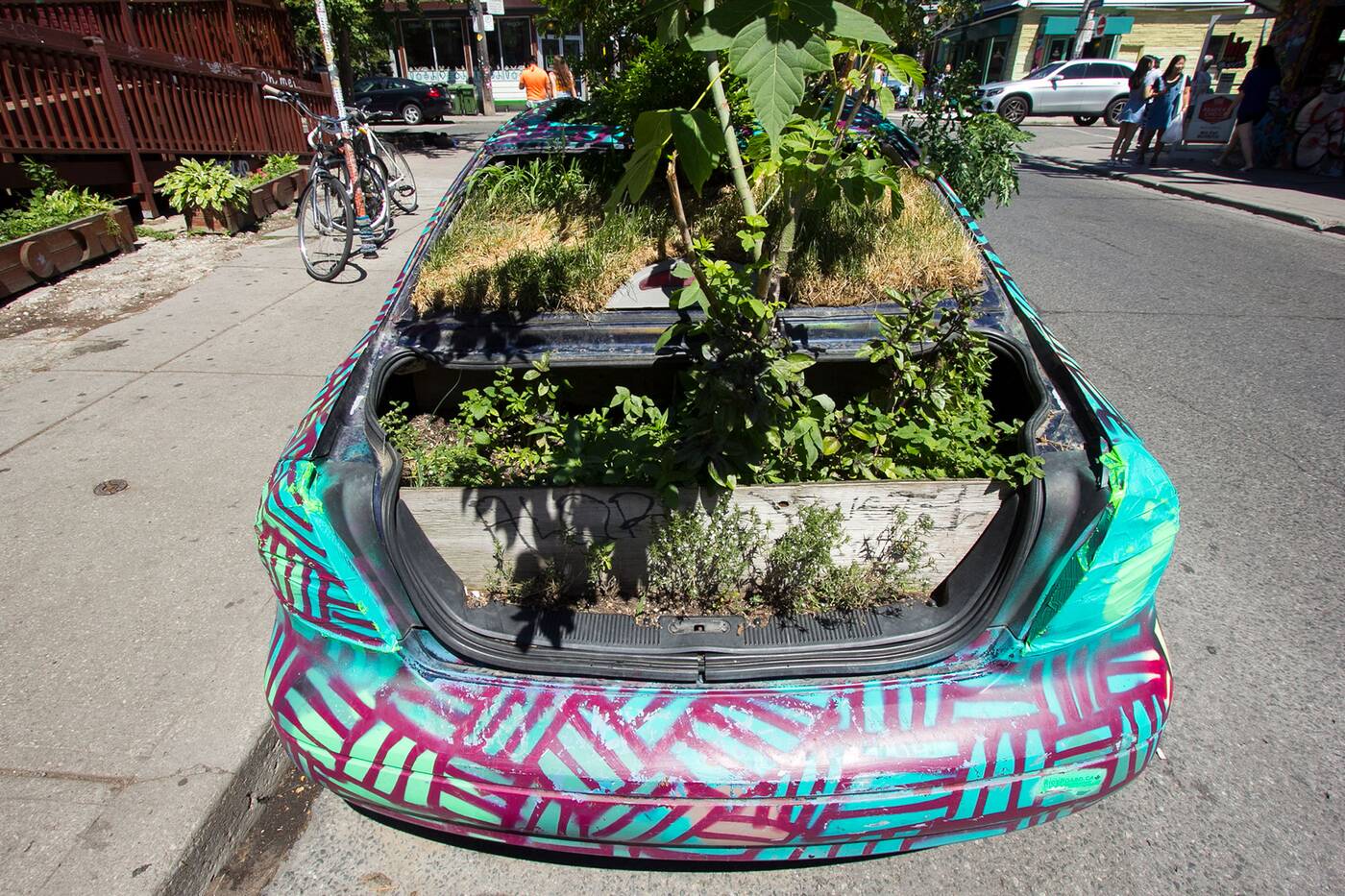 In 2006, the group took a four-door sedan salvaged from a scrap yard and spruced it up with greenery, after which it sat on Augusta outside La Palette (which has since moved to Queen West) courtesy of supporters who would pay the parking meter to keep it there.

Later that year the City voted to keep the car in the neighbourhood as public art provided that it be insured and removed every winter, and it's been a permanent fixture ever since. 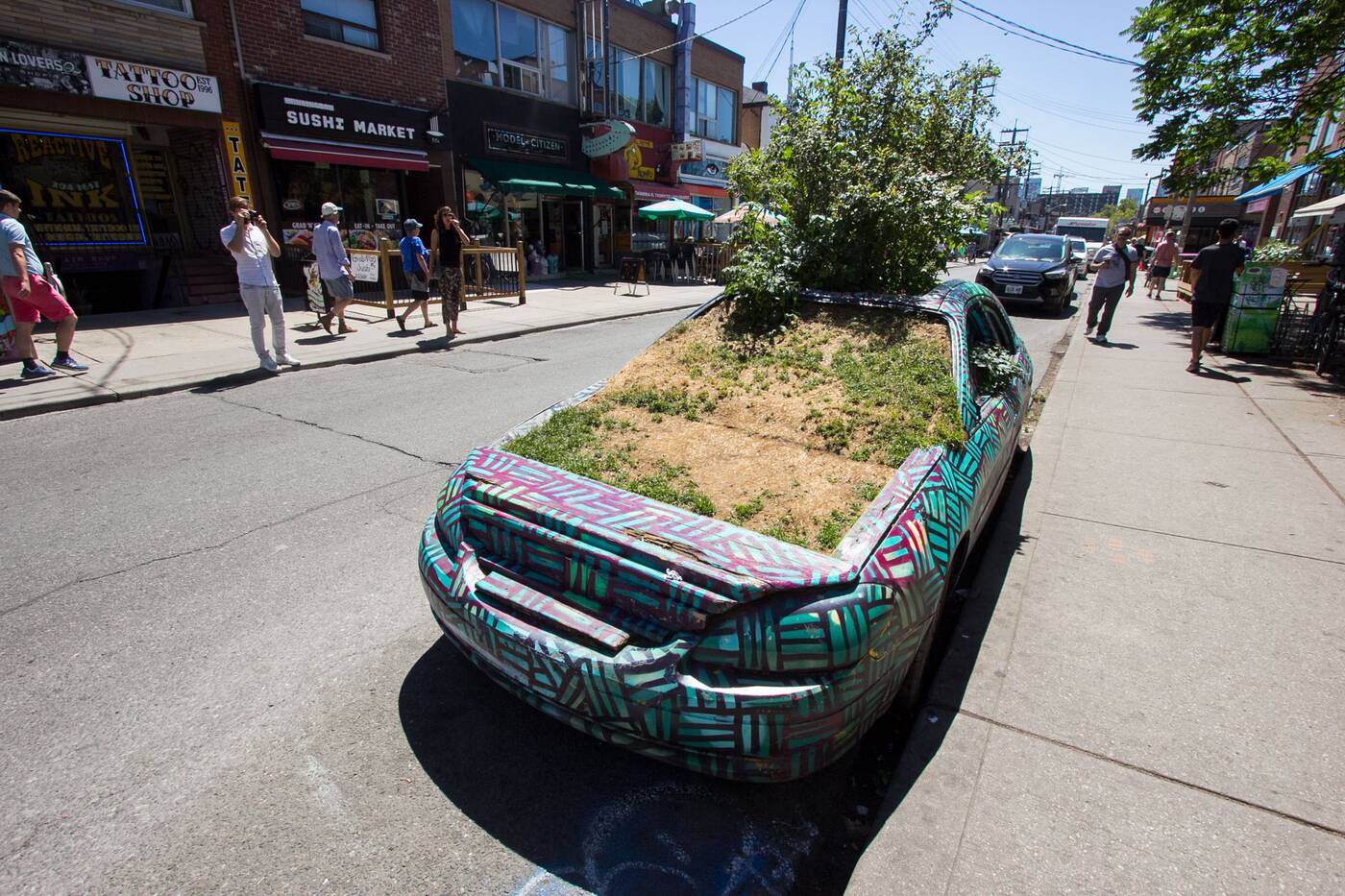 The original, boxier car has since found a new permanent home with the youth charity PACT since 2012, but the latest version – a $200 fix-me-up funded by the BIA – still features the signature patch of grass where people can lounge on the hood.

Set against the backdrop of a giant Alphonse Mucha-inspired mural, this picturesque car deserves a visit. Whether you're heading over for Pedestrian Sundays or to devour all the summertime treats here, if you haven't visited the Garden Car you haven't really seen Kensington. 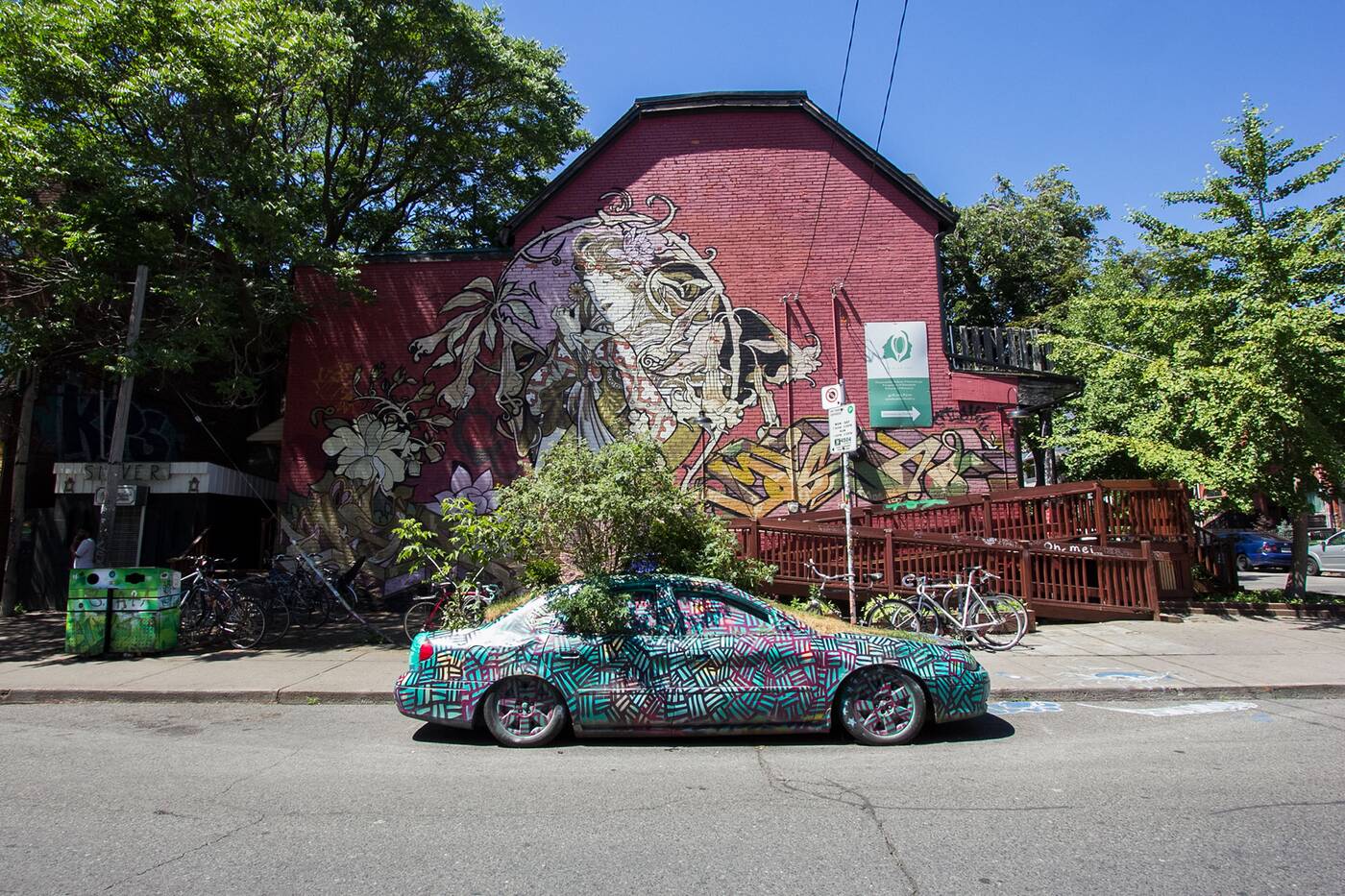