This is what the revamped park in Kensington Market looks like

After nearly two years of construction, the park in Kensington Market has finally reopened with some necessary upgrades including a new splash pad for kids, more greenery, and accessible washrooms.

Bellevue Square Park has long been the market's quintessential summer hangout spot, and Pedestrian Sundays haven't been quite the same without it since the city started construction in December 2016. 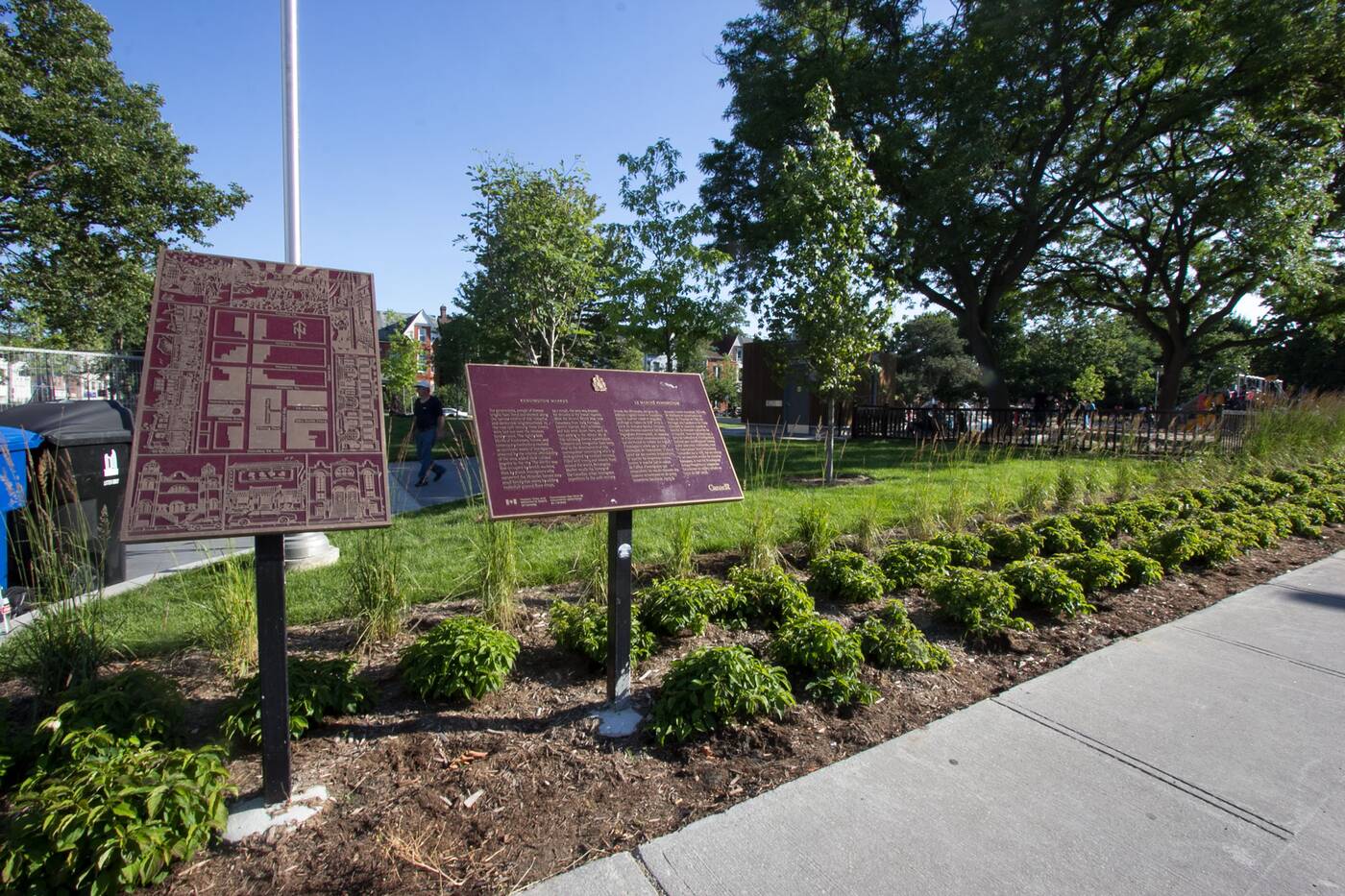 Though it took a bit longer than expected (the park was supposed to reopen in December 2017) the barriers around Bellevue have finally come down and the space looks refreshed with repaved paths and some new plants lining its perimeter. 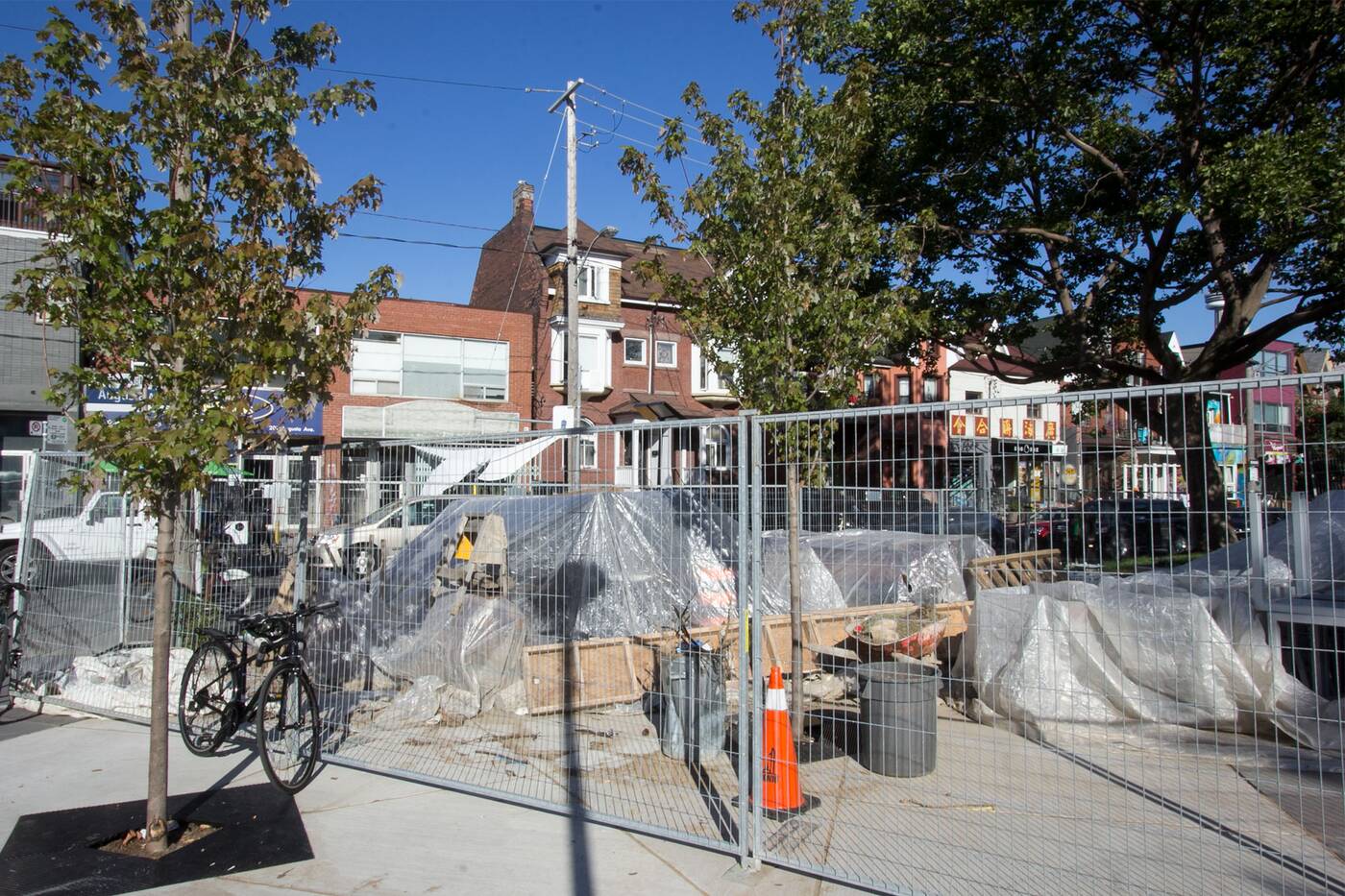 The most notable change of the park is the demolition of the old public washroom on its northeast corner along Augusta, where the last signs of work remain.

If construction is still going according to the original blueprint, there are plans to add a wooden deck here for community events — though it's unclear if and when that will materialize. 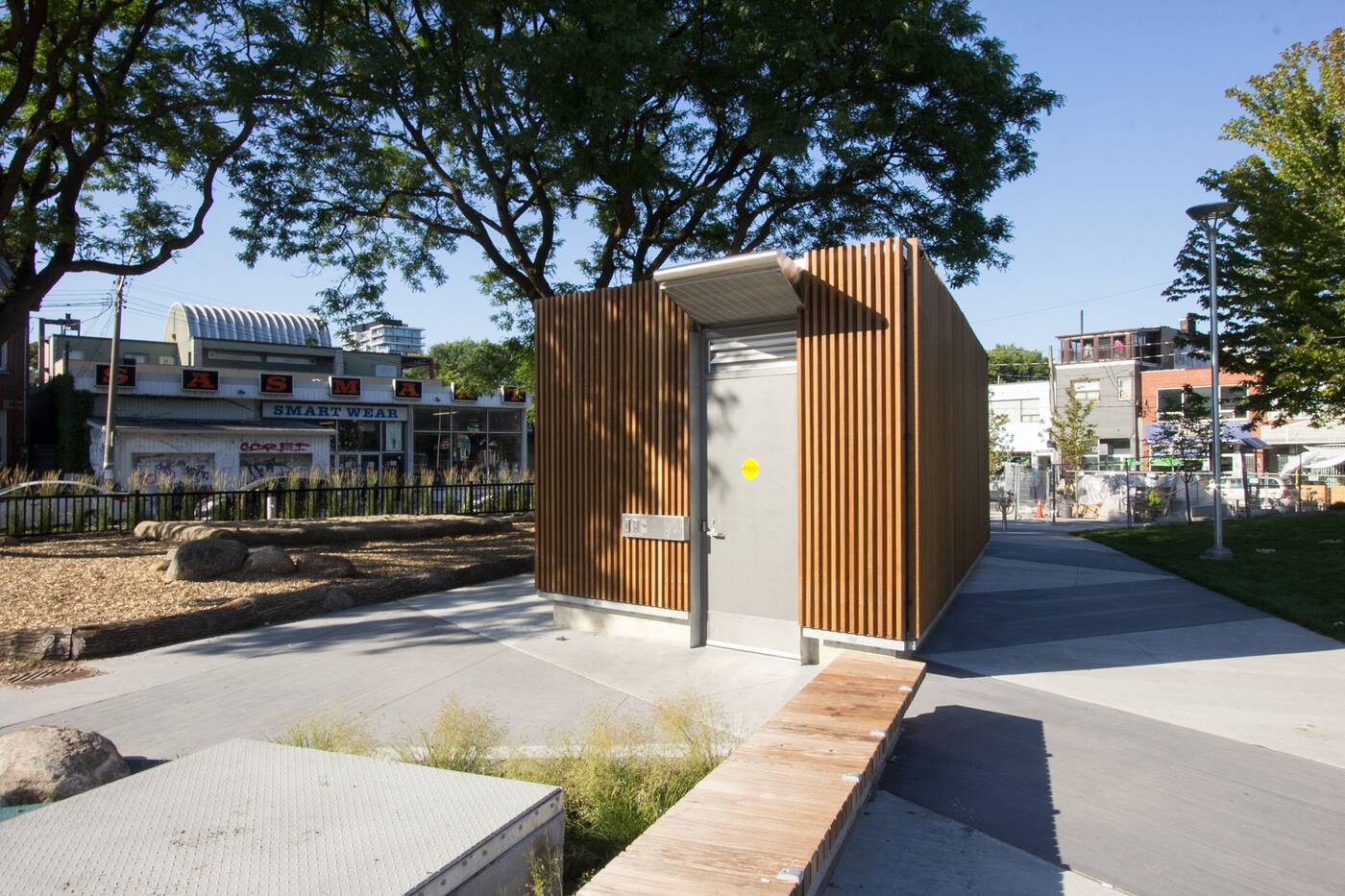 A sleek new accessible washroom has sprung up across the path, replacing the old seedy one with a facility you won't be scared to use. 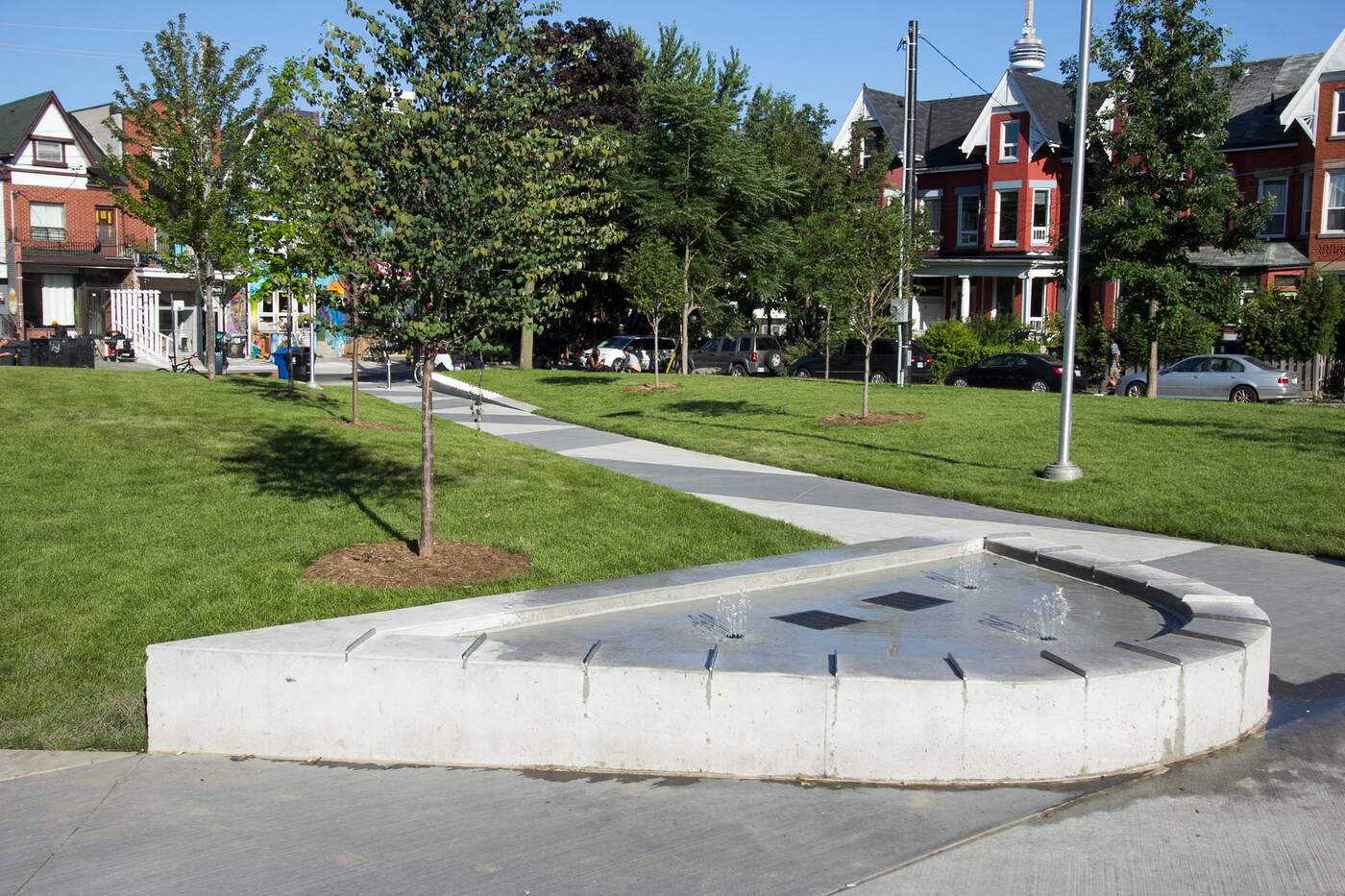 Water features have also been added around the central part of the park to supplement the children's play area, and a path leading from Augusta acts as a main feature with a zig-zagging design.

The grassy areas all around Bellevue have remained mostly the same, except that the lawn looks like it's in much better condition than before, perfect for lounging this summer. 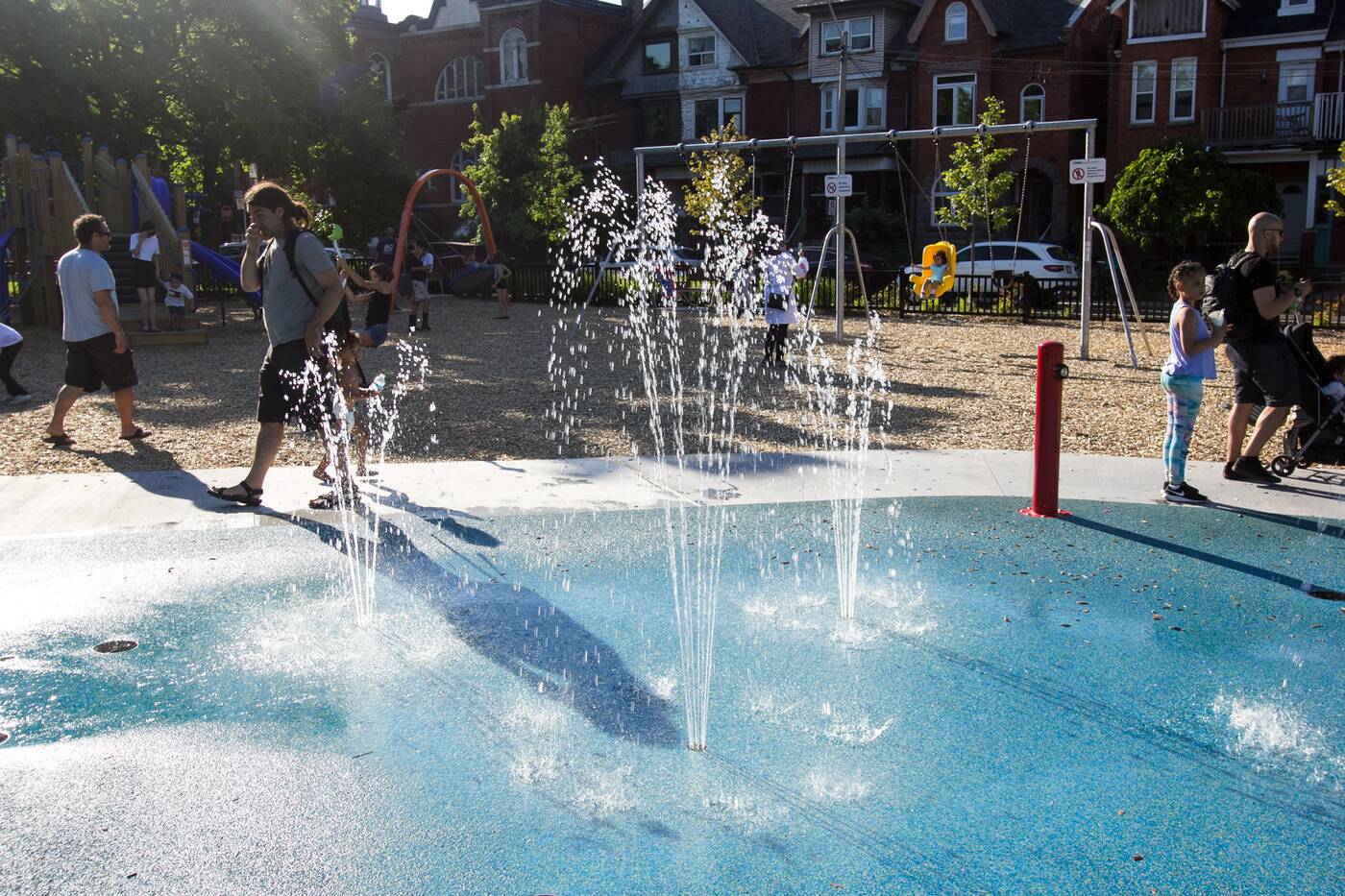 But the best part of the upgraded Bellevue is undoubtedly the splash pad, a much more futuristic version of the one that was there before. 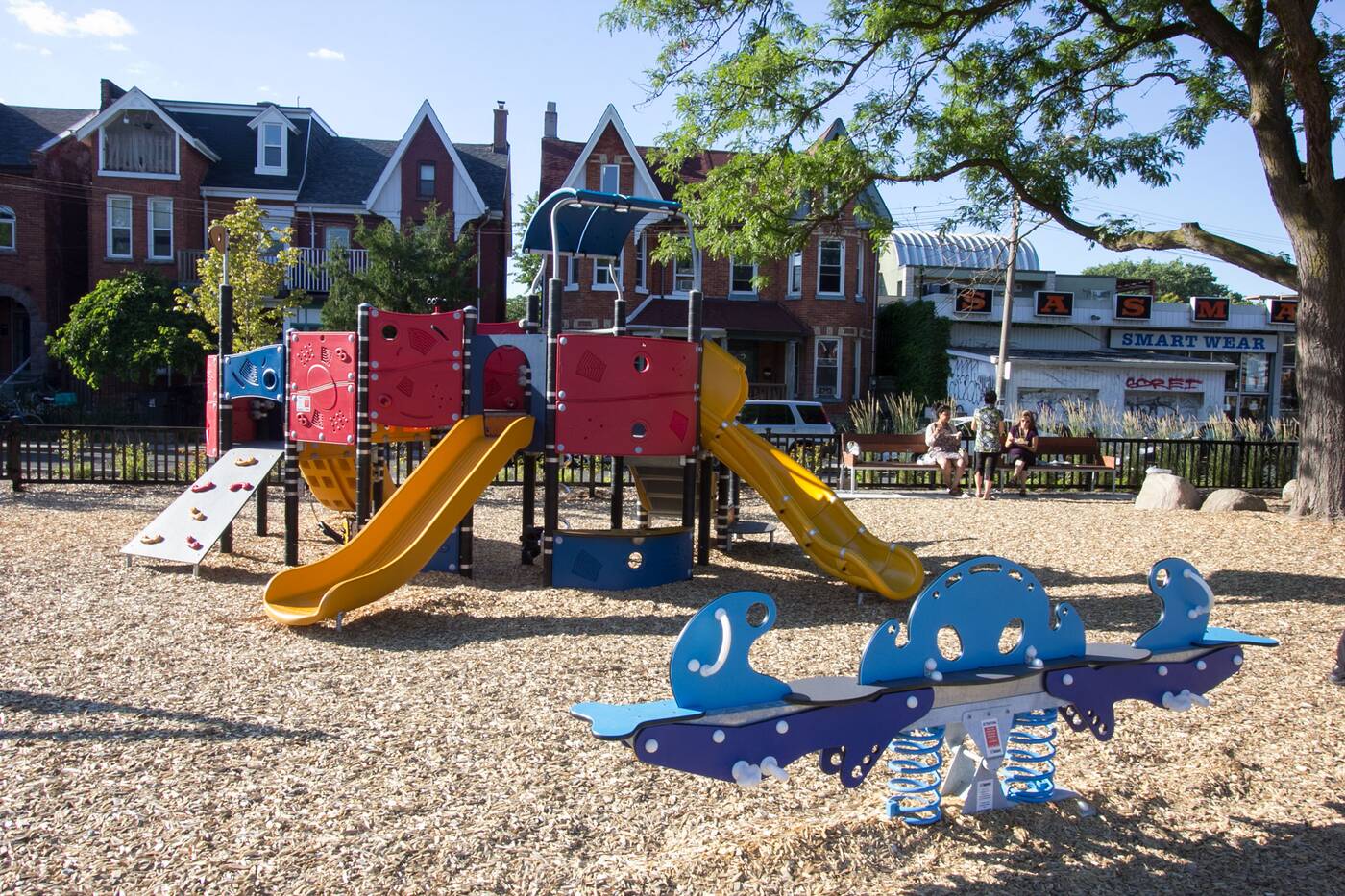 The play area is now equipped with tons of fountains and spray jets for kids to frolic in and, on top of that, the wood chip playground has also seen a boost with the latest in see-saw features and twirly things.

The changes to Bellevue might seem subtle at first, but those who are familiar with the area will notice its transformation from a worn-down community hangout to family-friendly park immediately.