Someone saw a fox eating a squirrel in Toronto

Hawks eating pigeons. Coyotes pups on train tracks. White squirrels posing for pictures. Raccoons doing pretty much anything you could possibly imagine (and a lot of things you probably couldn't.)

Toronto has a brilliant urban wildlife scene, but it's not too often we see red foxes trotting along city sidewalks, let alone with dinner in tow. 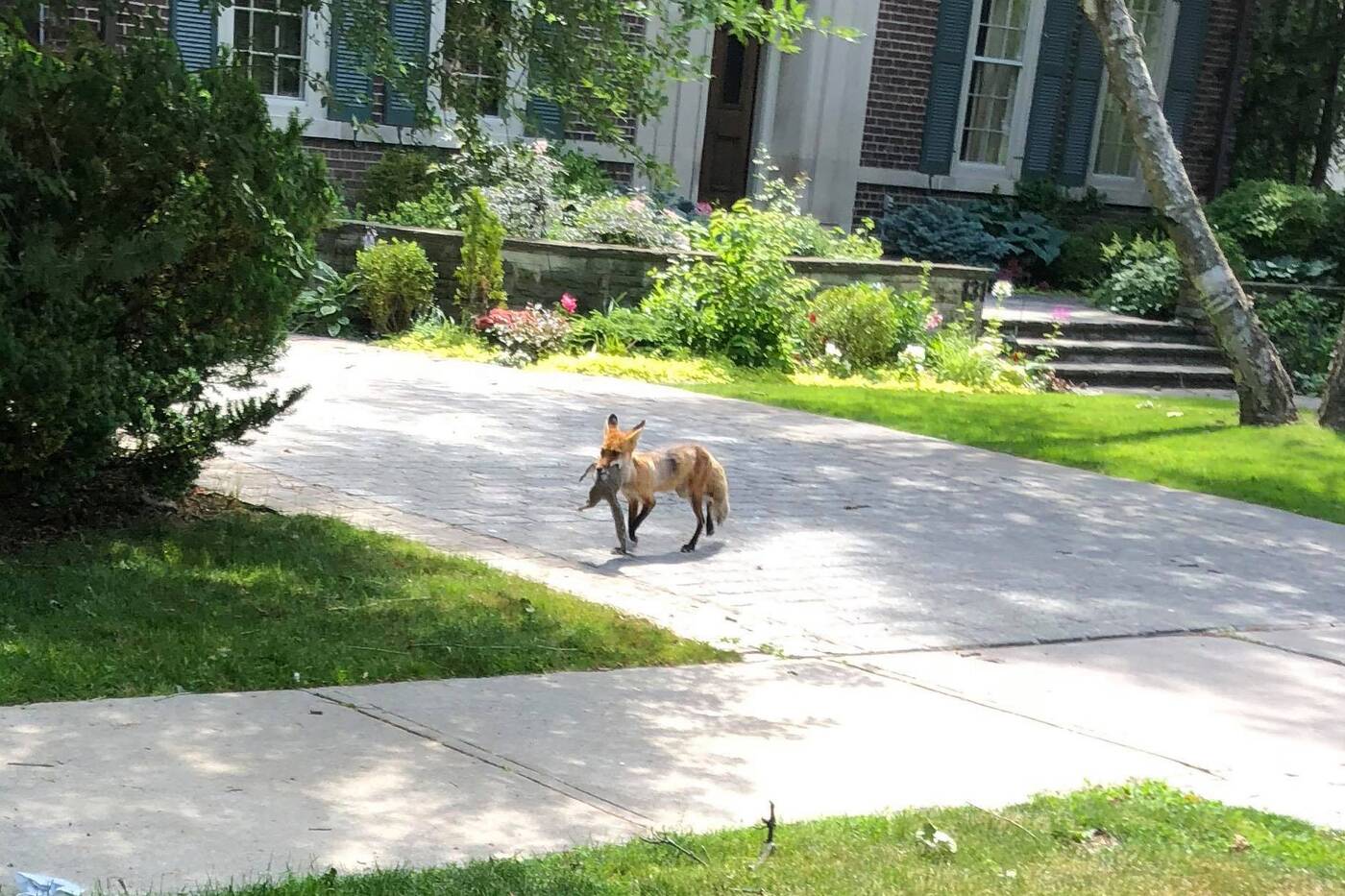 Koryn Greenspan happened to stumble upon one of the elusive beauties in broad daylight on Sunday morning just north of St. Clair Avenue West, below Forest Hill Village.

Apparently, foxes aren't all that uncommon here; they're just really good at hiding from people. They also tend to be nocturnal, like our beloved bumbling trash pandas – though they can occasionally be found "sunning" during the day, according to the City of Toronto, which sounds adorable.

This is where you should stop reading if you cry when the lions kill zebras on Planet Earth. 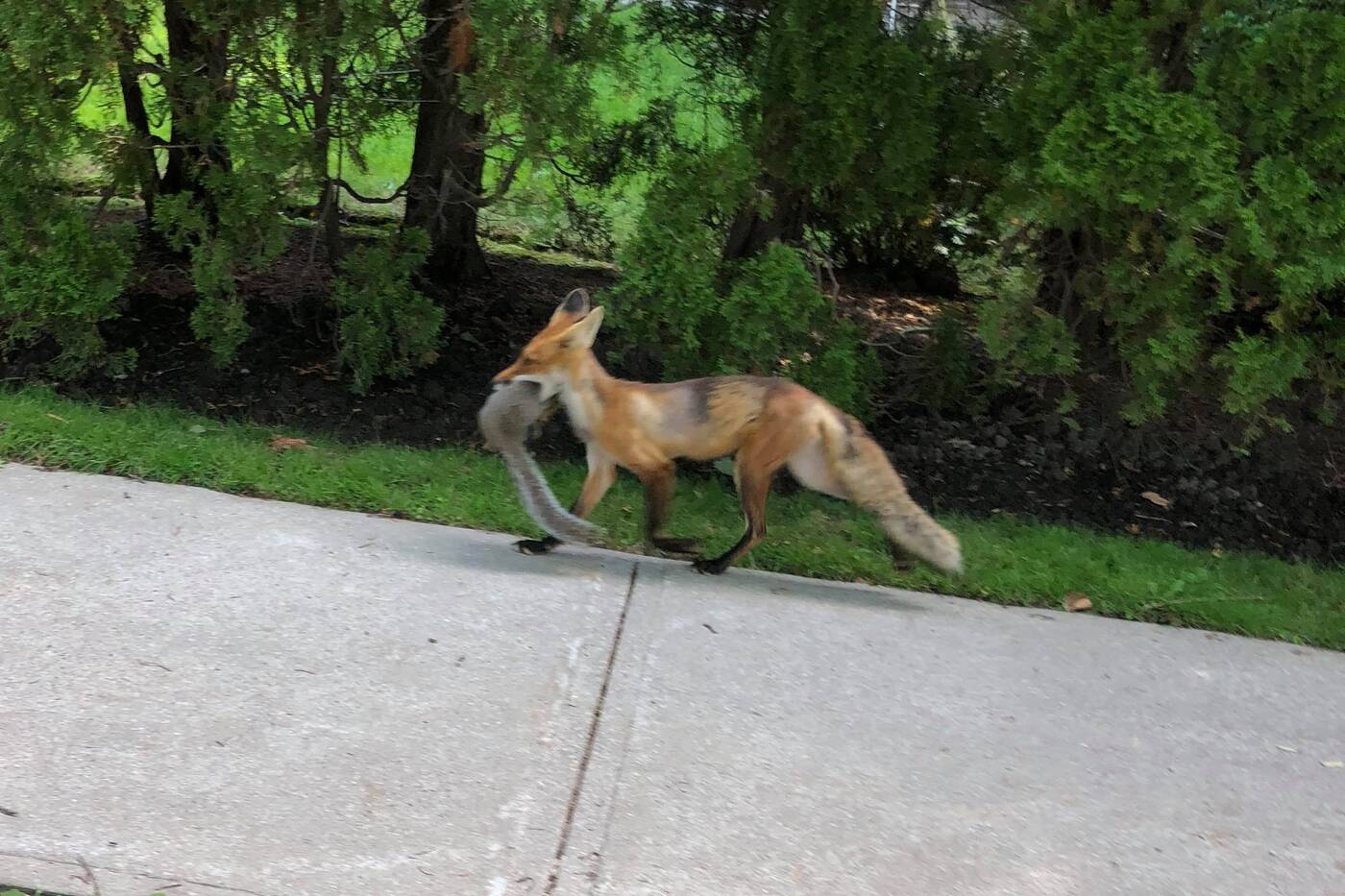 Greenspan noted that the fox she saw had what appeared to be a grey squirrel in its mouth — and not in an "aww, the fox is raising an abandoned baby squirrel as one her own!" kind of way.

Small mammals are a staple in the red fox diet, according to the Toronto Wildlife Centre, and squirrels are indeed quite plentiful around these parts.

"These intelligent animals thrive throughout Ontario, from rural countryside to urban backyards," writes the TWC. "Foxes and coyotes play a crucial role in our ecosystems, and are more common in the city than people realize." 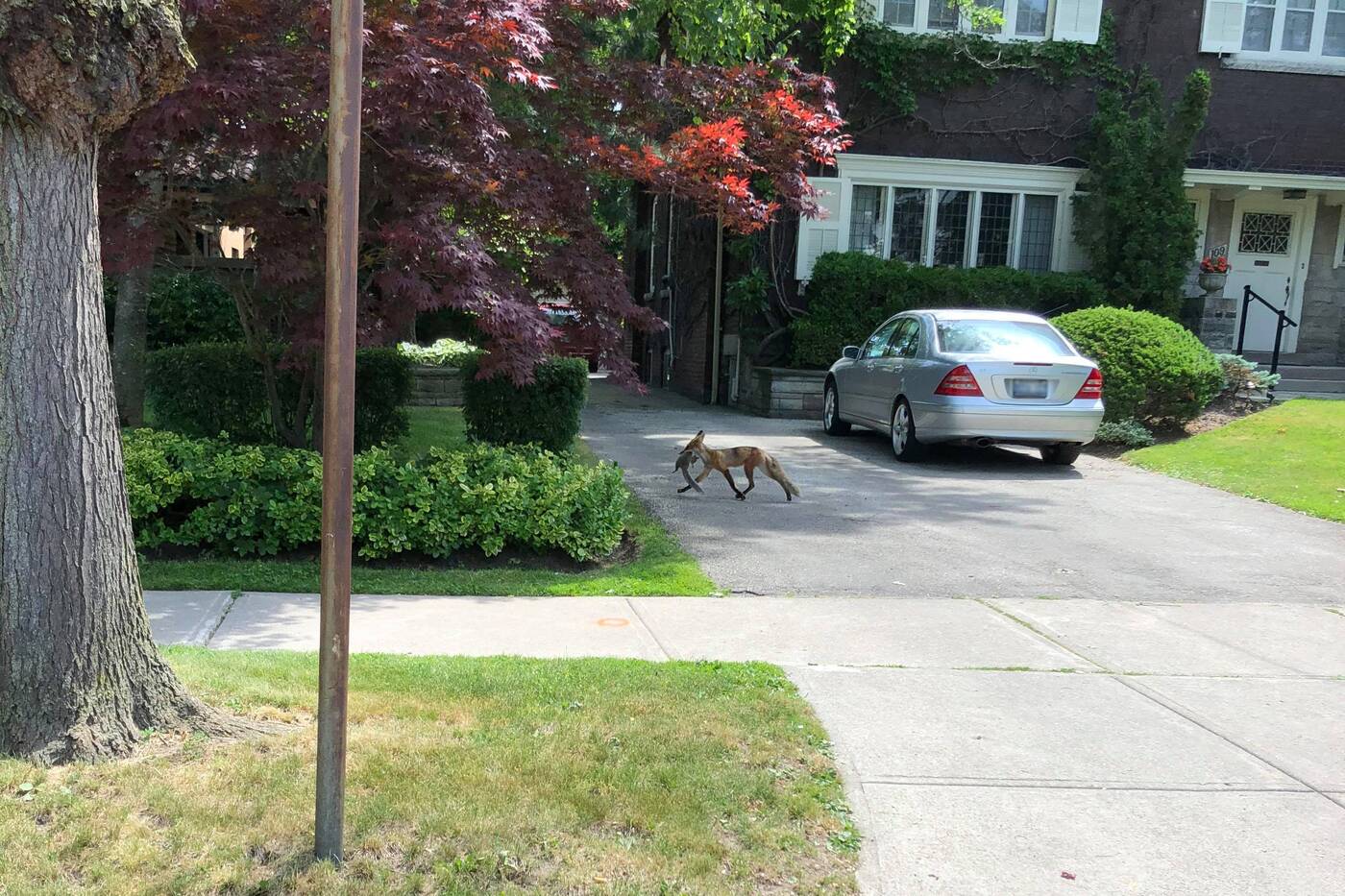 The city's website says that local foxes have been successfully vaccinated against rabies by the Ministry of Natural Resources since 1989.

Experts still advise that humans should leave them alone, however. Squirrels should follow suit.