Toronto raccoon rescued after jar got stuck on its head

Raccoons are intelligent creatures, capable of adapting to and thriving in even the most unnatural of habitats while looking cute as heck the entire time.

Toronto's own "backstreet bandits" (as the BBC calls them) will pop out of ceilings and steal doughnuts like cartoon burglars. They'll ride the subway or stroll through Shopper's Drug Mart, just because they can.

They laugh in the face of those "raccoon-proof" green bins and scale 700-foot cranes, just to poop on them.

And yet, as clever as they can be, Toronto raccoons have been known to make some risky moves in the name of securing junk food. 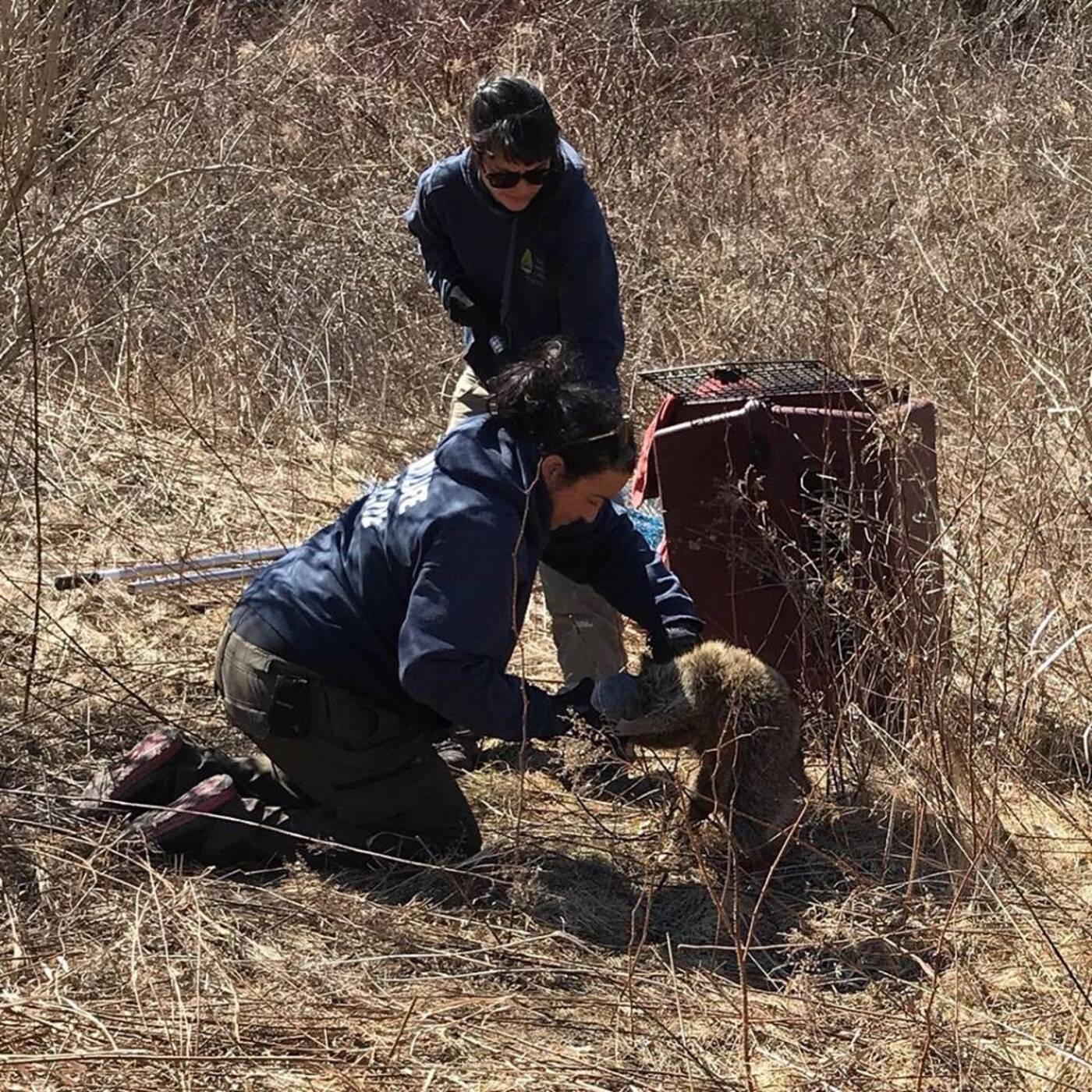 Meagan O'Connor snapped this photo of animal rescue workers helping the raccoon she spotted with a jar on his head while out for a walk. Photo by Meagan O'Connor/Toronto Wildlife Centre.

Toronto Wildlife Centre, a non-profit wildlife hospital, rehabilitation centre, rescue team and more, shares stories and photos and videos of adorable animal patients on Facebook almost every day – often in an attempt to educate the public.

On Monday, the centre shared some photos of a raccoon who'd gotten his head stuck in a jar of grease that some human had failed to clean before recycling.

Fortunately for the raccoon, a woman spotted him near a ravine in Scarborough and called TWC for help.

Wildlife workers were able to gently pry the jar from the frightened animal's head, but noticed that he had some snout and leg wounds so they took him back to the centre.

"They treated the wounds, and also gave him a bath to remove grease that appeared to be on his fur," reads the Facebook post. "After 5 days in care, he fully healed and was released near the ravine he was found."

Wrong. Had he not been found, things could have ended tragically for this little guy.

"Make sure to clean all recyclables before putting them outside in a tightly secured bin!" cautioned TWC in its post about the raccoon.

In 2015, the centre posted footage of a similar rescue in which a raccoon had become trapped inside a mayonnaise container.

Bears, cats, dogs, deer, coyotes, skunks and many other creatures have either been rescued from, or found dead with jars on their heads in recent years.

"Animals will do that. If they smell something appetizing they'll put their heads in there to get the snack and won't have the dexterity to get themselves out," said wildlife rehabilitator Cath Horvath to a local news station in New York following an incident with a raccoon last summer.

"The best advice is when throwing out a jar, make sure to put the cover back on."

PETA similarly encourages everyone to rinse out containers, crush cans and cups, screw lids on jars, and cut open empty cardboard and plastic vessels so that small animals can't get their faces or heads trapped inside.

It might look cute, but it can be fatal.