The automated checkout machines at Shoppers Drug Mart have taken their fair share of heat in recent months, but at least one Toronto citizen likes them just fine, thank you very much.

A raccoon was spotted roaming the Shoppers Drug Mart at Lakeshore and Leslie this weekend, amusing customers, staff and anyone who saw photos from the scene. 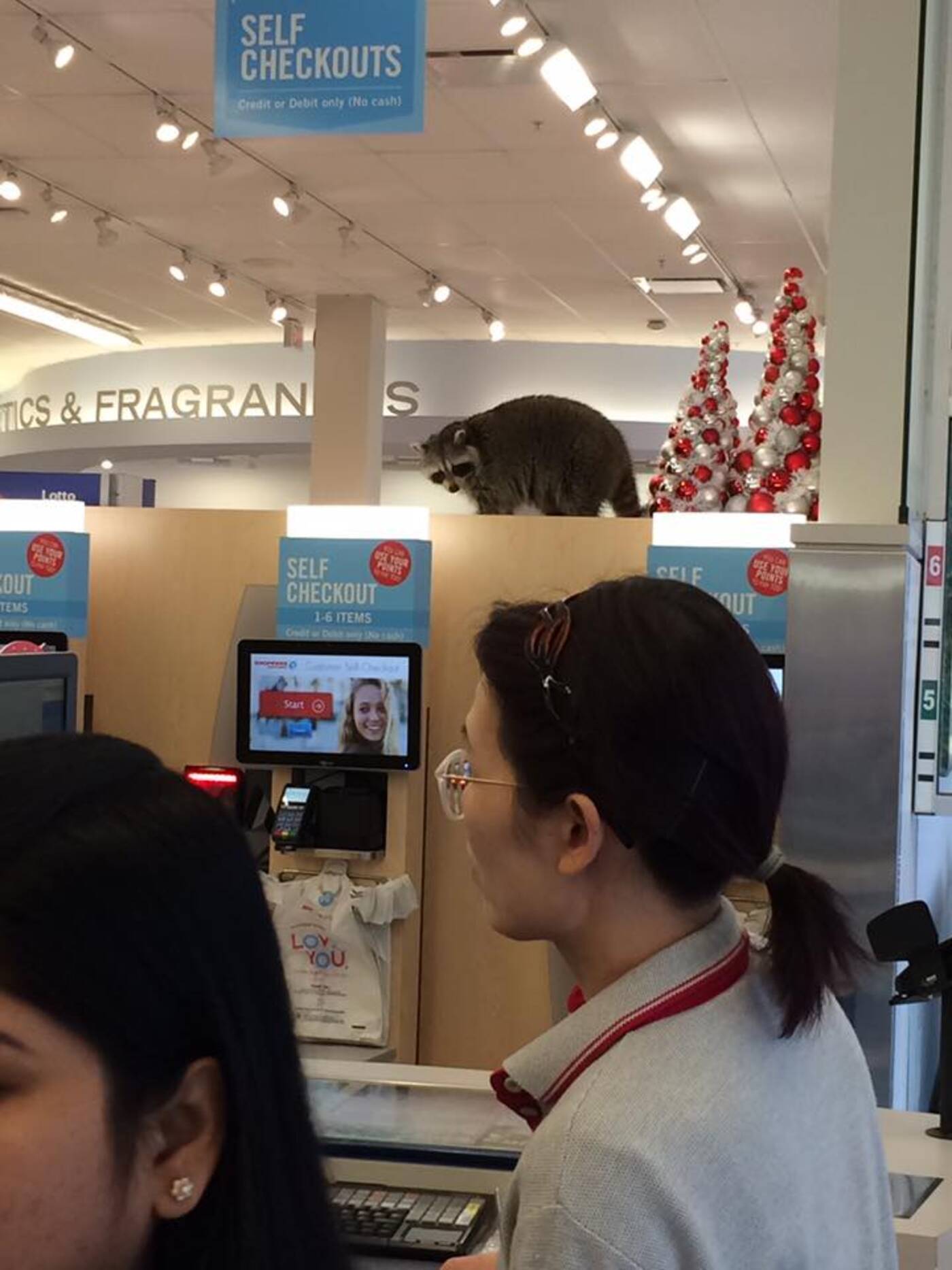 Several pictures of the little guy were posted on Reddit and Facebook, all of them showing the critter hanging out atop a row of self checkout machines.

In one photo posted to Reddit, the raccoon almost appears to be peeking over a barrier to look down at the checkouts (or whoever might happen to be using them) like some sort of adorable security guard.

Someone wrote in a Leslieville-based Facebook group that her aunt, a cashier at Shoppers, was working during the raccoon's brief reign.

"For all those curious: yes it was real, yes it was just hanging out in the store all day, and yes it is the location at Lakeshore and Leslie," wrote Seimi Morimoto on Sunday. "My aunt (the cashier in the photo) confirmed this when she got home from work. Lol." 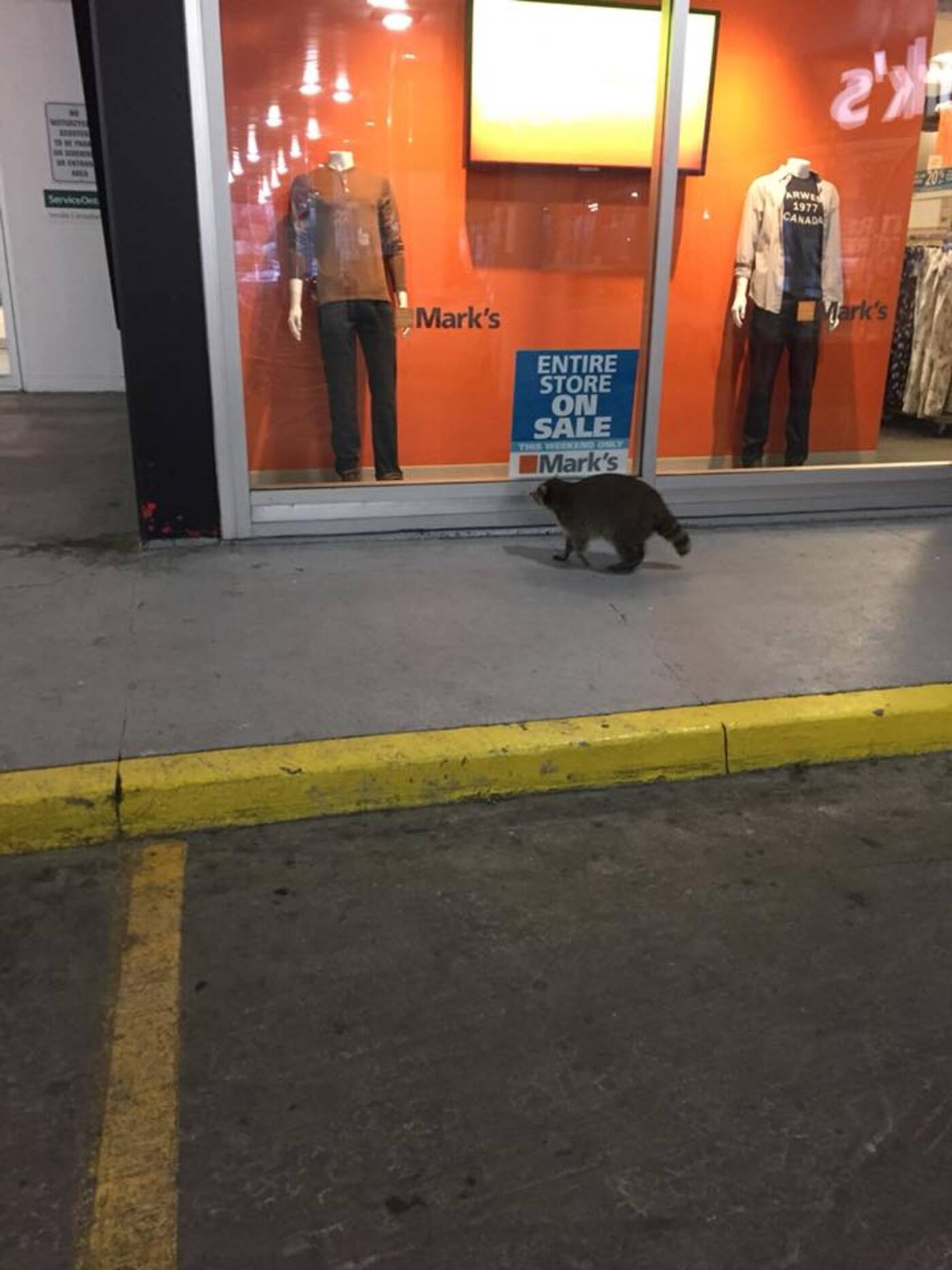 Someone else in that comment thread shared a picture of the raccoon in front of a Mark's, writing "I saw it window shopping a few stores down earlier this morning."

It is not known where the mischievous little scamp is now, or if he had any involvement in the most recent raccoon-related TTC subway delay.