Nature is all around us, friends, even when we don't really want it to be.

A majestic red-tailed hawk was spotted on Monday eating its lunch – a Toronto pigeon – near College and Spadina, right on the sidewalk in front of Canada Computers.

Red tail hawk enjoying some street meat," wrote Ian Milne in the caption of a video he shot and shared to Instagram.

The video, while short, is graphic – but in an intriguing way. Especially if you're into gritty urban nature docs (or hate pigeons).

Milne's footage shows the sizeable hawk straight up devouring a smaller bird as snow falls all around it, pausing only to chew or pull at some flesh.

Not even people passing by could distract the mighty bird from its meal as it tore through bone and feather with ease.

"Likely the bird is injured," he told someone in the comments. "I had to put rope around them to stop textwalking zombies from stepping on them."

It's not unheard of to see birds of prey in the urban jungle, though they usually don't start showing up around Toronto until late February or early March. 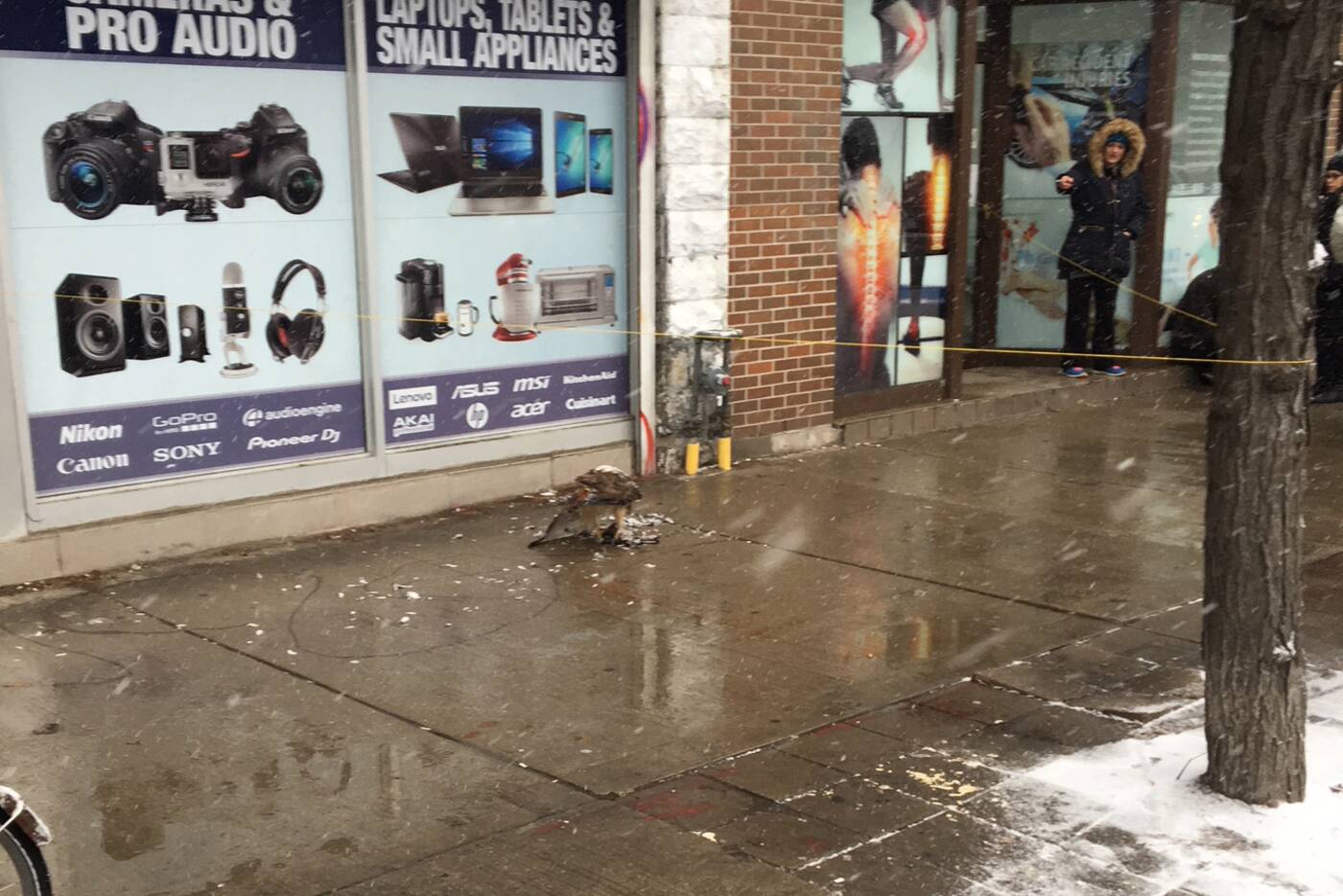 Hawks have also been known to chow down on pigeons, but it's not a staple of the animal's diet. According to the Ontario Wildlife Foundation, red-tailed hawks eat mainly of rodents like mice, gophers, chipmunks, voles and squirrels.

Sightings of Toronto raptors (as in birds of prey, not basketball players) have been popping up quite regularly local social media channels lately, suggesting that people might be getting more into local wildlife.

Either that, or the number of hawks and owls are rising downtown – in which case, look out pigeons.