HTO Park is Toronto's other fake beach by the lake

Take some sand, a few colourful umbrellas, and views of the lake, and what do we have? An urban Toronto beach.

HTO Park, just like its counterpart Sugar Beach further east, is home to a manmade beach replete with a boardwalk, Muskoka chairs, and giant yellow umbrellas. 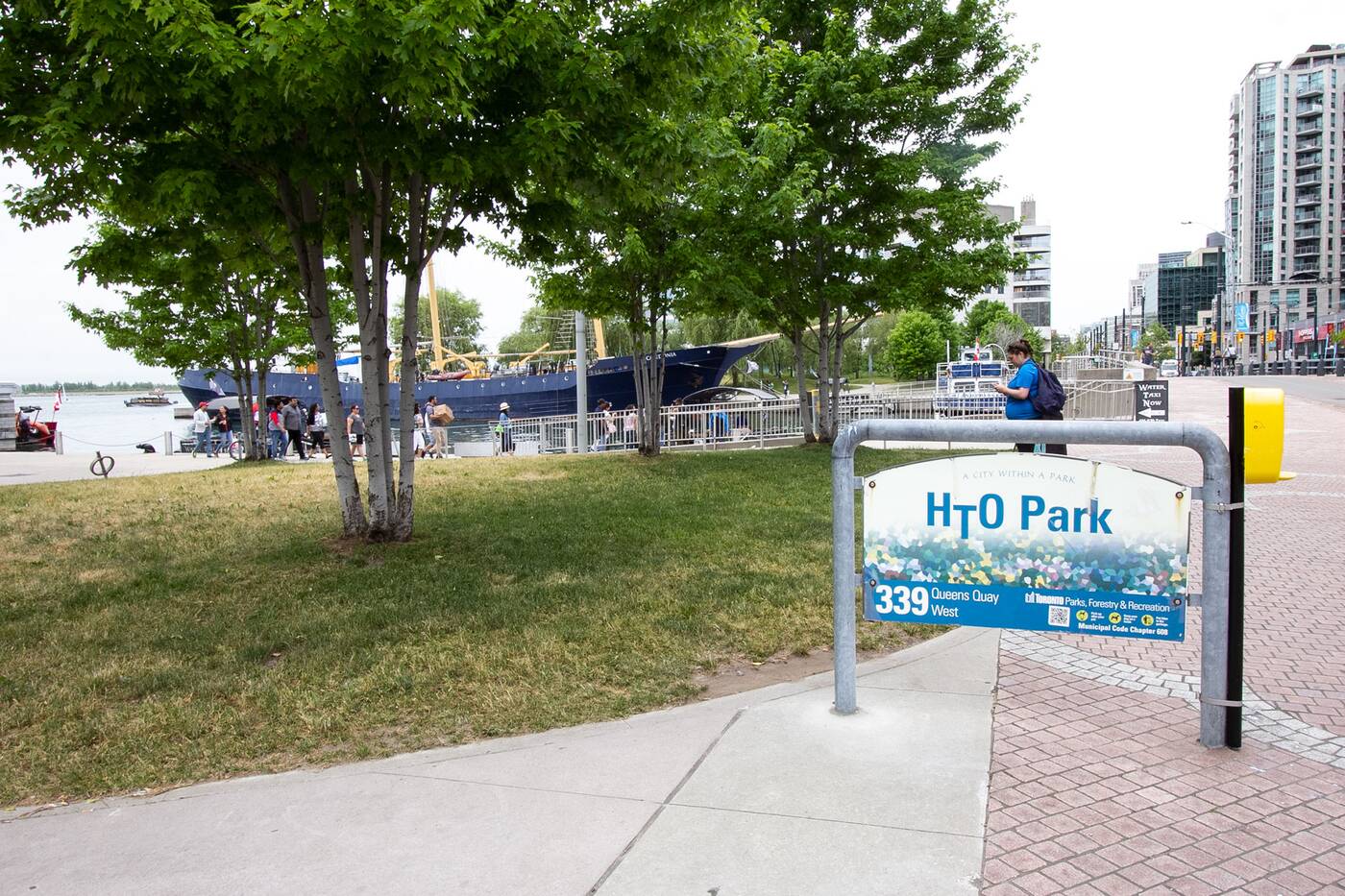 Built in 2007 by some of Toronto's most well known architects (Hariri Pontarini, JRALA and Montreal-based ingenue Claude Cormier), HTO's name is a remix of two terms: H20 (the chemical formula for water) and T.O. (Toronto, of course).

The project transformed large swaths of industrial land — parts of which had been empty since the 1980s — into something far more useable, helping to revitalize the harbour into the tourist-friendly area that it is today. 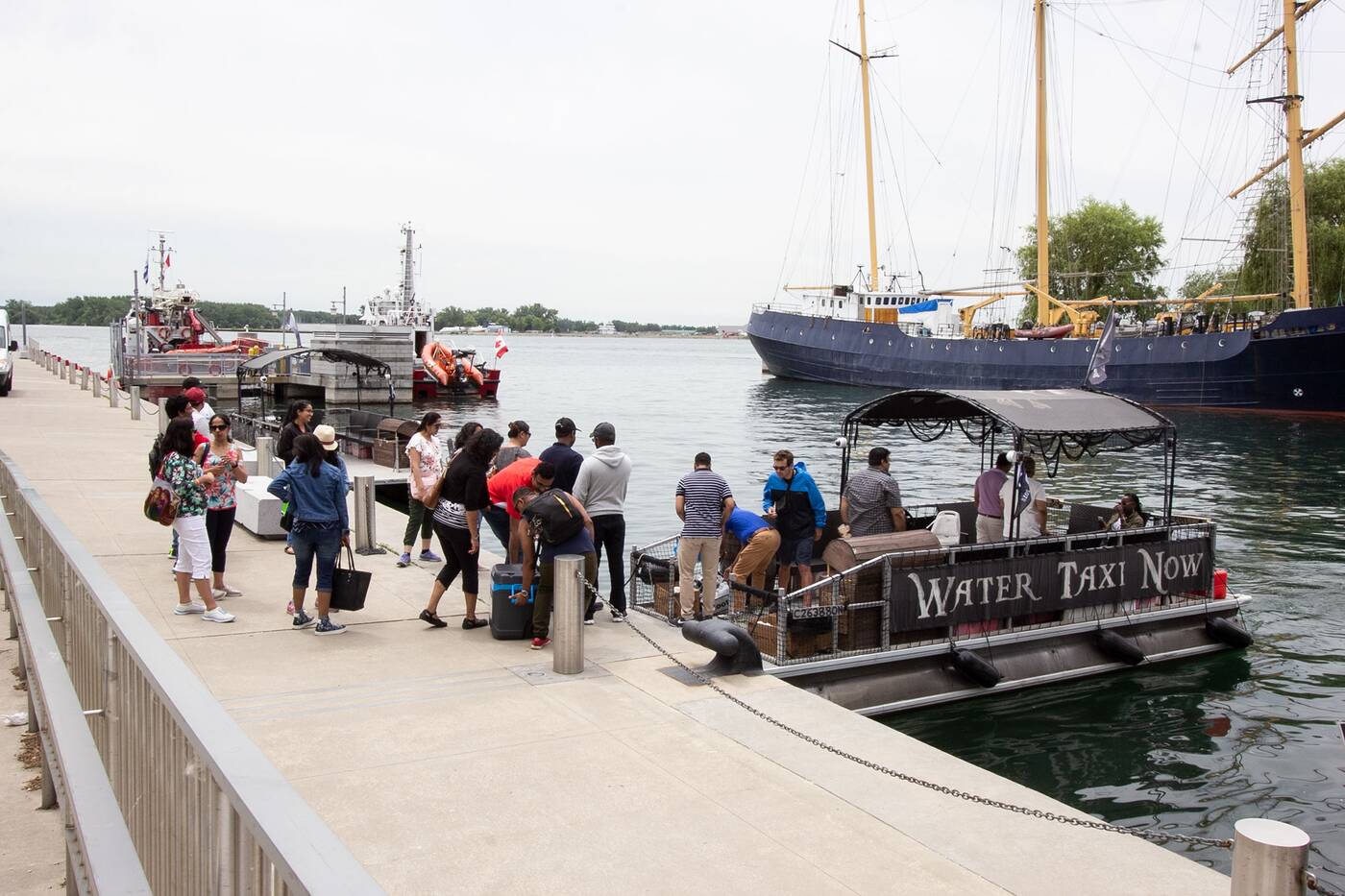 Water taxis take passengers around the lake from the Harbourfront Centre Marina.

Located not far west from the Harbourfront Centre, the docks surrounding the park are hotspots for visitors embarking on water taxi adventures that take you from dock to dock. Further to the western edge of the park you'll find stored canoes with boats and canoes for rent. 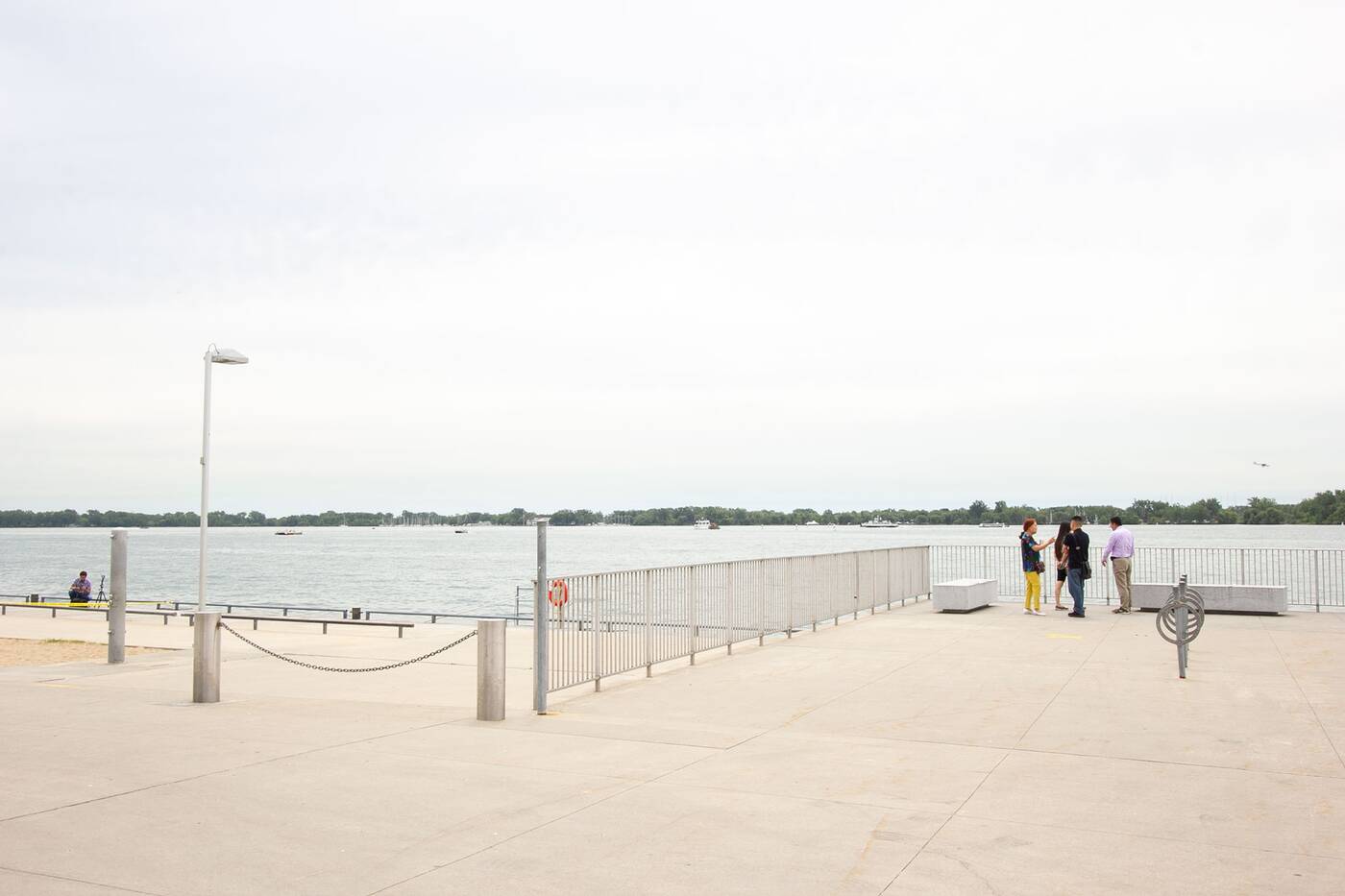 The eastern portion of the park includes HTO beach.

The park takes up 4.3 acres of land and consists of two major areas: its eastern portion on Maple Leaf Quay, which includes the faux beach area marked by yellow umbrellas, and the western portion on what used to be the Peter Street Slip.

From an aerial perspective, the park's grassy hills are meant to resemble a putting green, golf course-esque sort of pattern. By foot the mounds lose their patterned effect, though the trees and the shade they can still be appreciated in the summer. 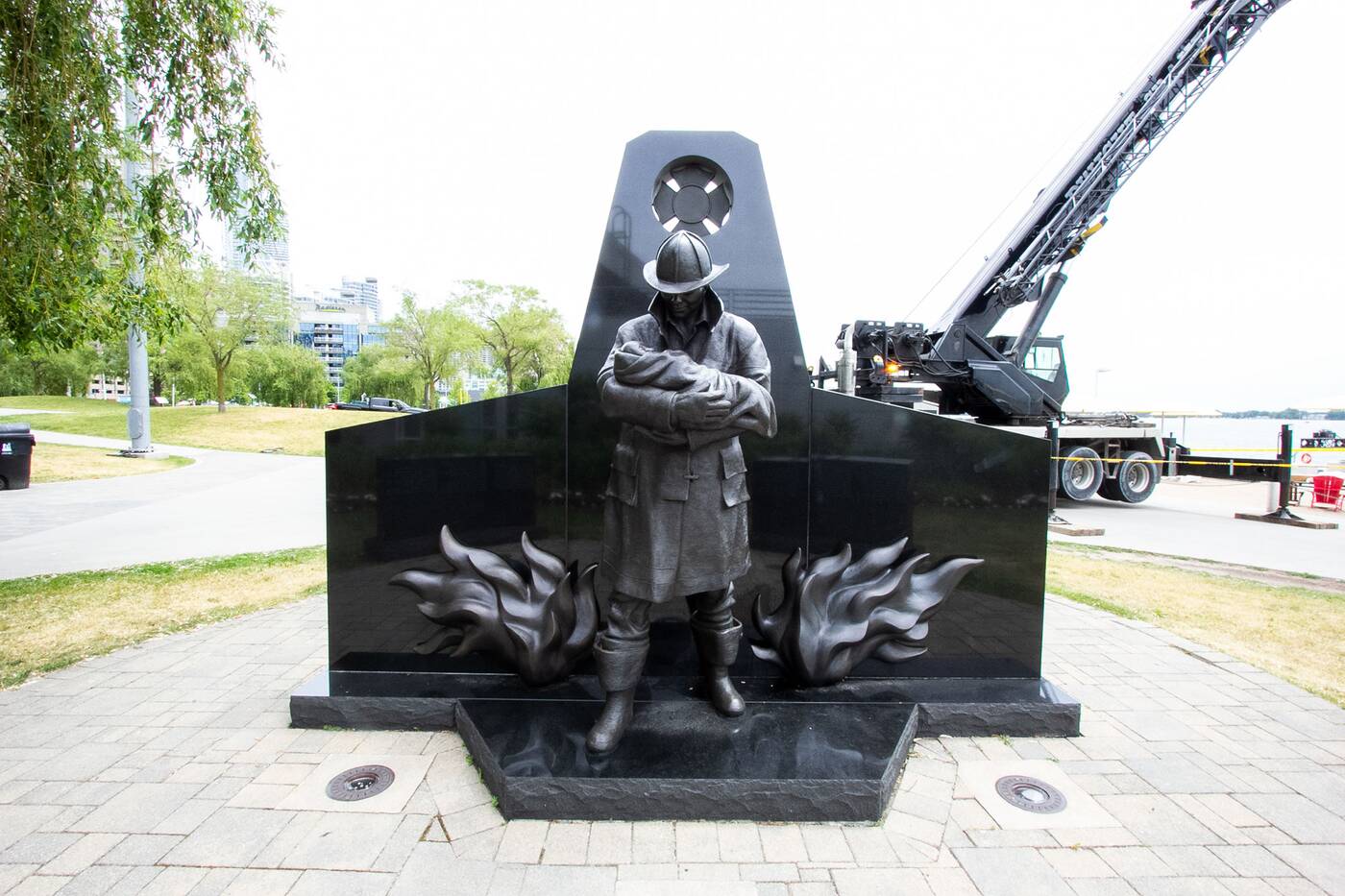 The granite Fallen Firefighter Memorial pays respect to Toronto Firefighters who have died in service.

Home to a collection of fun summer events, from artisanal markets to giant beach balls as part of the Redpath Waterfront Festival, you'll also find the Marine division of the Toronto Fire Services station on HTO Park East.

Expect this park to get busy in the summer, as it's one of the closest attractions to the main drag of Harbourfront. Try your best to get there early so you can save a spot under one of those coveted umbrellas. 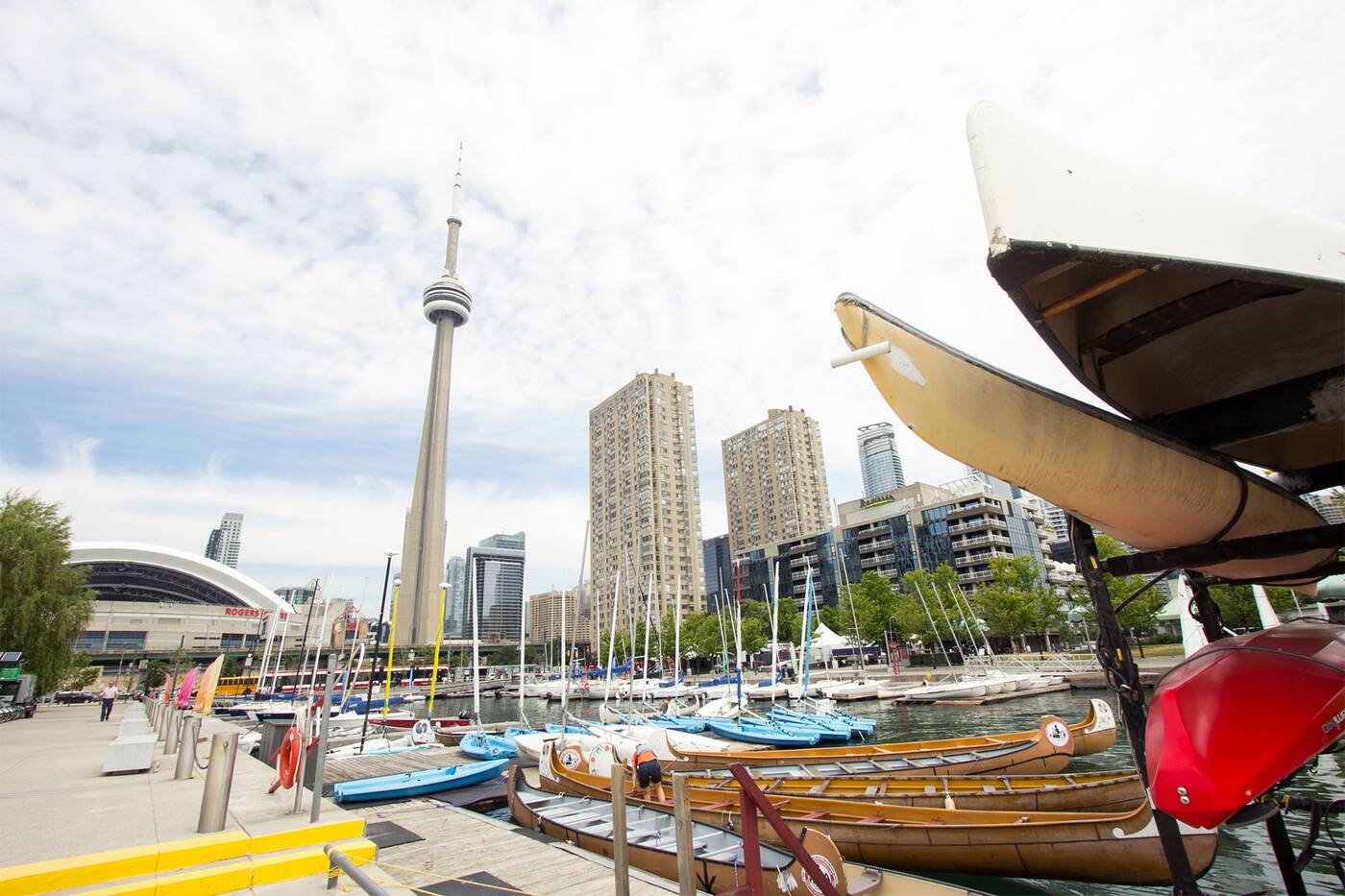