As the city builds upwards, the importance of landscape architecture that's accessible and effective — that is, a space that the public actually wants to use — has become an increasing necessity, and so far Toronto's been doing a pretty decent job.

Just look at Berczy Park with its dog fountain (hate it or love it, those little guys draw in the lunchtime crowds), Sugar Beach with its candy-pink umbrellas, or the greenification of the Don Valley Brick Works.

Over the years, all three destinations have transformed into highly frequented public spaces, and it's largely thanks to the award-winning Montreal-based design firm, Claude Cormier + Associés. 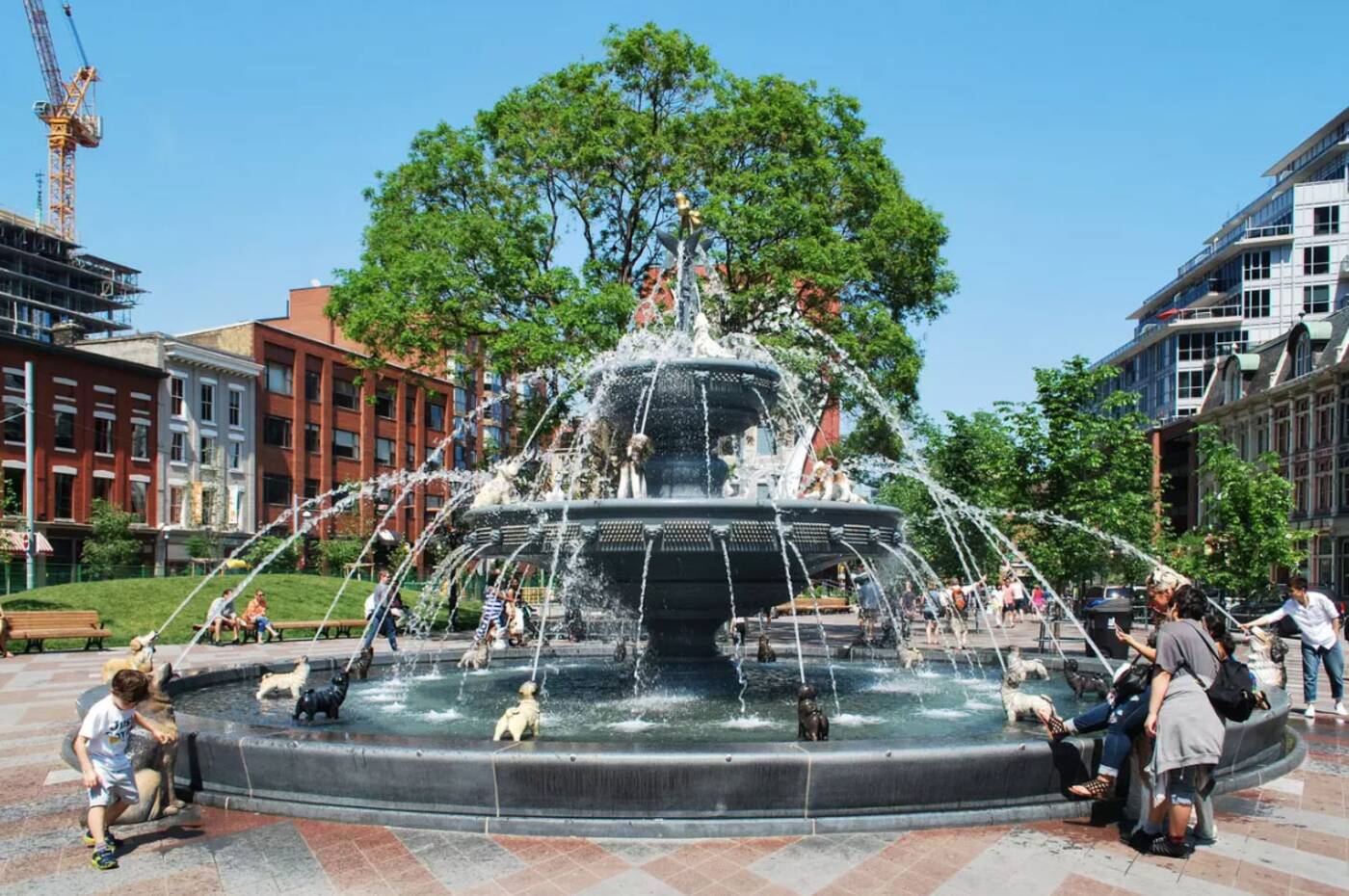 Headed by celebrity landscape architect Claude Cormier, the company has been responsible for the sleek, often playful redesigns of public spaces around the world since 1995.

The first large-scale project the firm was responsible for in Toronto was 2003's design of HTO Park, where it partnered with Janet Rosenberg and Studio and Hariri Pontarini Architects to turn two old quays into a unique urban waterfront park.

Since then, the firm has gone on to shape Toronto's landscape by beautifying areas where incoming condos might otherwise have dulled adjacent public areas. 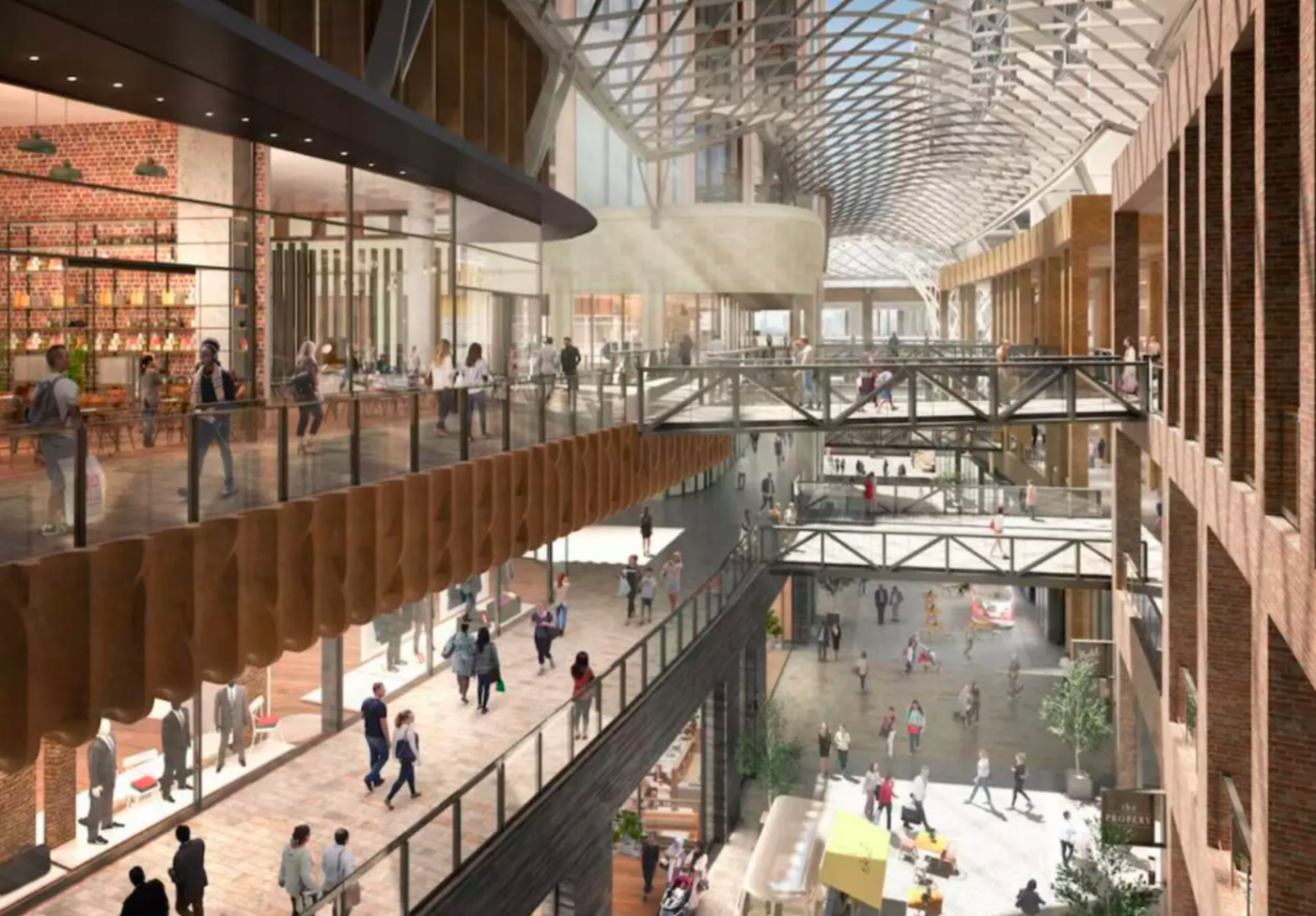 The Well will feature a shopping area and a European-style food court. Photo by The Well.

Case in point: the Sony Centre's integration with the L Tower and the ensuing Sony Plaza with its "Dream Ballet" — a prime photo-op spot for George Brown grads post-Sony Centre ceremony.

Claude Cormier + Associés condo endeavours include The Well: a highly anticipated condo replacing the old Globe and Mail headquarters with a mixed-use development that will also feature a huge European-style food court and market.

And even more exciting than the firm's nearly complete Daniels Waterfront project are its proposed public realm improvements for the Commerce Court redesign by the real estate company QuadReal. 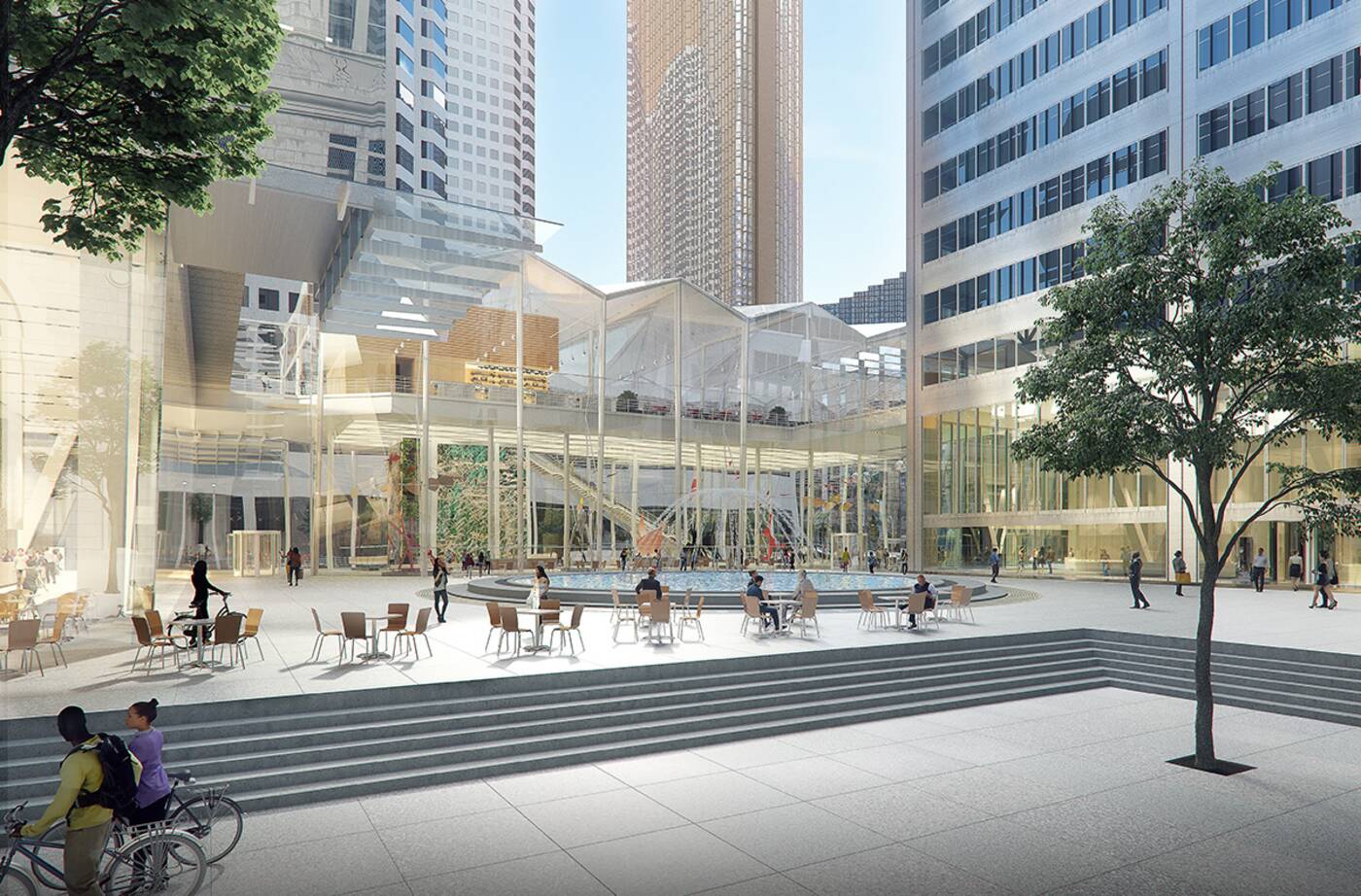 The new Commerce Court's Pavilion is designed as a culinary and arts hub. Photo by Claude Cormier.

Aside from streetscape upgrades and the sprucing up of the Bay Street stairs with planters and seating, Claude Cormier and his team are also suggesting the construction of a new four-storey culinary and arts hub called The Pavilion, which will house rotating art installations.

While not everyone will root for the construction of Toronto's tallest office tower (QuadReal is proposing a new 64-storey building), a public space dedicated to the food and creativity is something that most city-dwellers can get behind.