As the Globe and Mail building continues to be dismantled along Front Street West, more information has come to light about its future replacement, The Well. 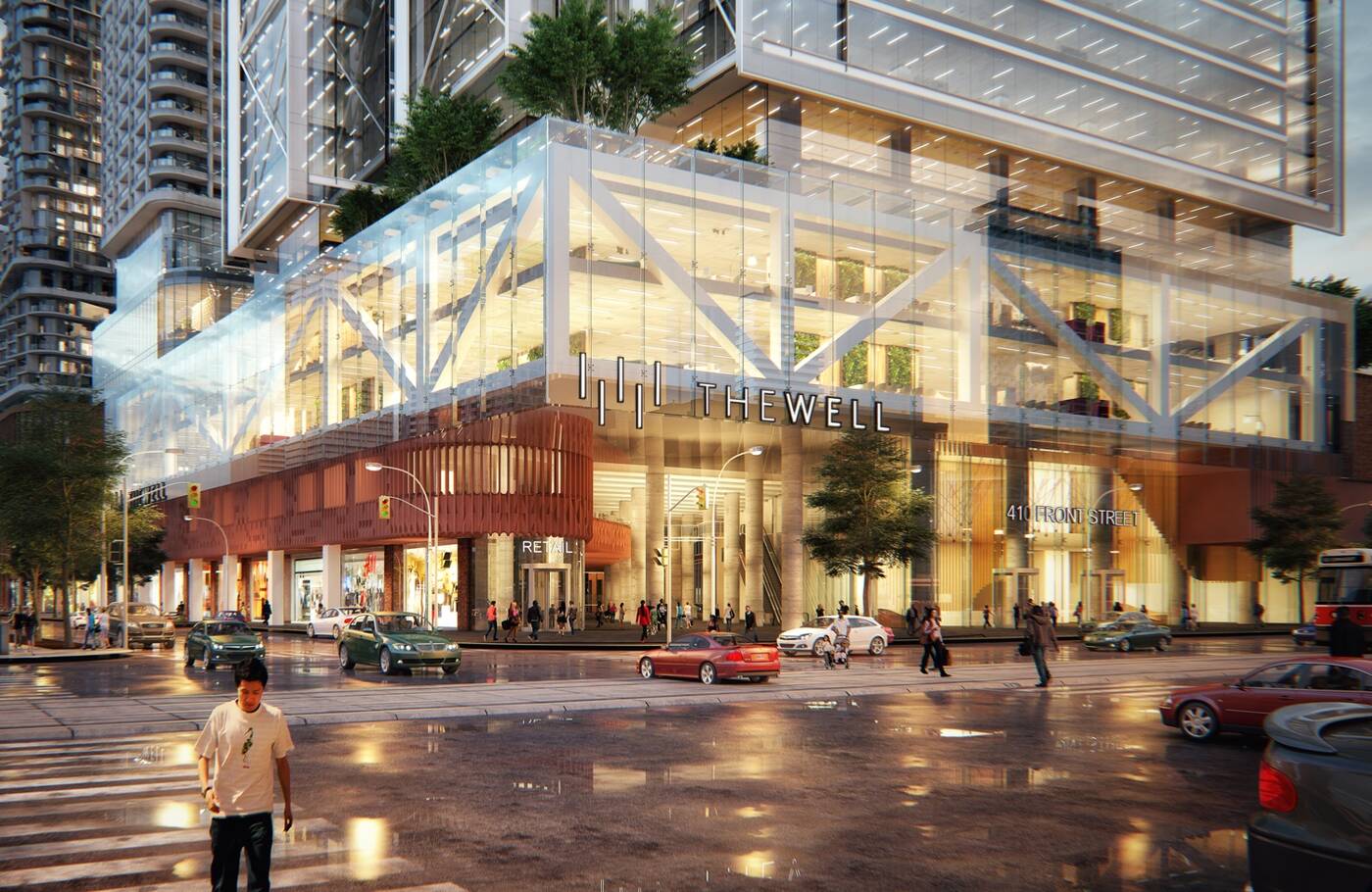 We already knew that this development was going to have a huge retail component, but according to Urban Toronto, the latest plans also call for a sprawling European-style market hall that'll feature 89 stalls offering everything from fine meat and cheese to luxury cookware. 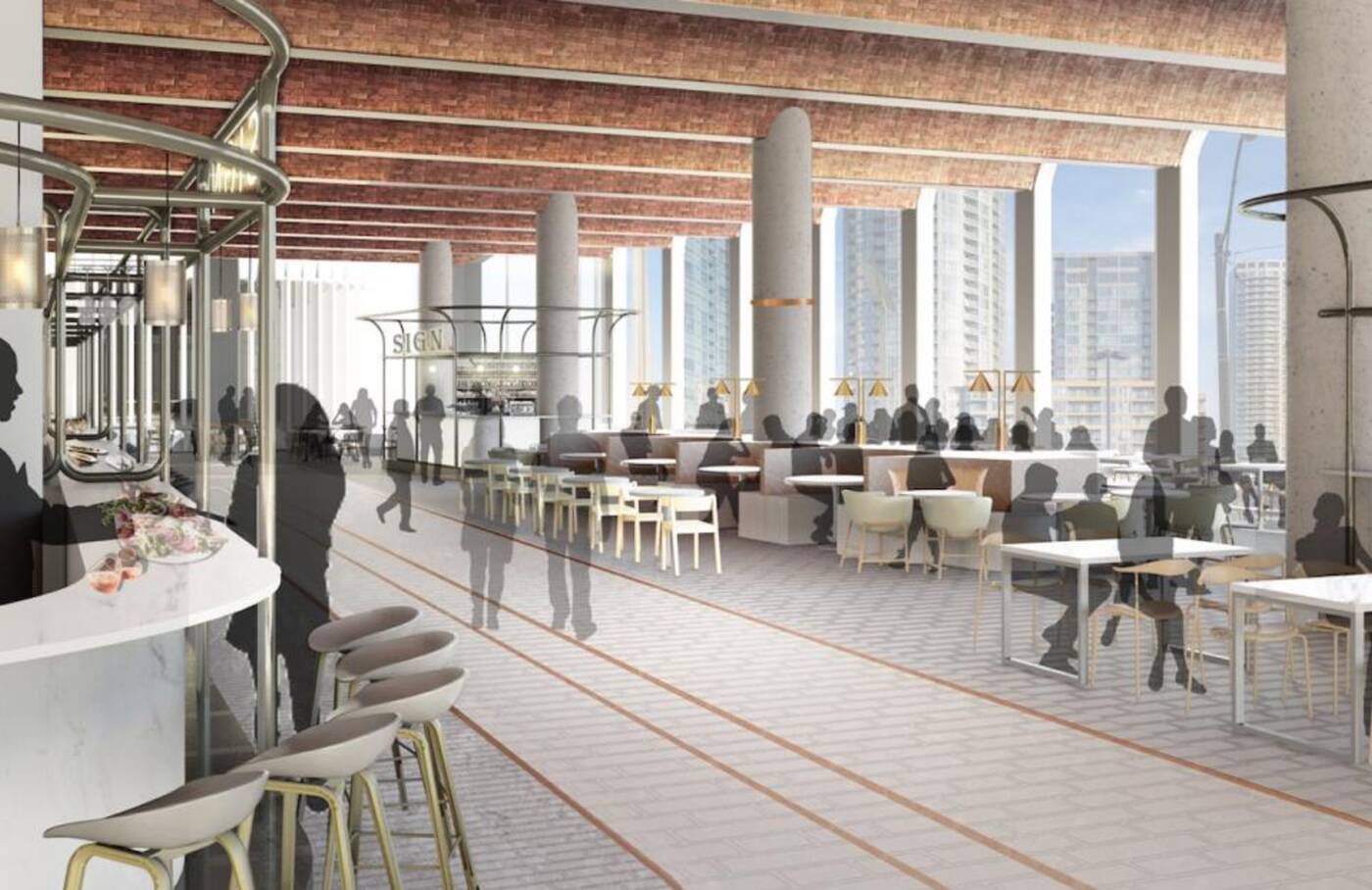 The market area will be located on the lower level of the retail portion of the development, above which will be what's being called the food hall. This will essentially serve as a high end food court that'll cater to shoppers, residents, and office workers. 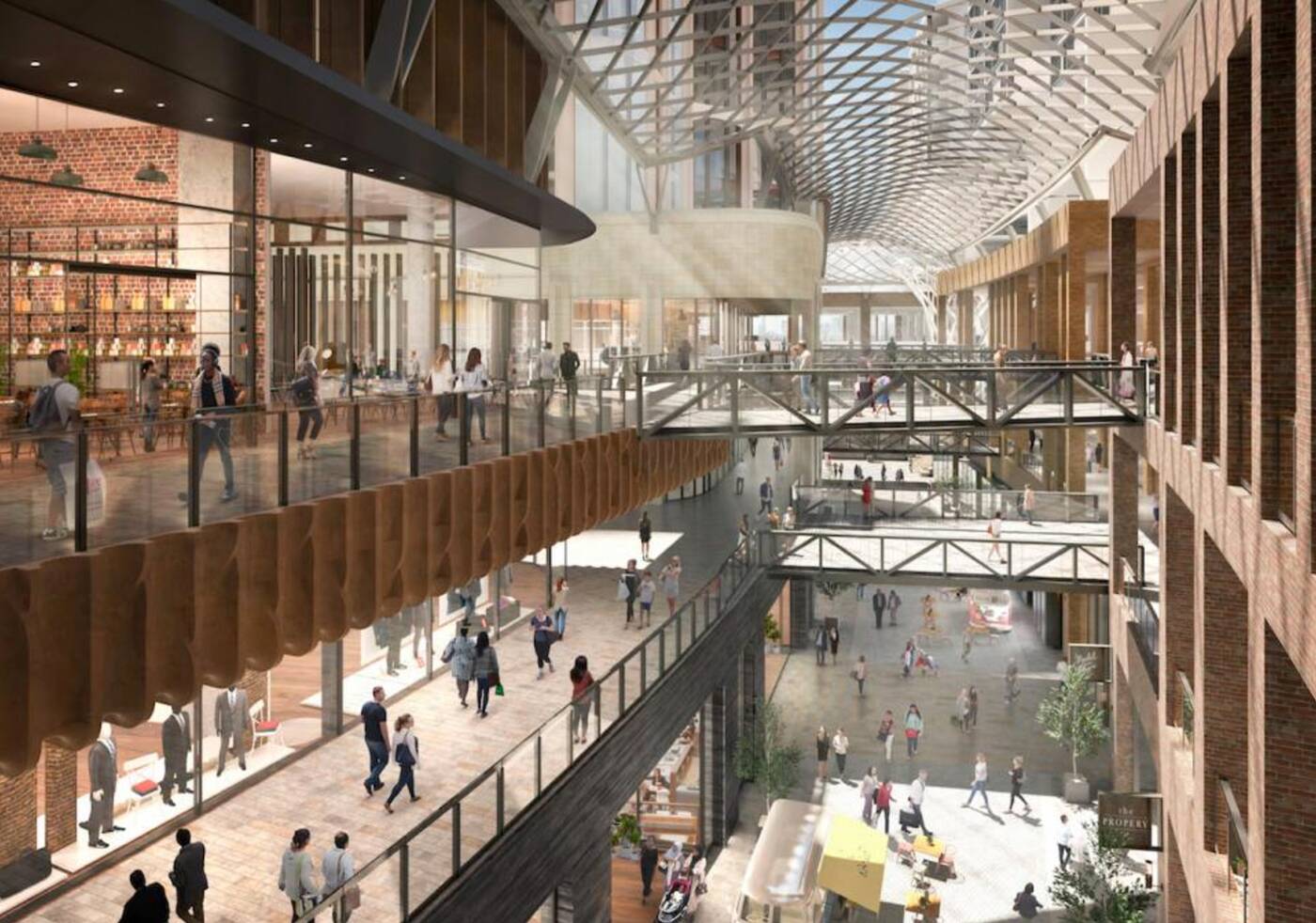 In addition to these already robust food offerings, the developers and retail architects BDP also envision as many as 12 restaurants on the site, nine of which would be located on the ground floor of what looks to be an impressive galleria space. 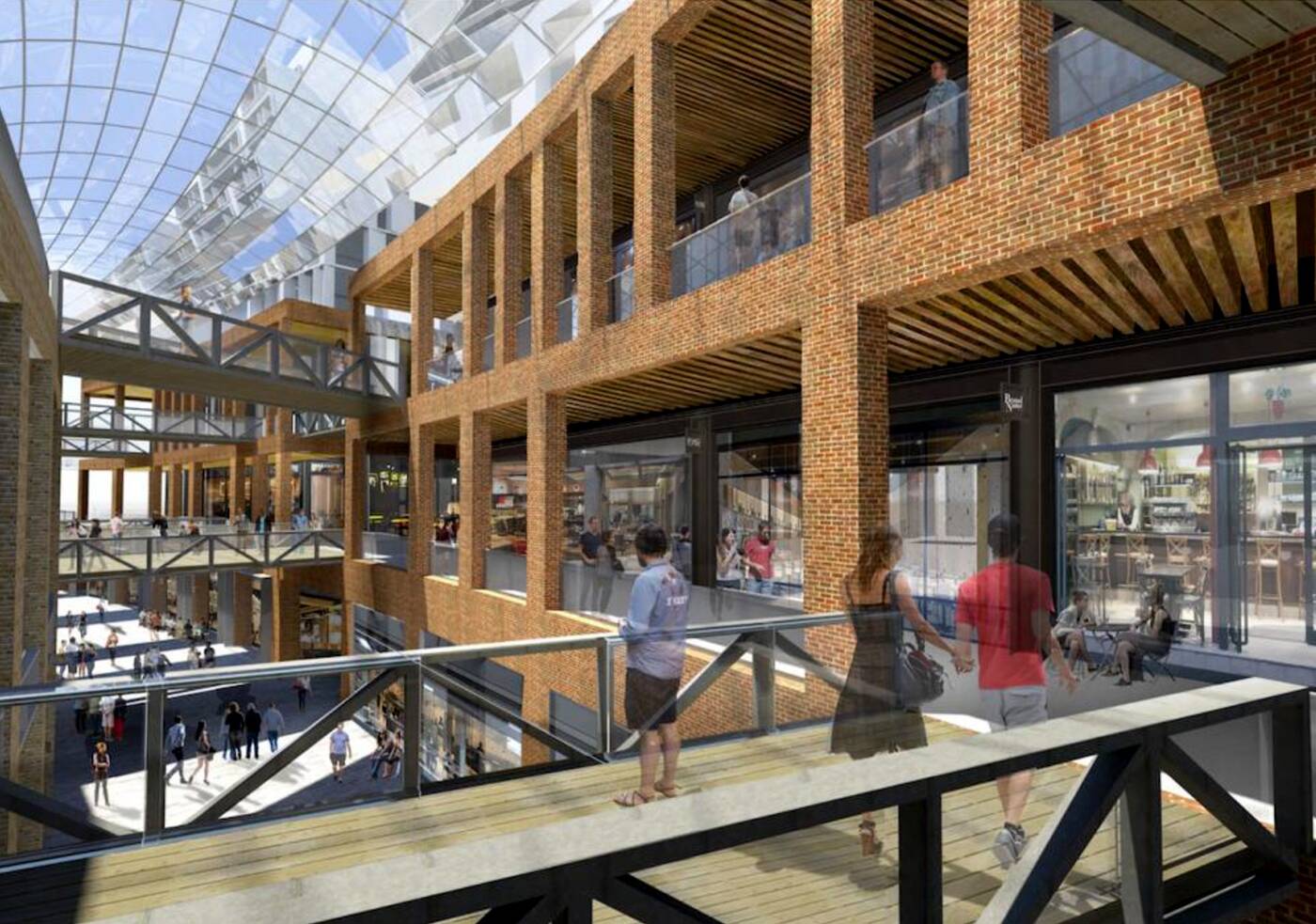 All told, the Well might feature well over 400,000 square feet of retail and hospitality space — all this right at the corner of Front and Spadina streets. You can bet that the Puente de Luz bridge is going to get a lot busier in the years to come.

The development still requires approval from the city, so it's a little early to bank on everything looking exactly as it does in the snazzy renderings, but this is planned as much as a retail and food destination as a condo, and that will make many people quite happy.