Mayor John Tory is going all in on plans for the long-awaited Eglinton East Light Rail Transit line, promising residents of Scarborough on Monday that the project will move ahead — and sooner rather than later.

The Eglinton LRT envisioned by Tory would effectively connect Malvern residents to a form of rapid public transit for the first time ever. Currently, they're served only by buses.

The report indicates that we should move ahead with planning the entire Eglinton East LRT line now including a 6-stop extension from Kennedy Station to Malvern Town Centre as opposed to breaking it up into two separate projects.

It would run just east of the already-under-construction Eglinton Crosstown LRT, from Kennedy Station along Eglinton Ave. all the way up past Sheppard Ave. to Malvern Town Centre. 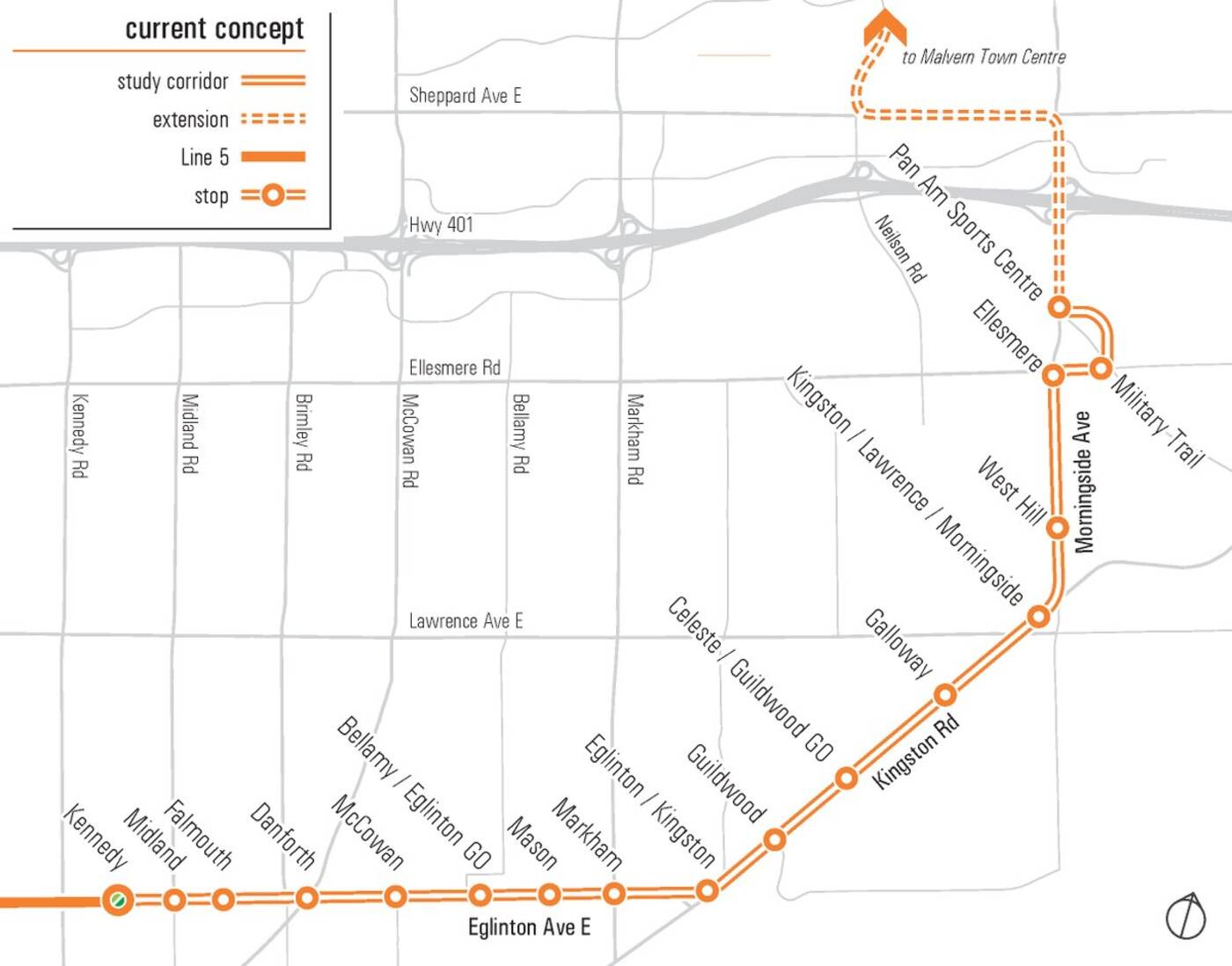 The emerging preferred alignment of the Eglinton East LRT as shown in a city staff report on next steps for the project. Image via City of Toronto.

A report set to go before the City of Toronto's executive committee next week recommends the re-designed extension as part of an "emerging preferred alignment" for the Eglinton East LRT.

It was prepared by the Interim Deputy City Manager, Cluster B and Chief Planner and Executive Director, City Planning Division, in consultation with the TTC and Metrolinx. 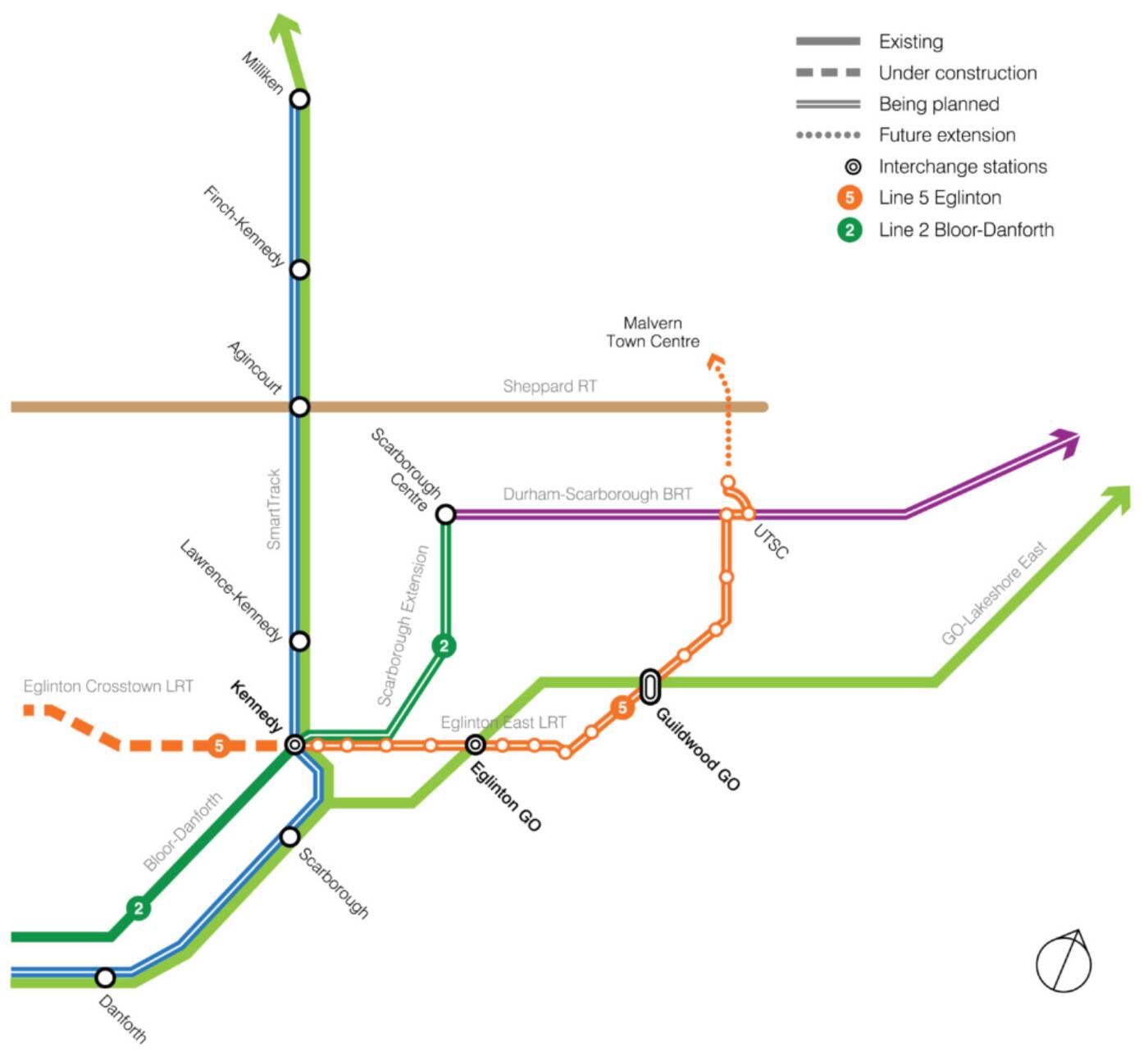 This map shows the Eglinton East LRT along with the proposed Scarborough subway expansion, two new SmartTrack stations and ,pre rapid transit routes to come. Image via City of Toronto.

Previous to this iteration of the LRT, staff had proposed a 17-stop line running from Kennedy station to U of T's Scarborough campus, just south of the 401.

Financial details for the new plan with Malvern included are murky, as The Star reports, with no clear funding plan in place.

Yes, Toronto did just secure $9 billion from the federal and provincial governments to build priority transit projects (one of which is the Eglinton East LRT), but it's not nearly enough to build everything the city has planned.

The five priority projects on deck are estimated to cost at least $17.4 billion alone, and that's an early, conservative estimate.

Unbelievable? Sadly no.
This is the worst kind of transit planning. #TOpoli https://t.co/eOXoEkuBTZ

"We're going to have to advocate for more money, there's no secret about that," said Tory during yesterday's press release.

Having lots of conversations, and holding impromptu town halls, with Scarborough residents on the SRT who will lose 4 stations, without replacements, if the $multi billion 1 stop subway is approved. They’re telling me to move forward with an honest plan for 24 LRT stations. pic.twitter.com/QneQ1AKLD9

Whether or not his efforts in doing so will pay off remains to be seen.