Another day, another condo tower creeping its way into downtown Toronto. Three of them, actually, in this case!

Nearly 2,000 new condominium units have been proposed across three buildings at the corner of Front St. and Spadina Ave., right across from what will eventually become The Well.

According to Urban Toronto, the curved corner complex, designed by Kirkor Architects, consists of a trio of towers rising 26,57 and 59 stories high as it's planned right now. 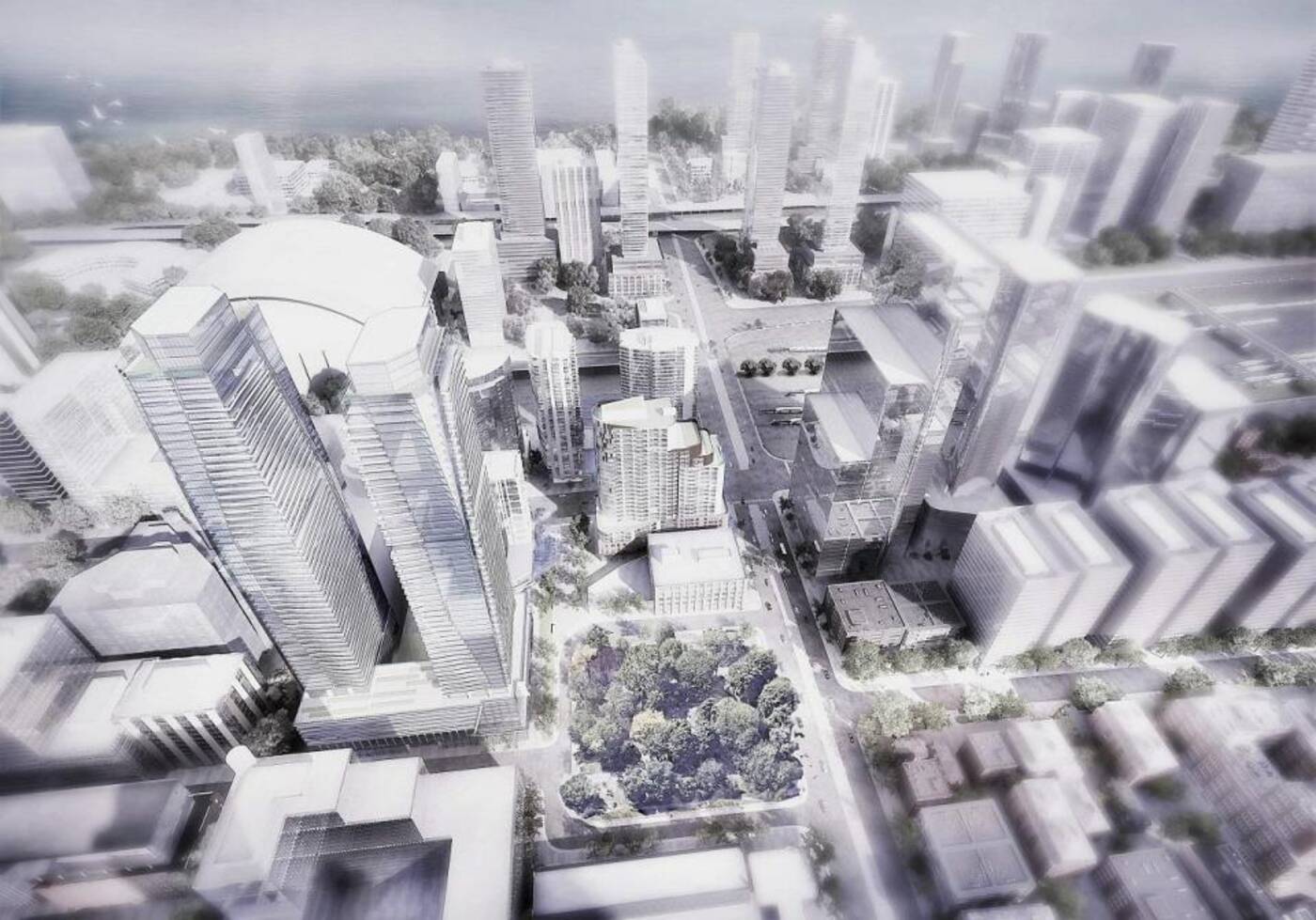 All together, this development would bring 1,937 new residential units and 3,597 square metres of retail space to the corner – which, as dense as the area is, has remained largely underdeveloped thus far.

At present, 400 Front Street serves as a parking lot – but not for lack of trying.

A different plan from State Building Group and Stanford Homes had been put forward for the space back in 2015.

That plan, created by architectsAlliance, would have resulted in four towers with heights of 24, 25, 56, and 60 storeys and a total of nearly 2,300 condo units on the lot. 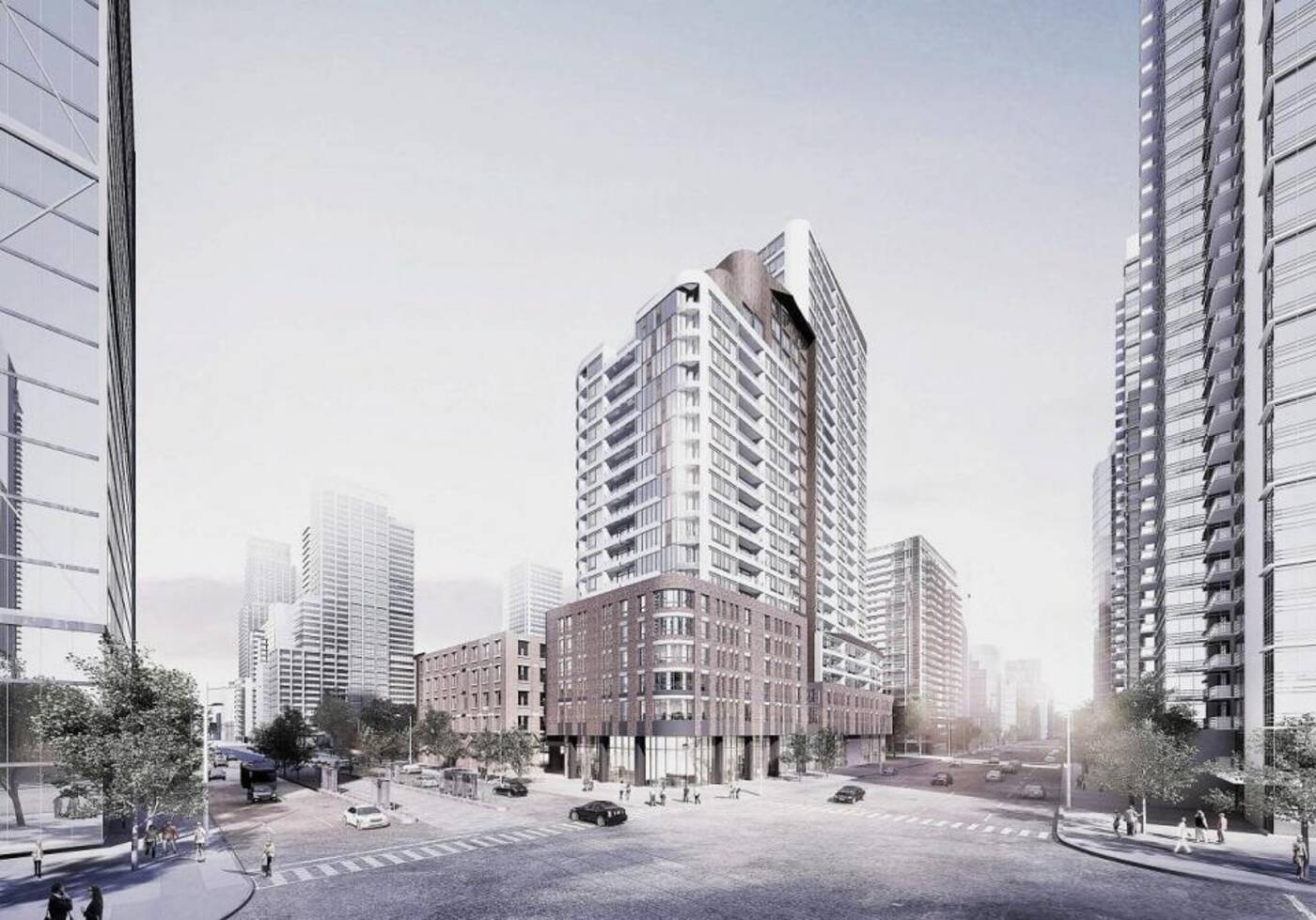 Three years on, the project looks quite a bit different.

Most of the development's density, as Urban Toronto points out, will still be gathered toward the site's northeast corner near Wellington and Blue Jays Way.

Putting the tallest buildings near the back corner of the lot, so to speak, will make for a smoother visual, and structural, transition between existing nearby low-rise buildings and the soaring condo tower. 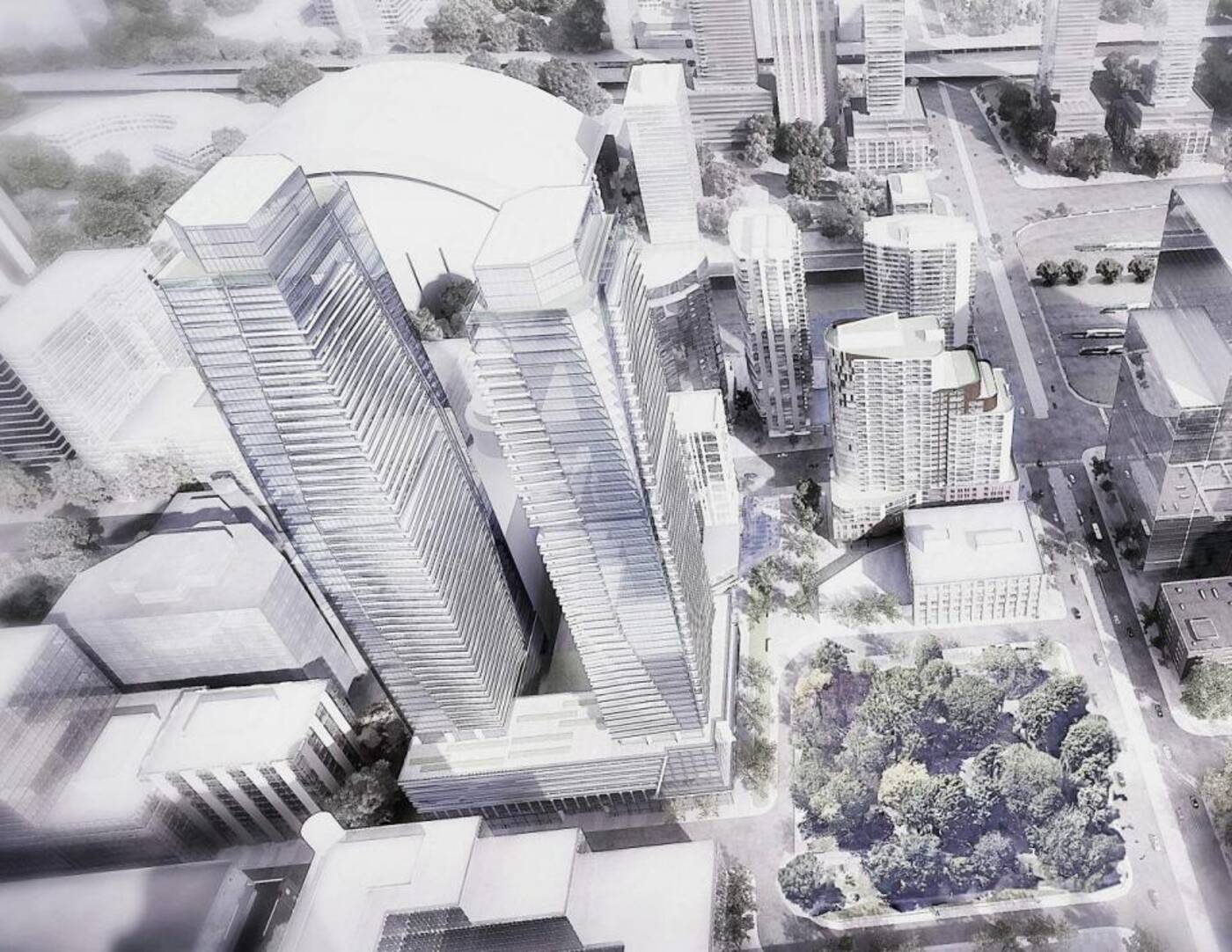 The shortest of the new development's buildings will be roughly equal in height to the historic Clarence Square Building (built in 1911) next door.

Speaking of Clarence Square, that shady little gem of an urban park is safe from the perils of construction, thank god.

A 1,608-square-metre parkland dedication was added to this revised version of the proposal, which will include a pedestrian link from Front street to what might be the best place in Toronto to watch the leaves fall come autumn.