At long last, the deciduous trees of Toronto are putting on their annual autumn colour show for local humans to enjoy.

It's a little late, but we might still get a decent show yet.

Tree-lined streets and forested areas of the city are currently transforming into sea of yellows and oranges with the occasional burst of red, just like what cottage country started doing a full month ago.

Foliage fans are sharing pictures of the transition from all over the 6ix, and as usual, they're beautiful.

The Moore Park Ravine has really progressed over the last week with the tree canopy taking on bright yellow tones, but right now it's Toronto's eastern parks that are the furthest along. 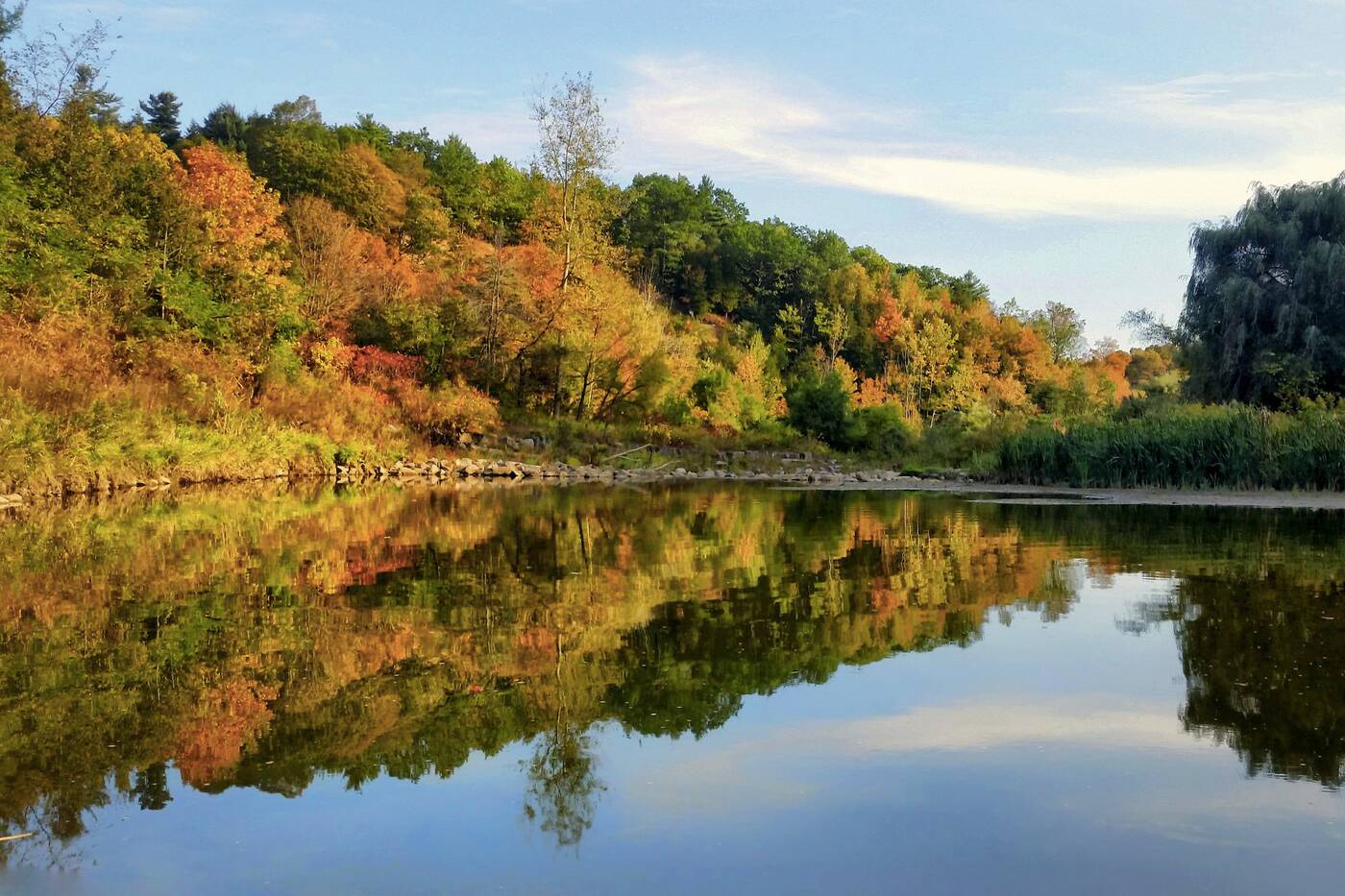 The Rouge River doesn't have much pure red on display, but the range of colours right now is very pretty. This weekend would be a great time for a fall hike. 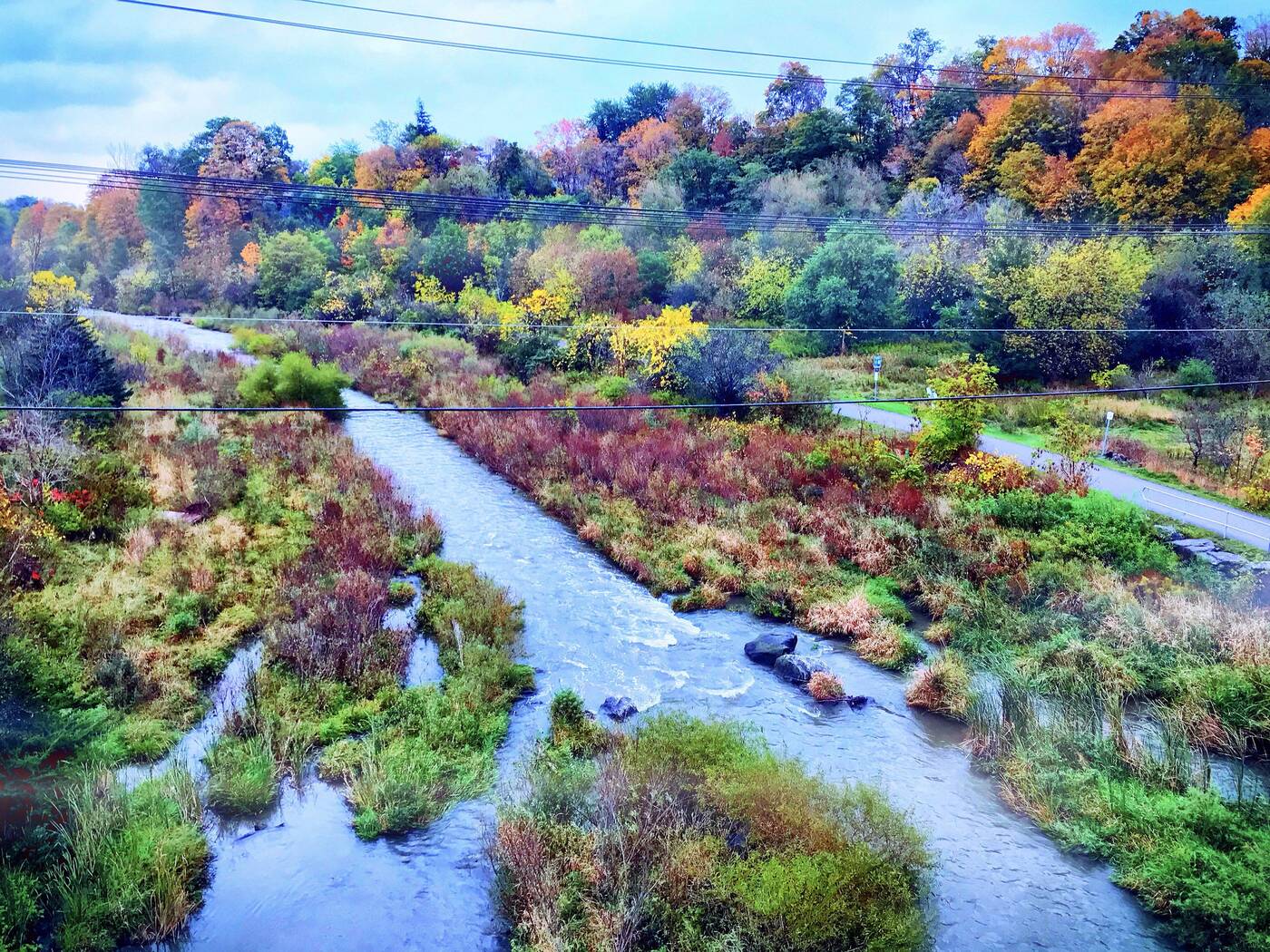 What the Rouge looks like in mid October. Photo by Shahzad Alvi.

Trinity Bellwoods shows a few bursts of colour amidst a backdrop of greenery.

Ditto for the Humber River, though the colour is starting to come on now and will likely advance quite quickly.

Christie Pitts is starting to get very yellow, which makes sense given the heavy presence of Norway Maples here, which tend not to burst into orange or red tones.

Peak leaf-changing season is usually about two weeks long – and it's barely just started in The Don Valley, which tends to lag a bit behind the city's other parklands. 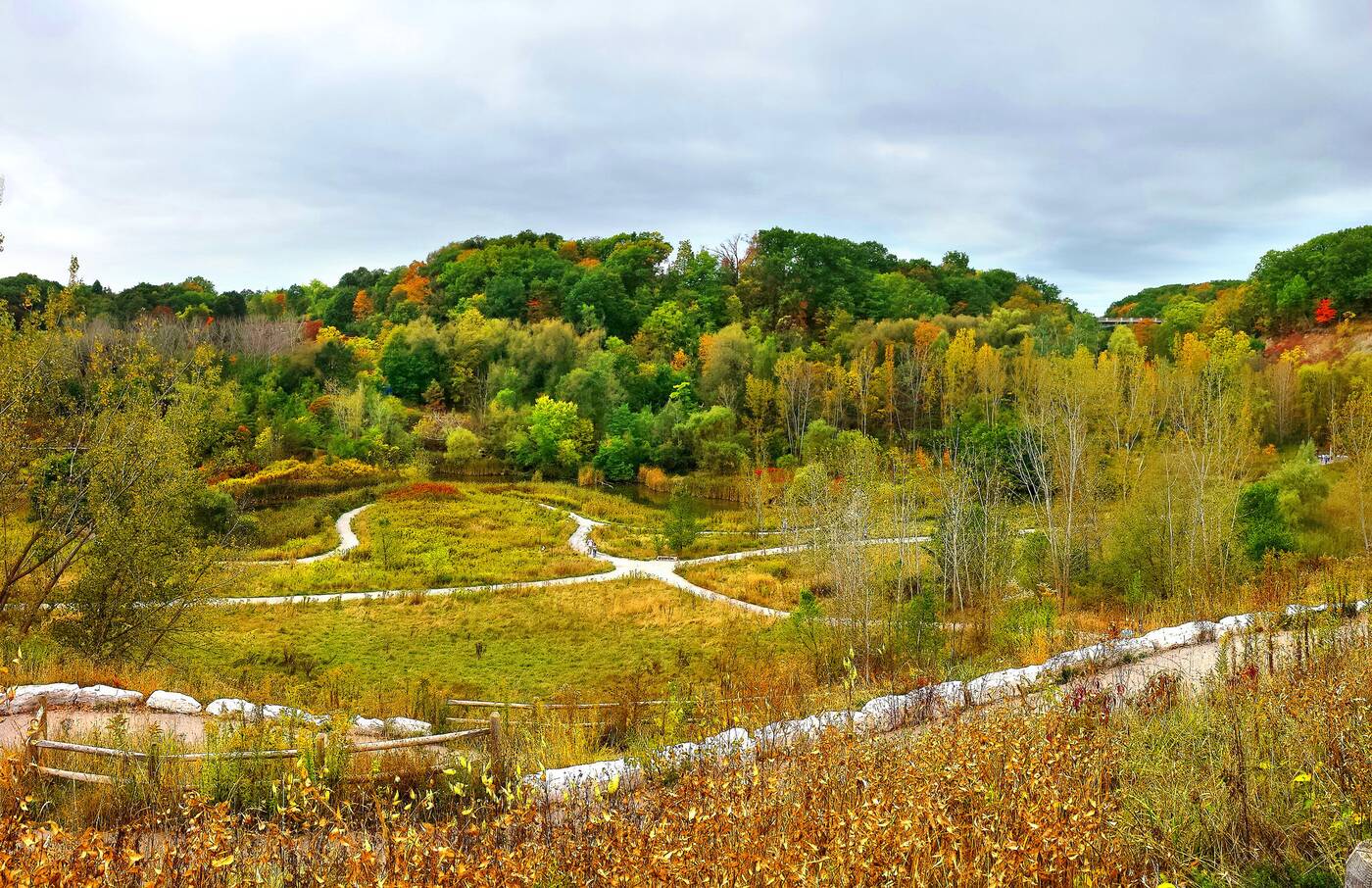 A view of the Don Valley Brick Works, which is just starting to change colours. Photo by Dan Phillips.

There's still plenty of time to get out and experience the magical autumn hues with your own eyes, if you're keen.