The 5 dumbest things you can do on the TTC

The TTC gets its fair share of criticism for everything from short turns to train delays to weekend subway closures, but passengers also contribute to loads of problems on our transit system. There are plenty of occasions when delays can be blamed on your fellow rider.

Here are the dumbest things you can do on the TTC.

This should really go without saying, but the number of delays the TTC reports are caused by trespassers at track level is staggering. If you're not concerned with electrocuting yourself or getting hit by a train, at least think of your fellow commuters!

Drive your car into a streetcar tunnel

It should be easy to avoid driving into TTC streetcar tunnels thanks to the huge NO ENTRY signs posted at their entrance, but somehow people still manage to enter Union and St. Clair West stations. It's the former that's the real problem, though. Once a car gets in, it ain't getting out. 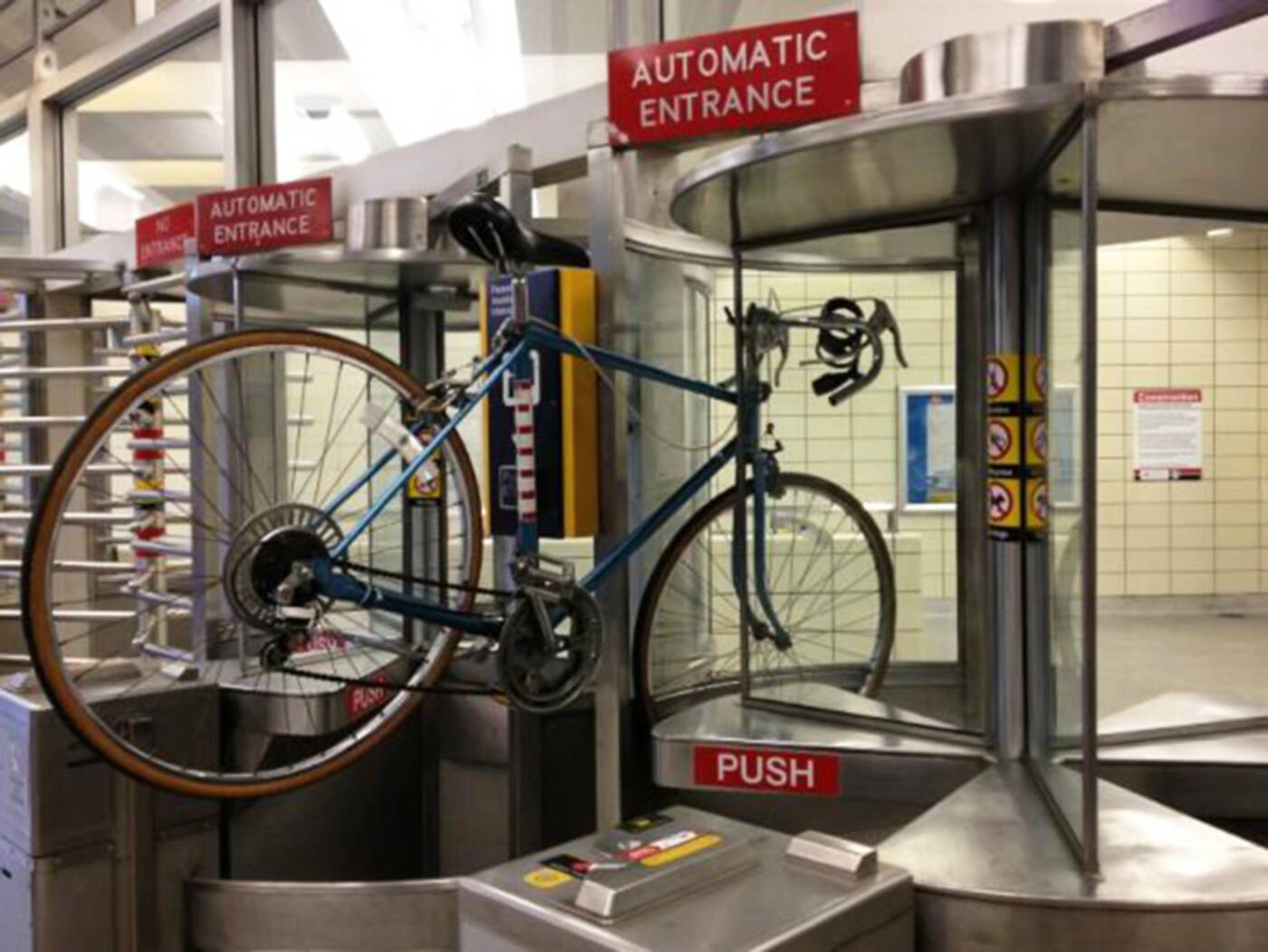 The turnstile claims another victim! But really this is silly rider behaviour. Photo by Laurie Brown.

Take your bike through an automatic turnstile

One benefit of the new Presto fare gates is that soon people will no longer be able to try to fit their bikes through the automated turnstiles at subway entrances, thereby saving everyone a lot of hassle when they inevitably get stuck. Isn't it obvious that it won't fit through?

Throw trash on the tracks

Sometimes common courtesy isn't so common. The TTC still suffers from frequent delays caused by fires at track level that ignite when trash comes in contact with the third rail. Just put it in the bin, please.

Okay, most of us have done this at some point, but it's still a bad habit for a whole host of reasons, not the least of which is the screeching halt that T1 trains come to when they think the doors aren't closed. In addition to the jolt, messing with the doors leads to numerous train delays.