A history of Halloween on Church Street in Toronto

Church Street has become Toronto's unofficial Halloween destination. Every year, it transforms into a pedestrian-only boulevard packed with people in outrageous and inventive costumes. It's a party, regardless of the weather and what day Halloween lands on. Work night? Who cares!

But how did this party get started? "It's one of the events in the City of Toronto that needs very little advertising, but gets numbers of people regardless of it's cold, or wet, or anything like that," says Christopher Hudspeth from the Church Wellesley Village BIA. 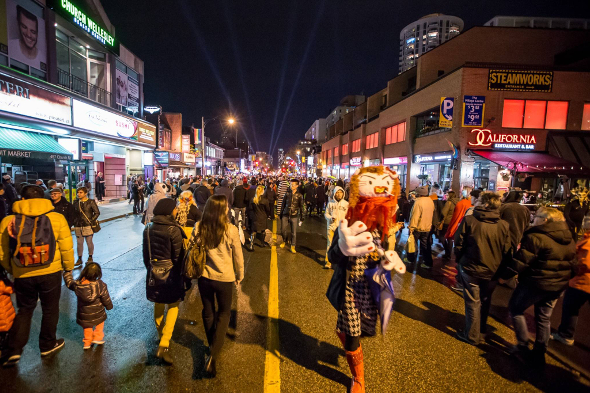 He says the tradition dates back to the 1960s and 70s. Back then, Halloween gave men a chance to dress in drag - it wasn't really legal any other day of the year.

Bars on Yonge, like the Parkside Tavern and the St. Charles Tavern, held Halloween balls, and many would come gawk at those attending, writes Jamie Bradburn for Torontoist. In the late 1970s, the crowds turned vicious, mocking, jeering and even throwing eggs at those dressed up.

By the early 1980s, things quieted down on Halloween night, and as bars moved to Church Street, so did the party.

Dean Odorico, who owns the popular bar Woody's, has watched the annual Halloween festivities grow over the past 27 years. He says Halloween is an important day for the LGBTQ community and that there have been big parties on Church Street for as long as he's been in the neighbourhood. 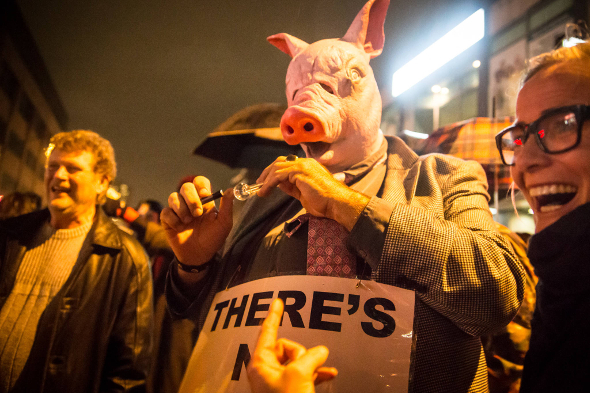 And he notes those who participate take their costumes very seriously. Usually, costumes tend to focus on central theme. "Like when Rob Ford was mayor, there were some amazing costumes," he says with a laugh. "I'm sure there will be a lot of Hillarys and Donald Trumps this year," he continues.

Not everyone is happy, however, with how the event's currently being marketed. The BIA runs it, and in its promotional material, there's very little mention that it's an LGBTQ celebration built on a rather dark history.

Without acknowledging this, some say it becomes a spectator sport, where people come out to take photos and gawk at the festivities without participating in them. 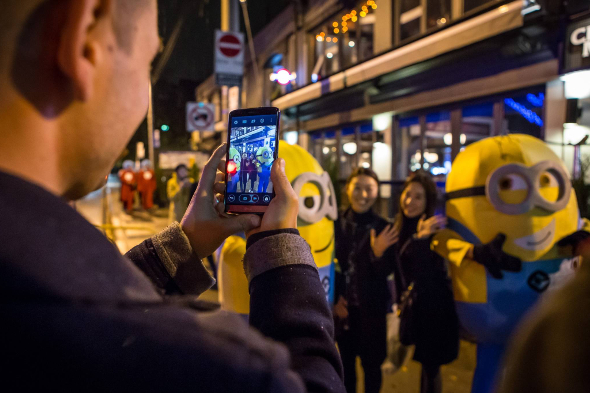 But like in years past, this Halloween will be no different as Church Street's slated to be jam packed on Monday night. Hopefully, it won't rain and the costumes will be as phenomenal as in previous years.